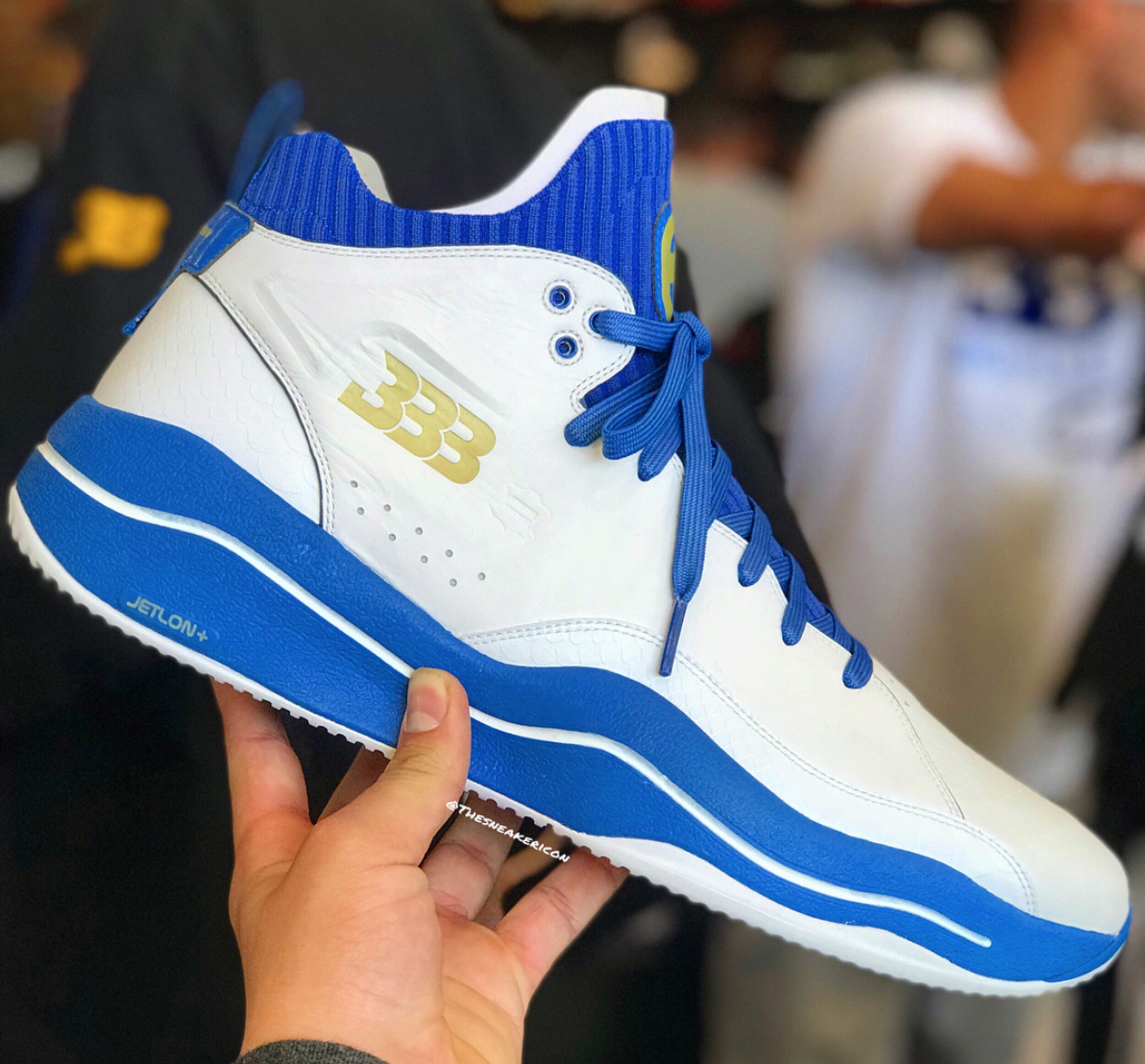 After pulling LiAngelo Ball out of UCLA, the LaVar Ball has hinted at an upcoming Gelo signature sneaker for the past few months. We finally got our first look during All-Star Weekend.

Gelo, the second son of LaVar Ball, was under NCAA jurisdiction during his short-lived UCLA and was not able to have a signature sneaker. Now that he exited the program (due to a shoplifting charge in China) he was able to showcase his first Big Baller Brand sneaker: the Gelo 3.

Exhibited during a Big Baller Brand pop-up event during NBA All Star weekend — where Ball family members were charging hundreds of dollars for autographs — the Gelo 3 is a high top sneaker that features a simple blue and white colorway. For cushioning, the Gelo 3 features Jetlon+; the foam is also used in Brandblack’s Future Legend and Rare Metal models.

What do you think about the Gelo 3? Leave a comment below and let us know. 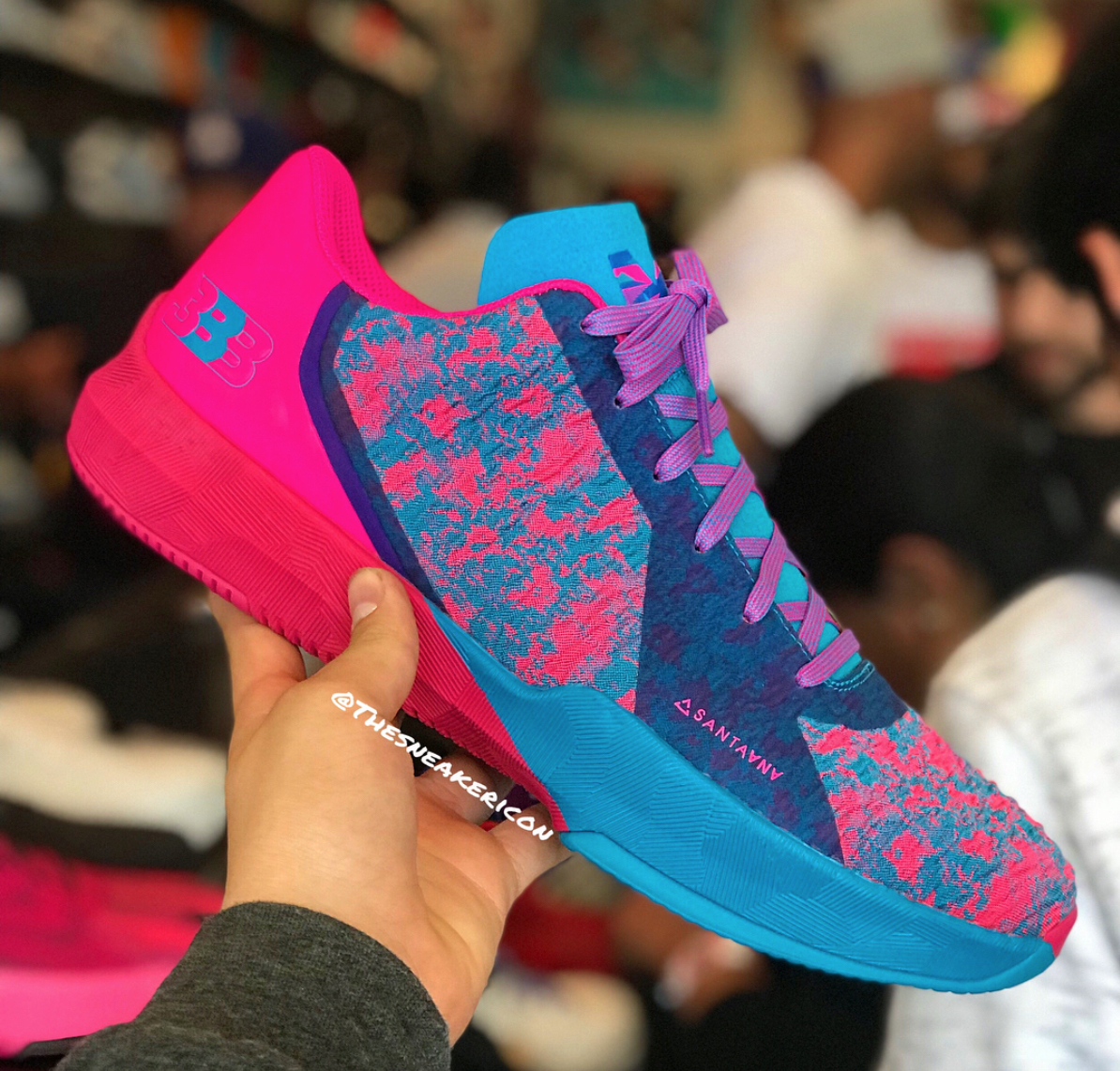 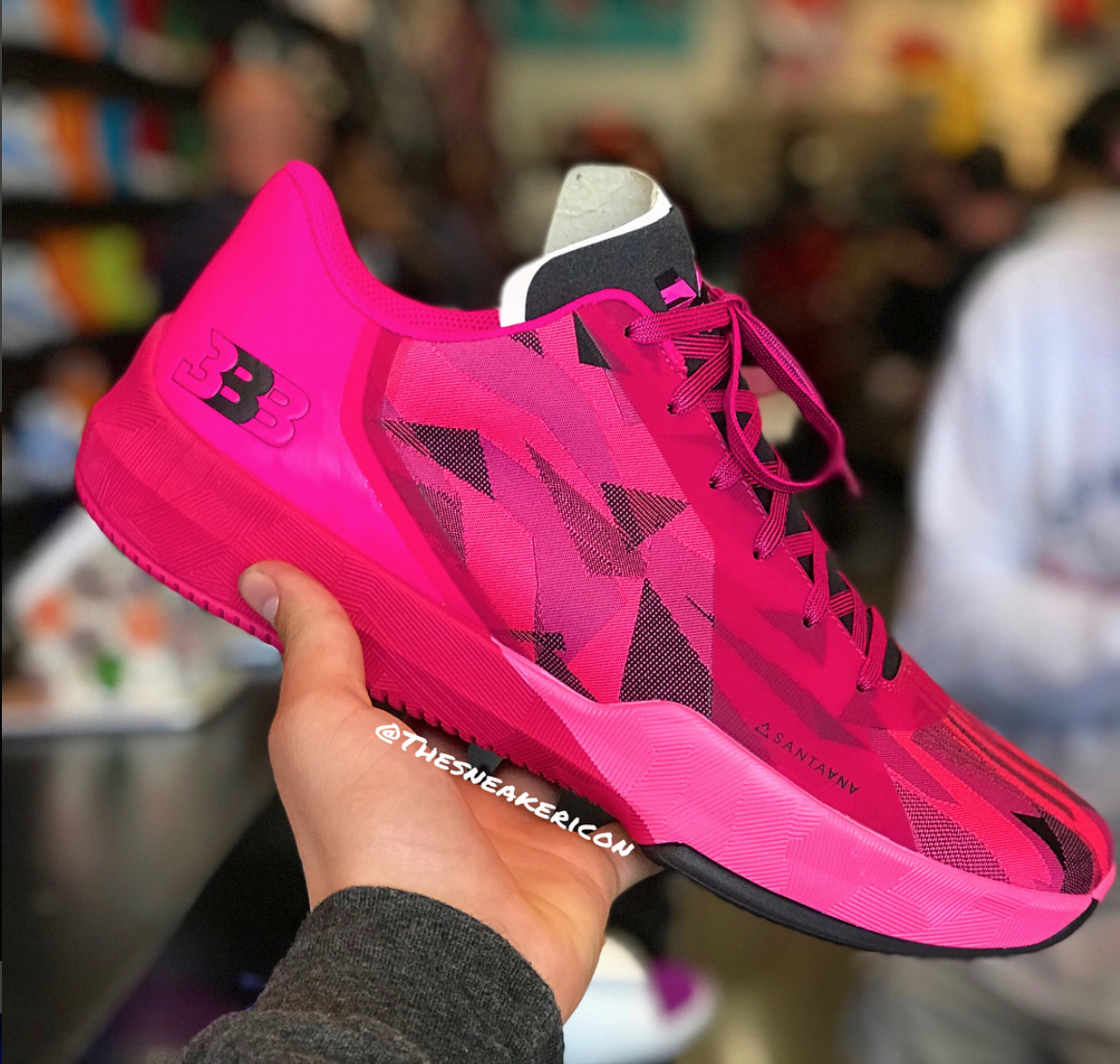