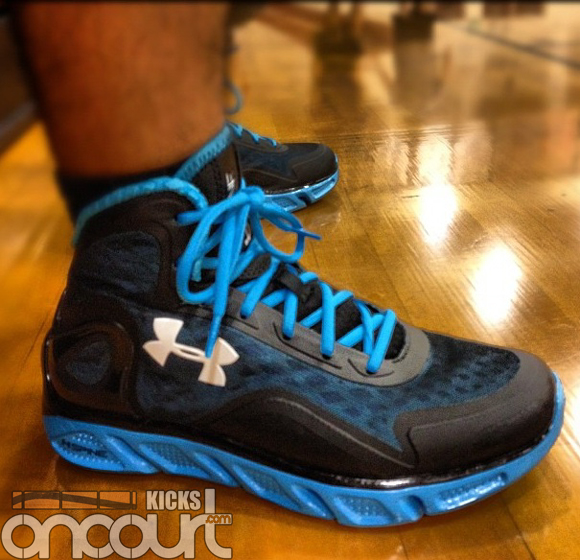 The full performance review for the Under Armour Spine Bionic is now available. The video should be available soon! 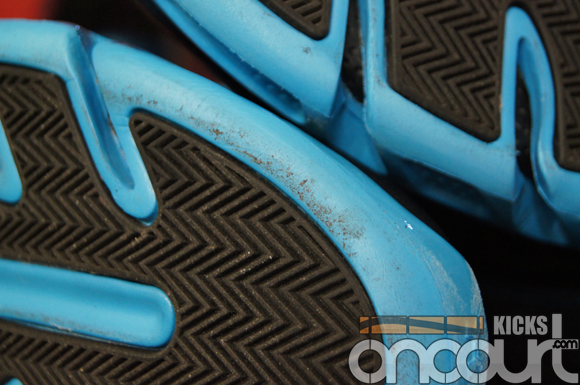 Traction – The traction didn’t look great at first – seeing as how it’s surrounded by foam – but to my surprise it was phenomenal. Even the foam lent a hand in keeping you secured to the hardwood – most likely due to the paint – so if you weren’t paying attention you could end up tripping over yourself.

If you love traction – and I mean LOVE – then you will want to try these out. Outdoor players, you could try them out but I don’t know how long they would last you from a durability standpoint. 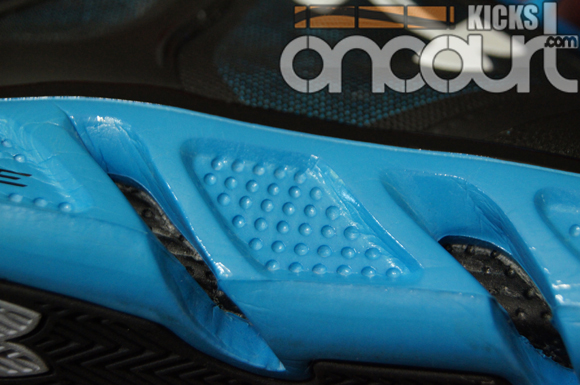 Cushion – Micro G is awesome, as usual. From heel to toe you receive ample cushion, impact protection and you don’t lose a bit of court feel… even though you are raised above the ground a bit higher than you would be in say the Micro G Torch.

The only hindrance was TPU support frame but there was also a Micro G insole provided which helped relieve stress upon impact… you know… so it didn’t feel like you were crashing down on a piece of plastic even though you were. If you want more info on the cushion then check out Part 2 of the Under Armour Spine Bionic Performance Teaser – link found down below. 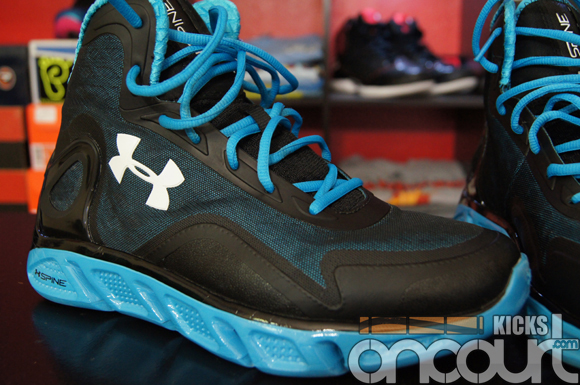 Material – The materials aren’t amazing whatsoever but they get the job done so for that they received a solid score. Basically you have a thick Fuse like material along with mesh… sound familiar? Their lack of creativity is the only thing that left me unimpressed… I can’t criticize them too badly since other brands have adopted some sort of Fuse material but again, I just can’t be impressed when it’s been done before. 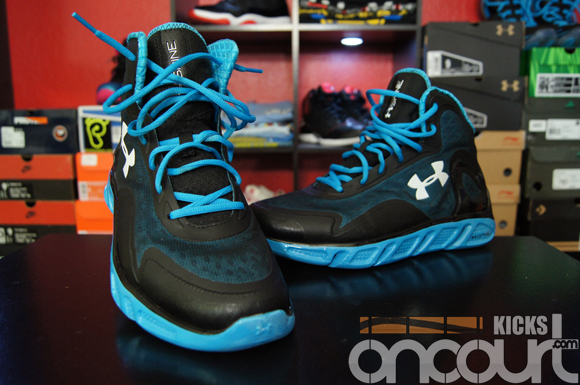 Fit – They fit true to size and lock down is amazing. This is where the materials did make me smile a bit. The panels of Fuse are few and far between but they were placed perfectly… without making up most of the shoe. Keeping your foot in place and secure, the materials and the last used work well together without creating any pain or hot spots. One of the best fitting shoes if you ask me… and I wear a lot of shoes. 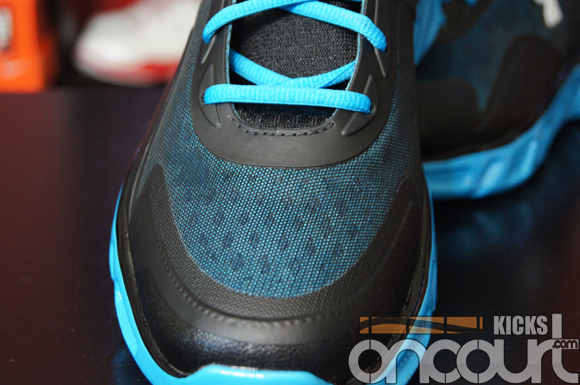 Ventilation – It looks plentiful… but it is minimal. They should have used HearGear but maybe they can’t at the moment. Under Armour hasn’t had vary many ventilated shoes to begin with so I don’t personally hold it against them. 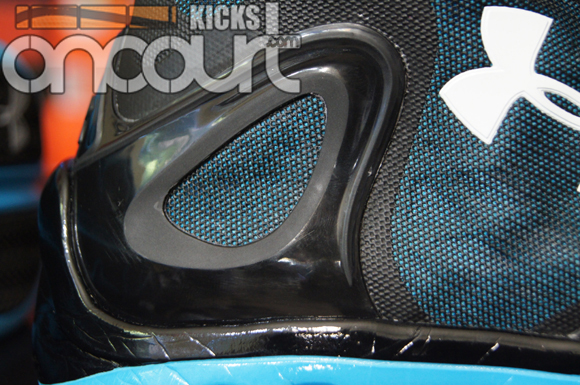 Support – The TPU heel cup keeps you locked in while the plate stretches beneath your foot for torsional support. Like I said above, the materials and fit do a good job of keeping you in place and secure, furthering their supportive attributes. UA’s Spine is the real winner as it’s that stable platform I was asking for with the Micro G Torch review. Support is nearly perfect in this shoe while it surprisingly doesn’t leave you feeling restricted at all.

Overall – Much like Nike’s Hyperdunk, the Under Armour Spine Bionic is one heck of a versatile shoe. Nearly every position can wear the shoe as it has featured that typically cater directly towards their position. They have what Guards want… they have what Forwards would want and they have what some Centers would want.

It’s safe to say that these are one of the best well rounded performance models available… especially at their price point. If you were afraid to try out Under Armour’s previous models for one reason or another, then this is the one that you should try first… it will leave you wanting to try them out more often. 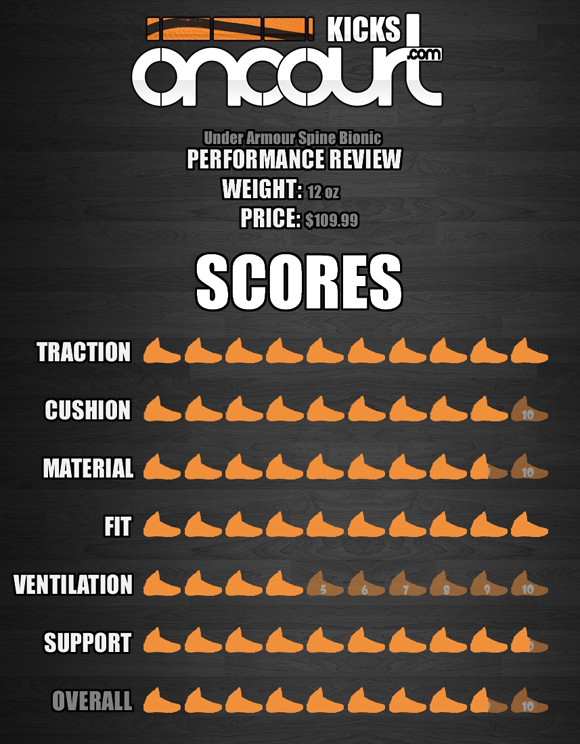