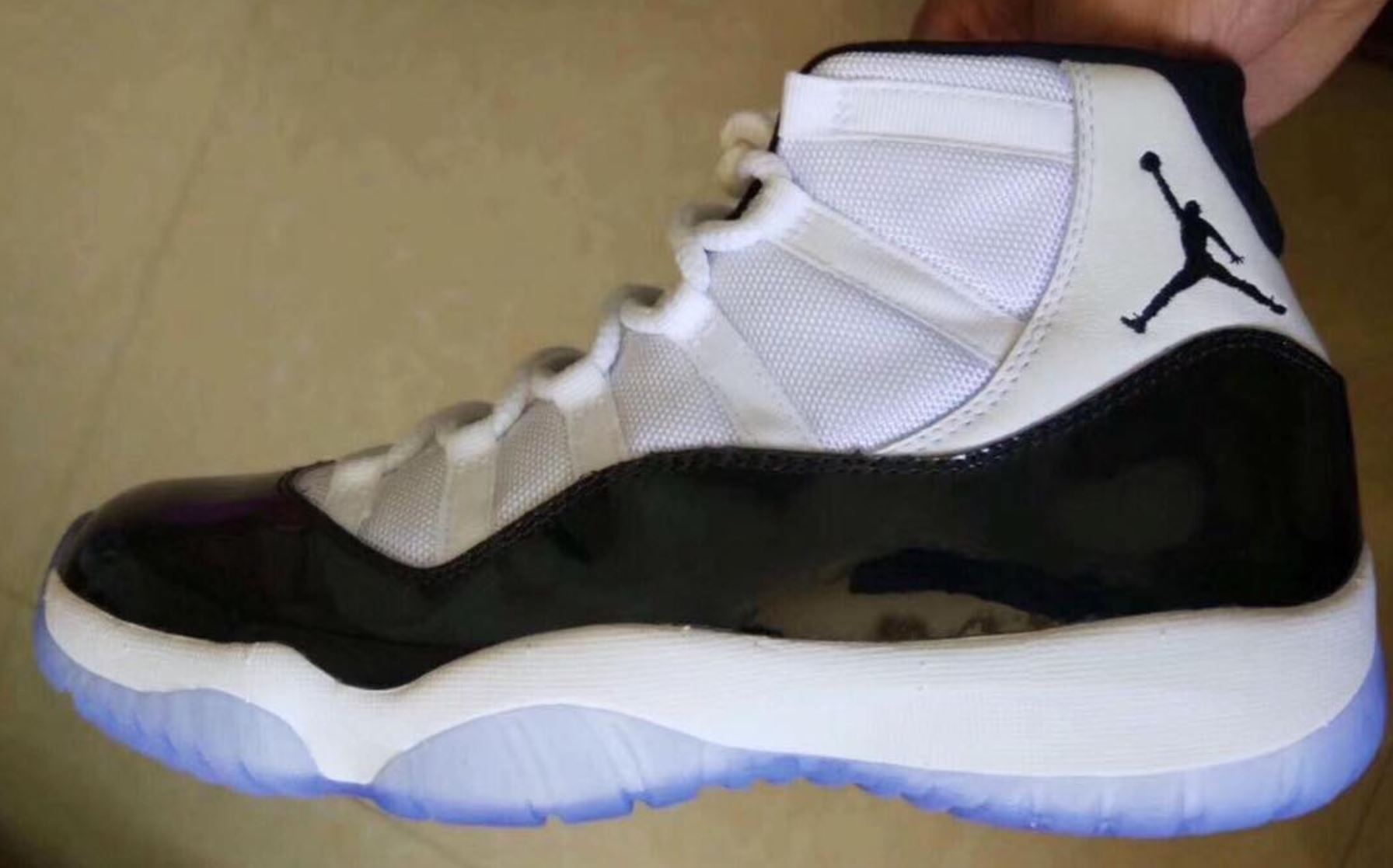 In May, the 2018 Air Jordan 11 ‘Concord’ broke the sneaker Internet with the unveiling of 45 on its heels. Now, we’ve got another look at the upcoming release.

Scheduled to release right before the holidays on December 8, the Air Jordan 11 ‘Concord’ flaunts the number Michael Jordan wore when he returned to basketball after his first retirement. This 2018 build — the fifth release of this shoe — is true to the version Jordan actually wore in the Playoffs.

Hardcore fans will be happy to know that this Air Jordan 11 ‘Concord’ will feature the Jumpman facing the proper direction — towards the toe! The last version, which released in 2011, did have the proper Jumpman but sported the 23 at the heel.

While no official release details have surfaced, the 2018 Air Jordan 11 ‘Concord’ is expected to retail for $220 and release in a run of a million units for men’s sizes, according to leaker @pinoe77.

Will you be trying for this pair come the holidays? Let us know in the comments.