AND1 Attack 2.0 | Detailed Look and Review 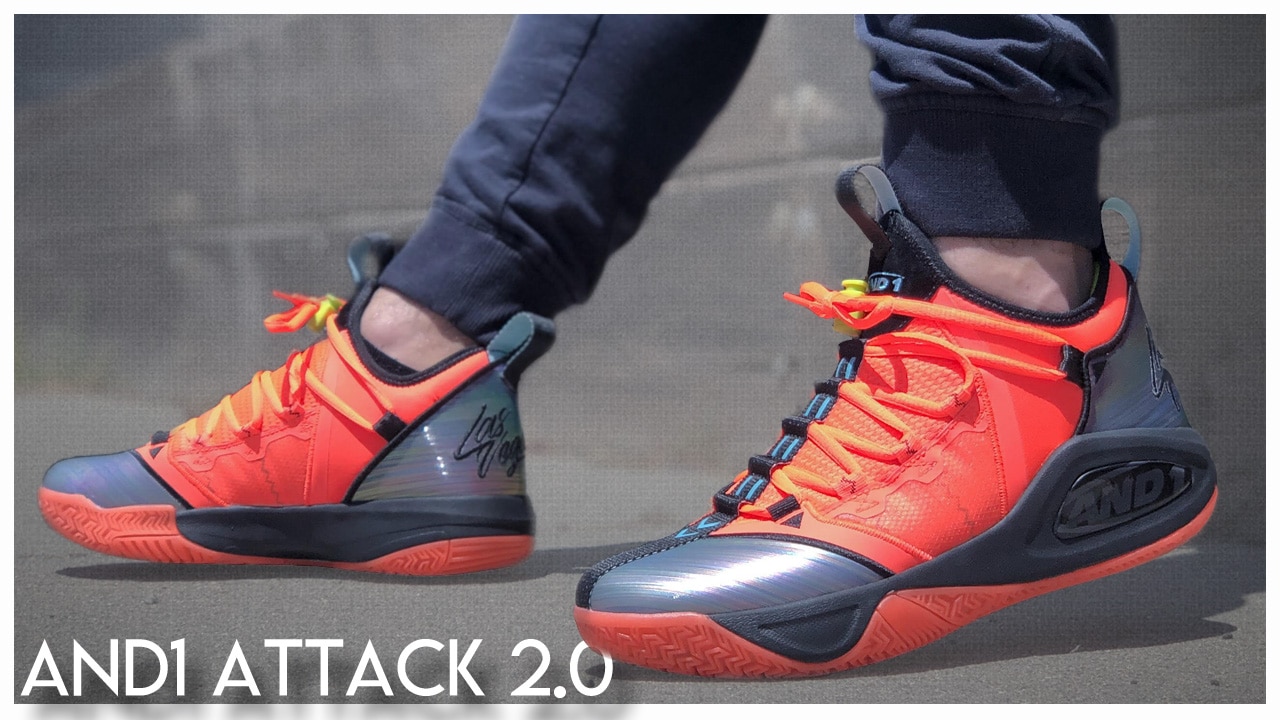 These aren’t your local Walmart AND1’s.

After releasing a surprisingly solid basketball shoe in the AND1 Attack, the sequel dubbed the Attack 2.0 looks to upgrade in the areas where the original lacked.

The fit is the first thing I noticed when I tried the Attack 2.0 on for the first time. AND1’s original Attack was very snug at the toe and took a while to break-in. This new version has updated the fit and has given a bit of additional volume above the toe so more foot shapes will be able to fit comfortably.

Harmonix RX cushioning is back along with the traction that was wonderful on the original model. The new Harmonix RX, featured on the first AND1 Attack, is an ETPU layer within the EVA midsole carrier. It’s not super thick, but it’s enough to provide comfort, court feel and protection while still being stable.

Materials were probably the worst thing on the original AND1 Attack and that has been updated on the Attack 2.0 as well. What you see here is similar to what you’ll see on a lot of models from the main heavy hitters in the sneaker world.

I’m not sure when the AND1 Attack 2.0 will release or what the retail price will be, but once I hear something I’ll be sure to post an update.