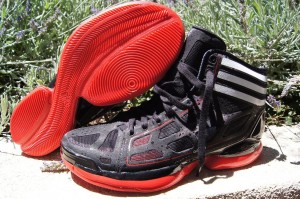 These things are indeed crazy light! They make the Kobe VI’s feel like bricks when holding one in each hand. 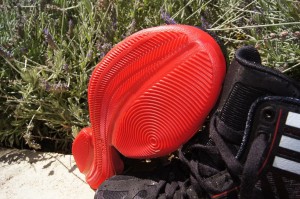 Traction looks BEAST! I tried them on and was literally shocked by my inability to slide my foot around the floor… not even a little. I thought the Kobe IV and KD3 had good traction but so far these look like they may beat the snot out of those two. 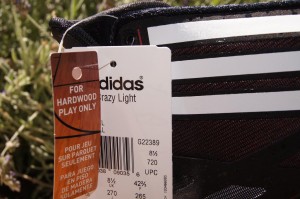 For Indoor use only… that’s a bummer… 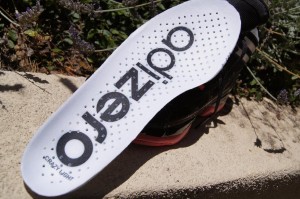 The retail version comes with two insoles. One is Crazy Light (which is what these are) and the other is Crazy Cushion which was not sent to me with the package. 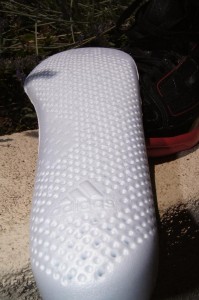 The ‘Crazy Light’ insole reminds me of the same material the Kobe VI insoles were made of just a little thicker and less dense. I do wish the cushion insoles came with these because I can feel the SprintFrame in the arch area when I tried them on. 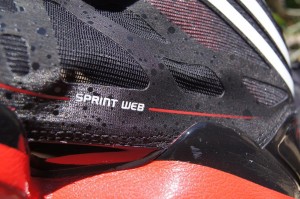 The SprintWeb is the outer layer on the upper. It’s very thin and malleable which helps conform to your foot no matter which direction you are headed. I will assume based on the upper’s build that this is strictly a Guard oriented shoe… a SF may get away with wearing these as well. 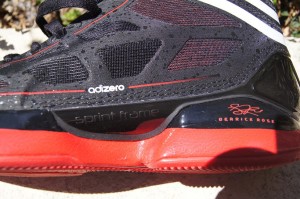 The SprintFrame is the TPU plate in the heel that extends through the midfoot. It’s very thin and looks to be placed right where you need it for support. 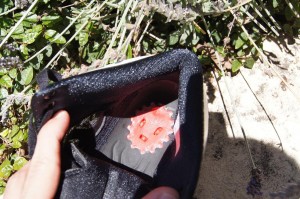 Cushion comes from this VERY lightweight and spongy EVA foam midsole. It’s very ‘cushy’ at the moment but may not last too long with numerous wears; this is just an assumption so I won’t say for sure until I test them out a bit. The SprintFrame is directly below the mid foot with a break point in the heel where the EVA foam comes through for heel cushion. The SprintFrame ends just before the midfoot so the entire forefoot is the same foam cushion. 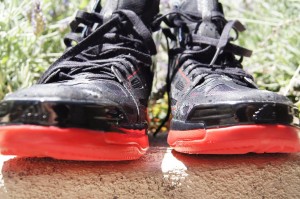 That’s my first impression on the Crazy Light… can’t wait to try them out on court!!!