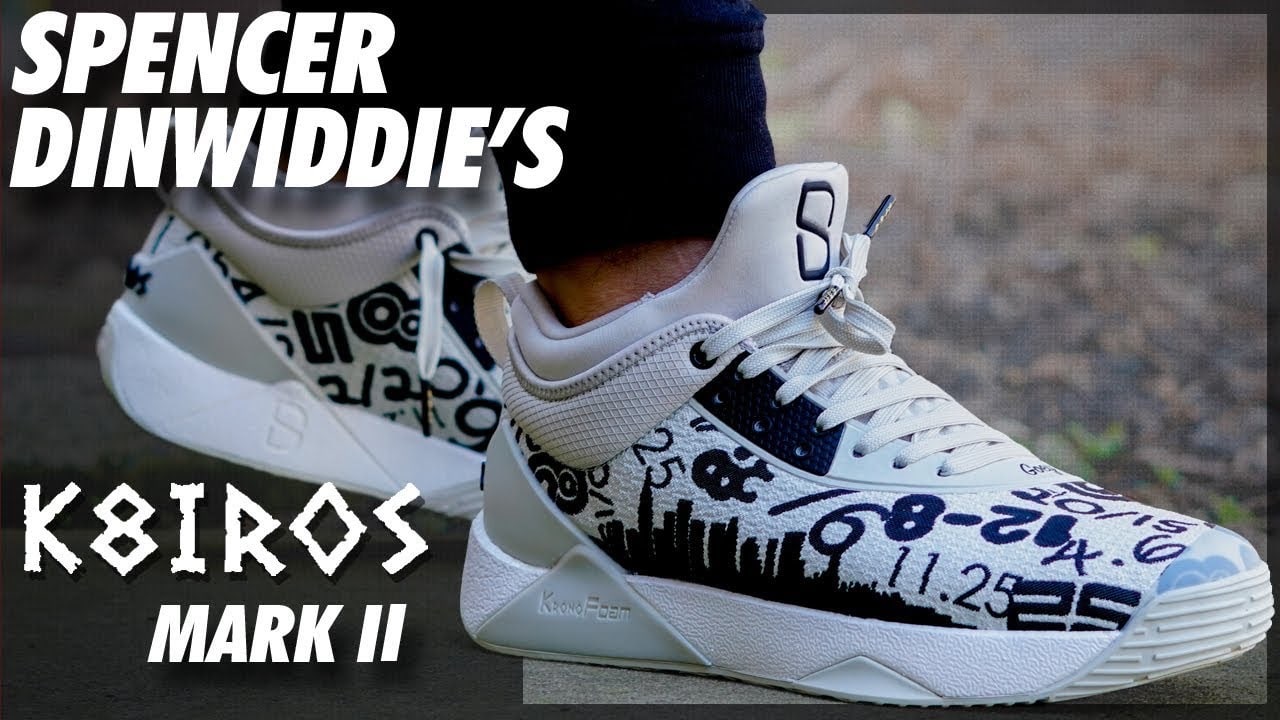 Standing out in a crowd used to be the cool thing to do. Nowadays, following trends is safer for fragile egos. Spencer Dinwiddie has chosen to build his own brand instead of swimming in a sea of Swooshes throughout the NBA with his own sneaker, the K8IROS Mark II.

Admittedly, starting a new footwear brand in 2020 is hard to do. Well, it’s actually easier to do than ever if you have the funds, but selling the product to consumers is harder to do than ever before. However, some NBA players still understand the value they have to offer a brand and wish to leverage that to build a direct relationship with fans rather than being another face on the roster with a minimum deal.

Dinwiddie’s K8IROS brand of shoes is now on its second iteration, dubbed the K8IROS Mark II. The Mark II has tweaked the outsole traction pattern found on the original while keeping the overall look fairly similar. Its midsole utilizes a Pebax derived foam called KronoFoam for its cushioning. From a try on they feel bouncy under-foot so I’m hoping for a fun ride on-court.

Materials are a jacquard knit with TPU overlays and an asymmetrical lacing system. An internal sleeve with plenty of padding fills the interior of the model while an external TPU heel counter is in place to keep you locked in.

Further detailed information can be found in our video review, but we plan on testing the K8IROS Mark II fully on-court and coming back with a full performance review in the coming weeks.

If you were interested in checking out the K8IROS Mark II they are available now at ProjectDream.io for $130.