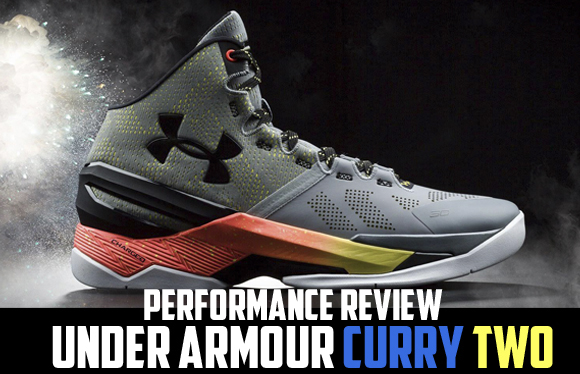 Traction – Beastly. No other way to describe it. Still not quite on the same level as the Air Jordan XX8 or Nike Kobe 9…but it’s REALLY damn close. There were times when dust was an issue — caused minor slipping — but there is so much aggressive traction available that even while in a slipping motion the coverage was able to eventually grip and hold enough to where you’re moving – whether toward the basket or around a screen — it was still strong enough to beat your defender. 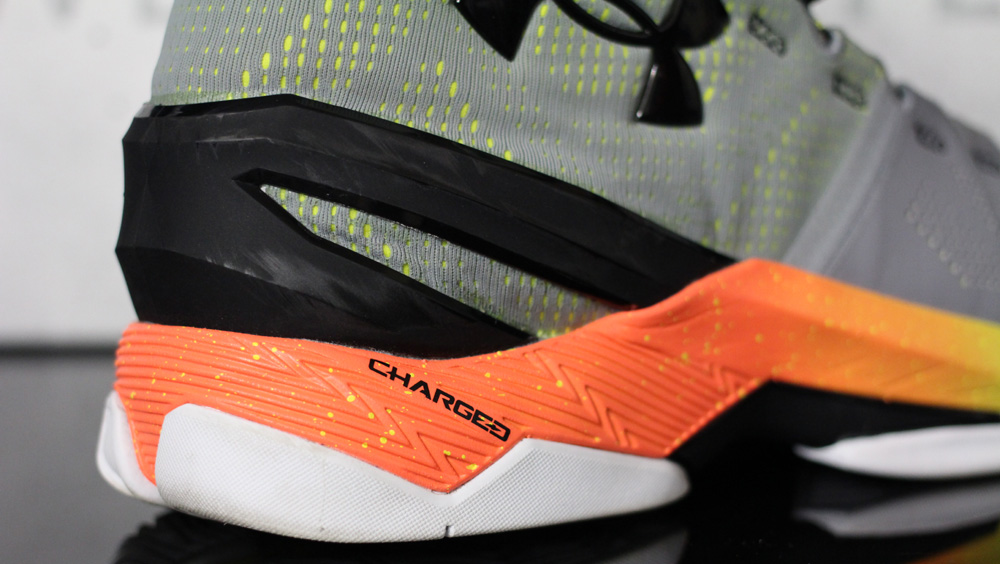 Cushion – Charged is used once again, and this time around it feels a little more plush than it did on the Curry 1. I still feel that Micro G is a superior cushion source, but if this is the direction Charged cushion is headed then I think we’ll all be perfectly fine.

You have plenty of court feel so you can move with confidence as the floor and your foot feel connected, but if you’re expecting a bouncy ride then you’ll only get that from UA’s Micro G models…and they are now few and far between, unfortunately.

Materials – I was really excited to hear SpeedForm would be used on the Curry 2…but I’m not in love with it. I like it, but I just don’t love it. The synthetic toe area does its job well enough, but I would have loved to have seen SpeedForm make a real debut on the Curry 2 instead of a partial debut. I realize the material could cause some support issues, but in the age of woven and mesh uppers being implemented properly…I believe it could have been done.

At this point, I feel like anaFoam is a bit more superior in terms of overall implementation and support. Plus, I loved how the anaFoam gave you that custom fit once they were broken in. On the bright side, if you wear an ankle brace then they’ll fit within the shoe just fine.

Fit – They fit true to size, however, they offer a pretty snug one-to-one fit. If you’re like me then you’ll likely love this feature, but if you like a little room in the toe area then you’ll want to go up 1/2 size. I did run into a small problem with the lacing system where the bottom lace loops caused some unwanted lace pressure, but it went away after some minor lace adjustments and a break-in period. 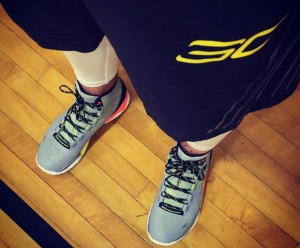 Lockdown, due to the snug one-to-one fit, is pretty solid. Once the break-in period is over you almost don’t even realize that you’re wearing anything – which is one of the benefits of using something like SpeedForm. The ankle area conforms to your foot perfectly as the SpeedForm wraps around your foot and ankle, then allows that section of your foot to move freely without restriction. 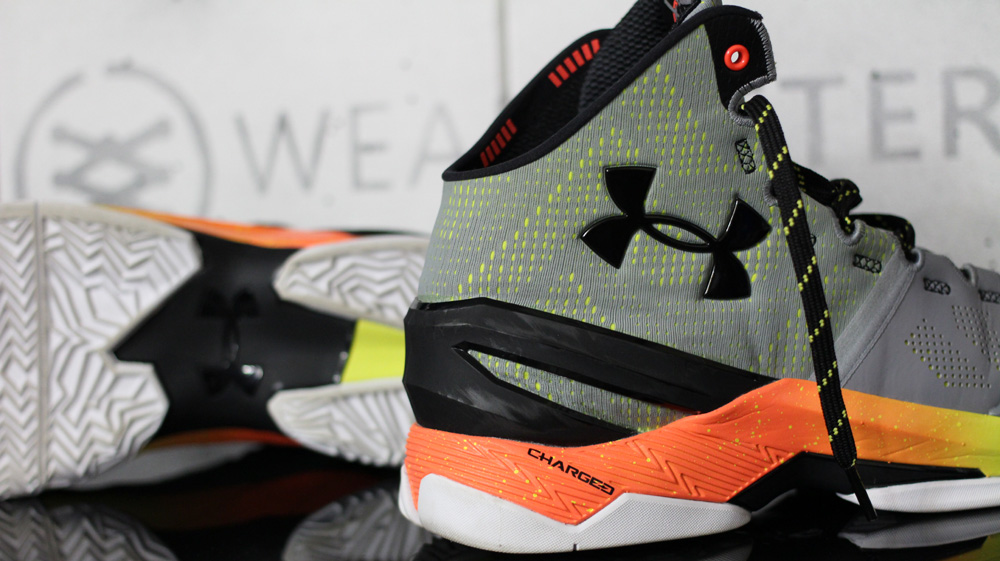 With all that said, the upper does lack some support due to the nature of the SpeedForm material. All heel containment and support relies entirely on the heel counter – which isn’t a bad thing – but the TPU used is a bit on the weak side. It’s a bit of a give or take thing with this shoe as it’s not built like a traditional sneaker.

The rear section of the shoe is quite literally a sock with a TPU bar in place to keep your heel on the footbed. Make that TPU bar too rigid and you could cause discomfort with the fit. Too soft and your heel could roll over the footbed. It has the right amount of give to make everything work well enough as it is, but at the end of the day it’s still a minimalist approach in comparison to traditional basketball shoes. Again, not entirely a bad thing…it’s just different. Luckily it works, but for some, it might not be what you’re used to. 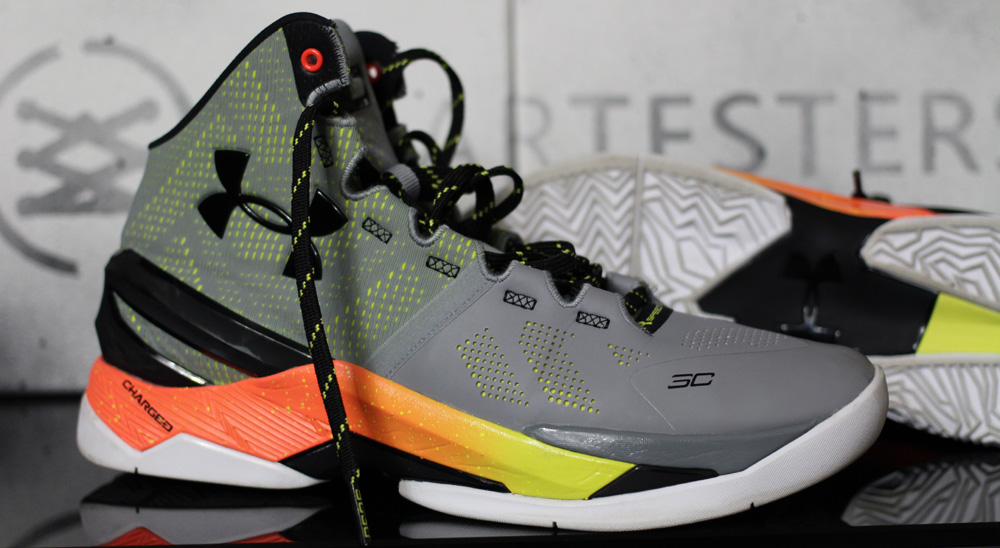 Overall – The traction and fit are their best attributes, and that alone is enough to make these one of my personal top picks of 2015. Their support isn’t going to be for everyone, but as long as you know what you want and need from a shoe then you’ll likely make the right decision after reading through some reviews.

Their Charged cushion will be a great option for Guards, but larger players might want to look elsewhere – especially if you want something with a little more spring or bounce back. Other than that, it’s a solid shoe that your average hooper will enjoy putting in their on-court rotation. 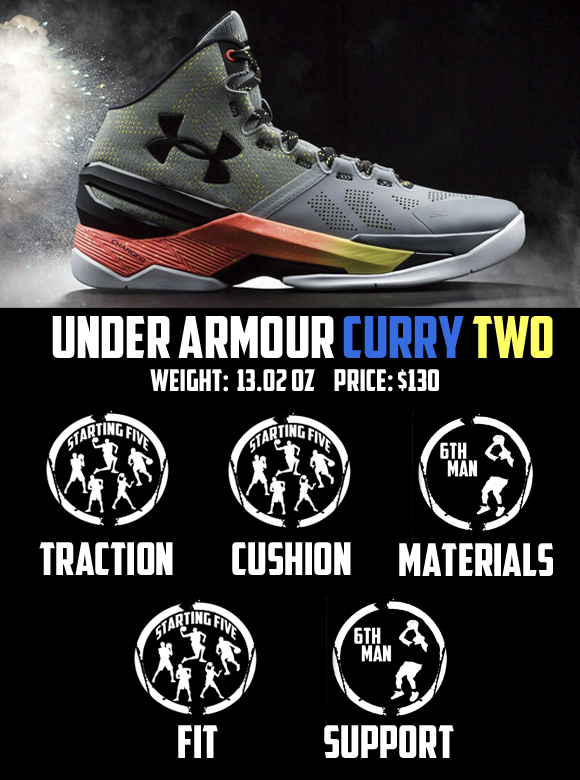