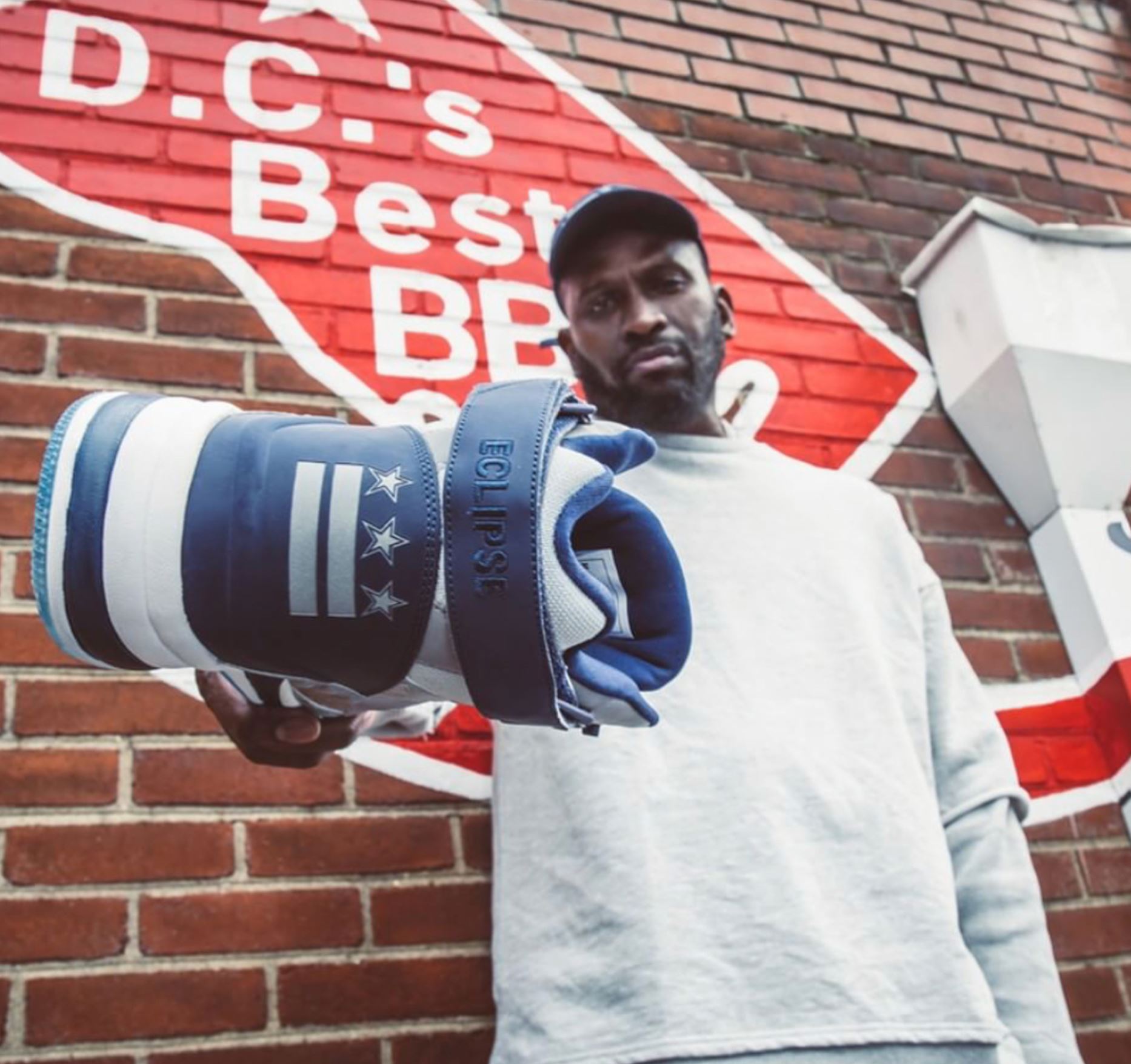 Anwan Glover, perhaps best known as Slim Charles from HBO’s The Wire, is a musician, actor, model, and radio host. His latest sneaker collaboration, an Ewing Eclipse that pays homage to D.C., has been unveiled.

Anwan Glover, a D.C. native, is about as multi-talented as one can get; he’s the founding member of Washington D.C.-based go-go band BackYard Band (BYB) — which has released four studio albums — he’s acted in HBO’s The Deuce, The Wire, and Fox’s Scream Queens, and been in movies like 12 Years a Slave and Divided City.

Glover has also appeared in music videos like Boyz n da Hood’s “Dem Boyz” and Wale’s “Chillin.” He even hosts a nightly radio show on 93.9 WKYS-FM radio as Big G in the Washington metropolitan area, according to Wikipedia.

The Anwan Glover x DTLR x Ewing Eclipse will release exclusively in the D.C. area at DTLR stores on May 4. Pricing information has not been announced, but expect the shoes to retail for around $120 and release in very limited numbers.

Due to overwhelming demand for the sneaker, DTLR will be hosting a pre-release party on Thursday, May 3, where 88 pairs will be sold. Those pairs will come with the exclusive Big G x Ewing Sock, a BackYard Band CD, and an autographed card.

What do you think of Big G’s latest sneaker? Sound off in the comments below.