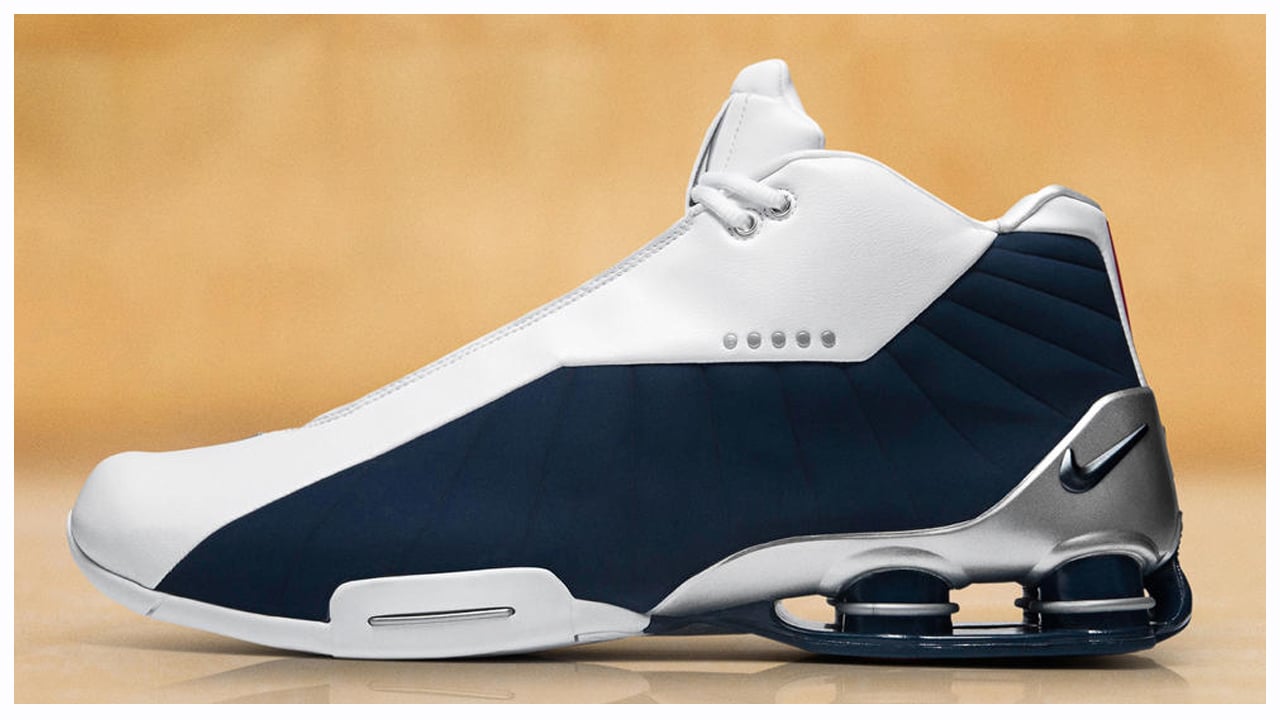 The last of the original Nike SHOX BB4 colorways has an official release date.

Originally worn on the feet of Vince Carter during the 2000 olympic games, the ‘USA’ edition of the Nike SHOX BB4 is scheduled to return in another original colorway.

According to Foot Locker the Nike SHOX BB4 White/Midnight Navy – Metallic Silver is scheduled to release on November 8 for $160. 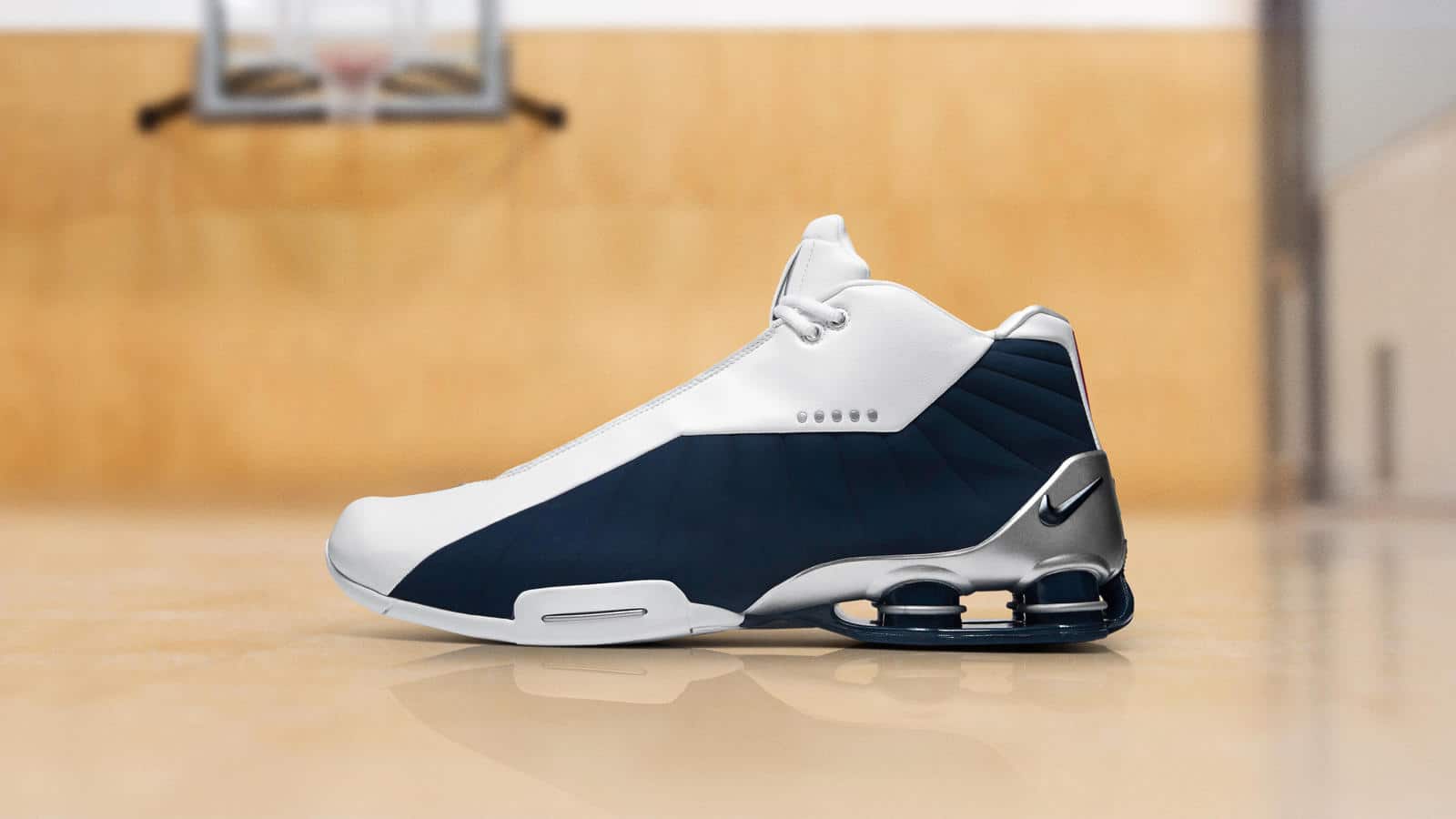 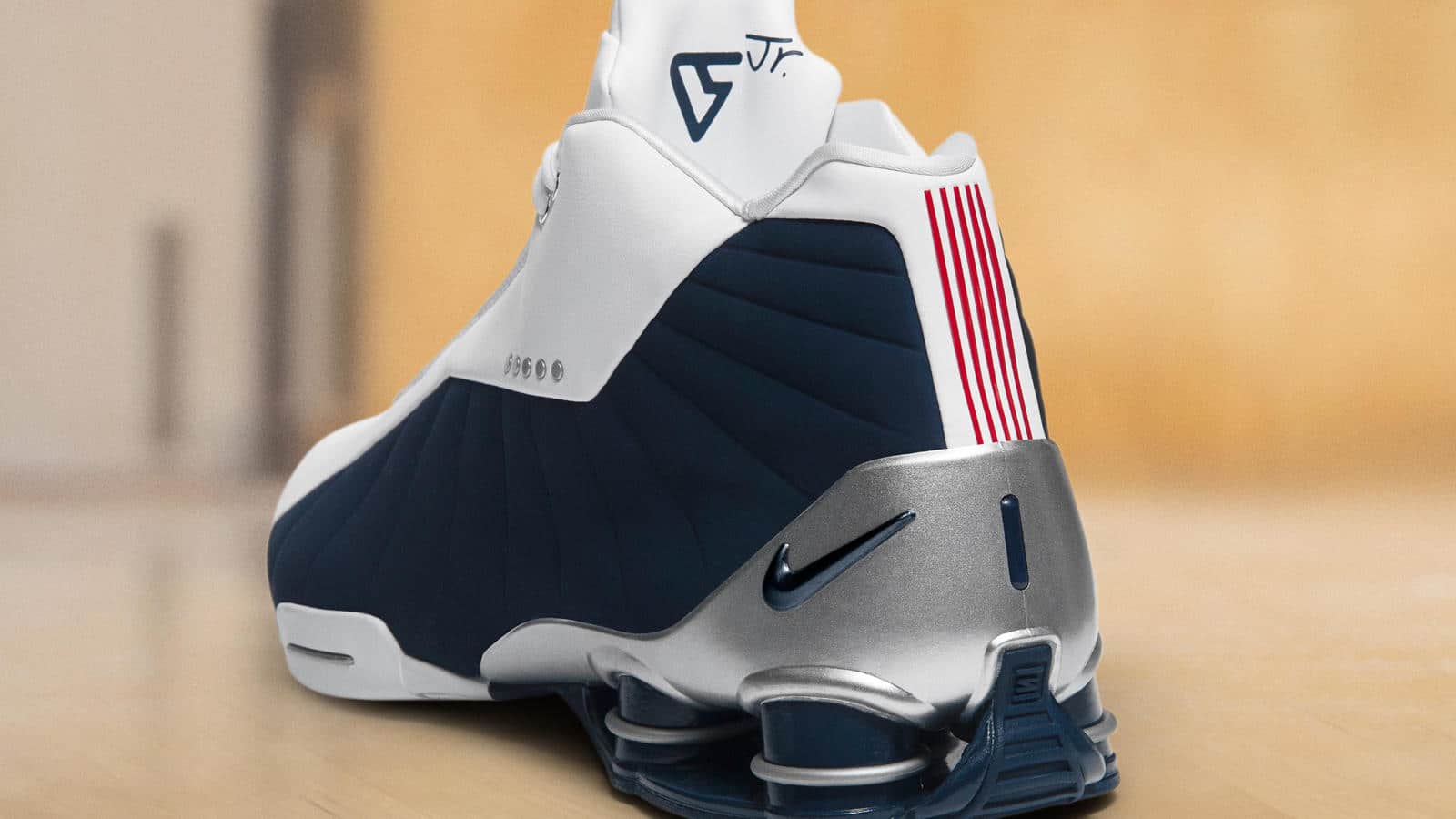