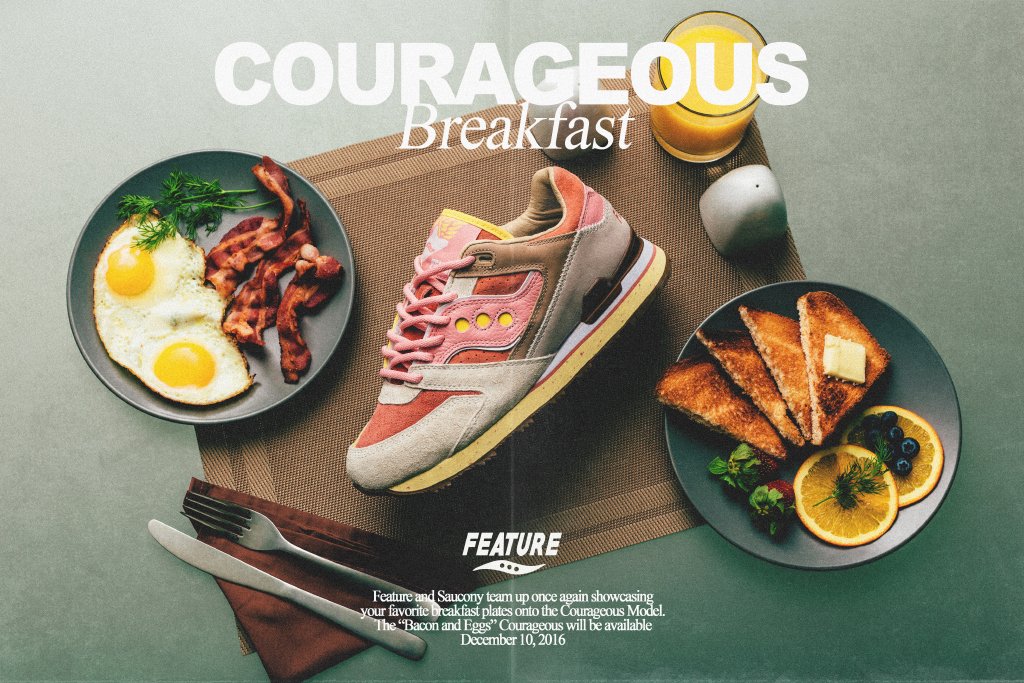 Saucony will be collaborating with a retailer located in the Chinatown district of Las Vegas called Feature Sneaker Boutique. The team at Feature was presented with the Saucony Courageous and they came up with a colorway that is inspired by America’s favorite breakfast: bacon and eggs.

This Saucony Courageous features a satin and washed suede upper with nubuck panels in off-white and pink color blocking, a pink leather on the “S” logo on the lateral side, an off-white leather on the “S” logo paired with pink 3M dots for contrast on the medial side. Feature branding is flaunted on the heel counter, tongue, and insoles. The shoe also promotes reflective touches on the tongue trim and heel tab and a speckled egg yellow colored midsole.

As you can see, the images below mimic ’80s and ’90s sneaker advertisements, a subtle touch we enjoy. This Saucony x Feature Courageous ‘ Bacon & Eggs’ is the first installment of Feature’s Breakfast pack and will be releasing on December 10 for $120. This installment will also drop alongside a collection of apparel that includes retro-inspired tees and hoodies with simple graphics and off-white Saucony co-branding. Stay tuned for more information on the next installments of Feature’s Breakfast pack.

What do you think of the latest Saucony collaboration with Feature? Will you cop?Any breakfast you’d like to see made into the next collab? Let us know in the comments. 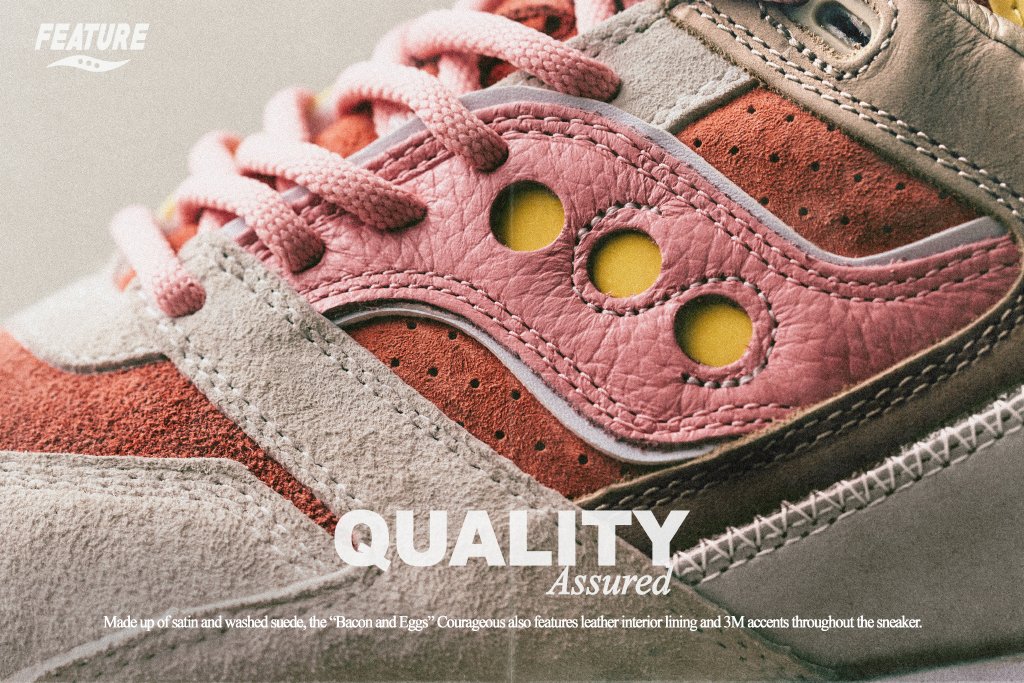 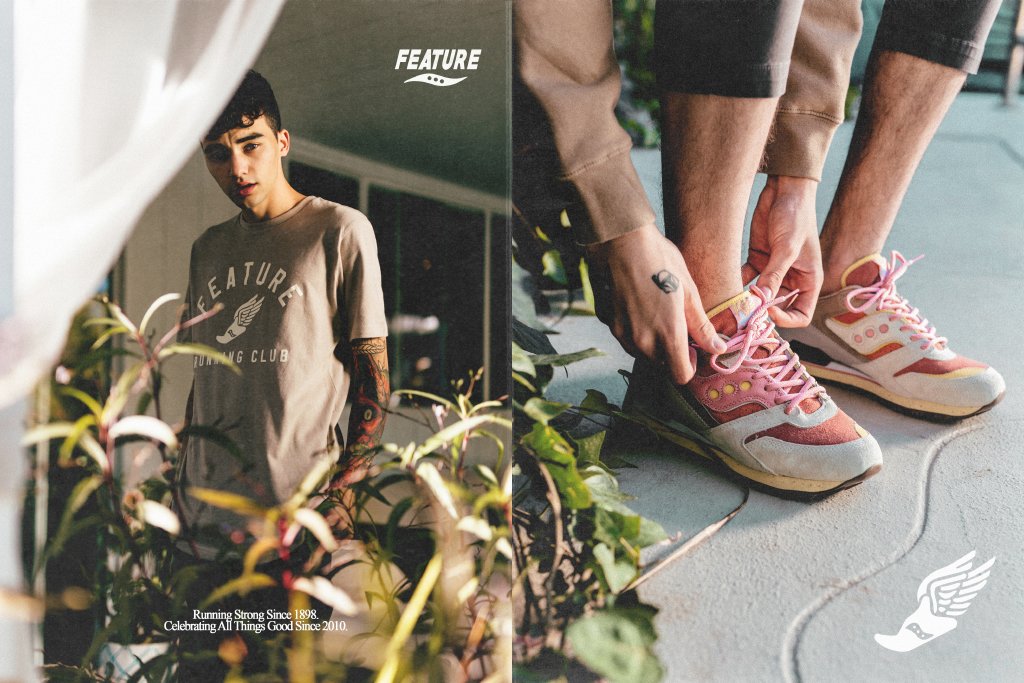 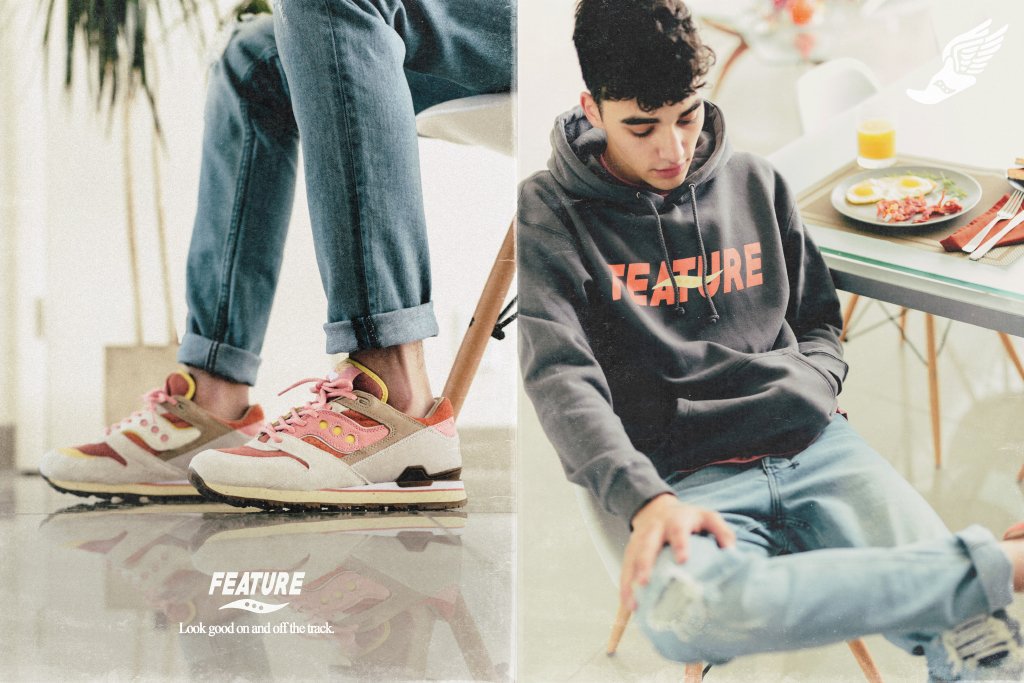 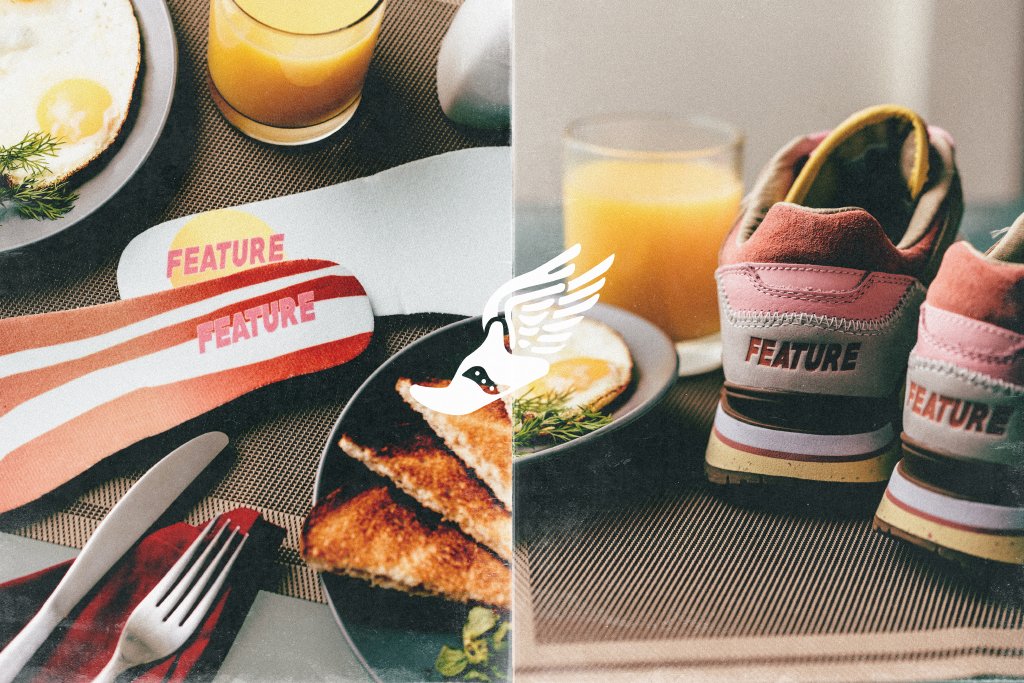 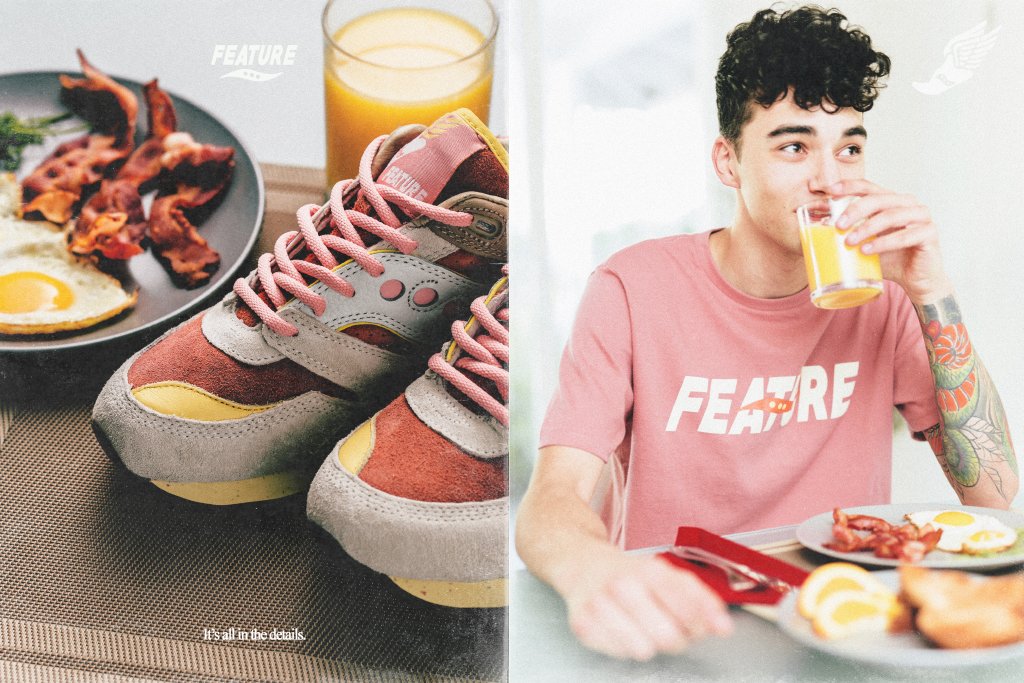 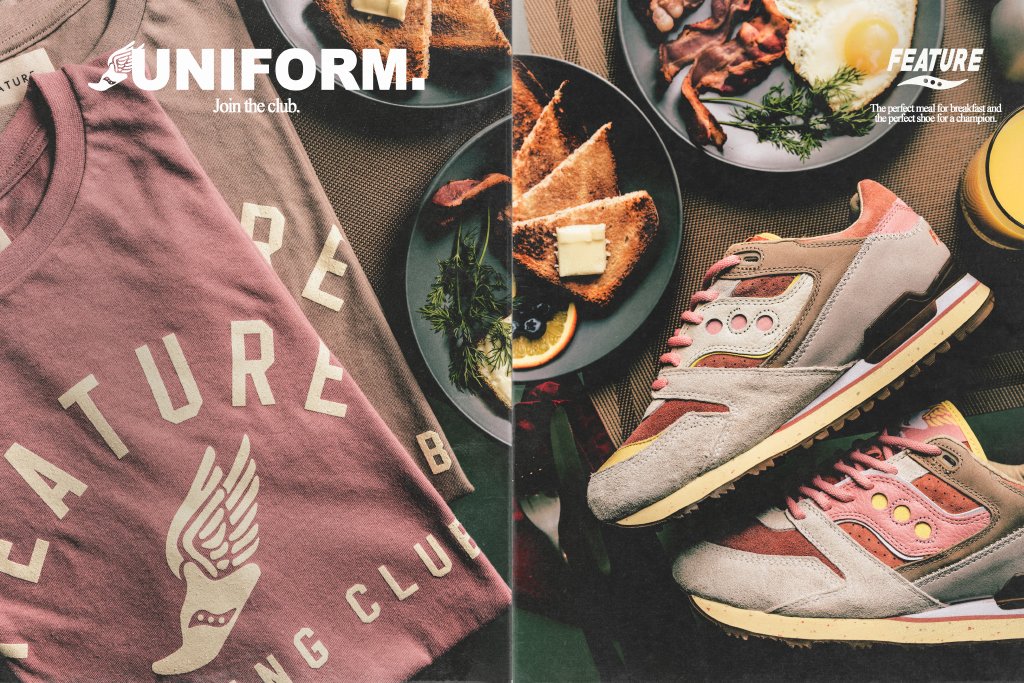