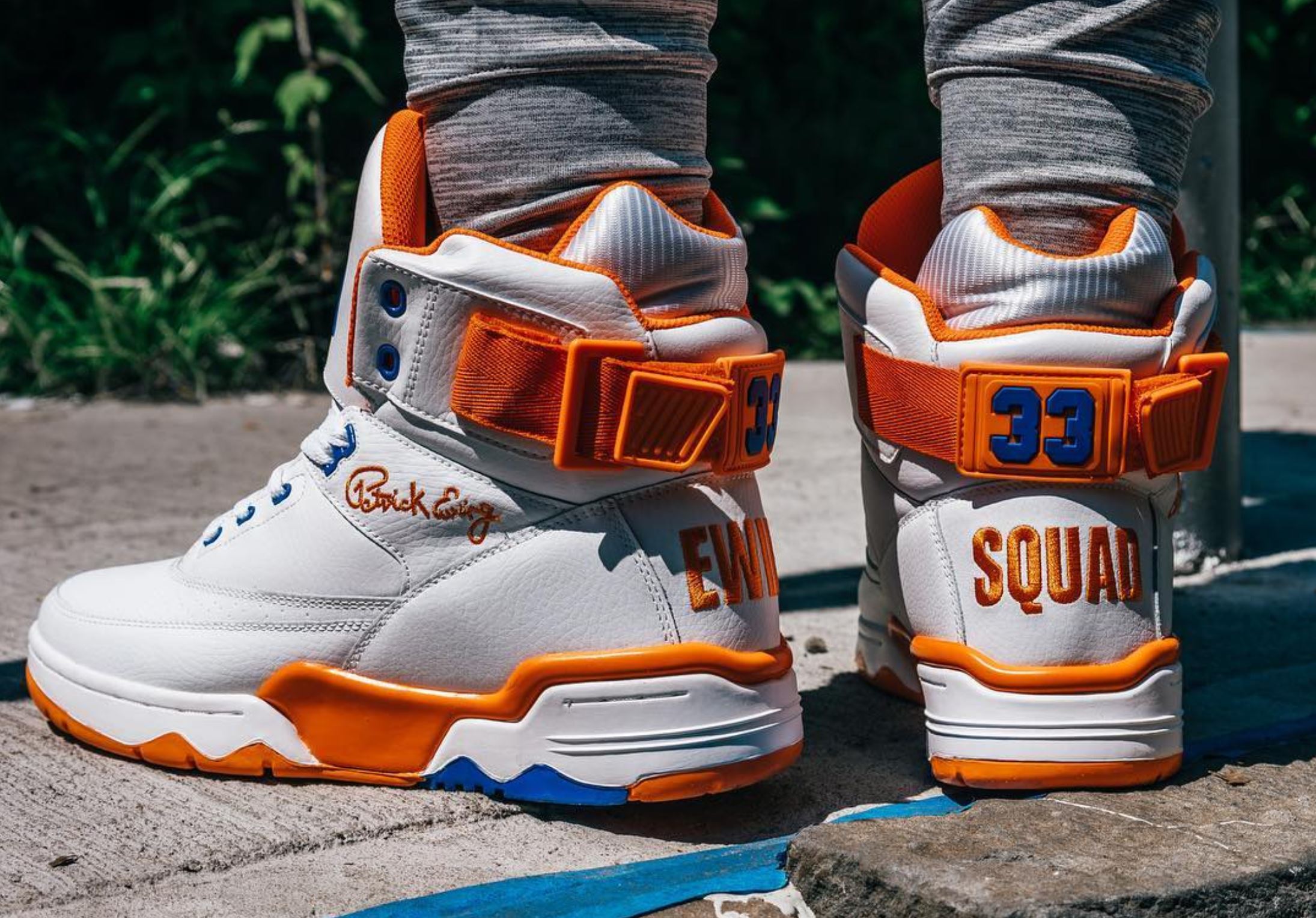 Last Friday, WearTesters reported that Ewing Squad 33, a growing online fan club with a serious love for Patrick Ewing’s sneakers, had collaborated with Ewing Athletics on a new shoe. Now, the shoe has released.

The collab was designed by Albert Lebron (@phatboisnackz), the founder of the Ewing Squad 33 fan club. “The brand gave me the freedom of working on any model it had on the active lineup,” Lebron told WearTesters in an exclusive interview. “They didn’t say no to any of my ideas, and they showed so much love for the Ewing Squad 33 movement.”

The Ewing Squad 33 x Ewing 33 Hi was designed to be something Ewing would have worn on-court back in 1990 when the 33 Hi debuted. “I went with this colorway because I wanted to take it back to the OG Knicks days — wanted [the shoes] to have an OG feel to them,” continued Lebron. The shoes flaunt white leather uppers, bold orange hits, and blue accents. Even the box is custom for this collaboration, and the heels flaunt big “Ewing Squad” embroidery.

Let us know if you pick up this NY Knicks-themed 33 Hi in the comments below. 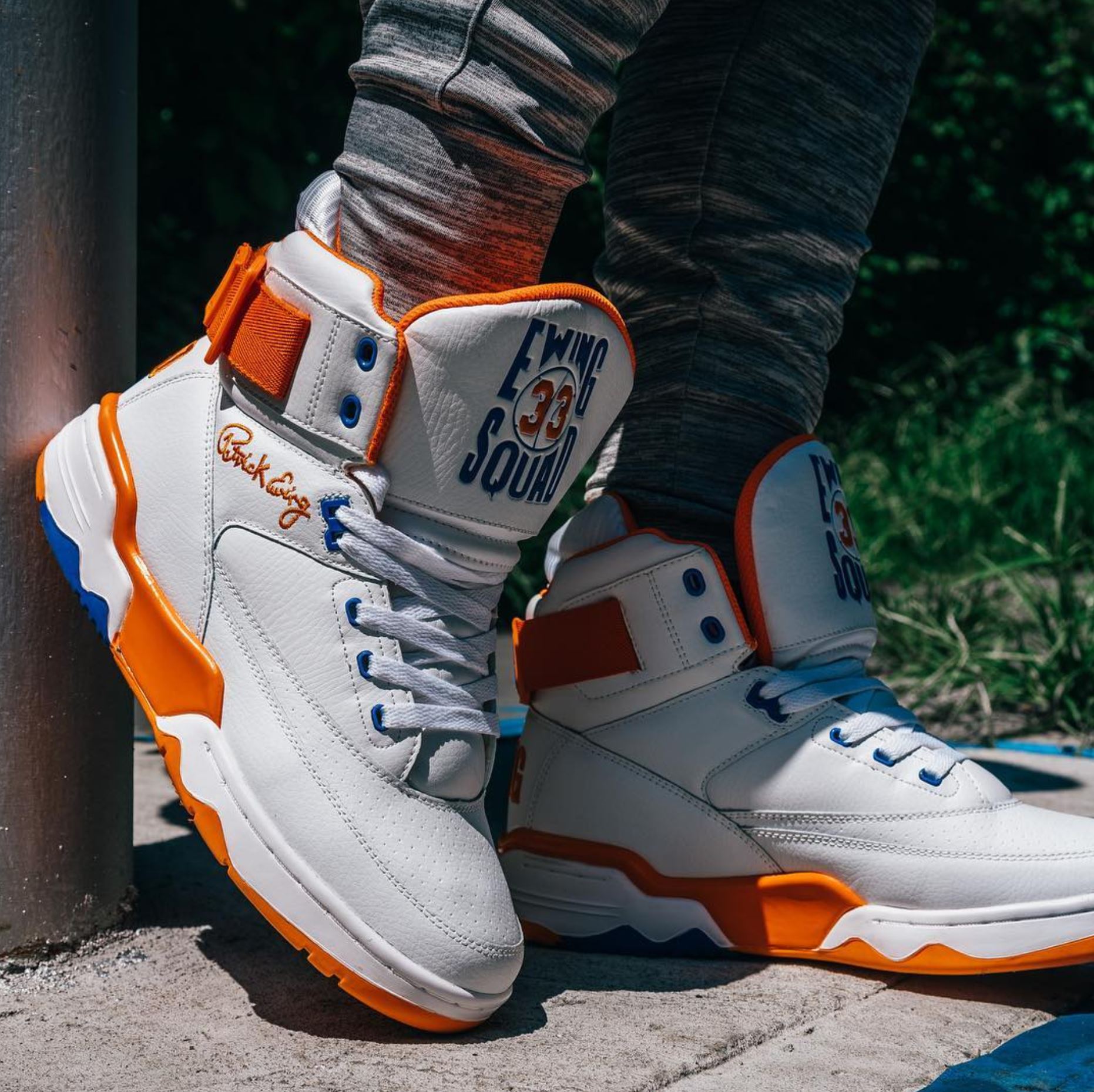