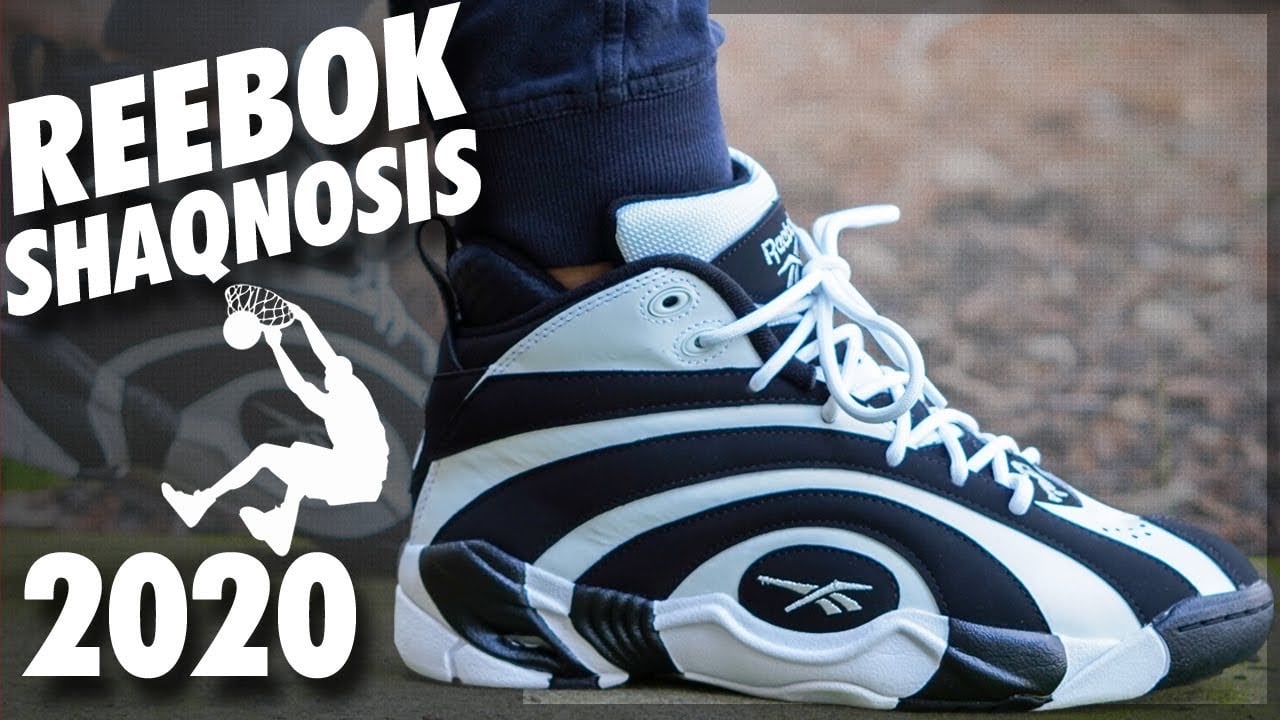 Back for the second time, Reebok Classics re-releases the Shaqnosis in 2020. Originally released in 1997 followed by a Retro release in 2013, the Reebok Shaqnosis Retro 2020 isn’t a mainstream sneaker but has its fans.

Sporting its hypnotic black/white upper made of split grain leather and synthetic nubuck — the Shaqnosis looks as polarizing now as it did back in the late 90’s.

Hexalite is used at the heel and forefoot while the thick and rugged outsole is built to withstand the rigors of basketball.

The 2020 edition isn’t much different from the 2013 version — you can see our Reebok Shaqnosis Performance Review for more information on its performance.

The Reebok Shaqnosis Retro 2020 is available now at Reebok.com.