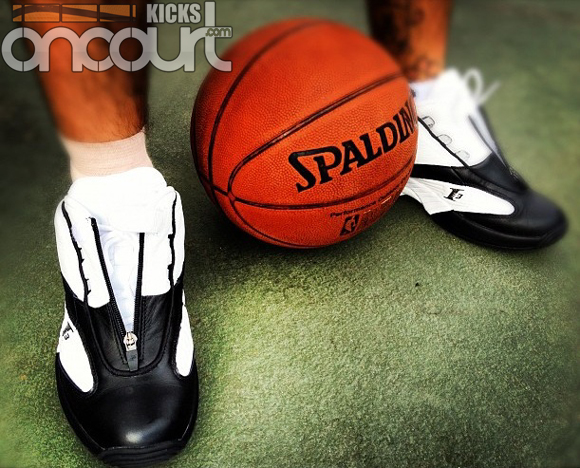 Iverson dropped 51 while wearing the Reebok Answer IV… I did too… spanned across two and a half nights worth of pick-up games. Same difference… 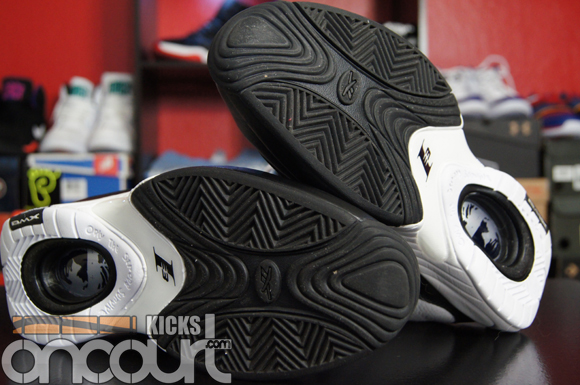 Traction – This pattern was build for a Guard that is ready to cross someone up. The 3D Ultralight located at the heel isn’t great – especially when dust is involved – and really forces you to stay on your toes. While the center of the forefoot does require some break-in, the lateral movements are well taken care of. One can’t really complain when it comes to traction on the Answer IV. It isn’t great but it also isn’t horrible… if you move laterally, then you will enjoy them quite a bit. 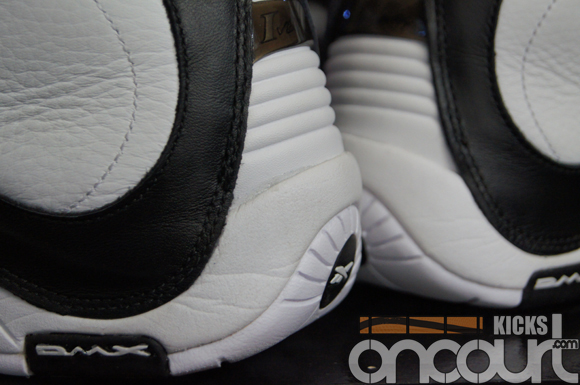 Cushion – What once utilizes the ever so awesome DMX I-pak now boasts DMX foam… not cool. The foam is light in weight but also dense. There really isn’t any give to it and no matter how long I allowed for a break-in period, they just wouldn’t get any better.

Luckily when one comes across cushion issues, insoles are an easy remedy to resolve most issues. Initially I thought that removing the stock insole with the one they originally came with – same insole as the Reebok Question – would solve the lack of absorbency the DMX foam offered. When that didn’t work I wound up throwing in a Micro G insole… awesome! I love having a Micro G insole, ready to be thrown inside any pair of kicks that lacks cushion. 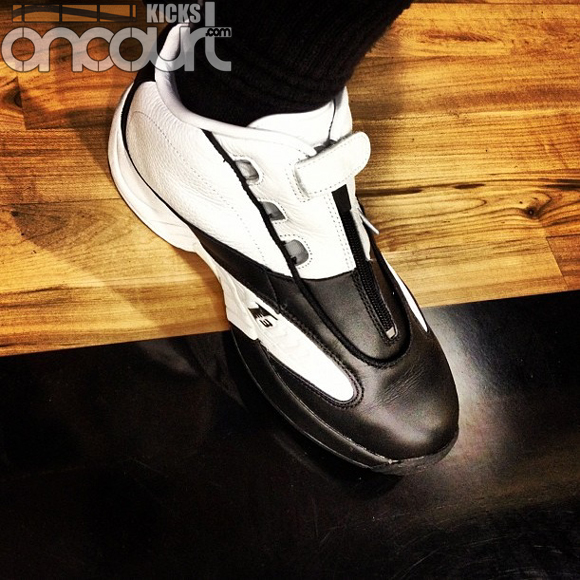 Material – The materials are as premium as they come. On a personal level, this is exactly the type of setup I prefer. That doesn’t mean its the best option available, but that’s where everyone’s personal preferences come into play.

The one downside to raw materials such as leathers, nubucks and suede is that they break-in more and more throughout their lifespan. Some people love this while others wish to have their shoes remain the same – or as close to the same as possible – as the day they bought them. If you prefer the latter… then a 90’s/ early 2000’s styled shoe isn’t for you. 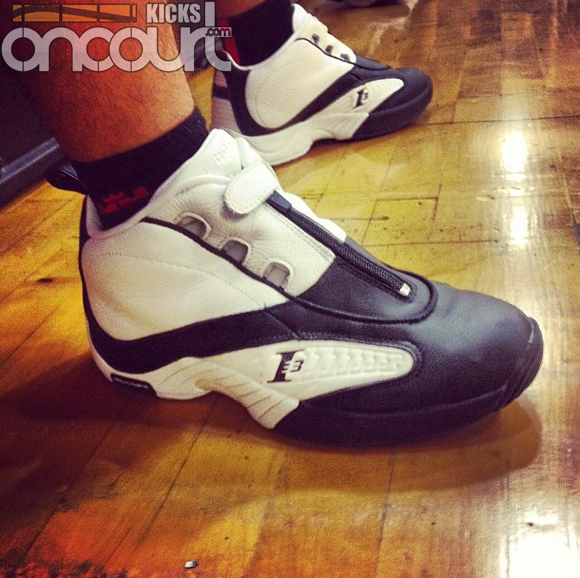 Fit – They fit true to size. If you are a wide footer then I’d suggest getting your regular size and just put in a little extra work to break-in the leather upper – trust me, it’ll break-in eventually… skin stretches. Midfoot and heel lockdown were surprisingly good… so good that I can’t really find anything to say about them. Only negative aspect I could talk about would be that the materials wont retain their shape for an incredible amount of time… just be aware that its the materials fault and not the overall fit. 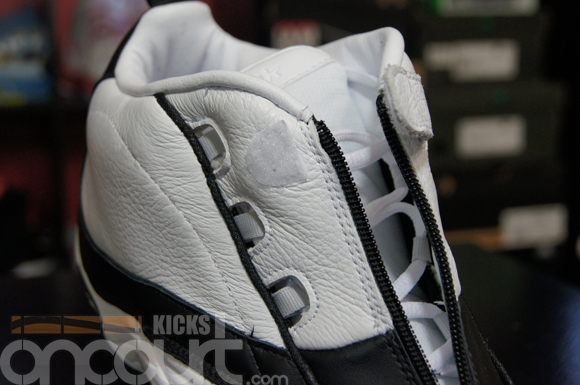 Ventilation – There isn’t any. The tongue has mesh/ fabric – which is breathable – but then its lined with leather… the entire shoe is lined with leather. This didn’t bother me at all but if you are someone that requires ventilation then you will want to stay far away from most 90’s styled kicks. 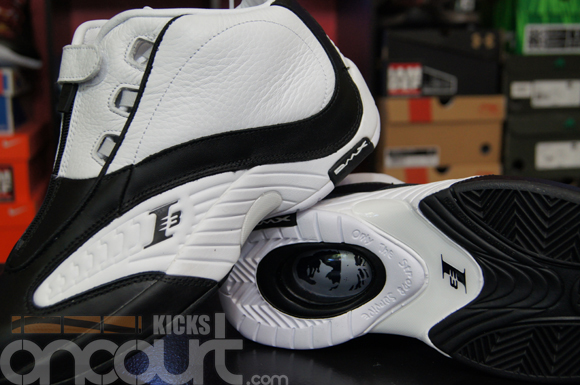 Support – The fit and lock down offer most of the support while the TPU shank offered just enough torsional rigidity to make them above average. I’m still surprised by how good the lock down in the heel is the more that I think about it… it’s making me want to go play in them some more.

Overall – I feel the cushion could have been a lot better than what is offered but as stated above, an insole swap is a simple fix for such a cumbersome problem. Other than the cushion they played pretty darn good. They offer up a bit of everything… not too great in any one area but enough in all areas that make them a good option if you wish to take the Retro route.

All in all, nostalgia will play a key role if you choose to take a spin in the recent Reebok Answer IV Retro. They offer enough to get the job done but the slight skimp in tech doesn’t do them justice. 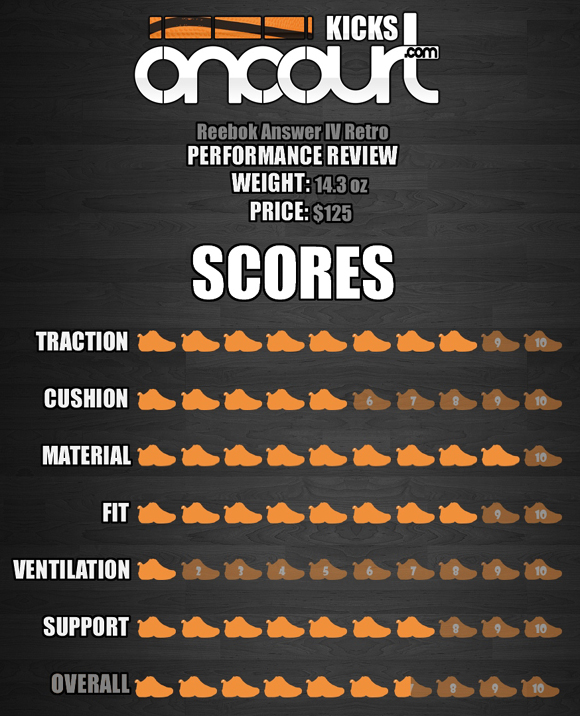