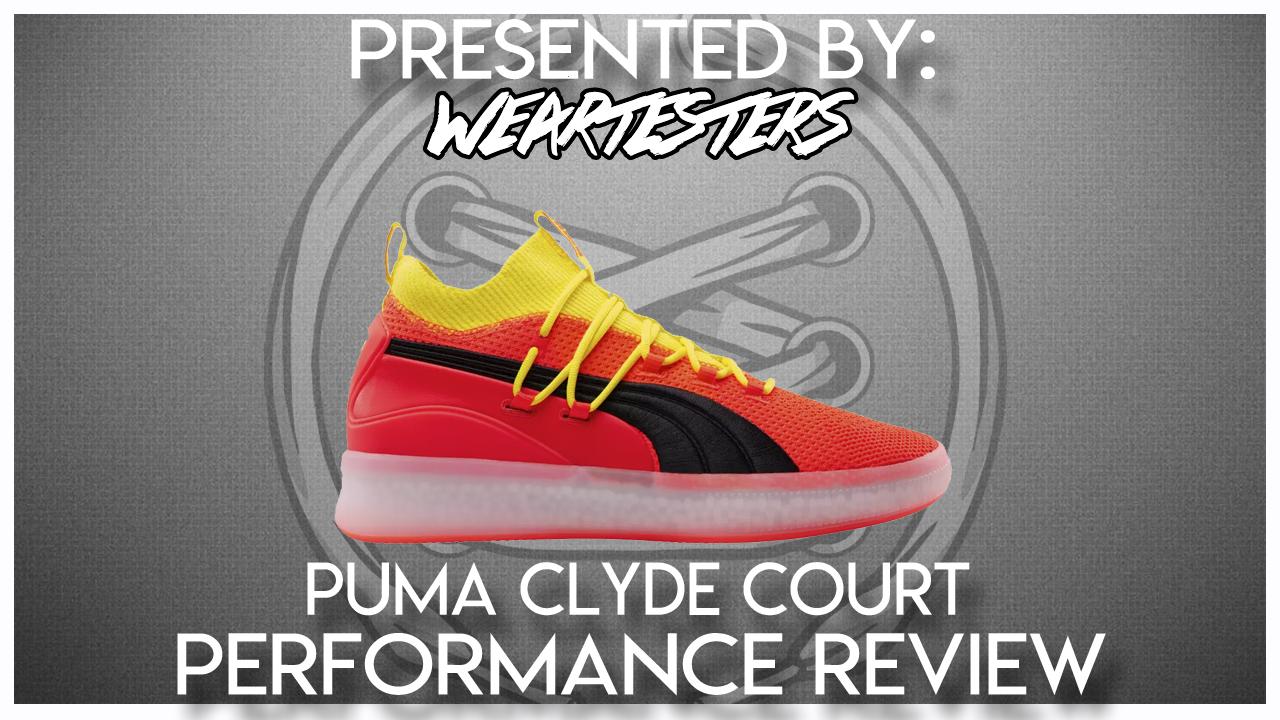 After two decades away from the hardwood, the Puma Clyde Court Disrupt aims to grab Puma Basketball a piece of the market.

The outsole of the Clyde Court Disrupt hints at storied history without being too flamboyant. The pattern used underfoot is an inverted traction pattern of what can be found on the original Puma Clyde.

Surprisingly enough, the outsole gripped most of the courts I played on really well. There wasn’t a strong bite like what you’d get from something like the LeBron 16, but the grip wasn’t a disappointment at all.

I’ve been playing in the Clyde Court Disrupt for about three weeks now and it wasn’t until my very last run that I had some slipping. A quick wipe and all was well again, but it definitely wasn’t the same traction that I had three weeks ago. It could have been the court because I’ve been taking these out to this specific gym throughout the weeks of testing without prior issues, or maybe it’s too much dust buildup or some condensation, who knows. Even with the slight slipping issue on the last day the Clyde Court Disrupt has been solid overall.

Outdoors, the shoe was okay — not great, but not bad at all. I just wouldn’t choose to take this shoe outdoors due to the shallow pattern used because it will likely grind down sooner than later.

Puma used its Hybrid cushioning system within a rubber cupsole for the Clyde Court Disrupt. The system uses NRGY beads and IGNITE foam, and when the two are blended together they provide you with a ton of impact protection. Feedback underfoot is what’s missing — especially when comparing this foam to Boost or Zoom Air — because it’s completely encapsulated within the rubber cupsole.

While feedback is lacking, court feel is abundant because of it — without sacrificing any of the Hybrid technology’s absorbing capabilities. You’ll receive what most of the Kyrie line lacks: protection with court feel.

If you’re just trying the Clyde Court Disrupt on in-store it likely won’t knock your socks off, but once you play in it you’ll understand what I’m trying to say. It’s a nice setup that I’d love to see evolved over a few models in different implementations. If this is how Puma Basketball starts after its long hiatus then I’m very curious to see what the team can come up with in a year or two.

Knits are nothing new in basketball shoes, but doing them well still is. Luckily, Puma did it right. The best comparison I can give is that this knitted upper feels similar to what Anta has done with the KT3 and what Nike has done with the LeBron 16.

The Clyde Court Disrupt uses a pure knit that works really well and has been durable thus far — without the use of glue or fuse backing. It’s simply a thick knit that moves with the foot and is able to support it during gameplay.

If you want to maximize the potential of a 1:1 fit then I’d suggest most hoopers go down 1/2 size. I went true to size and the shoe worked well most of the time, but there were some instances where I would have preferred the forefoot to be a little more snug. Luckily, you sit within the cupsole and that prevents your foot from sliding off the footbed (*cough* KD11).

Lockdown was a pleasant surprise. The lacing system was a little too similar to what I had tested with the Brandblack Delta and that shoe didn’t work out too well. In the Clyde Court Disrupt I was able to achieve a tight fit with the laces while the rearmost laces did a great job keeping the heel on the footbed. There is lots of padding under the tongue area, despite how the shoe looks, and that allowed me to tighten things up without lace pressure cutting off circulation.

The heel counter in the Clyde Court Disrupt worked well, as did the rear lacing system. The shoe’s sometimes-sloppy forefoot was saved by the way you sit within the cupsole. Plus, the tooling was firm, flat, and extremely stable. And that isn’t a bad way to come back into the basketball market.

I wasn’t sure what to think of the Puma Clyde Court Disrupt when it was initially unveiled. Parts of the shoe looked solid while other components, I thought, were questionable. However, once I received a pair and took it for a spin the shoes wound up being one of the more fun models to play in this year (so far).

The shoe is definitely not in the top 5 conversation, but if you wanted to try something different then this shoe isn’t a bad option. You actually receive solid performance and cushion for the price. The shoe also translates well off-court which seems to be one of the main reasons why it has grabbed the attention of so many potential customers.

If you end up trying the Puma Clyde Court Disrupt out for yourself I’d love to hear what you think so sound off in the comments below. Was the shoe as fun for you as it has been for me? Any issues with sizing/fit or traction? How do you feel about the Hybrid cushion? I’m almost more curious to know what others think about these than I was curious to play in them.

This is a good way to make a comeback, and I can’t wait for what’s next.