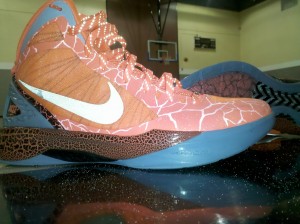 Here is a quick performance teaser on the Nike Zoom Hyperdunk 2011.

Hit the jump to read on… 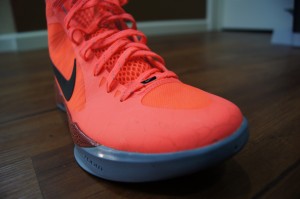 The fit is one of the aspects that has been a great improvement. Is there still a little extra room inside the shoe? Yes, a little… its much improved from last years model (which I did not enjoy playing at all) but could still be a little bit better as far as the fit is concerned. 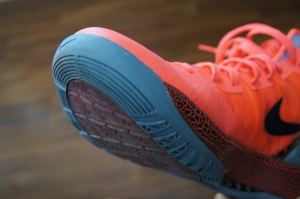 One thing I am torn on is the traction. For the most part, I really like it. The Herringbone traction is one of the best around, hands down. 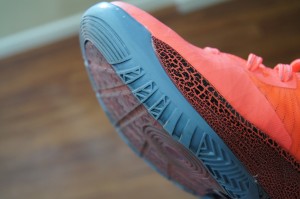 The medial side of traction that wraps itself around the base of the shoe (also known as the Grey part) has very little traction and to top it off it rolls up the side of the out-sole where it meets the mid-sole. I get some slipping in this section, which is right where I don’t need it. When I make hard cuts or roll around screens, my speed and momentum works against the design. Factor in weight and you wont be sticking to the ground for very long.

Most often, this type of thing can make or break a shoe. For me personally, I end up having to adjust my style of play to revolve around the shoe rather than the shoe enhancing my personal style of play. This isn’t a horrible thing if you can make some changes to your game, during the game. If you can’t then you may end up with some unforced turnovers by the end of the night. 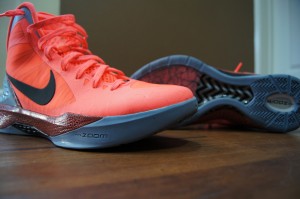 That’s all for the moment, it is a teaser after all.