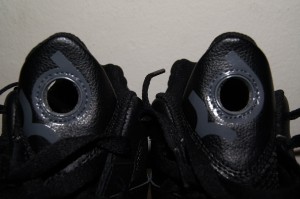 My current performance shoe just so happens to be the KD3. I was not looking to purchase a new performance shoe at the time (I had literally just picked up the LeBron 8 PS right before these) but I had seen them in store for $49.99!

This is one of the shoes I had quite a few requests on and wanted to try out. I knew they’d go on sale so I was trying to hold off purchasing them for retail, when I saw them for under $60 I just had to pick them up.

Traction: One of the key components to a great performance shoe. This is the foundation on the product and should work perfectly without any mishaps or else the player ends up suffering for the lack of efficiency provided by the product. 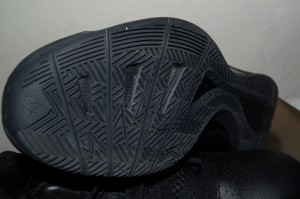 I have to say, the traction in the KD3 is BEAST!!! This is the first shoe I’ve played in since the Kobe IV that has had 100% perfect traction. Notice the outrigger, it has that same ridiculous basic line pattern that was featured on the Hyperfuse. Normally this would be a problem, however, the rubber ‘lines’ are very thin and flexible making it’s ability to grip the floor (similar fashion to a broom’s bristles being swept across the floor) was outstanding! 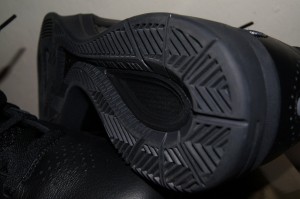 Traction is carried over to the heel as well so no matter what area of your foot strikes the floor first in an effort to stop, the KD3’s traction will take care of everything so you will be able to react much faster both offensively and defensively.