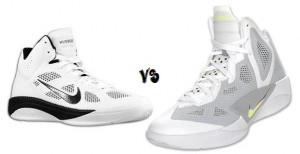 I have gotten quite a few requests to review the Hyperfuse 2011’s performance. After giving it some thought, I don’t think I will pick these up at all unless I find them for an insanely cheap price… which wont happen until the shoe is at least a few months old. They are too similar to the Hyperfuse from last year without too many changes made to warrant a review.

However, I will breakdown the key changes between the Hyperfuse & Hyperfuse 2011 for you to aid you in your decision on whether or not you’d like to purchase. So, hit the jump to read on… 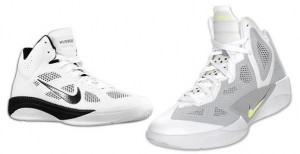 From an aesthetic perspective, the entire midsole and outsole have remained the same, there is an addition to the midsole but I’ll go over that in a bit. The upper has changed in design, but not by much. 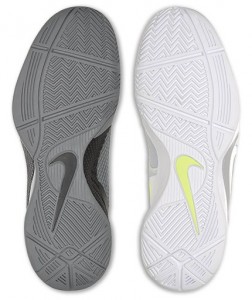 The outsole… they have remained the same which is very disappointing. I always find it lazy of a brand to reuse an outsole and midsole from previous models. Its very redundant and boring. If it works then that’s great, but for me personally, the outriggers lack of traction while on an indoor surface left much to be desired… even if the rest of the traction was herringbone. The herringbone is also thick and widely spaced just as it was before which makes these great for outdoor hoops, what the shoe was created for.

Cushion also remains the same as before. Forefoot Zoom Air is in place with Phylon everywhere else. I’ve heard that Nike has used a lighter weight Phylon which is a bit softer and more responsive than the last models. Overall cushion should be a little better in the 2011 than in its original counterpart. 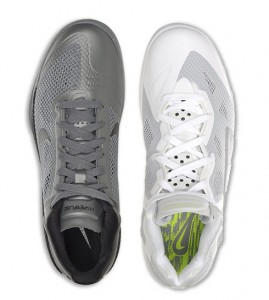 The fit of the shoe is the only thing that I can see on the upper besides its overall design that has been enhanced. The older Hyperfuse seen on the left features a straight and narrow lacing system. The Hyperfuse 2011 on the right however, features a lacing structure which will anatomically fit around the shape of your foot a lot better (similar to the LeBron 8 series) which is a huge plus. In short, the Hyperfuse 2011 should have a greater overall fit and lockdown due to its redesigned lacing system.

The upper… Again, its been redesigned a bit but nothing to major has taken place. Don’t let the extra mesh panels fool you, these both have the SAME amount of ventilation. Most of the added ventilation also is placed on top of support panels, such as the heel, so those panels are actually blocking the mesh preventing heat and moisture to pass through.

The ‘wing’ that has been added to the lateral side of the shoe is an extra design feature which also serves a purpose. This is to help contain your foot during sudden changes in direction made by the wearer. Is it worth having it one there, in my opinion, yes. Its for support so in that sense, it should have been on the first round as well but its better to get it now than never.

Lastly, that collar cut and height has been upgraded. The front of the collar has been shaped a little higher while the medial, lateral and heel notch areas have been shaped a bit lower. This, much like the LeBron 8 series, will give you greater heel lockdown while still allowing the wearer to have better range of motion in the ankle similar to what a low top shoe would bring to the table.

So, which one would I choose? The Hyperfuse 2011. While not much has changed between the two, the areas that were modified were greatly needed and are a welcomed addition to the Hyperfuse line. They are just too similar to each other for me to play in again and go over the same things as I did with last years model. The Hyperfuse 2011 is going to be a better overall performer when comparing the two so if you’ve been wanting to try a pair of Hyperfuse’s out Id go ahead and grab the 2011 version. If you enjoyed last years model and want to go with something similar, again, I’d go ahead and pickup the 2011 and you will be even more satisfied than you were with last years model.

Keep in mind that the Hyperfuse and Hyperfuse 2011 run a ½ size small so if purchasing online you will want to go up at least ½ a size.

I hope this helps you out and if you have any questions, feel free to ask and I’ll respond.