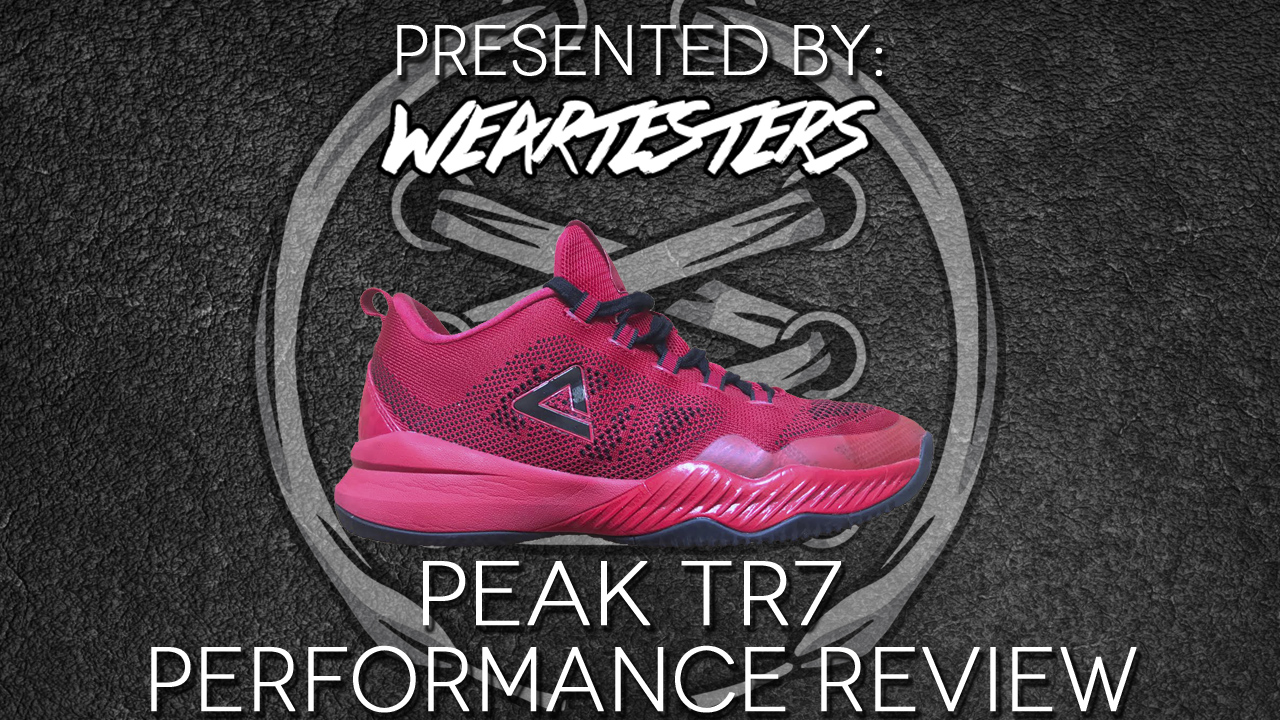 In the short time that Terrence Romeo has been in the Philippine Basketball Association he has established himself as a legitimate star, averaging a cool 23 points, six assists, and three rebounds per game on a 42/36/87 percent shooting slash this past season. His style of play has been likened to a combination of Stephen Curry and Kyrie Irving and it shows: he has a bevy of moves around the basket while having deep range that keeps the defense honest.

As such, more and more ballers from around the world are beginning to notice Romeo and his exploits. It wasn’t only ballers that noticed him though, as Chinese brand Peak — which outfits veterans like Tony Parker and Dwight Howard — gave him his first signature sneaker (Romeo is currently the only Filipino basketball player to have one).

So how does his first signature sneaker hold up? Let’s find out.

Playing in numerous gym conditions from my college gym to a local LA Fitness, the traction would either grip like nobody’s business or it would be like playing in ice skates. No matter how many times I’d wipe, dust easily found its way into the grooves of the pattern.

Outdoors, because of the aforementioned issues with the traction, expect a lot of wiping between dead balls. You could probably get away with minimal wiping for a couple possessions, it just gets to a point where the traction just doesn’t grip like it should and soon you’ll be hard-pressed to switch these out for something else — which is ultimately what I had to do.

If you play on a pristine court, you’re solid. Anything else, prepare for a lot of wiping.

According to Peak, the cushioning in the midsole is just straight up EVA and though it wasn’t specified what kind of mixture was used when making the midsole, it was pretty comfortable. Throughout my experience over the past couple months, I didn’t experience many aches or pains after playing and if I did, they were far and few in-between. Personally, that is great news because I have bad knees.

The Peak TR7 also comes with a pretty thick insole (which Peak is known for doing, just look at the TP line), so that definitely helped keep the ride smooth. However, if you aren’t a fan of PEAK’s insoles and prefer to use your own, you can do that as well though that might compromise some of the court feel of the sneaker.

Speaking of court feel, because of Romeo’s play style, you sit very low in the sneaker. If I could liken it to another signature line, it most closely resembles the Curry line; those offer just enough cushioning while retaining court feel.

Woven and knitted uppers are all the rage nowadays and the Peak TR7 is no different. The upper is comprised of a fairly thick knit upper, with a PP film backing that allows the upper to be more breathable and durable. It also reduces weight and makes the overall upper stronger.

There is some slight dead space in the toebox that never really went away. This wasn’t a big issue but it was noticeable enough that it got a tad distracting during some possessions.

Also, the perforations on the toebox remind me of the Crazylight Boost 2015 with the difference being the thickness of the upper. The knit upper on the TR7 is very thick in comparison but not as soft so it should contain your foot better.

Lastly, there’s fuse on the toe rand to protect the materials during toe drags and being stepped on. Just an observation, the laces are very, very long and flat so chances are, you will have to double-knot the laces to avoid tripping on them.

The fit on the TR7 is a tale of two experiences for me. When I first tried on the sneaker I went true-to-size and it fit well — even though there was a little bit of space between the tip of my toes to the front of the sneaker (which I prefer). When I initially started playing in them without a brace however, it was a different story.

My foot didn’t feel locked in at the heel. I tried double knotting to see if the would alleviate the problem and while it did to some degree, that led to some pinching in the midfoot because having it really tight was the only way to keep my foot somewhat secure. Although the heel feels like it has a cat’s tongue-type material, that didn’t really help any. My heel didn’t feel secure and it was only the lacing system to kept my foot steady, from the midfoot to the forefoot.

That being said, my experience drastically changed for the better once I started wearing ankle braces. The heel issues went away as the brace filled up the extra space around the heel and made for a much safer and more comfortable ride.

In all, if you aren’t wearing a brace, I would recommend going down half a size to hopefully get rid of the heel slippage. If you wear a brace, you can stick with going true to size as the brace will take up any space. As always, always try them on in-store, if that’s possible.

The support in the TR7 is very basic; there’s a TPU plate in the midfoot for torsional support, a flat stable base, and a wide external heel counter to keep your heel in place (though the amount of lockdown that heel counter provides is entirely dependent on your foot).

What’s interesting to note is that there isn’t an actual outrigger because the midsole and outsole are rounded (somewhat similar to the Nike Kyrie 3). When you start playing in the Peak TR7 that isn’t really noticeable enough to affect how you play.

In all, though the TR7 has very basic support features, it works well enough to not have any noticeable problems.

For Terrence Romeo’s first signature sneaker, it was a pretty solid shoe when all the requirements are met. Though the fit and traction need improvement, I feel that this is a solid sneaker to start off a signature line with. The cushion, materials, and support work well.

Considering this is a ~$90 sneaker (when converted to USD, it costs 4,895 Philippine Piso), this is an affordable sneaker with some promise. Ultimately, everything hinges on how you feel about the categories that are lacking. If you feel like playing in something new and under $100, give these a shot. If the issues with the traction and fit are too much to overcome, I suggest looking elsewhere. 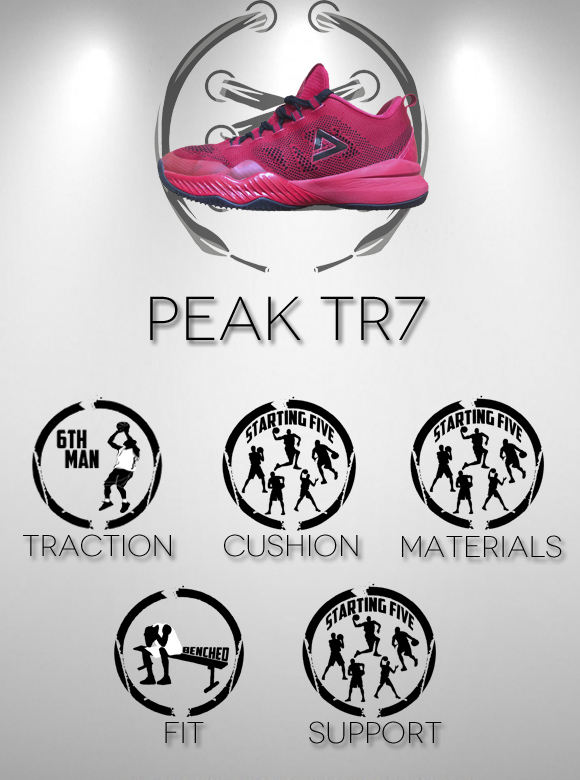