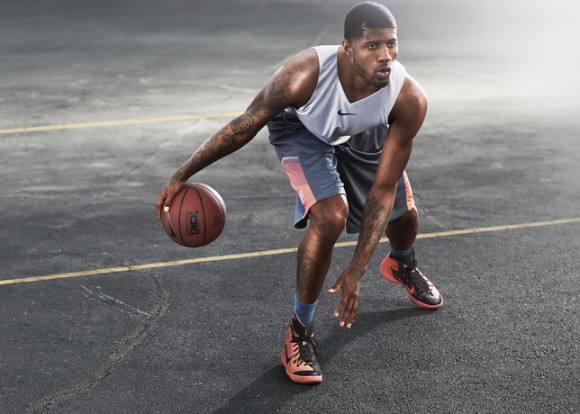 Coming off yesterday’s news that Kyrie Irving would likely be getting his signature shoe, comes this tweet from Paul George:

The sigs on the way tho #Nike

This was in response to people on Twitter claiming that the HyperRev 2 would be his next signature shoe. George refuted that claim, saying that those were just his PE HyperRevs. With that said, George’s confidence in his new signature is a little bit surprising.

Nike Basketball has held firm with the “big 3” of signature sneaker athletes in LeBron James, Kobe Bryant, and Kevin Durant for almost seven years now. This news, alongside rumors that James Harden would be getting a sig, means that Nike Basketball potentially has double the signature athletes with six.

What do you think of the possibility of this sextet of signature athletes? Is there another Nike athlete that you feel is deserving of a sig? Let us know in the comments below.

Image via NikeInc. H/T to @baltsneakershow for the Harden info.