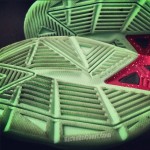 Traction – Surprisingly solid on an indoor court. Funny thing is that when you throw dust into the mix (on an indoor court) they end up not gripping nearly as well… its funny to me because they excel outdoors and outdoor courts are usually filled with dirt, dust and other debris. The Nike Zoom Venomenon 4 is an outdoor specific model so I’m very happy that they played well on outdoor surfaces, testing them indoors was mostly out of my curiosity. One added bonus (besides working) is that the outsole is made of XDR so they’ll last a while. For their retail price, that’s not bad. 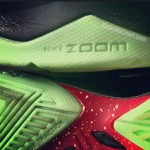 Cushion – Forefoot Zoom is utilized and its one of the – what I like to call – normal variations and not that newer thin rectangle unit. It works fairly well and you can feel some responsiveness but its nothing to write home about. The foam used is nice and plush without being too hard or soft… its pretty much just right. Its a nice mixture especially if you are going to go the route of using thinner Zoom Air units… they tend to screw things up when they couple thinner units with hard foam. Thank goodness they didn’t do that with these. 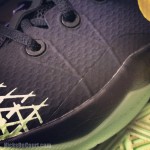 Materials – Fuse is used along the upper along with a first gen implementation of Flywire. Nothing much to say here that we don’t already know. It’s durable and retains its overall shape nicely while allowing your foot some range of motion. Would I have liked to have seen something else used? For this shoe… no. Fuse was created for outdoor players and having Fuse on this model makes sense. Indoor shoes though… that’s a different story. 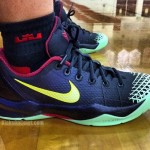 Fit – They start off a little snug – like most Kobe’s – but they are true to size. Containment along the forefoot midfoot are nice as is the heel lockdown but I did have some issues with the throat or front collar area. I never felt 100% secure in that section of the shoe and that was a bit of a letdown when making lateral movements. Maybe that section of the shoe is just a little too low which I didn’t think was possible but that’s just the only way I know how to explain it. Not horrible if you wear lows regularly or have strong ligaments but if you have weak ligaments then just be a little careful when making your moves. 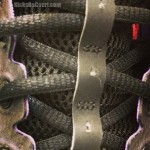 Ventilation – The tongue is the only area that provides you with any air flow. It does a decent job but for an outdoor model I was surprised at how little ventilation there is. Some perforations or mesh panels – since Fuse was used – would have been nice but it is what it is. 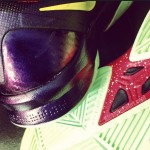 Support – The overall support is adequate. Nothing crazy and would have been a bit better overall had the collar/ throat been a bit taller… I just feel it would have contained better. Other than that, the outrigger and shank do all the usual heavy lifting along with the heel counter and those areas really worked well.

Overall – I think they are a solid model overall. They offer above average attributes in key areas that are important for outdoor hooping with the exception of ventilation. I’d like to have seen a slightly larger volume Zoom unit and a collar that was just a tad bit taller (one additional eyelet would do) and I think that would have taken them from a noticeable take-down model to an actual ‘Kobe’ caliber model. 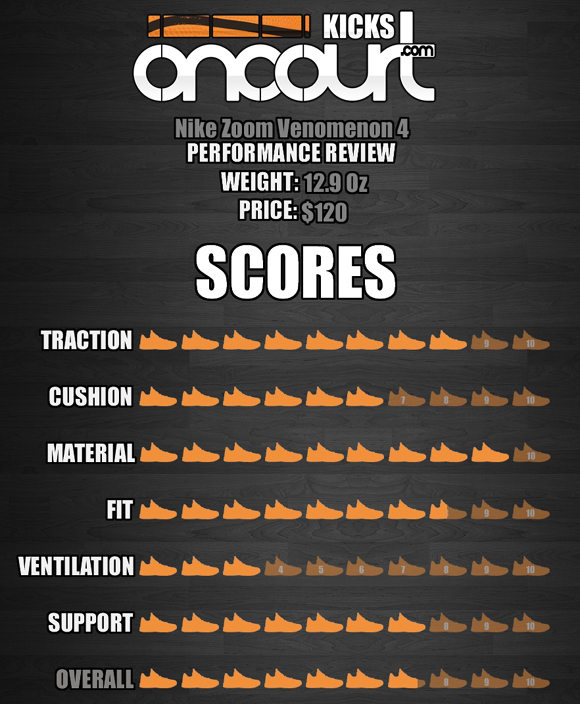