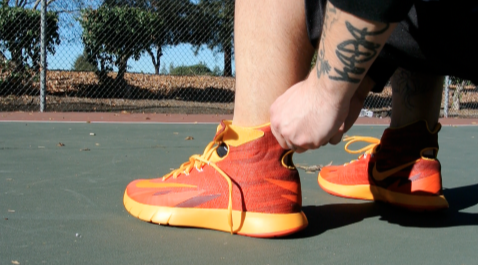 2014 is already off to a great start and Nike has changed the game, yet again, with the Nike Zoom HyperRev. 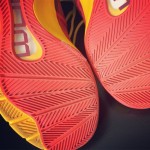 Traction – Upon first impression, I thought the traction would be good depending on the direction you were going but it turns out that the traction is just plain awesome. Even the Phylite section stuck to the floor like glue, 24 hr. courts, high school courts and even outdoors… I wouldn’t purchase them as an outdoor shoe due to potential durability issues but I did test them outdoors and they work.

Absolutely zero complaints… I enjoyed every minute in these things. 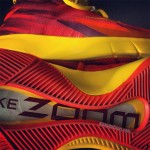 Cushion – Full length Zoom Air… for $120?!? Sure, the upper is made of mesh which isn’t the most expensive material known to man but still… full length cushion is usually pretty pricey. Its not springy responsive like it is in the Air Jordan 12 – if you haven’t hooped in the AJ12 then you’re missing out – but the Zoom in combination with the Phylite is one of the smoothest rides I’ve ever experienced. Smooth is the best way for me to explain in… they are ultra comfortable and when you are in motion everything works so well that they just feel smooth. 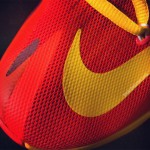 Material – Mesh, mesh and a tiny bit of Fuse. The Kobe 8 had a lot of Fuse where you couldn’t see it but these are mostly straight up mesh. It worked, even though I was skeptical beyond belief, and the only problem I can see people having is its overall durability. 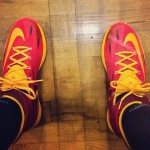 Fit – The fit was nearly perfect. They feel a little loose or as if there is some dead space in the forefoot when you first try them on but I think thats just because the mesh is so light that it doesn’t give you that contained feeling that a shoe made of something else would initially give you. Once you lace them up and start playing though… you really don’t have to think of anything other than your offensive and defensive effort as the shoe pretty much feels like an extension of your foot.

Forefoot and midfoot lockdown are both pretty impressive for a shoe made entirely of mesh and this is the first time where you can literally feel the Dynamic Flywire doing exactly what it’s supposed to… keeping your foot supported & drawn into the base or footbed.

The heel feels a little loose at first as well but thats because you need ample time to adjust the strap to fit you properly… straps that high up are always a pain in the butt until you figure out that sweet spot to harness it down.

Overall, I was more impressed with the fit that anything else… I thought for sure that this was an ankle injury waiting to happen – if you have weak ligaments than it very well could – but I found them to be perfect from a personal level. 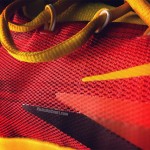 Ventilation – Its a full mesh upper… you do the math. 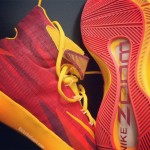 Support – There are a few support pieces in place to help support certain sections of the foot. The TPU window is your torsional support while the exaggerated outrigger is there to provide you with a stable and wide base to help prevent roll overs. Everything else relies heavily on the upper/ fit and its ability to keep you locked into the base of the shoe itself. Your body will be the real deciding factor here, if your ankle ligaments are weak then you’ll likely run into issues. If you have 100% healthy ankles then you’ll likely be fine. 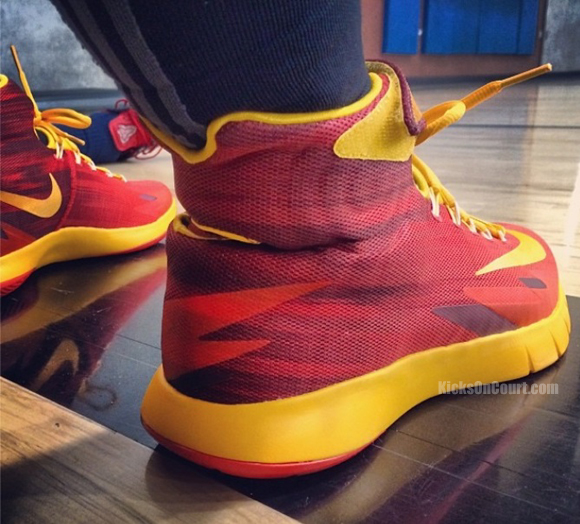 Overall – One of Nike’s best team shoes since the Hyperdunk series. Full length Zoom, lightweight, minimalist upper setup but somehow supportive to a certain degree… these are one of my favorite shoes right now. I still can’t believe that Nike created something like this that actually works… practically hooping in a sock…  its literally insane and genius at the same time. We’re only about half way through the month of January so anything can – and likely will – change but at this very moment, these are at the top of a very short list.

If you wanted to try them out for yourself then you can grab the Nike Zoom HyperRev now at FinishLine.com in select colorways. 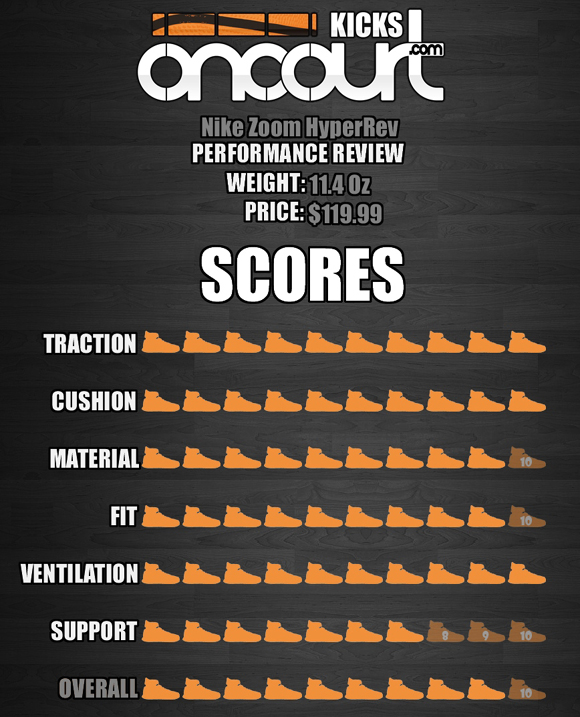