I have nothing creative to say… hate when that happens… 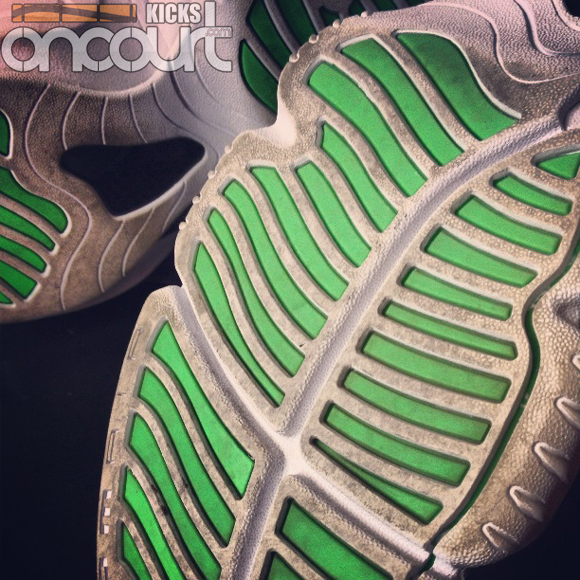 Traction – Not bad but not great. Front to back is where you are covered but lateral movements could used some work. Surprisingly, this outcome was the same no matter the court condition or the type of court… I played outdoors in addition to indoors this time around. They provided the best traction on rough outdoor surfaces, anything smooth and you may slip slightly when making lateral movements. 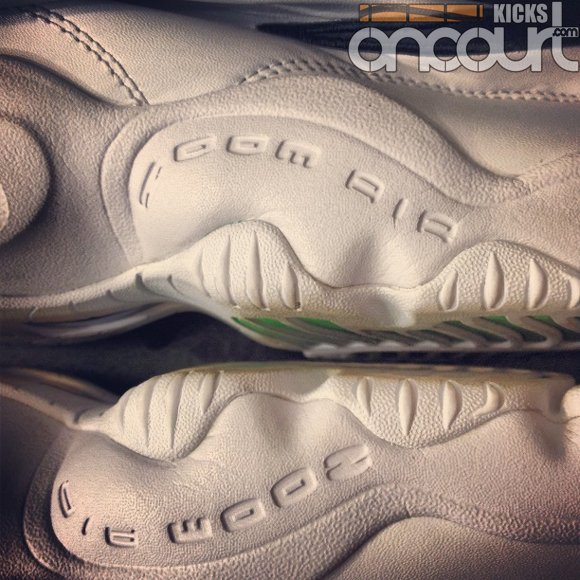 Cushion – I went over the cushion in their final performance teaser and noted that the cushion was nothing special and on par with some of Nike’s latest releases featuring Zoom that is difficult to feel. I wound up taking these outdoors and playing with them for about 4 hours and the heat really helped break the cushion in tremendously. It makes me wonder if certain shoes I’ve reviewed in the past would have the same outcome after playing outdoors for a while but I doubt I’ll ever get around to trying it out.

I still wouldn’t say the cushion used here is the greatest of all time but it gets the job done just fine. 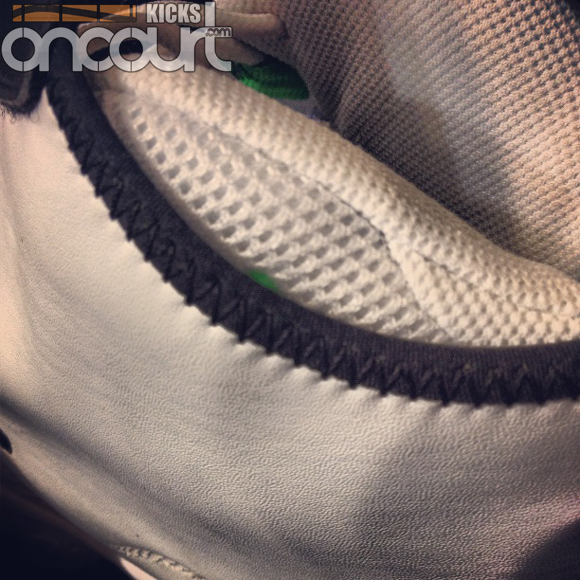 Material – Most of the colorways that will release will feature a spandex shrouded upper whereas these feature a leather shrouded upper. Both will work perfectly fine but the leather will likely be more durable in the long run while the spandex versions will be more breathable… I’d take the spandex version next time around as the leather made these comparable to an oven once you got going. Other than that I thought the materials were great. I loved the mesh interior and synthetic lacing system. Not really much to complain about at all. 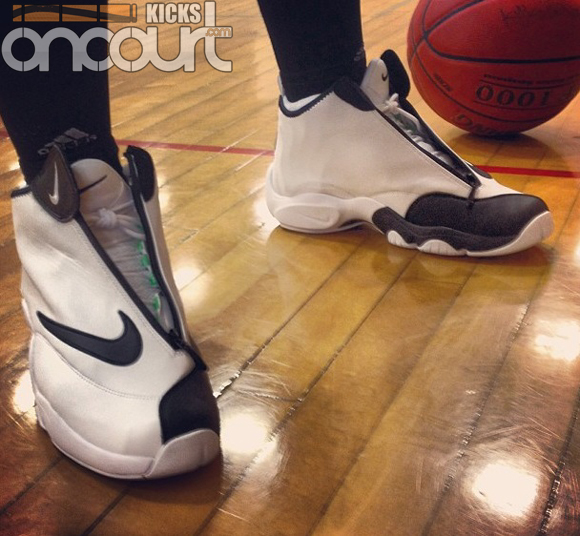 Fit – If there is one thing you can guarantee when hooping in a shoe with a shroud – besides the lack of ventilation – its that you are going to have a really awesome fit. I didn’t feel as if zipping these up was 100% necessary but once you did use the zipper then you knew your feet weren’t going anywhere. For a shoe designed in the 90’s, this is pretty sweet. There are very few shoes from this era that have this great of a fit and lockdown… good thing too, wouldn’t want to disappoint with a name like The Glove. 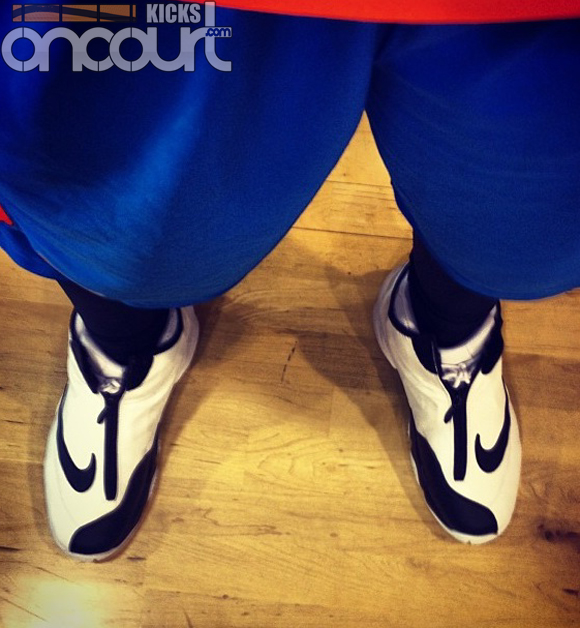 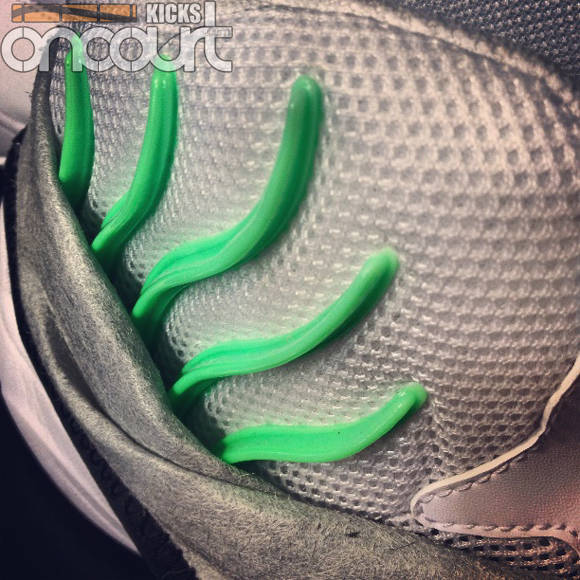 Support – The fit provides you with most of the support – which is great – while the reintroduced Monkey Paw actually does its job. Basically, it holds your heel into the back of the shoe and provides lateral support. Add in the shroud and you really don’t need much else. 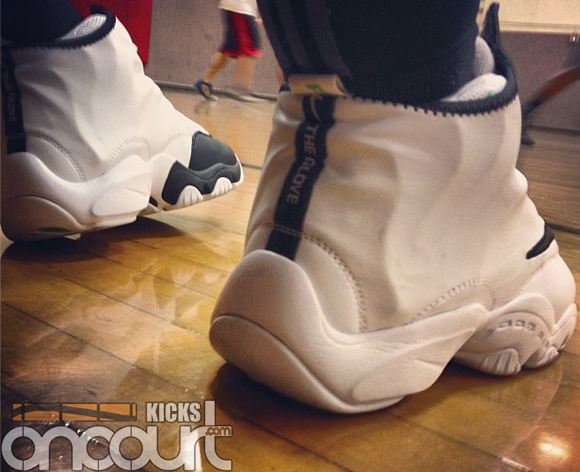 Overall – There are better performers out there but this is going to be a nostalgic shoe to play in for a lot of people… especially for people like myself that never had the chance to play in them the first time around. Surprisingly enough, I had more fun playing in them outdoors than I did indoors and I usually prefer indoor hooping. The only real drawback is the ventilation and I would hope that the spandex upper will help alleviate some of the moisture buildup… although I doubt it will help much.

The new generation might prefer to stick with their plastic uppers but for us older folks… The Glove came before the XX8 and it’ll take more than crappy ventilation to keep us from lacing these up on-court one more time. 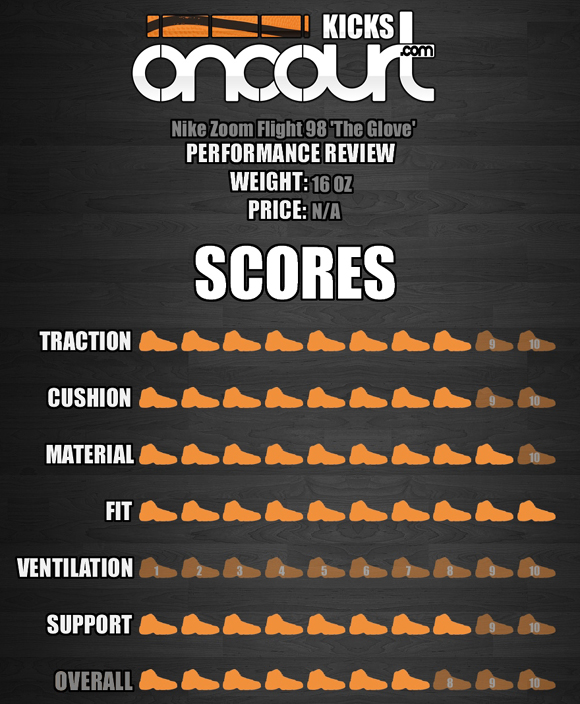