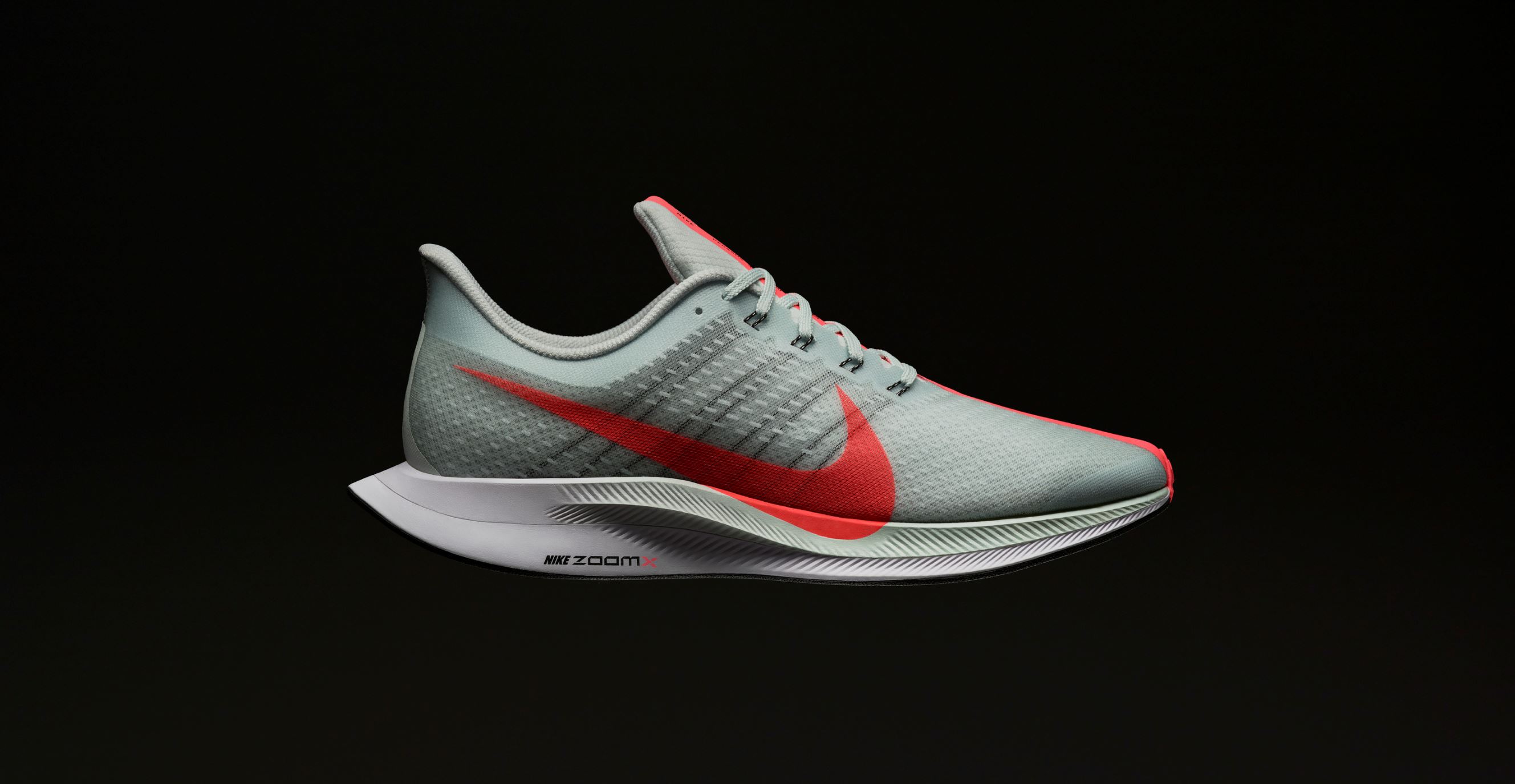 Inspired by Nike’s top of the line $200 and up performance runners like the Zoom Vaporfly Elite and 4%, the Zoom Pegasus Turbo employs the brand’s new ZoomX foam.

Equipped with Nike’s lightest foam — a single men’s size 10 shoe weighs 8.4 ounces while a women’s 8 is 6.9 ounces — ZoomX should deliver 85% energy return, the most of any Nike foam to date, according to the brand.

What has been left off of the $180 Zoom Pegasus Turbo is the carbon fiber springplate found in the Zoom VaporFly Elite and 4%. According to Nike, the plate was left out because it added stiffness and propulsion — which is great for race day — but may not be suitable for runners that want everyday use out of the Zoom Pegasus Turbo. 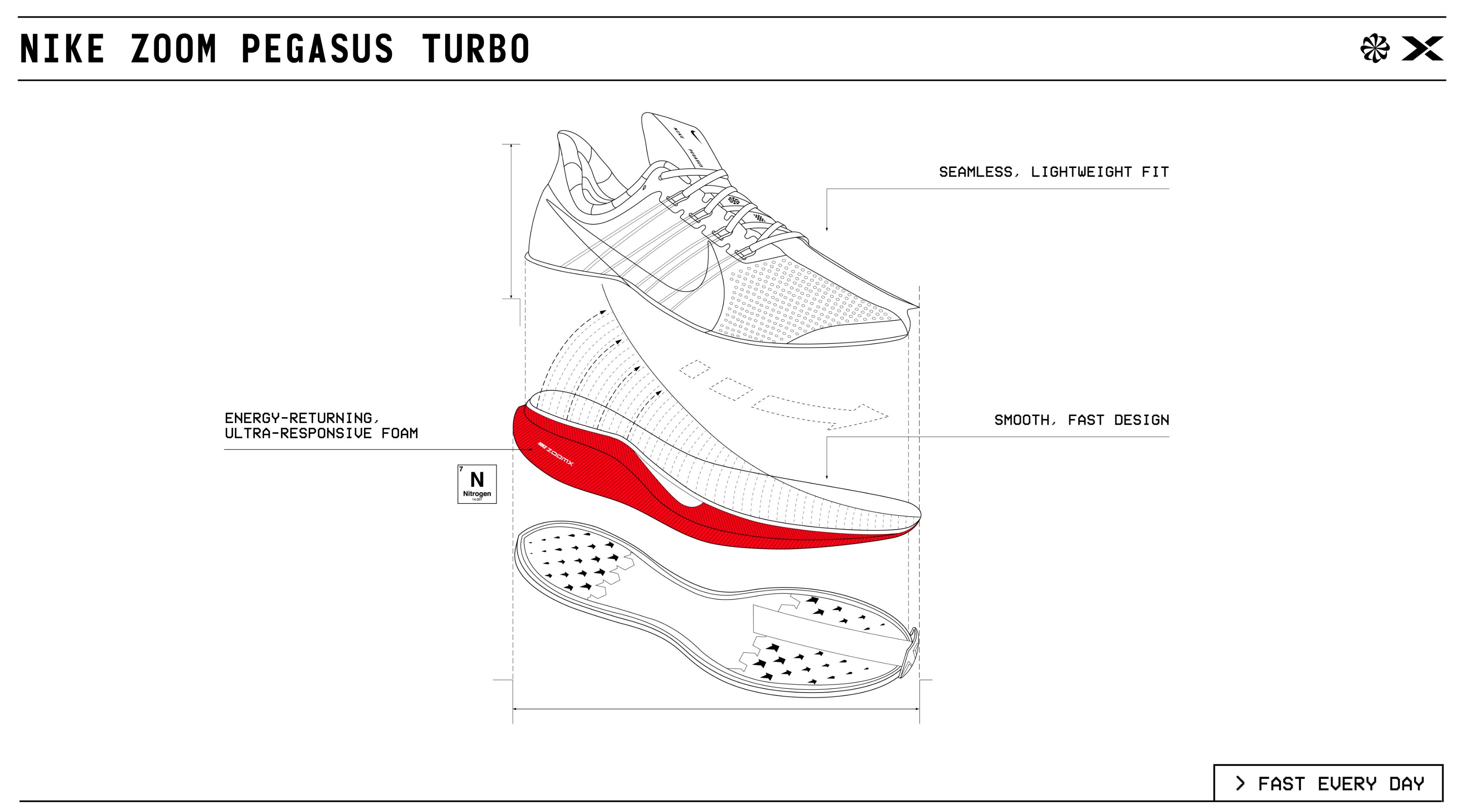 With a 10mm offset and 12mm forefoot stack, Nike claims that the new Zoom Pegasus Turbo will help runners store more energy. Like the Zoom Pegasus 35 and all of Nike’s top-tier performance runners, the Zoom Pegasus Turbo features the curved-away heel collar (to avoid rubbing the Achilles) and the sharp wedge at the heel of the midsole. It also gets a massive Swoosh that extends onto the midsole and a racing stripe up the middle (everybody knows racing stripes make things faster).

The Zoom Pegasus Turbo will release globally on August 2 at nike.com and select retailers for $180.

The real question for runners will be whether ZoomX is worth the $60 extra over the full-length Zoom Air and Cushlon set up in $120 Zoom Pegasus 35. Let us know what you think in the comments below. 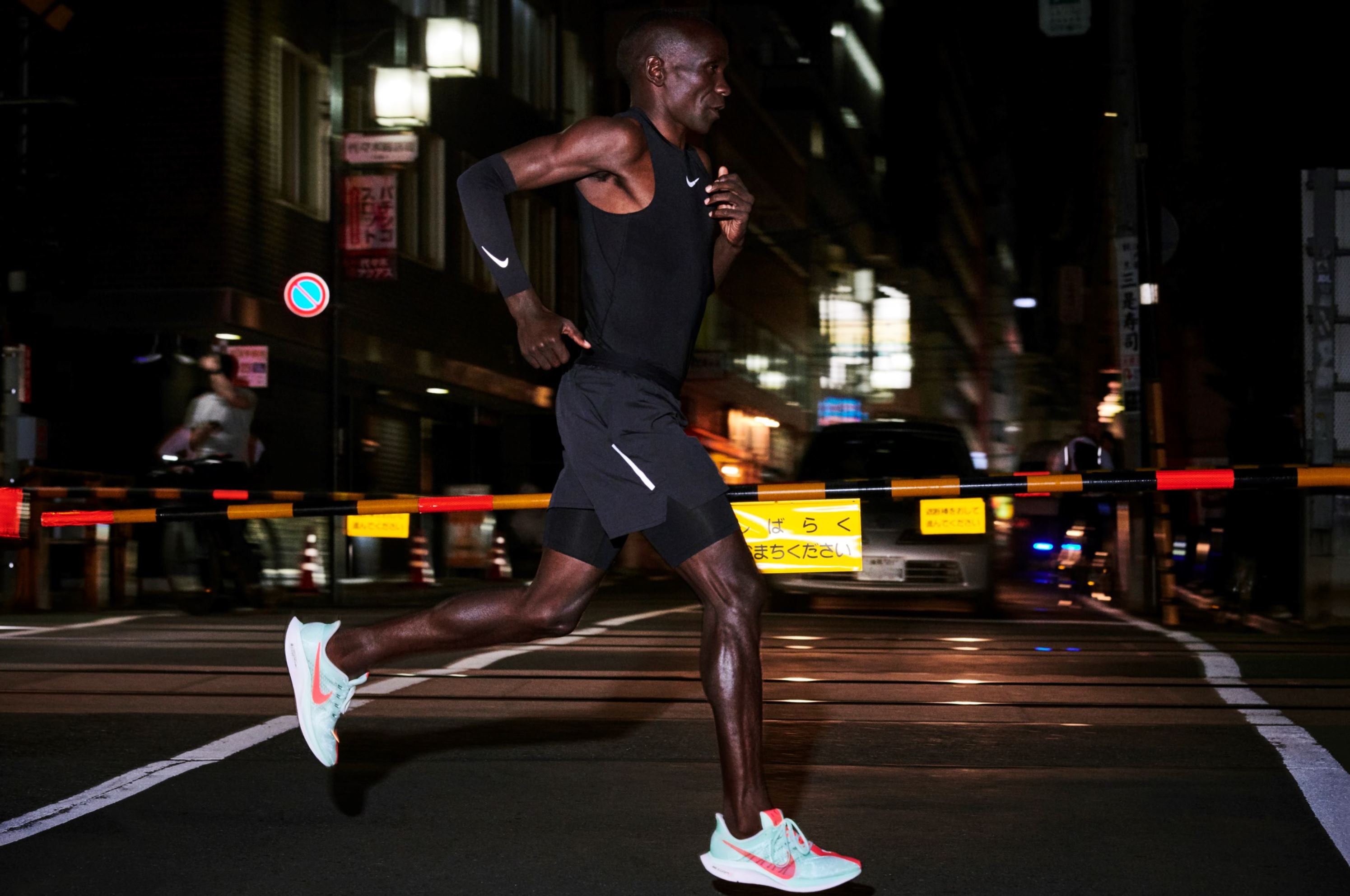 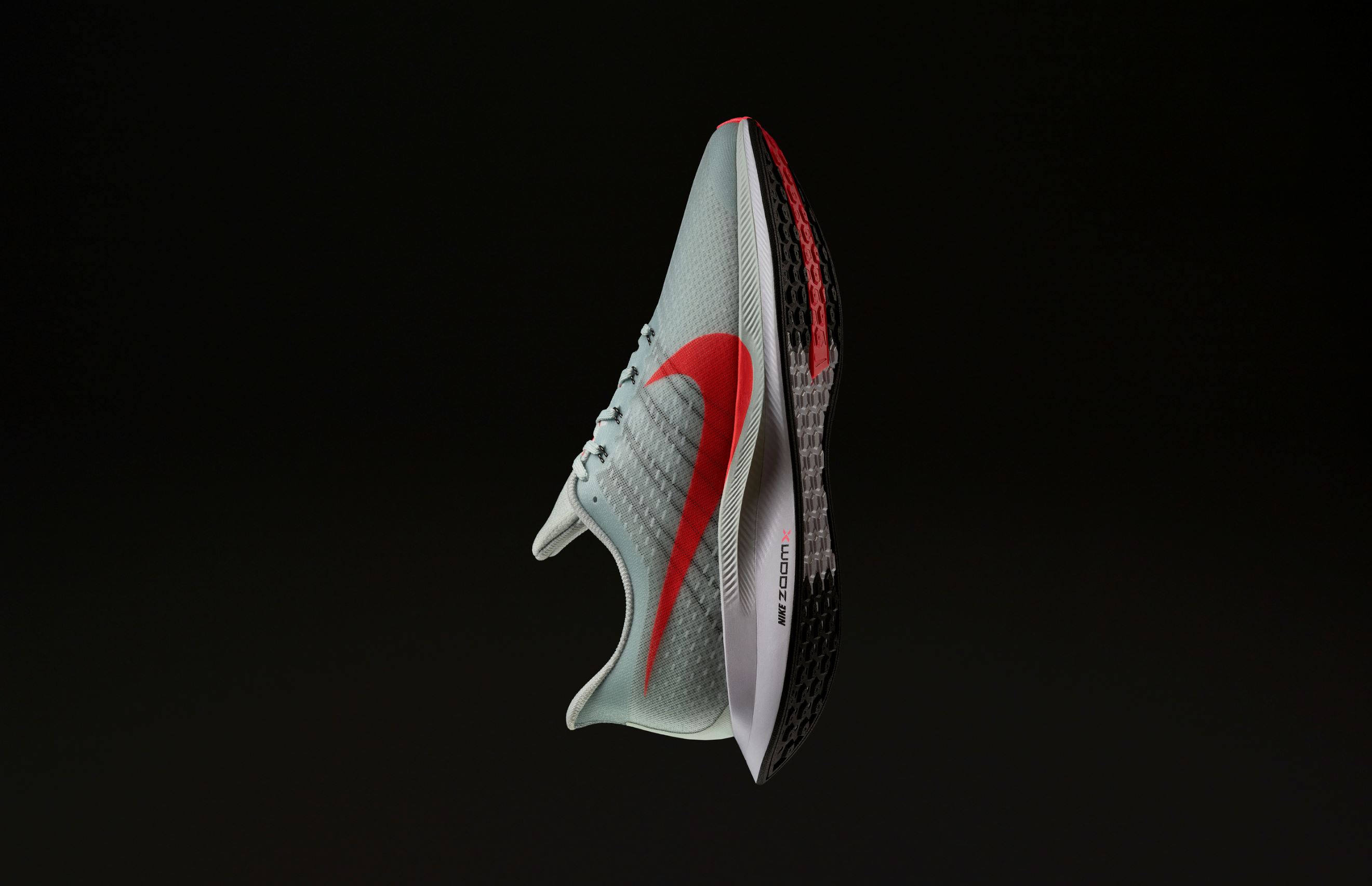 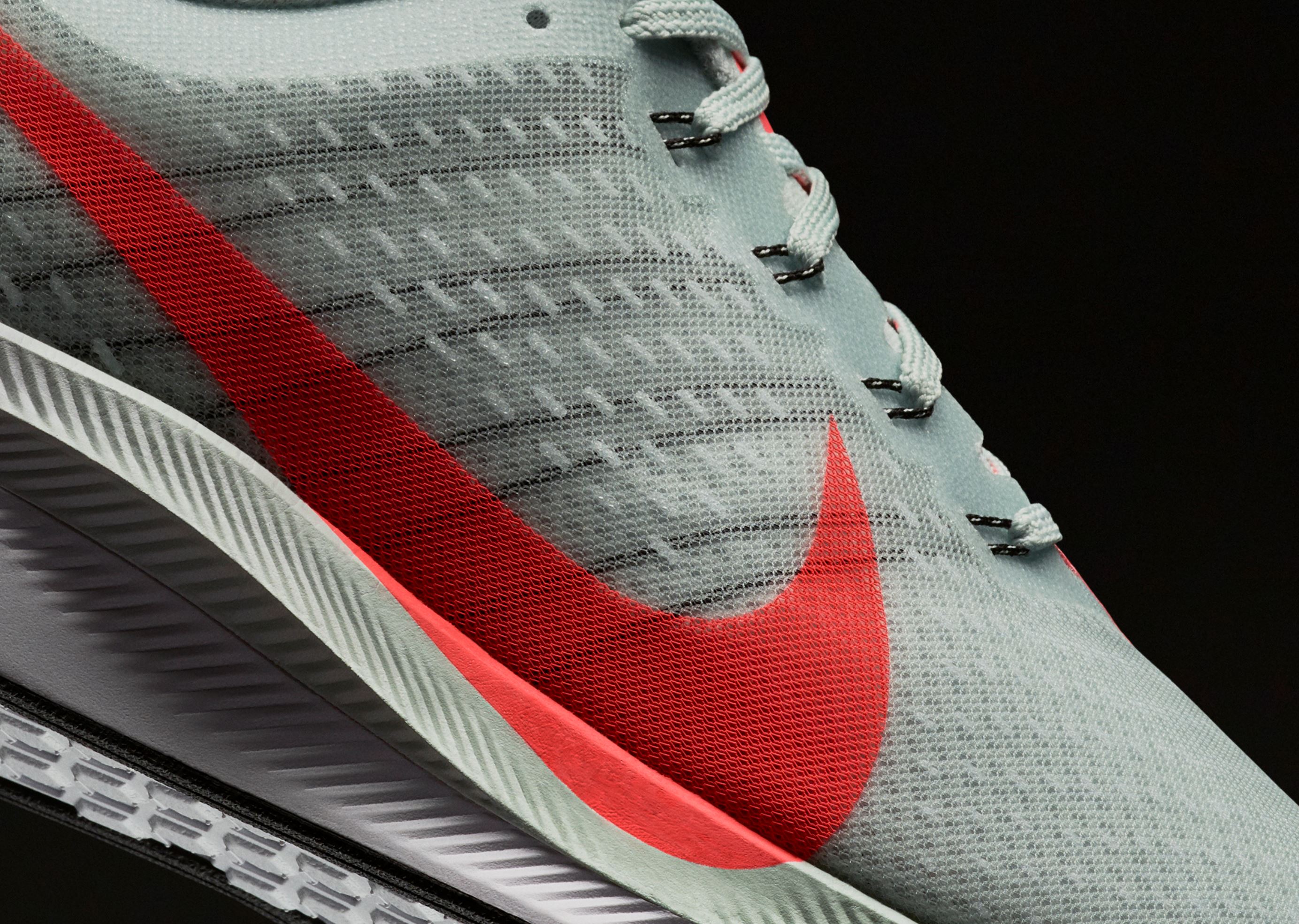 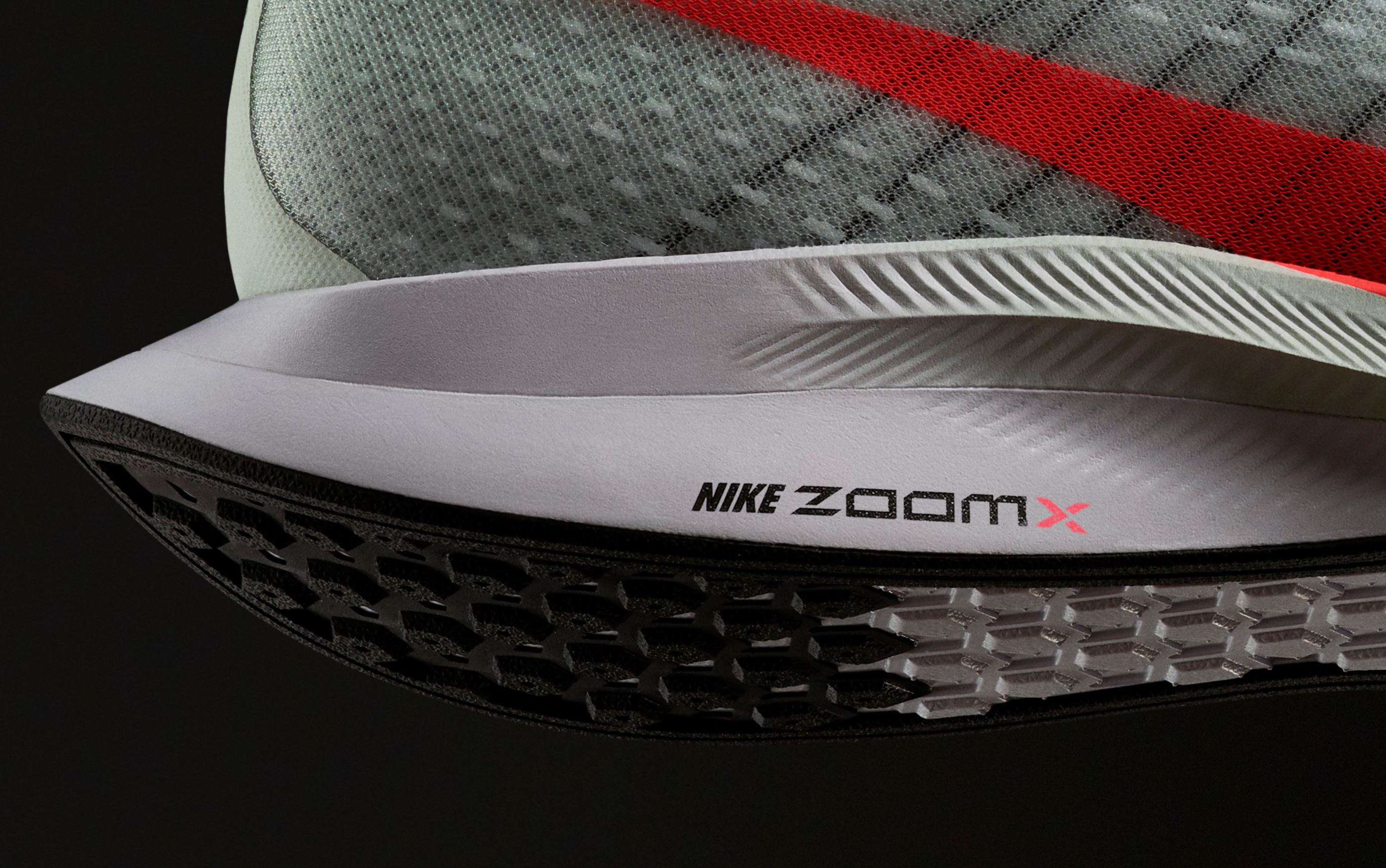 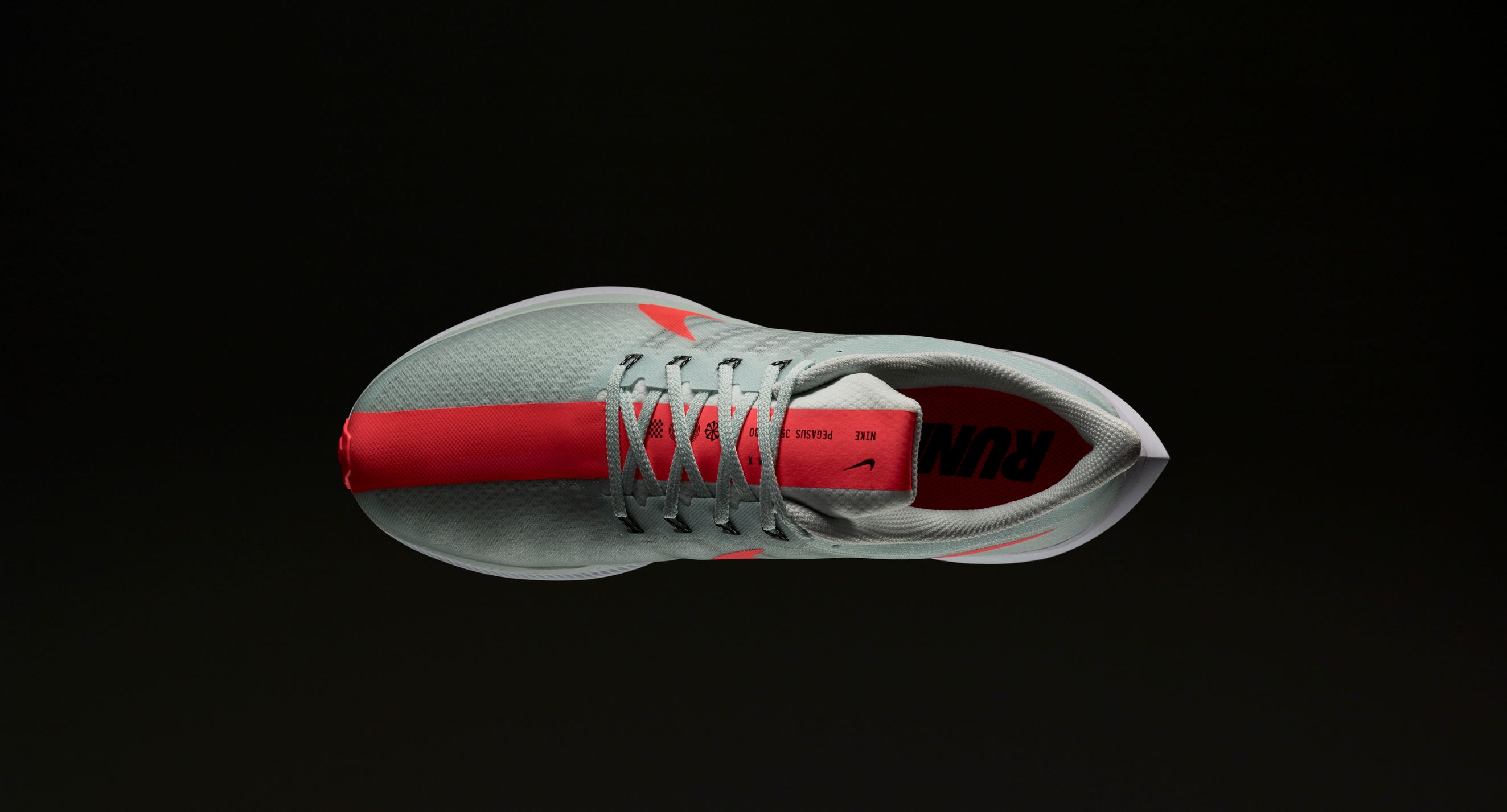 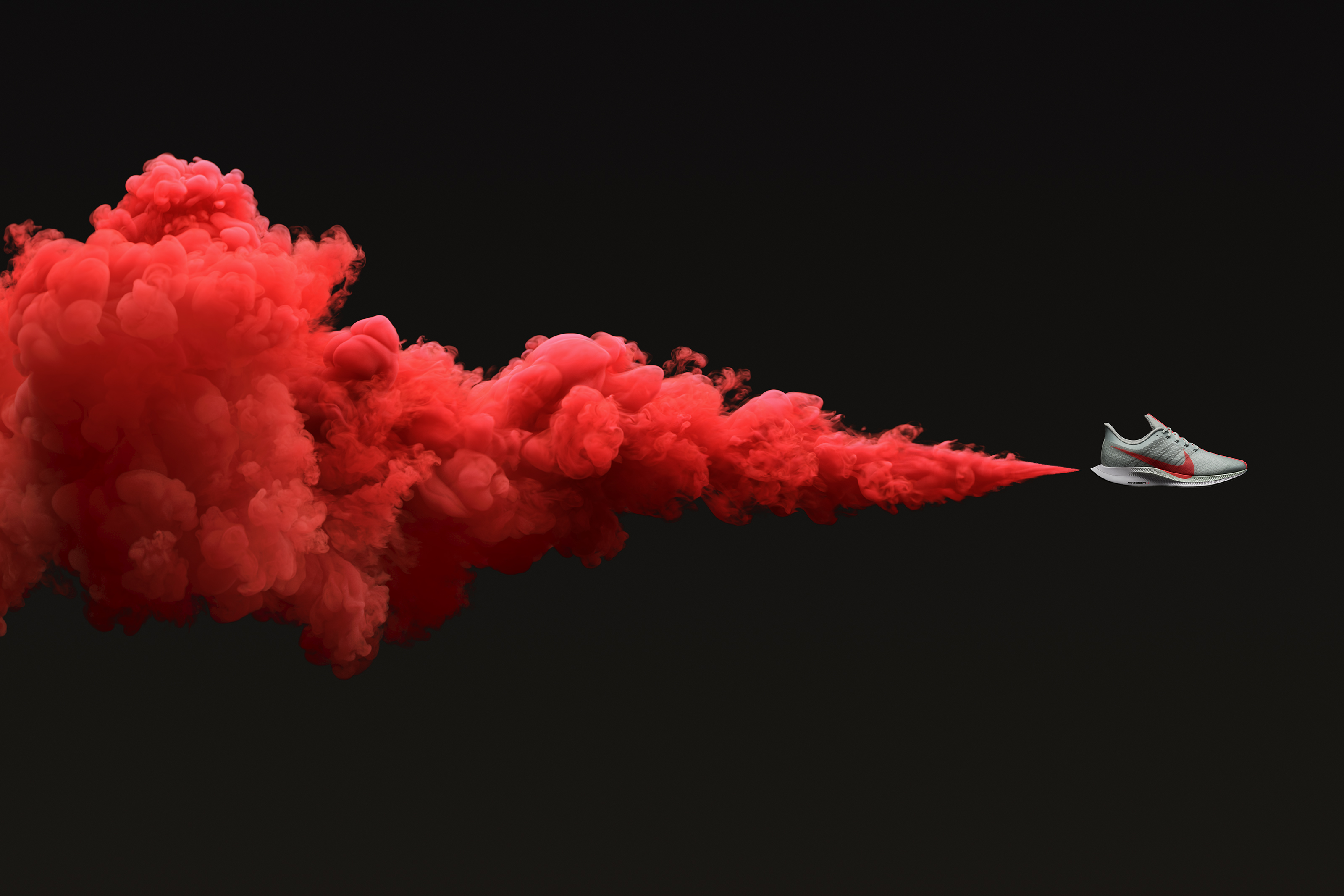