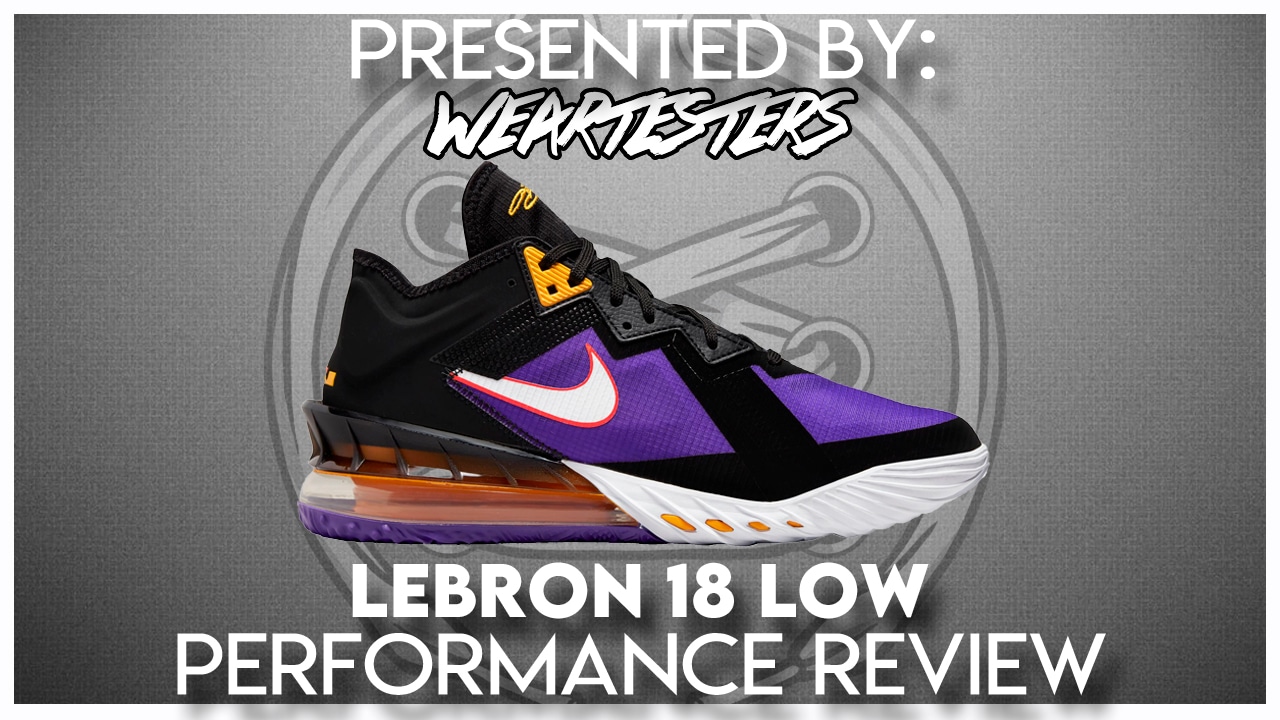 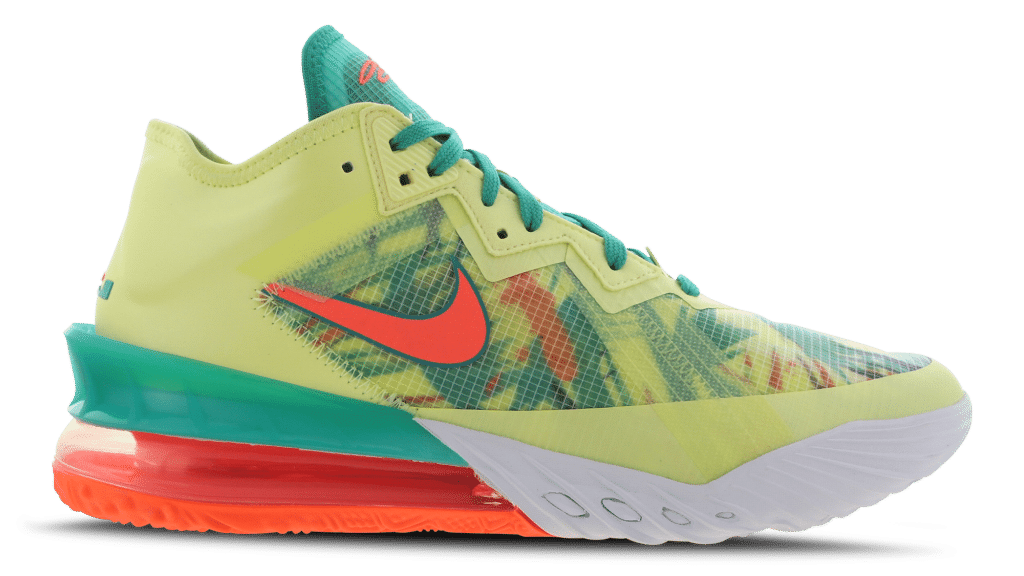 Buy at Nike
Buy at Eastbay

The Nike LeBron 18 Low comes after a good run by the Nike LeBron 18, its higher cut brother that’s actually the same collar height. The LeBron 18 was a good shoe with some obvious weaknesses that made it a bit too unstable for some. This time around, LeBron’s Nike design team made just the right tweaks to upgrade the original.

What upgrades did they make you ask? Read the article below to find out for yourself.

This is the exact same setup as the Nike LeBron 17 Low, full-length Nike React with a heel Air Max unit. The air unit is similar to the one in the Nike Air Max 270, which runs basically half the shoe. The cushion was easily my favorite feature of the shoe.

Upon try-on, it was extremely plush, especially in the forefoot. We can thank the many outsole openings on the shoe for that. There’s a bunch on the bottom that wasn’t there on the regular LeBron 18 along with a few on the lateral side. This allowed the foam to do what it’s supposed to do, expand. Back in the heel, impact protection was crazy as hell. Be careful, though, as it can be a little wobbly. Court feel is definitely not a strong suit, but I wouldn’t say it’s insanely high off the ground. There was some bounce, but nothing compared to the Zoom on the originals really. If you’re looking for a just-right plush, impact-protecting cushion, you’ll get it here. It’s both comfortable and a performance beast.

The traction is the same general design with the regular LeBron 18, though the implementation is slightly different. There’s a sectioned splatter pattern on the forefoot area and it honestly doesn’t make much sense to me. The only logical reason I could find for it is to enable better compression from the React midsole.

Performance wise, these were good enough. Take note of the court I played on. It’s insanely dusty and I didn’t have too many problems. It wasn’t noisy traction though, so if that’s what you’re looking for, you won’t get it here. However, the traction was good on most days with only some minor slips that mostly happened when they were relatively new. So, give the LeBron 18 Low time and it should be just a tad below A1 traction. Durability also isn’t too bad. Just a few scoffs here and there, but nothing major. And that’s after playing exclusively on concrete.

Snug. In a damn good way. I never felt like I was swimming in the shoe, but I also never felt like my feet were in a straight jacket. If I were to compare it with another shoe, I’d say it feels similar to the forefoot of the Air Jordan 34 Low, but just a bit more comfortable. And that’s in large part because of the soft materials. My feet seldom felt cramped and I have flat feet. The LeBron 18 Low is one of the better fitting shoes I’ve tried. Ever. True to size for sure.

They added what we all wished the regular LeBron 18 had: outriggers. And they’re not even huge. They’re literally the tiniest outriggers I’ve ever seen and it still made a world of a difference. If you can’t see them in the picture, let me explain. Those lines that come up the lateral side of the shoes act as outriggers. Whether that was intentional or not, I’ll take it. Extra fuse was also added on both sides of the forefoot so the foot doesn’t rollover and it did the job. For flat footers like me, the arch wasn’t terrible, though you can feel it the first few runs. As with the traction, give it some time. I think the only critique I have with the support would be the slight instability of the Air Max unit. Heel strikes should be rare, especially while on court, but be ready. Any heel strike will require extra care to maintain your balance. Overall, though, very good support for a high-off-the-ground shoe.

I hate to do this to a shoe I love, but I got to be honest. We really should have gotten better quality materials for a shoe that’s priced at $160. The shoe isn’t cheap by any means. The materials say otherwise.

Three-fourths of the shoe is made out of a double-layered ripstop. There’s also a lot of fuse, so much so that the whole heel portion is a neoprene-backed fuse. The only “okay” materials we get are on the eye stays. The eye stays have synthetic suede (felt) on them and there’s a tiny (I mean the tiniest) leather overlay on the tongue. Speaking of which, the tongue was a not-so-loved aspect of the regular 18. The LeBron 18 Lows upgraded the tongue immensely. It’s made of ripstop, but it has foam inside for padding and comfort. However, I still wouldn’t wear thin and/or low socks with these as the thick stitching around the whole shoe might cause irritation. Overall, the materials didn’t impress. They didn’t match the price quality-wise.

The LeBron 18 Low isn’t a bang-for-your-buck shoe, but it isn’t an overpriced one either. Though the materials could be a TON better, in my opinion, everything else makes up for it. Whether you’re a LeBron fan, a person who likes impact protection, or a newbie looking for a shoe that’ll get you started, I can definitely recommend these. Nothing was overwhelming but everything was just right for the majority of players and foot shapes.