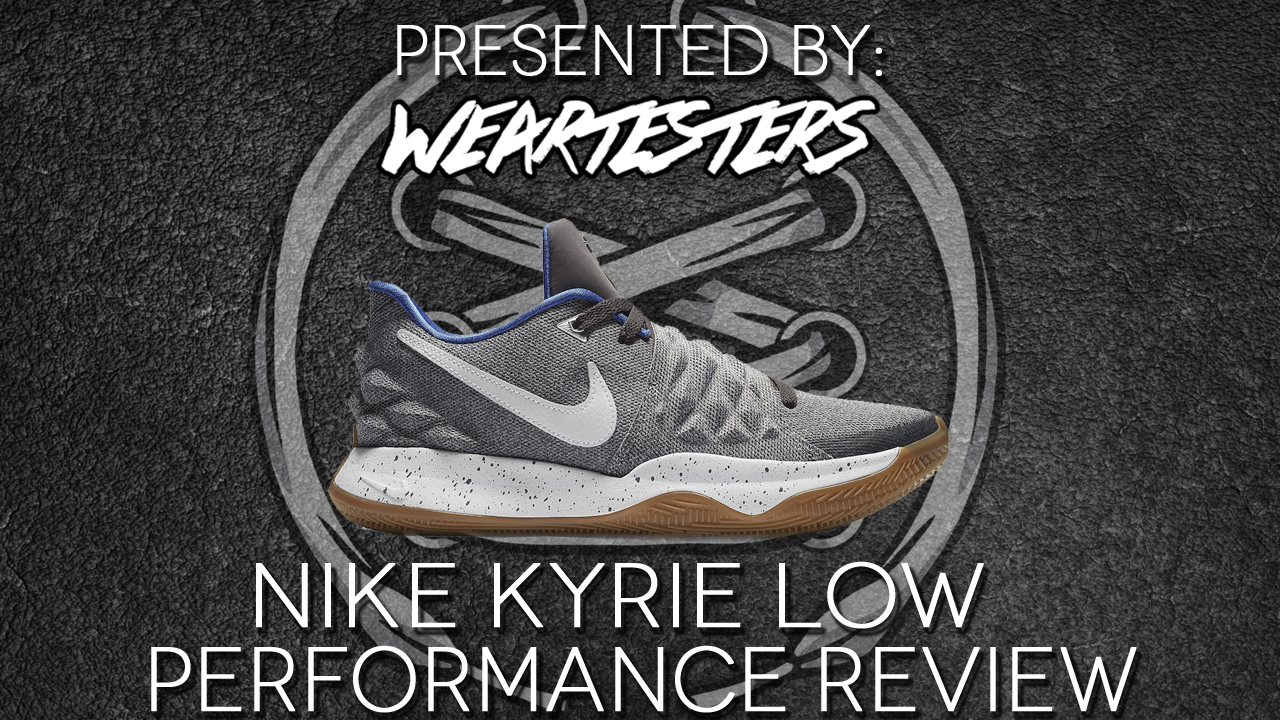 Kyrie Irving’s sneakers have been a huge hit with players of all ages since the first model. The shoes combine low ride with minimal cushioning and killer colorways. How does the Kyrie Low stack up? Here we go…

One thing that has been consistent since day one is that Kyrie models will have great traction. The Kyrie Low doesn’t disappoint.

Using a straight-line traction that is broken up and rotated in certain areas, the traction pattern mimics herringbone with the different angles and spacings — and its ability to grip in almost any environment. The spacing is wide enough that wiping was at an extreme minimum — maybe once a session — and the grip was stop-on-a-dime power. Changing direction was smooth and quick because the traction let go as soon as it grabbed.

The Kyrie Low also uses the curved midsole/outsole tooling that first appeared in the Kyrie 2 and, again, once you get used to the “rolling” feeling the combination of rounded outsole and killer traction makes transitions smooth and fast. The only thing holding the Kyrie Low traction from Hall of Fame was the durability. I had two or three pieces of the pattern come off during testing, all done indoor, so outdoor is a definite no on the gum bottoms. Not sure about any solid colorways, but for the color tested, no way.

For the first time ever, a Kyrie model uses both forefoot and heel Zoom Air for cushioning, and we should be excited — when done right, the 20-year-old technology is still one of the top cushioning systems ever made. Unfortunately, the Kyrie Low uses rectangle bags that are bottom-loaded, so the Zoom feel isn’t really there. The bags aren’t exceptionally thin (7mm thick in the forefoot and a serious 14mm in the heel), but the stiff Phylon midsole deadens the initial bounce and response you would normally feel. So how did the Kyrie Low get a Starting 5 rating?

Simple: it works great on court. With the killer traction and the idea that this shoe is made for quicker players who cut and shift, the stiff midsole doesn’t compress and cause lag time between movements. With the Zoom being bottom-loaded, you don’t get the feel underfoot of a good Zoom, but the impact is absorbed and deadened through the Phylon as well. The cushioning works with the traction to make the Kyrie Low feel low and fast, so it’s doing its job. As I have gotten older, I know my knees and ankles need a little more protection, but for the design of the Kyrie Low, the cushioning works great.

Ahhh, yes, the lovely mesh and fuse upper. The colorway tested (the ‘Uncle Drew’ grey/royal/gum) has a heavily glued, canvas-style fabric that took some serious break-in time. Even after a few wears, there were still some hotspots around my toes and the upper made a popping feel when flexing my foot. The medial and strap Swoosh are leather, or at least a really good synthetic that add a little premium feel (the black and white colorways are TPU/plastic). There are some areas of fuse around the toebox for a little extra durability.

While the upper is made up of one primary material with no layering except for the strap, Nike did put some effort into design with the molded heel counter. Mimicking the spiked look from the Kyrie 1, the Kyrie Low uses a molded heel counter underneath the fabric to push the look. In this colorway, the strap gets the same treatment, and although it adds nothing to performance, it does a great job in breaking up the upper and giving some texture to the design.

I have held the black and white uppers in-hand (and might possibly pick up the white colorway soon) and they’re made of a different mesh (something more like the Kyrie 3) that is more pliable and feels better to the touch. If you are looking for a ready-to-go upper out of the box, I suggest one of those colorways.

The lacing system is the exact same used on the Kyrie 2 with a little diagonal offset on the lace holes. Overall, the shoe pulls nice and tight around your foot, locking everything from the midfoot forward in and down with no movement at all.

The heel had a little bit of slip until the upper broke down a little, but after the materials loosened up the heel slip went away…for the most part. The open Achilles area leaves the top of the collar a little wide, leading to that slip, and the heel counter is solid so the little bit of slip that is left is no worries.

First off, the strap does nothing. It makes the midfoot feel a little tighter, but as far as playability, it adds nothing. Looks cool, though. The main support components are not blatant — subtlety is key. The low-riding midsole and the lacing system are all you need.

The rounded outsole takes a little time to get used to if you haven’t played in a Kyrie before (and thankfully it doesn’t feel at wobbly as the Kyrie 2) but once you do the feeling is controlled during movement. With the lacing system locking you into the shoe and the foot sitting inside the midsole (not directly on it) you are not sliding anywhere you don’t want to.

There is a midfoot shank in the Kyrie Low — the small, standard, hidden TPU kind — that provides a little midfoot support. The heel cup is solid and keeps your foot vertical. This should be enough for most players, even bigger post players, because the solid midsole doesn’t compress to the point of tipping — that helps keep your foot stable.

While I enjoyed the overall cushioning in the Kyrie 4 more (Cushlon, where have you been?), I felt that the Kyrie 4 was bulky and traction took a while to get right. The Kyrie Low comes in a sleeker package with better traction but loses step-in comfort and responsive cushioning.

If you are a quicker, shifty guard who loved the Kyrie 2 and 3, the Kyrie Low is a no-brainer. It’s package of traction, court feel, and fit make the shoe ideal for most guards and actually, any player not needing a wide shoe or supreme cushioning. If you play mostly outdoors, sorry, because like most shoes today you will want to stay away.

To be honest, the first time I wore the Kyrie Low I was almost determined not to like it — it felt stiff and way too solid underfoot for me to enjoy playing in. Luckily, the shoe began to warm up to me and broke in nicely, both in the midsole and the upper. The Kyrie Low has become a solid rotation shoe that I can count on. Now if I could just get this old guy off my porch to quit screaming, “You reach I teach, youngblood!!” 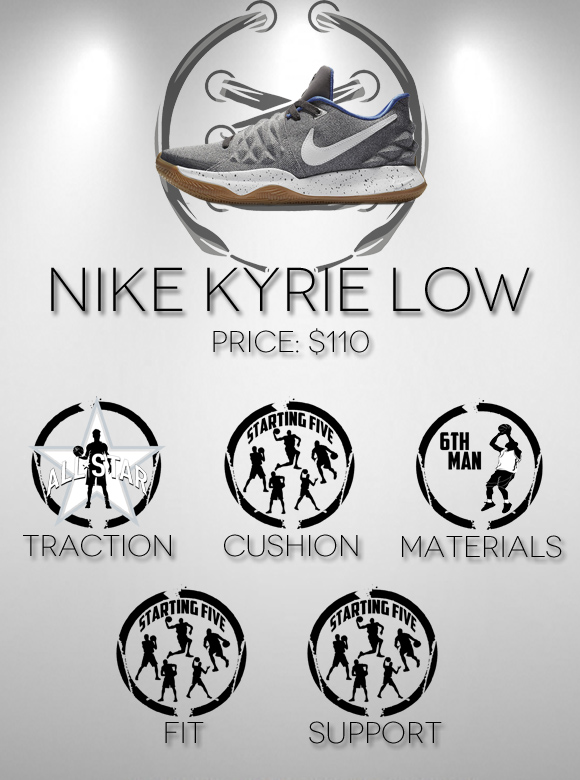