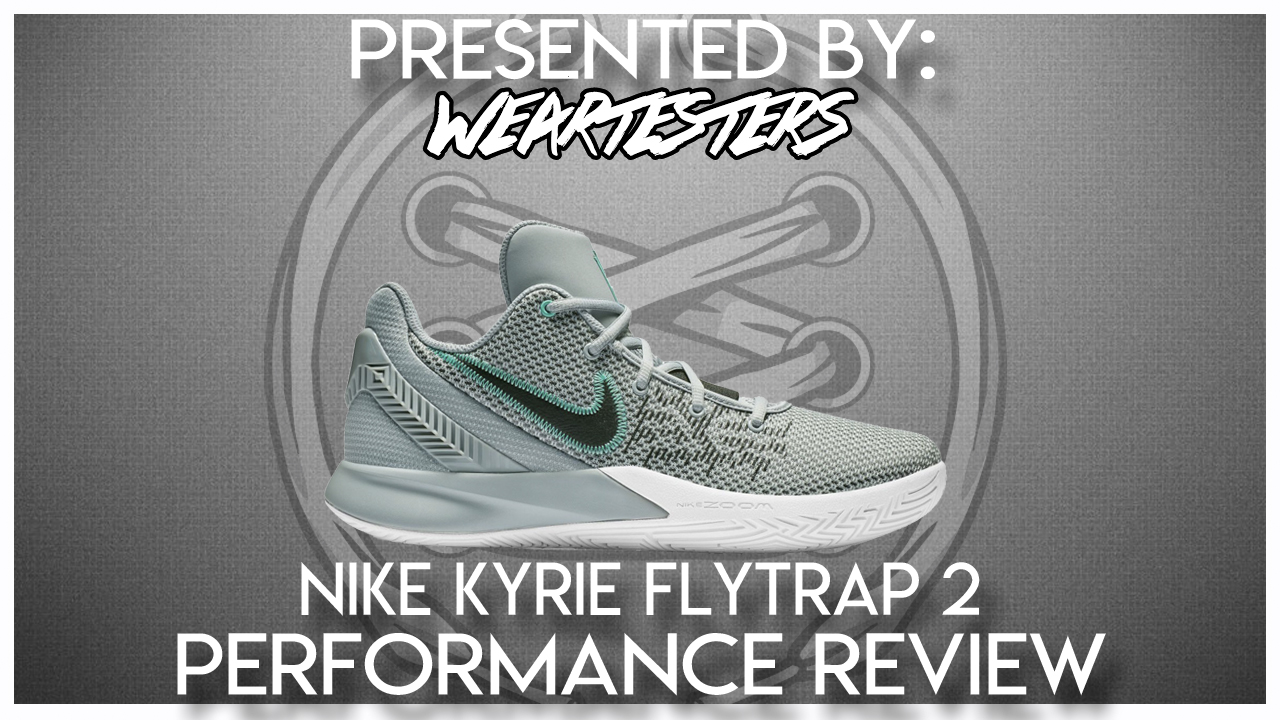 The performance review on the Nike Kyrie Flytrap 2 is in. Is it better than the original? More importantly, is the model needed at all?

The rubber is the real winner here as the pattern itself is nothing special. Yes. Herringbone and circular patterns are used, but its all implemented in a very flat way. Usually this means you lose a bit of the patterns bite — especially when playing on a less than desirable court. However, that was not the case with the Flytrap 2. It didn’t matter which court I was on, the traction just worked. Outdoors too — plus the rubber is hard so it should last a bit longer than a lot of what you see on shelves today.

Is it All-Star or HoF level traction? No. But it’s very reliable and consistent. Not quite the bite or tact that something like the Anatomix Spawn Low 2019 offered, but still very good traction nonetheless.

While the traction was solid, the cushion was not.

This was a surprise as the original Flytrap offered the same setup but had a completely different feel under-foot. The original was somewhat soft while these are Kyrie 2 level firm. This type of setup is loved by some as you have zero lag in response time thus feeling quicker with every step. If that sounds like the type of cushion you enjoy then these will be able to accommodate that desire. If you’re looking for something plush or bouncy then stay away. Far away.

Textiles and a little bit of Fuse. Not anything out of the ordinary when it comes to 2019 basketball footwear.

The textiles have been durable, supportive, lightweight and require little to no break-in time. Again, everything you’ve come to expect from modern day basketball shoes.

For what they are, they work and they work well. No real complaints.

Narrow. Very narrow. Not PG3 narrow, but definitely nowhere near the same width as the original Flytrap. I’m not sure why there was such a huge difference in last used between the two Flytrap models, but the difference is vast.

If you’re a wide footer I’d recommend going with the original model. If you’re a regular or narrow footer then going with the Flytrap 2 would be a solid options — going true to size is the best bet for that as well. In the video you can see my foot pushing the textile over the footbed a bit — something textile is known for, but also showing just how narrow the build and tooling are. I’m not a wide footer and just a practically motionless roll of the foot shows just how slim these guys are.

Much like the materials, there isn’t much to discuss. There may be an internal torsional bar — the original model had it so why not use one here? The heel counter is both internal and external. A bit Kobe-esque but also works just as well as those had. If it ain’t broke don’t fix it.

Fit is tight, but the tooling is narrow so you do roll over the footbed in the front a tad. Nothing too extreme and happens more often than you’d think, but still something to note. My main issue with the tooling is the rounded portions. While it’s not causing a bunch of instability, it also isn’t helping keep you stable. This is a prime example of a mobility shoe and not a stability shoe.

The Nike Kyrie Flytrap 2 is a very solid shoe in most aspects, but cushion could definitely use some improvement. However, with a release such as this I have to ask; what’s the point? With outlets becoming more and more available, Nike outlets no less, then why release a shoe like this? You can head to an outlet and buy something within the same price range, maybe even a little less, that offers way more tech features than something like this.

Maybe the Flytrap 2 is for the Kyrie fan that wants his new shoe but is unable to get the main model? Even then… I just don’t really understand the need for the Flytrap line at all.

It’s a good shoe overall. But it isn’t really needed nor are they worth it. 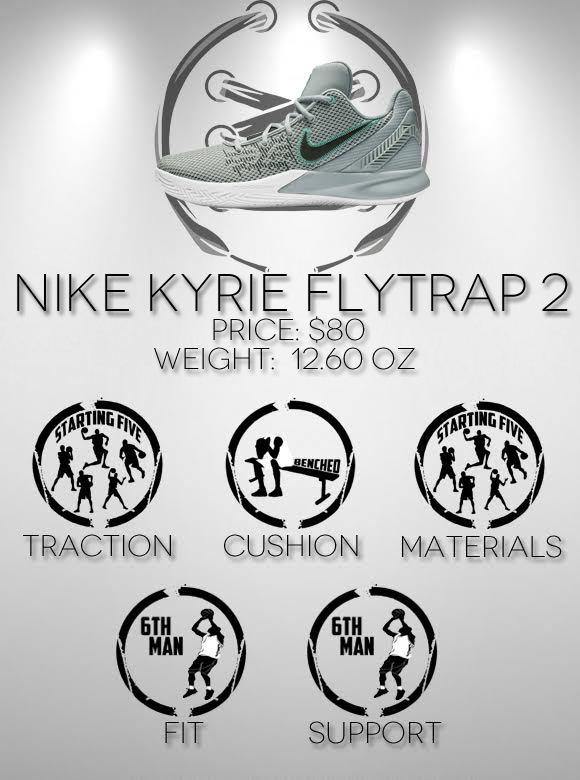