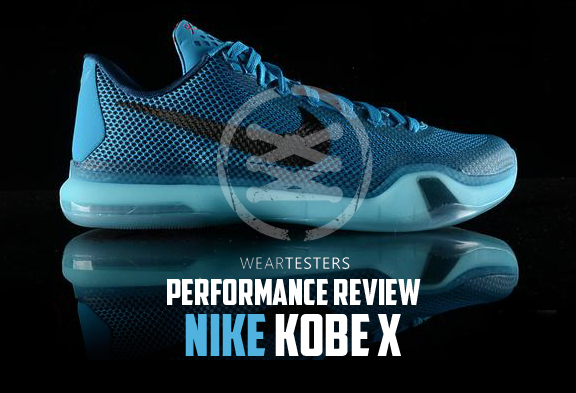 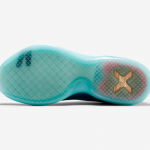 Traction – My initial reaction was to hate it… plain and simple. The traction just doesn’t look like it would be reliable on-court… and once again, I was totally wrong. Those little nodules, yeah… they grip the hell out of the floor – no matter the condition. Hell, one of the floors I played on had a bunch of dirt all over it (stupid band practice)… I was the only one not slipping. I feel the rubber compound and the pattern used work in tandem with one another… without one, the other wouldn’t work as well.

Now, will they last outdoors? Unfortunately, they wont, but if you play indoors and want something that will take care of you then this is it. For outdoors, you have plenty of options… much cheaper options too. With the KB Mentality available for those that want Lunarlon or the Venomenon for those that want Zoom… it’s all there. Why you’d want to spend $180-$200 on a shoe to play in outdoors in beyond me, but to each their own.

Which is better; Kobe 9 traction or Kobe 10 traction? Look, it’s not about what’s better in this particular scenario… it’s only about whether or not the traction works. So, does the Kobe X traction work? Yes… it sure as hell does. 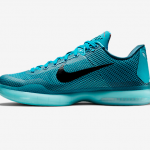 Cushion – Full length Lunar and a large volume heel Zoom Air unit provide you with nice, low profile and responsive cushion. Everything is caged within two separate rubber sidewalls, which made the Zoom Air a little lackluster in terms of feel. It works just fine, absorbs and deflects energy upon impact and all that good stuff, but I just didn’t feel the Zoom Air like you would in the Melo M8, Jordan 12, or even the previous Kobe’s like the 5 & 6… and those had thinner units available, they just weren’t locked into a cage.

I loved the Lunarlon, though. Again, just from a try-on or first impression standpoint, I really wasn’t too thrilled with the Lunar setup, but once you start to run around then you’ll enjoy how they feel. It’s not plush the way the 8 and 9 were, these feel slightly firmer when at a standstill, but nice when in motion.

Why is the cage in place? To put it simply, its for support & stability. Is it restrictive at all? A little, not too much… but you can tell that the Kobe X isn’t quite as mobile as the previous two models. This setup is actually beneficial for an aging player, I should know… I’m not getting any younger here. There are plenty of flex grooves in the Lunar midsole, but when it’s all caged in… you won’t be gaining a ton of additional flexibility. 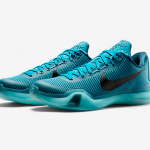 Materials – The materials are what disappoint me. A thin layer of Fuse is pretty much what you get. Mesh is glued to the Fuse for aesthetic purposes, but it really doesn’t serve a performance purpose. If you plan on getting the All-Star edition, there is an additional layer of Fuse – which makes no performance difference at all – that will peal off with wear.

Personally, I prefer a mesh or knitted upper over this setup… but if you like something that is structurally durable and a bit more supportive than softer materials then this isn’t a bad upper to have. 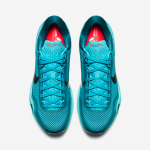 Fit – I felt the Kobe X fits true to size… maybe a little on the narrow side, but for me… its a perfect fit. As mentioned in the material section, the upper flexes awkwardly with the foot which created some disconnect with the foot, but it wasn’t a consistent problem. Most of the time I didn’t notice the shoes on my feet, but when I did… I wasn’t thrilled about it.

Lockdown is solid from the midfoot to the heel, not a single issue there. But that disconnect I was talking about… when it happened, it happened in the forefoot, and thats primarily where I play. If these had the Neoprene toe that is featured on the Kyrie 1 then I don’t think this would have been an issue, but since they went with a Fuse shell for the entire upper… this is what you receive. 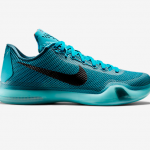 Support – This is probably the most supportive Kobe to date, but its more from the shoes increased stability rather that standard support features. The Cage takes care of torsional support, while the upper and built-in heel counter takes care of the rest.

That little Carbon Fiber clip up front… I still have no idea what its for. By the way, I had an issue with that area – as far as needing to be broken-in – with the Blue colorway only… I had no issue with them in the All-Star colorway. Some people might have an initial problem with them as well, while others may not… I guess it’ll just varies from pair to pair.

Other than that, the midsole is lower, wider and sits in a TPU cage… stability is their main support feature, and I actually liked it. 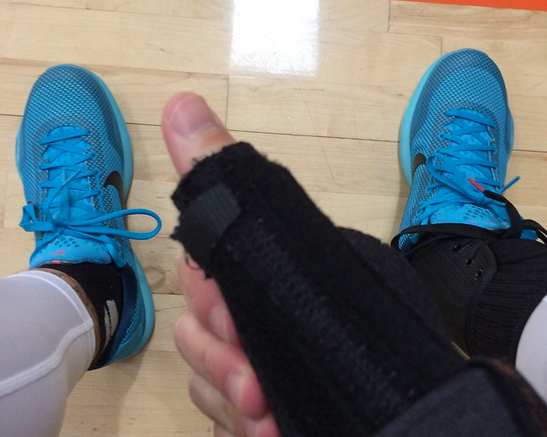 Overall – The Nike Kobe X is a solid shoe, especially if your body is beginning to age. The traction was awesome, the cushion was solid, materials are not something I personally enjoy, they fit like a glove throughout most of the shoe with some minor forefoot flex issues, and stability is a key support feature that many should enjoy… young or old. Do I think they’re a must have… not really, but if we’re being honest here… then you can get by just fine with a $50 clearance model. Lets face facts, you want the newest signature because its the newest signature. Would you want these if they were the Stutter Step 3’s? Don’t lie…

If you have $180 to spend, and want to rock the latest Kobe on-court… you’ll get some really great performance features out of them. But don’t sit here and complain that you’re spending “$180 for this?!” when you can buy the KB Mentality for $100, the Hyperdunk on clearance, and whatever else has a Swoosh on it that can be found at your local Nike Outlet.

If you want the latest Kobe, this is what you’ll get out of them. If not… then just move onto something else. Just don’t act like someone is forcing you out of your $180… buying specific shoes is a choice, not an ultimatum. 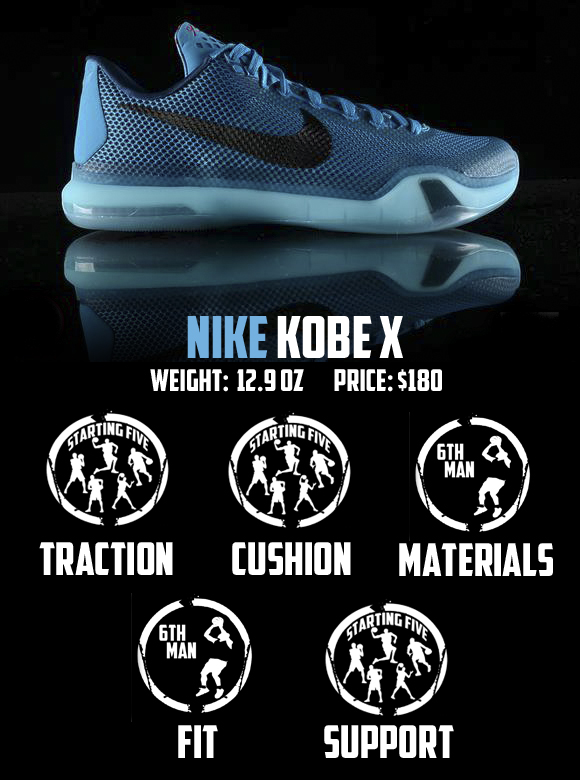