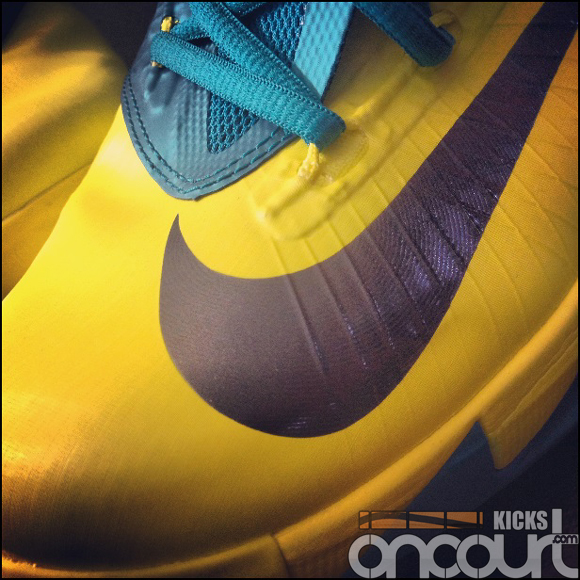 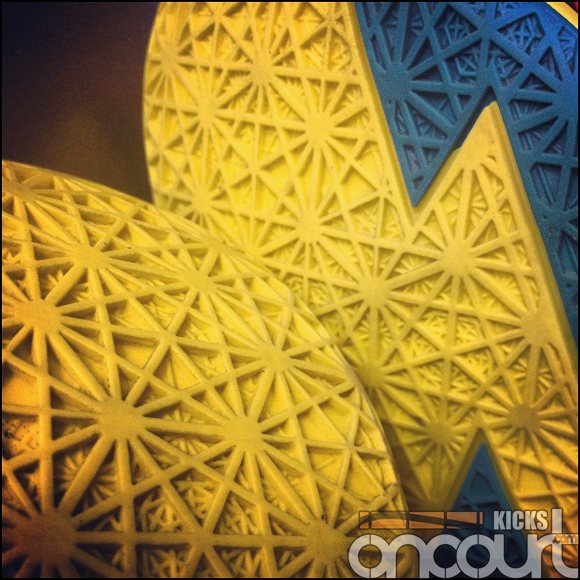 Traction – It isn’t horrible but it’s not as good as last years. While I was editing the video review I noticed that the pattern featured on both the KD V & KD VI are nearly identical but executed differently. The KD V‘s pattern was made so that the outline of the pattern was cut away and removed from the outsole, this provided an aggressive pattern which worked well. Meanwhile, the KD VI did the opposite and left the outline of the pattern in place and removed the inner portions which made for a slick surface when dust is involved. Next time… I hope they go the KD V route because it was much more efficient on-court.

Just a tip, wipe the outsole at every dead ball and you will be good to go with traction… allow the dust to pile up under your foot and you’ll be ice skating. 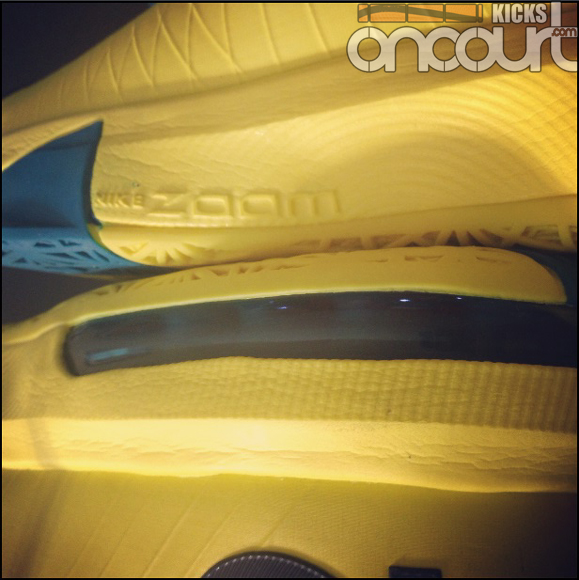 Cushion – The cushion is the same exact setup as the KD V but this time around they just feel much better right when you first walk out onto the court. These feel the way the KD V‘s feel after they’ve been broken-in… without needing to be broken-in. Awesome!

These wiped the floor with the Zoom Soldier VII’s (I have been alternating between the two) in terms of comfort which is a surprise because I would have guess it to be the other way around prior to wearing them both. Bottom line… the KD VI won’t disappoint.

Material – The Fuse is thin, pliable and requires nearly zero break-in time. Unfortunately, I do feel as if it isn’t quite as nice as the KD V’s and feels almost cheap in comparison. Why so many direct comparisons to the KD V you ask? Simple… they are sitting on shelves as we speak… right next to the KD VI… only one is priced at $115 while the other is $130. You do the math.

Luckily, I don’t feel as if the materials feel warrants a bad score – it just ‘feels’ cheaper than the KD V’s more rugged upper that I love so much. It’ll still support you while remaining durable so there isn’t much to complain about… unless you have a weird infatuation with the KD V… like I do. 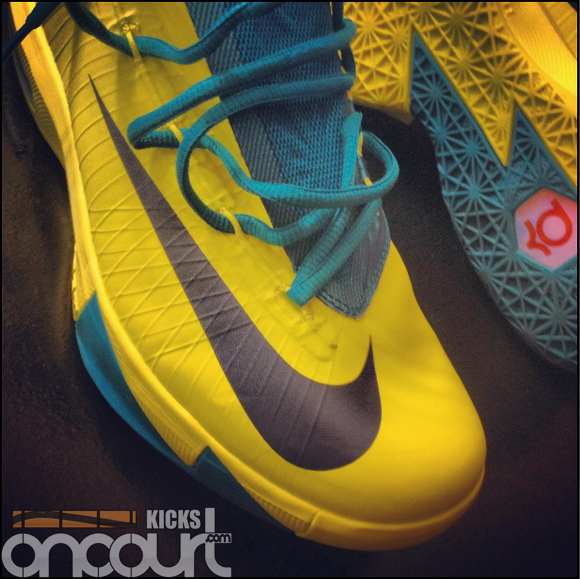 Fit – I went up 1/2 size and it worked perfectly fine for me. You will still want to try them on in-store if possible and if it isn’t possible then I hope you’ve owned the KD IV as that is the one shoe that you can kind of compare it to.

Lockdown though… incredible. Who knew such a low shoe would be so secure. I didn’t have one issue with them once laced up… not one. I haven’t worn a soccer cleat since I was 7 so I cant tell you if they have similar attributes in terms of fit and lockdown but since they look so much like one… its safe to assume that its pretty darn close. These are the best fitting low top basketball shoes since the Kobe V… that is all. 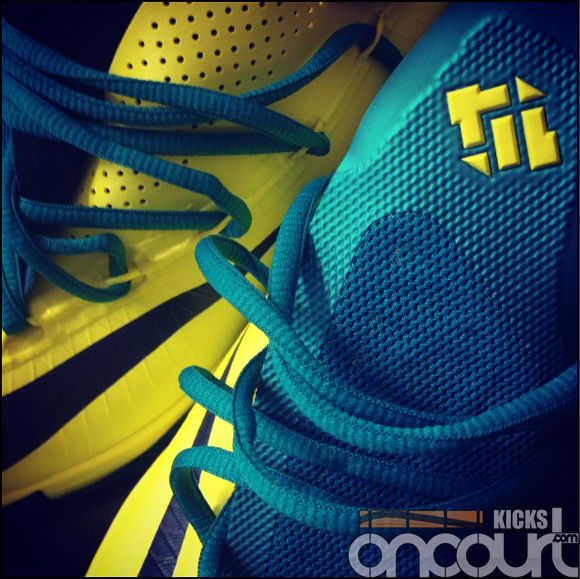 Ventilation – Its better than the KD V but still nothing to write home about. I’m just glad the fit/ lockdown was near perfect so I didn’t wind up walking away with more blisters on my feet. 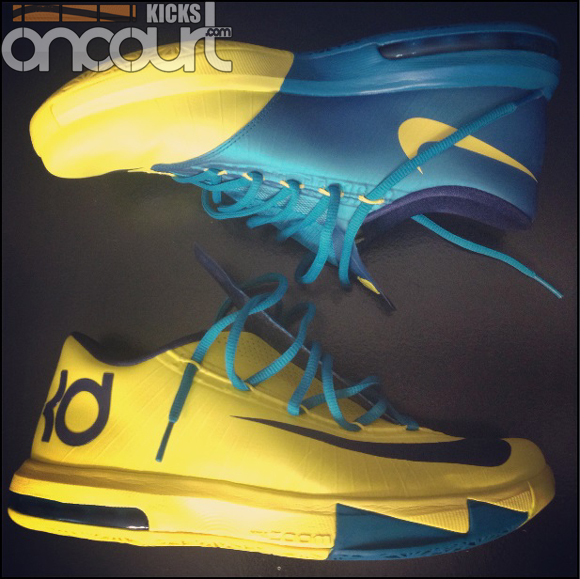 Support – Most of the support comes from the fit and lockdown and those of you that wish to have plenty of torsional support along with arch support… you may be disappointed. The Air Jordan X was the last time a lack of arch support was apparent while in-game and these have a similar feel. I was able to feel my arch and the shoe separate slightly when in motion – typically after playing for 2+ hours – so if you have arch support insoles… take them with you. 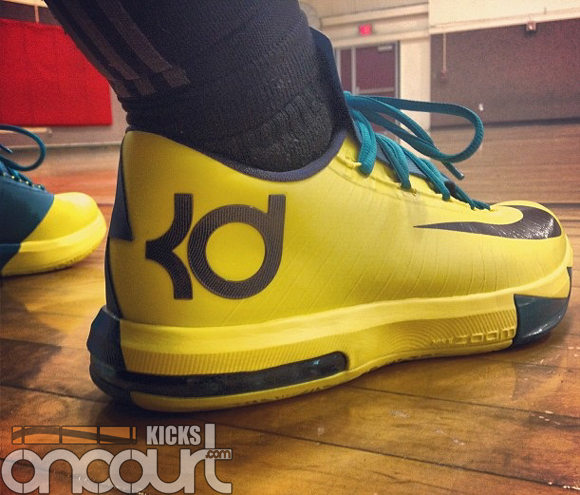 Overall – These are really fun to play in. The only thing that truly bothered me personally was the traction but again, wipe the outsole at every dead ball and you’ll be good to go. Comfort and lockdown are definitely their highlights so if those two areas are high on your list of personal on-court needs then you should be very please.

Its rare that the previous model is still on shelves by the time the next version releases so with that… I’d go with the KD V still as an overall package is concerned – including price. Don’t get me wrong, the KD VI is awesome but the KD V just feels like you get a little more while paying a little bit less… and they haven’t even hit outlets yet. 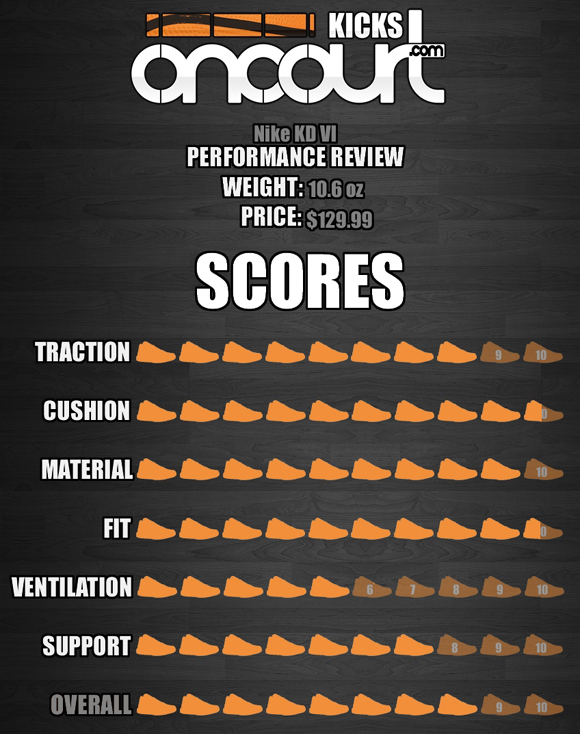