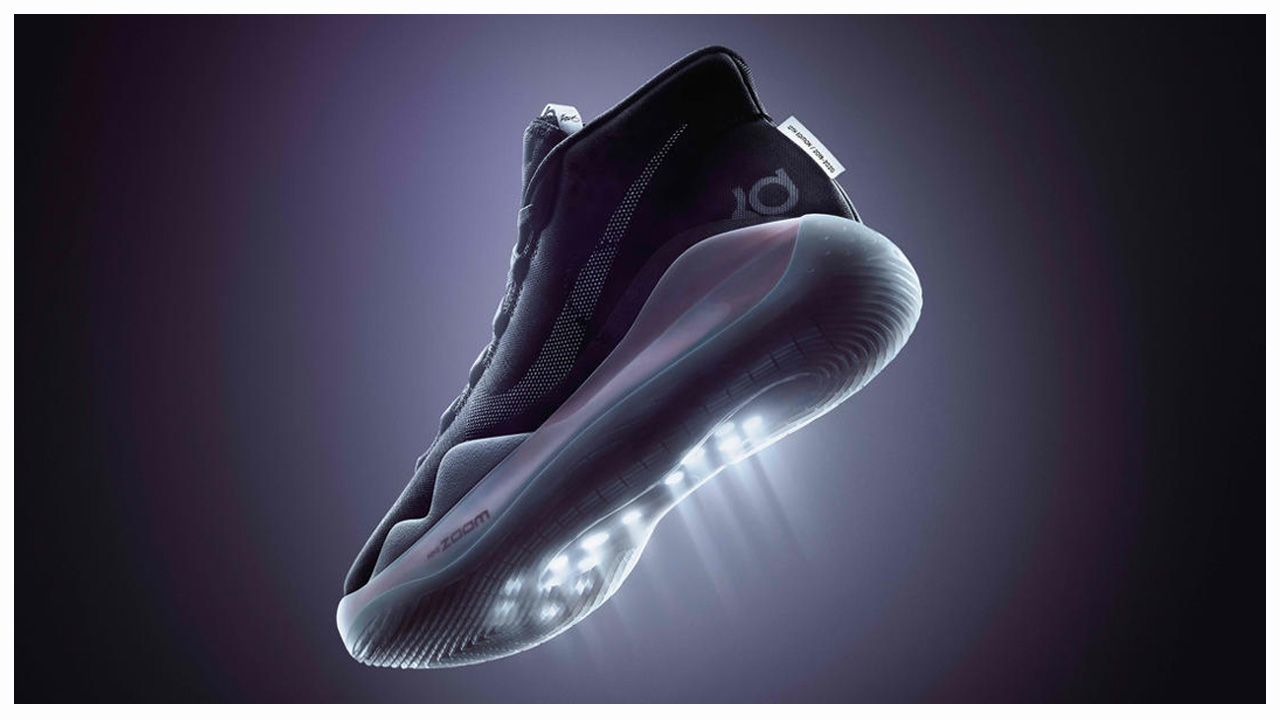 The Nike KD 12 has officially been unveiled and this is everything you need to know.

Once again, the upcoming KD model has piqued my interest with the tech specs alone.

While the build looks deceptively simple, the interior features look to have had a lot of thought put into it.

The strobel board was the main point of emphasis with this year’s KD 12. Typically made of nylon or a soft foam, the strobel is the one thing that separates the foot from the cushion. While the layer in-between those two areas is extremely thin, when it’s combined with glue during the manufacturing process, you can lose a bit of the cushion’s feel under-foot until broken-in.

The theory here is that the strobel disconnects the athlete from the shoe’s responsive cushioning. But by stitching a full-length articulated Air Zoom bag to the upper, designer Leo Chang and Nike engineers made the Air unit a more dynamic element of the shoe.

For the KD 12, they’ve engineered a way to place the full-length Zoom Air unit within the shoe’s build while keeping the strobel layer underneath it. However, to keep the shoe flexible, they’ve heat welded flex grooves into the Zoom unit, much like the Nike Kyrie 5’s cushioning system.

Because the strobel defines the size of a shoe, there is one Air unit for every half-size of the KD12, all the way from size 3.5 to 18 (Durant’s size). That’s the most specific Air-Sole size scale that Nike has ever done. This would explain why each of these sizes will retail at $150 rather than reducing the price for shoes made without the same technology that the men’s sizes are equipped with.

There is a second Zoom unit that has been bottom loaded in the heel. It’s cool that it’s there but the Hex Zoom units aren’t too impressive in most cases. Placing it under a strike zone at the main point of impact while still retaining actual internal cushion was a smart move.

Additionally, the Phylon midsole has been cored out from heel to toe. While we’ve seen foam midsoles cored out before, I’ve never seen one that has been perforated in this way. With the amount of cores throughout, this should allow this basic Phylon midsole to feel incredibly soft and responsive. Though this required them to wrap the midsole in TPU so that feeling may be subdued a bit, that is where the internal coring comes into play as with each step, the foam will compress into the center of each hole — so you should be able to feel something.

Additional details include Dynamic and independent Flywire that have been engineered in four different directions along with a hinged tongue for easier entry into the shoe.

The launch colorway of the Nike KD 12 has been named “The Day One” colorway and will be available April 6 for $150. 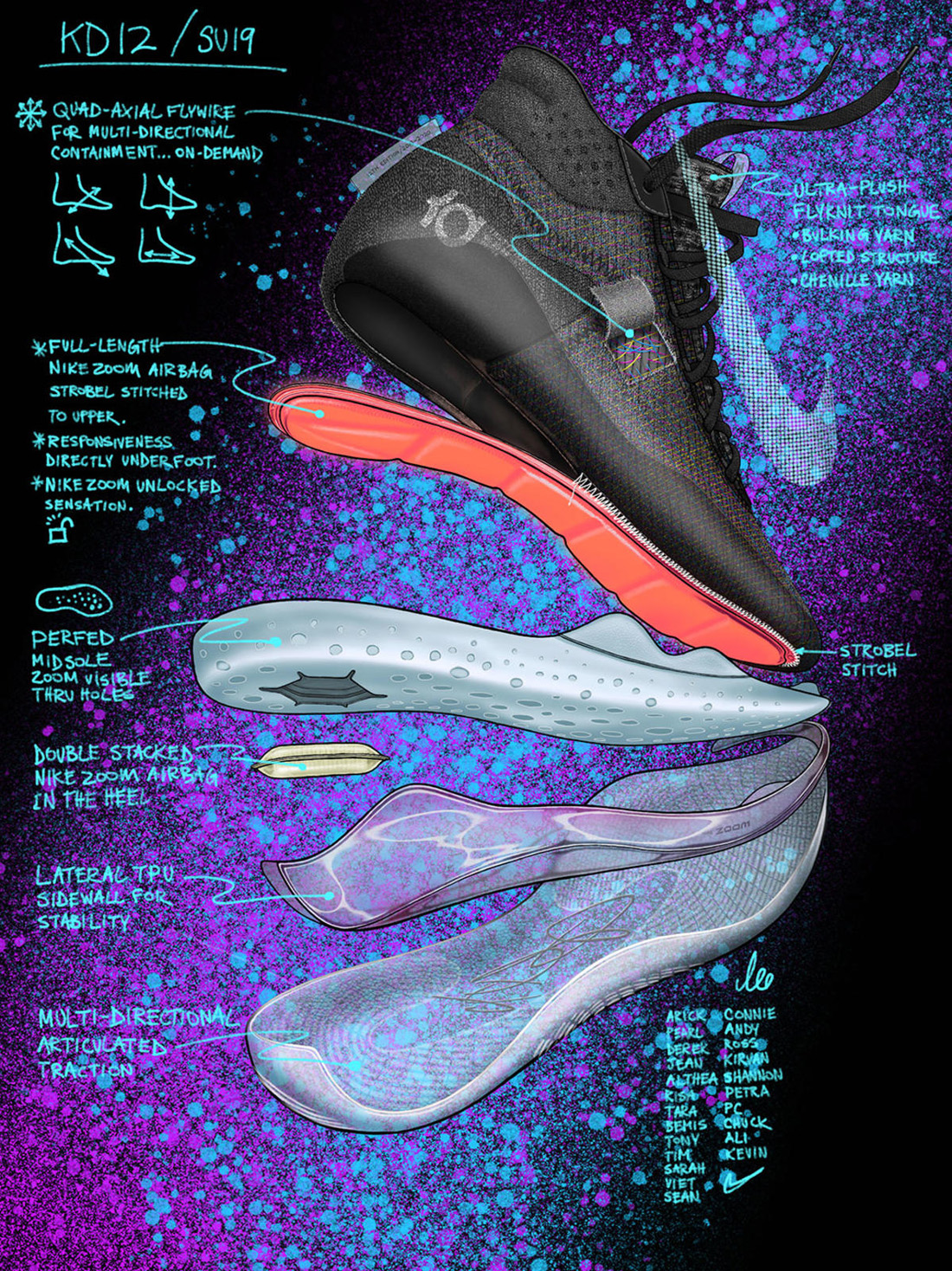 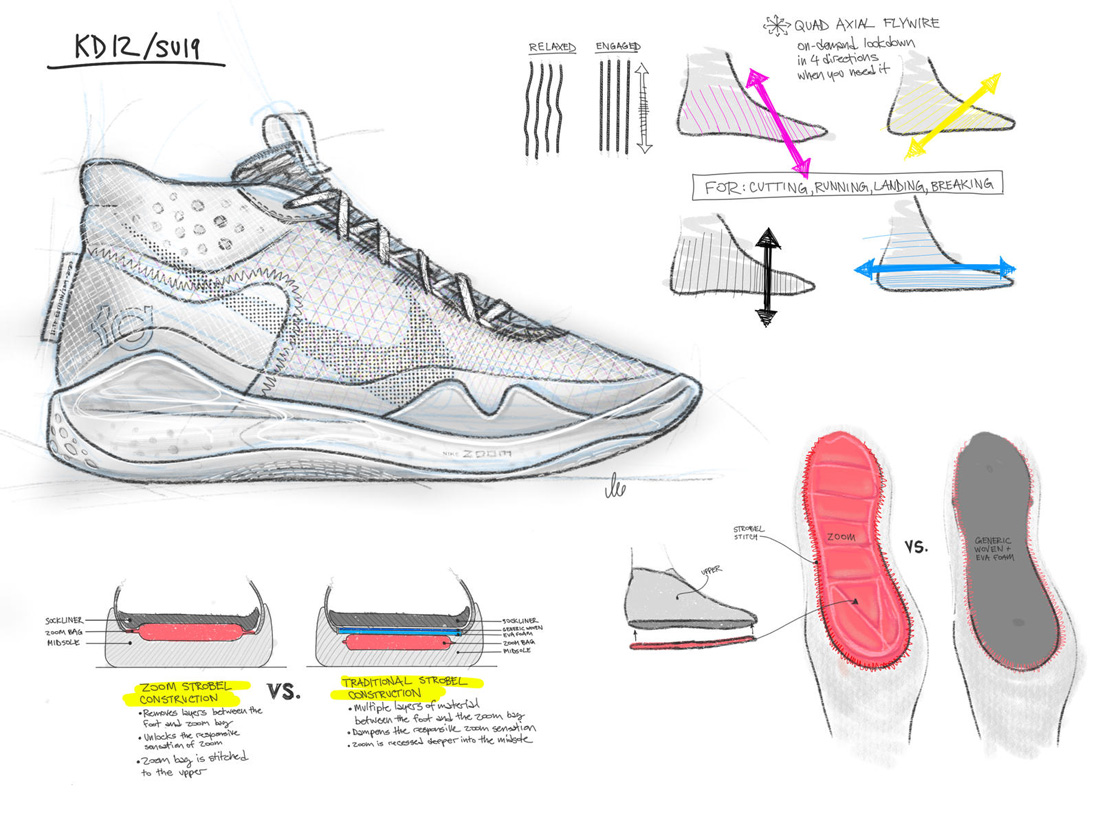 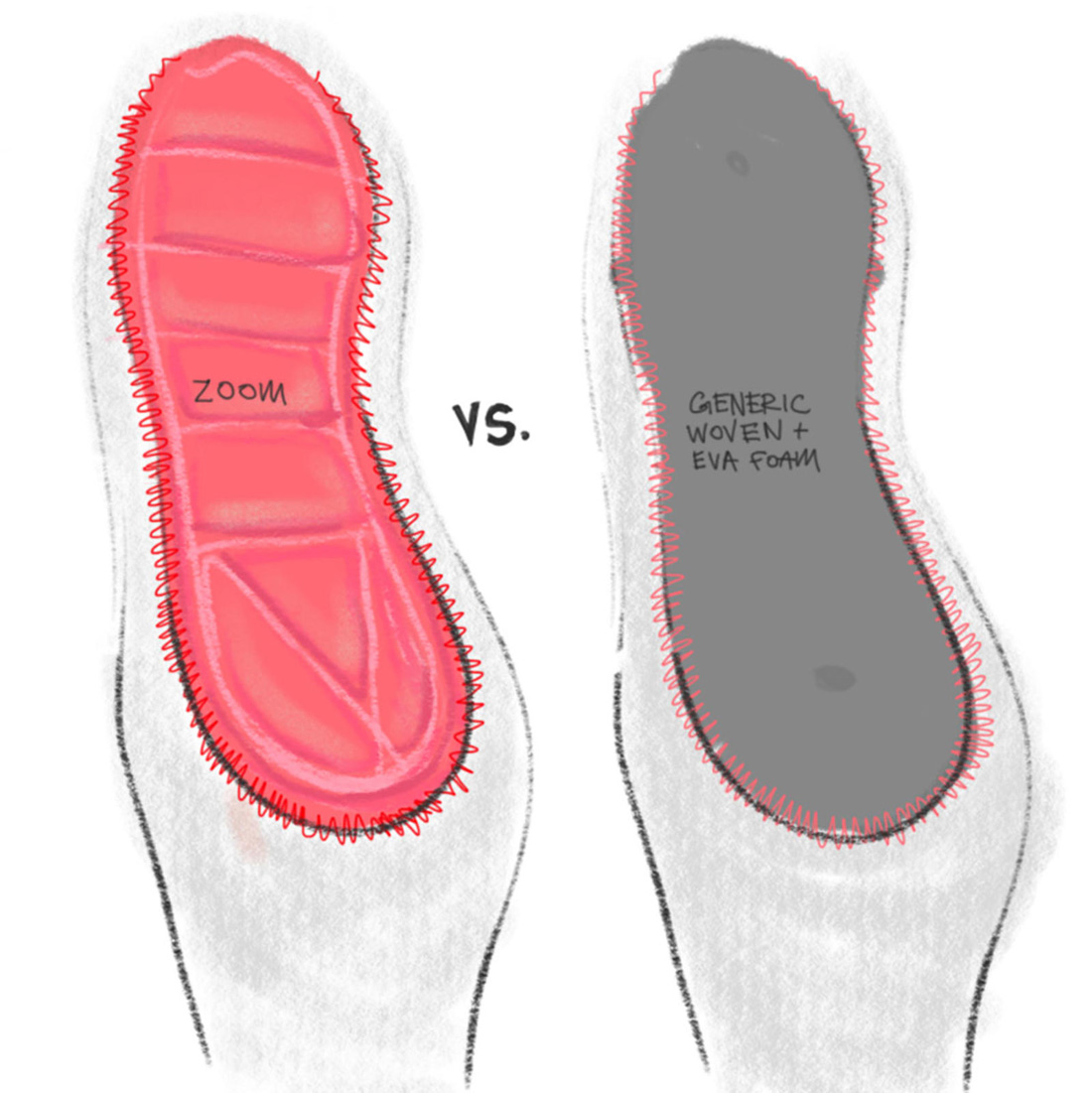 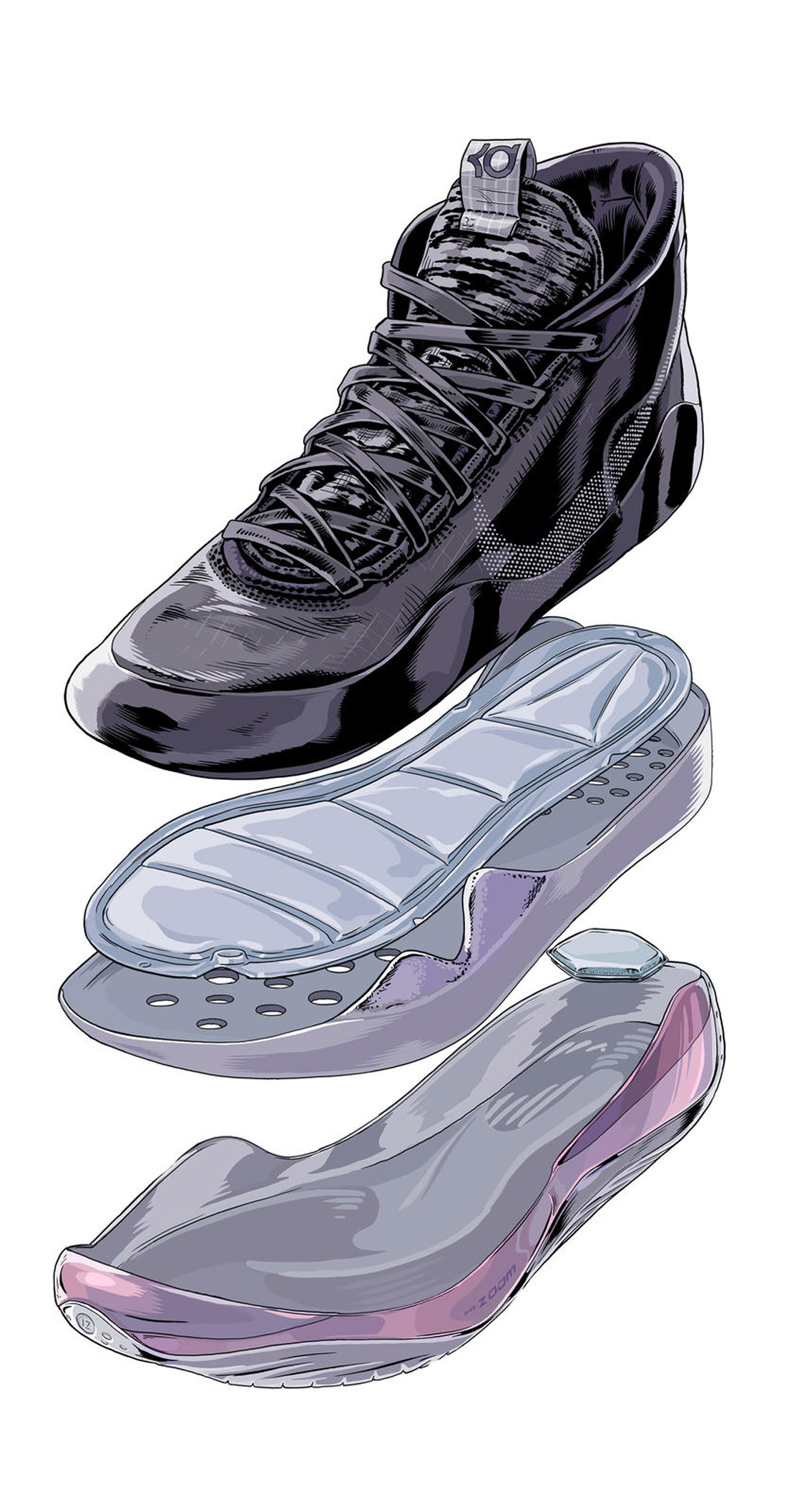 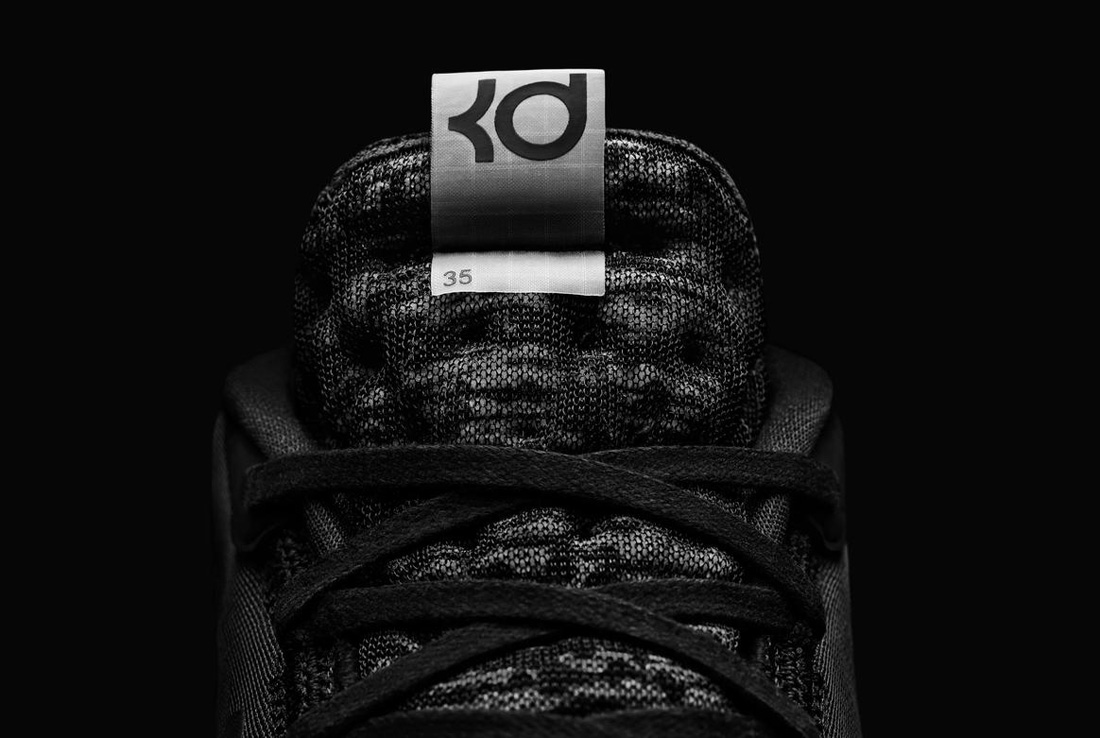 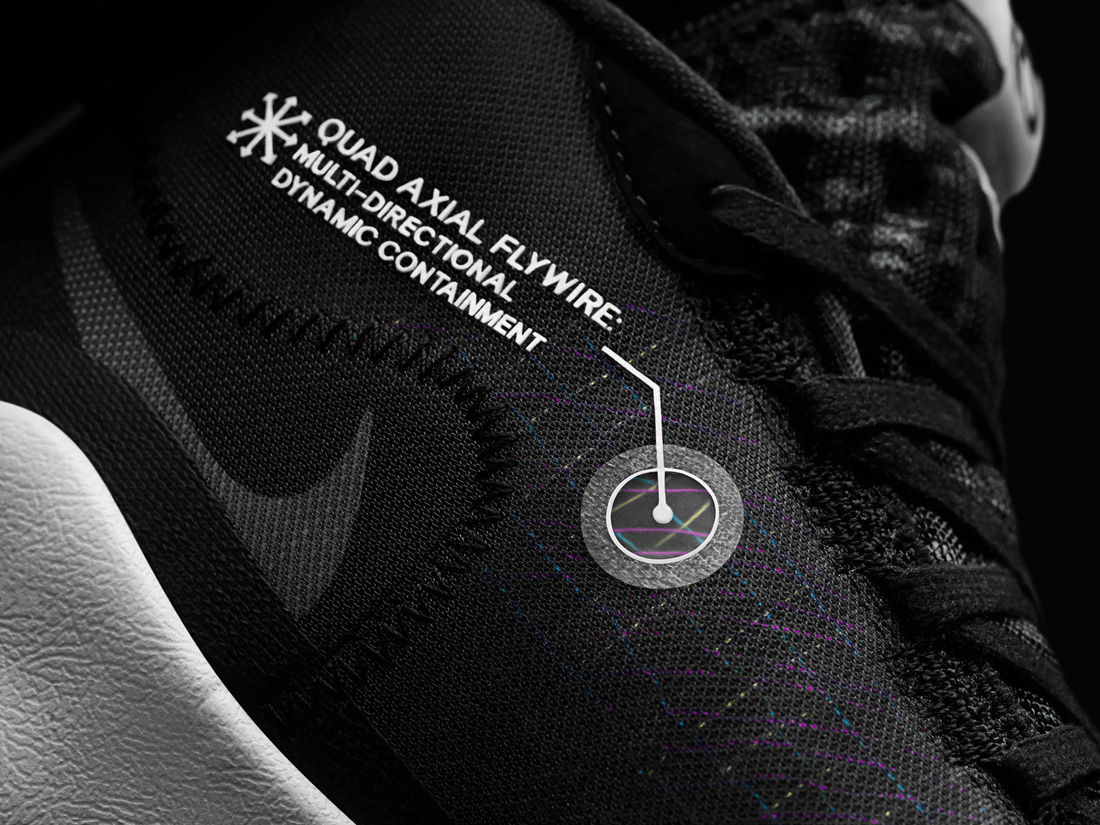 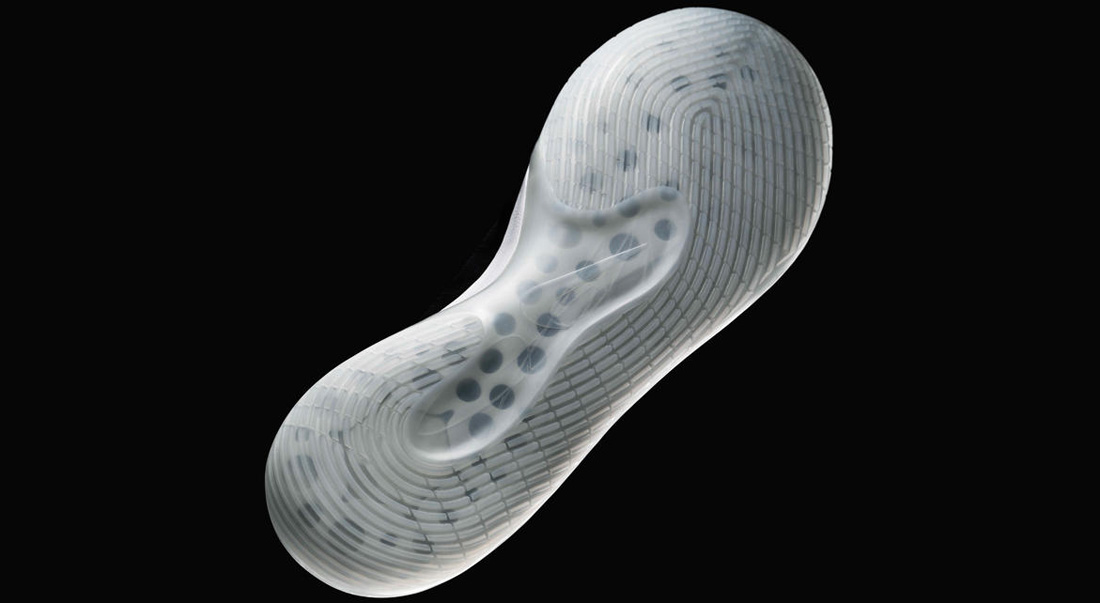 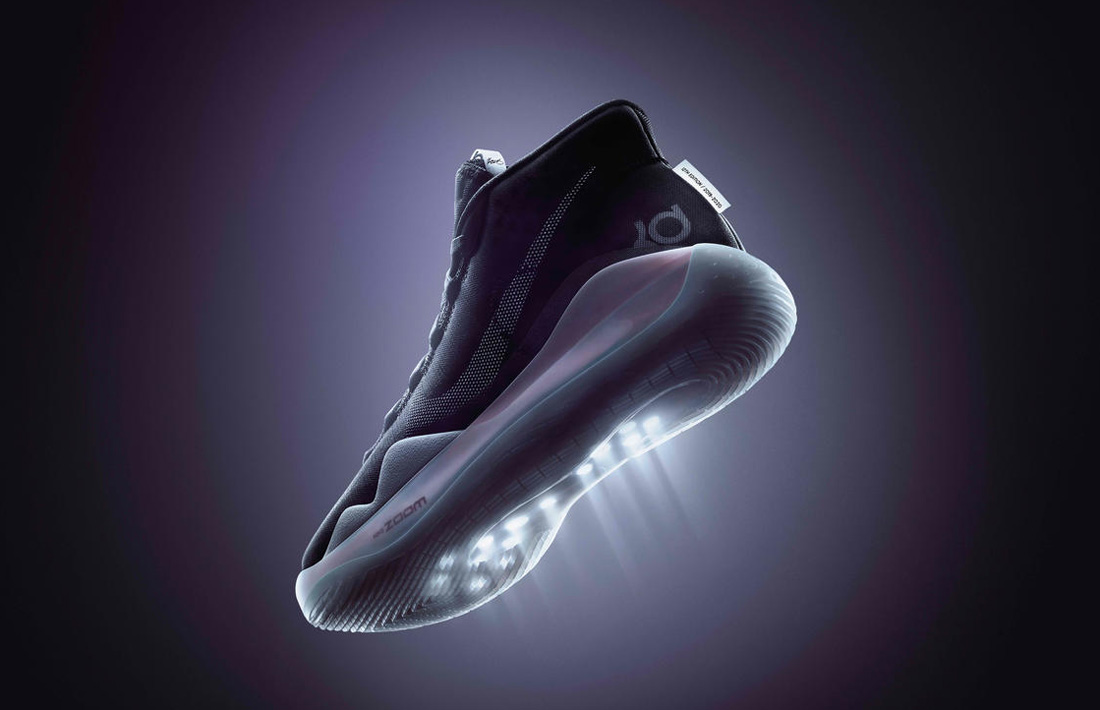 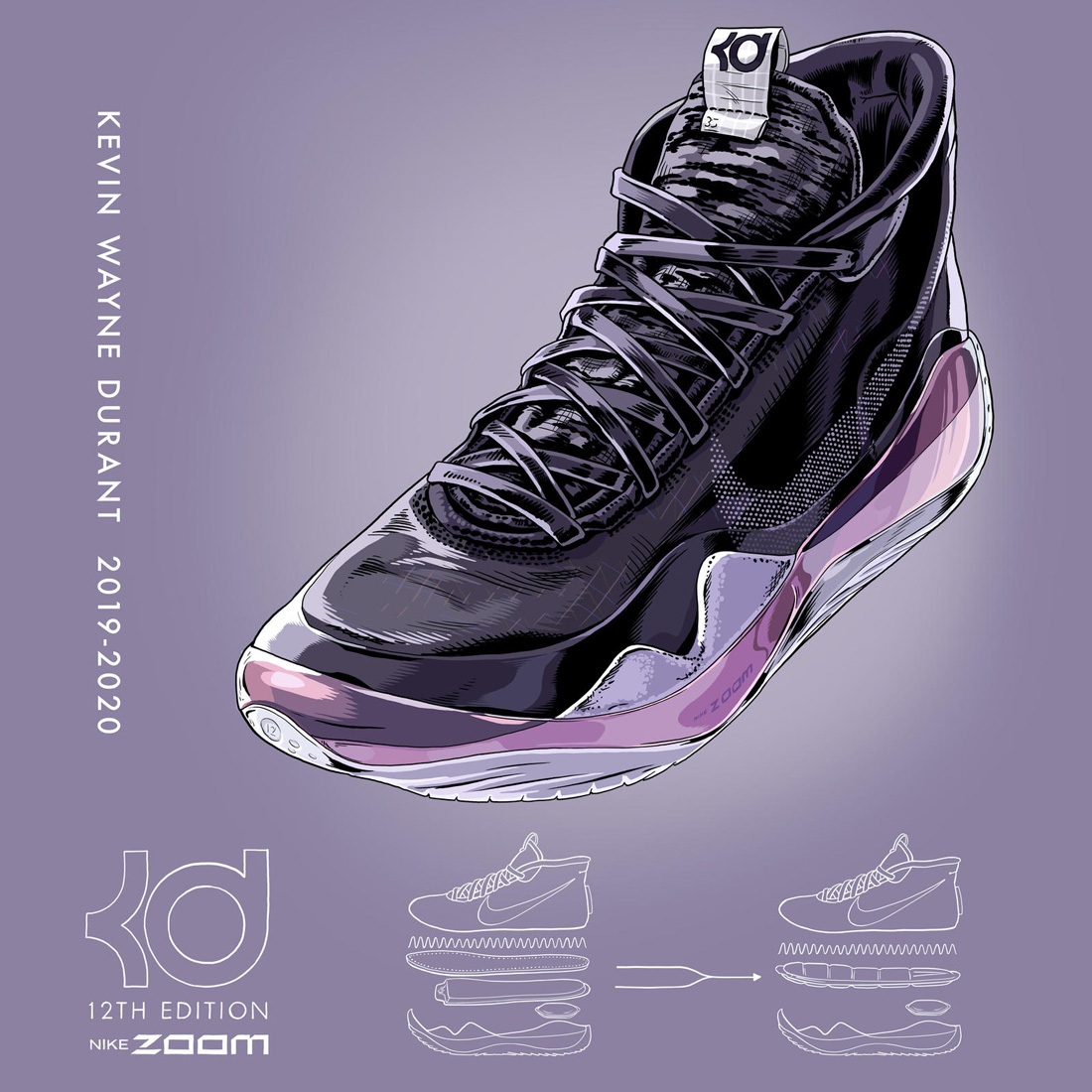 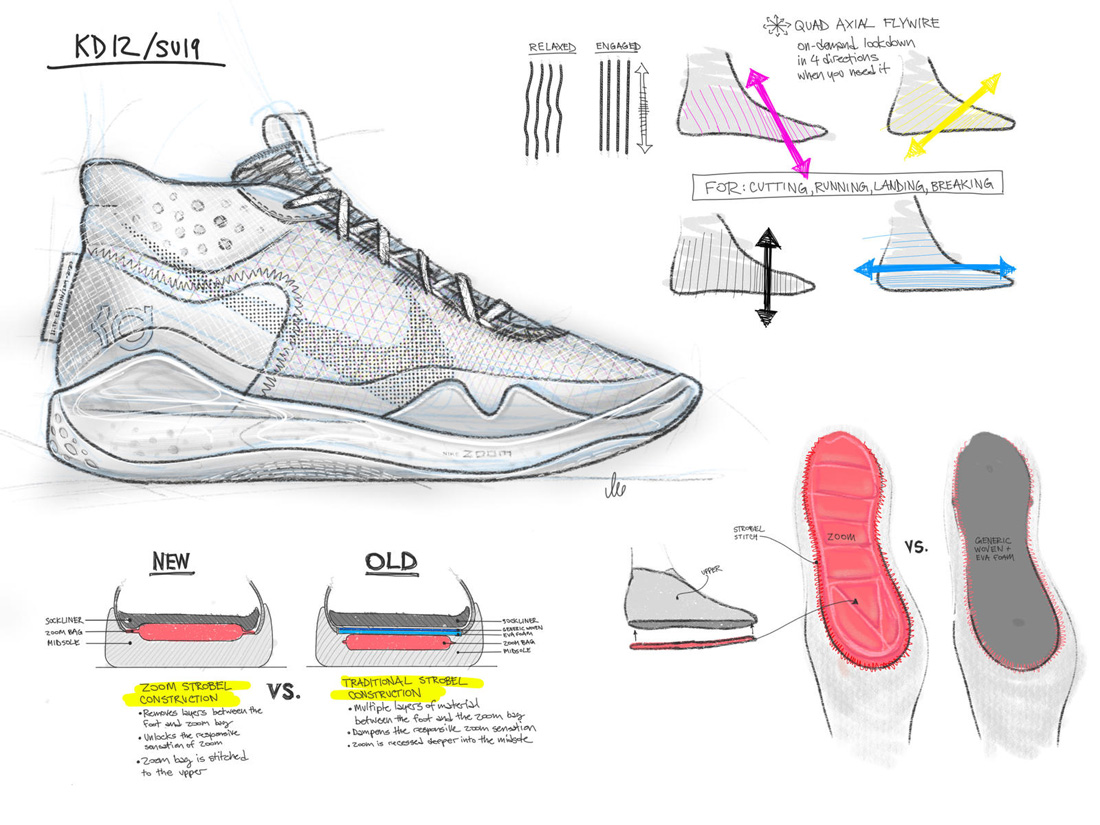 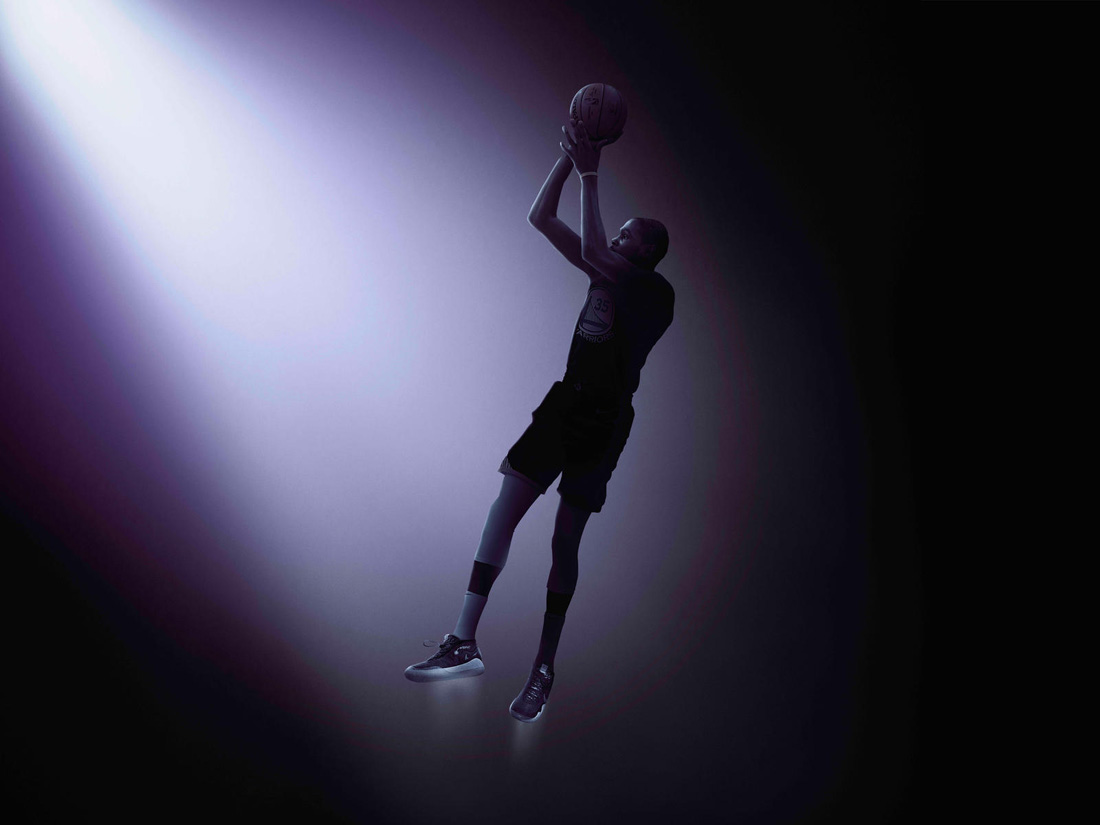