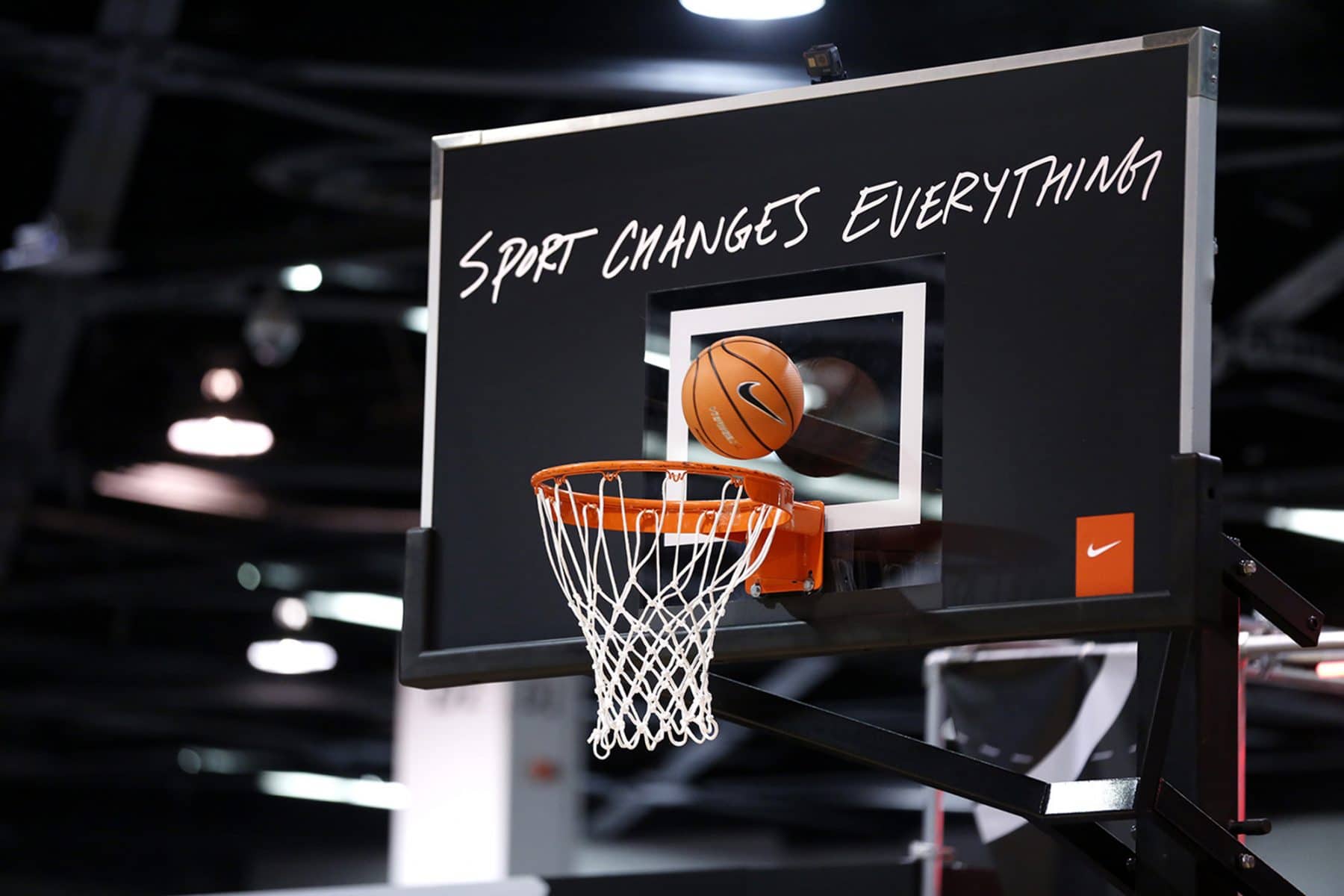 This past weekend, the 10th annual VidCon descended upon Anaheim, Calif. for three days of activities, meet-and-greets, and panel discussions from content creators spanning the globe.

90,000 attendees had the chance to engage with their favorite YouTubers, view debut screenings, interact with their communities, and learn from experts on the growth of social media.

One of the many highlights included Nike, who partnered with VidCon for the first time. The Nike Sport Court was unveiled, inspiring kids to play and get active. ‘Sport Changes Everything’ was their message, and WearTesters were invited to check out the festivities.

Nike athletes on hand included 2019 NBA MVP Giannis Antetokounmpo, U.S.A. Olympian Gabby Douglas, and NikeSB rider Dashawn Jordan. Throughout the weekend, each led a group of kids in activities, games, and drills, with friends and families able to watch from the sidelines. The footwear and apparel brand wants to encourage play and physical activity all summer, and this was a fun way to engage younger audiences.

While on location, WT got a chance to sit down with skateboarder Dashawn Jordan. We talked about his upbringing, growing sneaker collection, and looking ahead to next summer when skating will be featured in the Summer Olympics. Check out the conversation below.

WearTesters: Tell us when you first began skateboarding and how did you get involved in the sport?

Dashawn Jordan: I started around 10 or 11 years old. I grew up in Tucson, AZ and would play every sport with my friends. Whether it was skateboarding, playing basketball, anything. I was hyped on whatever they were doing. When my friends started skating I didn’t have one so they would play basketball for example, and I would borrow a board and go skate. The first time I landed a kickflip no one was around to see it, I was tripping out. It instantly sparked my love for it and that feeling of accomplishment. Later we moved to Phoenix and made new friends, started going to skateparks, and riding every day. I had no idea about the career you could have skateboarding, I just did it because it was fun!

Presently you’re competing on the highest levels, like the DEW Tour for example, which took place last month. What is it like going to these contests facing the best skaters in the world?

It’s fun, at times it can get stressful too. I was in a place where I was blessed to win my first big tournament. Then I got distracted and got too into winning for the money, or getting clout for this. I forgot why I actually started. It took me a year or two, to remember and get back to why I started this in the beginning and have that same hunger and energy, and not be so focused on the dollar. Circling back now to my career, always making sure I’m having fun and not forgetting where I came from.

Earlier we saw you giving lessons to kids out here. How important is it for the youth to get more involved in a sport that is still growing?

That’s where it’s all at with the youth. There’s always going to be new kids and I feel like giving them an outlet is important. With so many new avenues opening up, you can be a professional YouTuber now. Skateboarding is impacting the youth now, and you learn more about yourself. You can develop key aspects like confidence, motivation, believing in yourself, these are things you use in everyday life. These are things you can take from skateboarding and be beneficial to anybody. Skating is a great outlet and a freedom of expression.

Not throwing shade at team sports but when you’re on that court or field, you’re categorized by the team. What you do independently stands out, but skateboarding is like, you wake up and what you wear is you and how you skate is you, and develop those things all on your own. The youth is important because it’s going to help continue grow the sport.

Let’s talk social media. Do you have a channel? What’s your preferred platform these days?

I’m on Instagram more lately; I’ve been trying to put myself out there as much as I can in a real way. Giving people things to relate to and show skateboarding in a real positive way so that anybody, kids and parents can enjoy it. For so long there’s been this negative stereotype about skaters, and I’m trying to use this platform to grow and change that perception. I’m not trying to brag like ‘I have so many followers.’ I want people to follow me because they’re inspired and get a lot from watching me. On my IG, I post everything, for a minute it might not be skating and be family stuff of me and my girlfriend, my mom, and nephew. Showing who you are is important because that’s what people relate to.

We have to talk about kicks as you ride for NikeSB. What are we rocking today?

Right now I’ve got the Diamond Supply Co. Dunks that came with the interchangeable swoosh. I like them a lot. For a minute I went through a phase where I wanted something thinner. Now I’ve been skating more in dunks. I’m a huge sneakerhead and try to collect as much as I can. My roommates complain about all the space I take up with my kicks. They all mean something to me though; I don’t just get them to get them. Memorable colorways from the past that you don’t see much these days, those are special to me.

Since joining SB, I’ve learned about the design, creativity, and the dynamics of shoes in general. It’s really interesting and I love shoes and fashion. For a minute I couldn’t skate with the fat tongue, then I got back into them, stopped making excuses and went out and skated. Ever since, they’ve been more comfortable and grown on me more. Now I like the fat tongue and think it’s cool. The mind is a dangerous weapon and you can let it affect you. At the end of the day it’s a shoe and won’t determine how I ride as a skateboarder.

How do you feel about the most recent collaboration between NikeSB and Jordan Brand?

I definitely got a few of those! It was my mission. I remember talking to Eric Koston in Copenhagen, about how they were limited. We planned to hit up skate shops and load up on them, so I could have a few to rock in the streets and some back home.

What are your thoughts on the Olympics? Next summer skateboarding makes its debut for Tokyo 2020. How psyched are you?

I’m stoked, you know what I mean? I think it’ going to be an awesome opportunity for the growth of skateboarding and make the sport a really positive outlet. Its going to allow kids and parents that never would have come across it otherwise and draw a lot of attention. There’s going to be significant growth; kids are skating now but don’t even know what’s about to happen next summer. My girlfriend, when we first, met asked me ‘What do you do?’ I told her skate, and she didn’t know it was a job. Now they watch every contest and are into it, and that’s just from me talking about it. There’s going to be new families now supporting skateboarding globally. Skateboarding being in the Olympics on that platform, is going to attract so many people. It’s an opportunity I want to take advantage of and skate my best to get there.