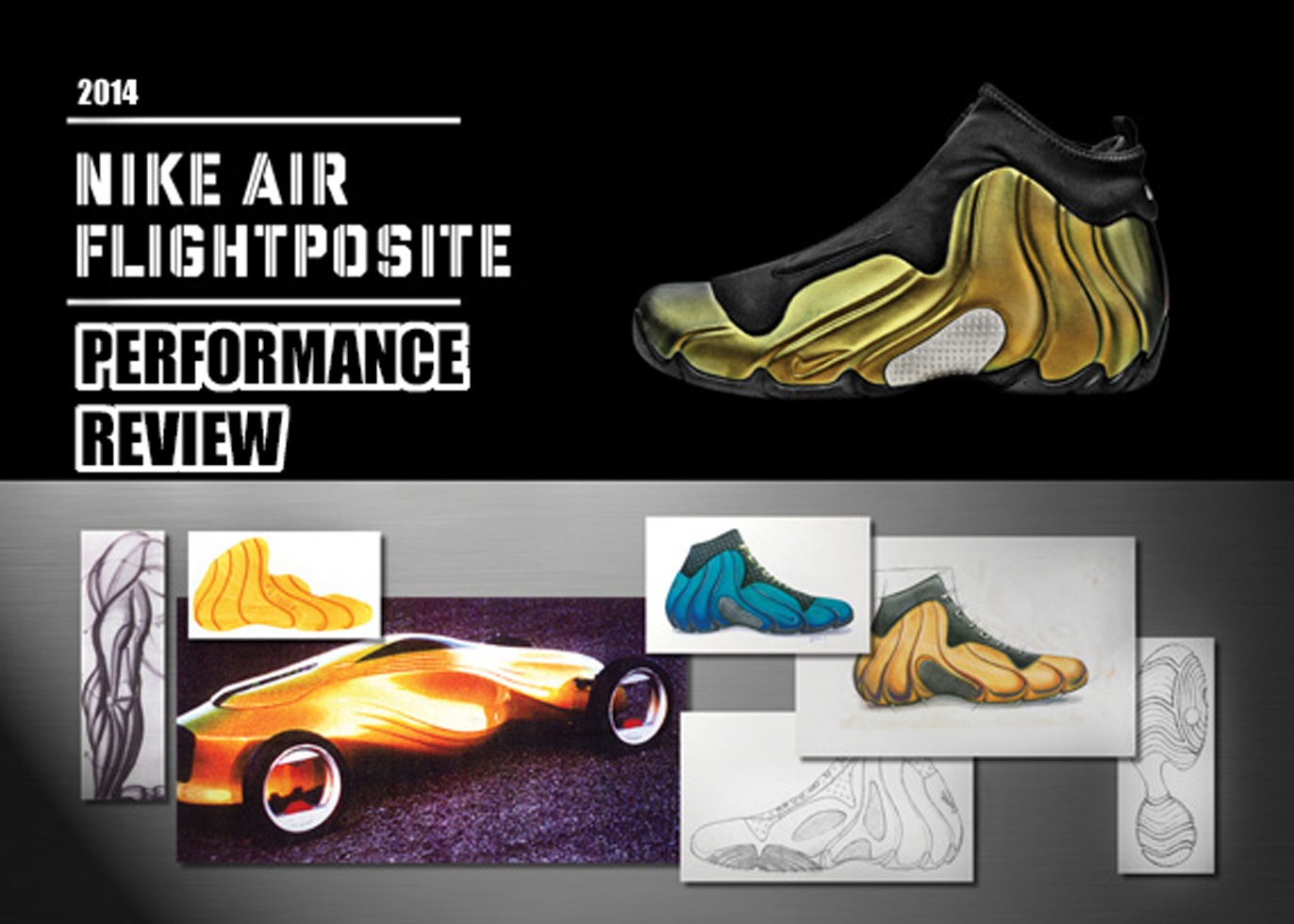 Houston, we have a problem…

That was an Allen Houston reference in case you missed it.

Traction – The traction was surprising, in a good way. I wasn’t expecting much of anything when I brought them on-court and was quickly impressed. A somewhat durable rubber is used – firm not pliable – and that wound up working really nicely on most court conditions. When you have a shoe with harder rubber, it tends to push dust out of the way instead of cling to it so that’s definitely a plus. Back in the day, these were used heavily outdoors and I assume you could do the same here without worrying too much about its durability. They played fairly well outdoor as well so its something to consider.

One change that was made between the original model (as well as the original Retro) and this 2014 edition is the missing medial rubber that wrapped up and around the forefoot. During typical linear movements you didn’t notice the missing rubber at all but once you decide to cross, push off to sprint or change direction then you quickly realize that it was probably better to keep it there. Its not something detrimental to their performance but its something that could enhance it… plus the shoe looked much cooler with the original midsole than this one… almost makes the shoe look unfinished. 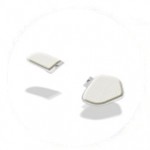 Cushion – The cushion is very thin and minimal… you are closer to the ground in this shoe than any other hoop shoe I can remember playing in. However, the difference between this super low profile setup and other low profile setups comes in the form of an awesome PU insole/ midsole and Zoom Air. PU insoles are great. They are soft enough to provide comfort and protection but firm enough to keep you stable and balanced. Zoom Air on the other hand… its Zoom Air, and it feels the way its supposed to feel so you can already imagine how comfortable it is. With this setup you are sitting much lower than every other shoe around but you also receive a well-balanced ride with more than adequate protection along with some responsiveness.

The greatest part about the whole thing is that you can remove this insole/ midsole and because its thin enough, you can place it inside of other shoes. Imagine… an Air Jordan 1 with a PU insole and heel/ forefoot Zoom Air. Maybe an Air Jordan 3 or 4… hell, even a shoe from another brand altogether. The removable cushion setup is the shoes best feature and if you can grab these – or the exposed version – at a discounted rate then I’d personally do it just for the cushion setup alone. 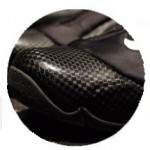 Materials – Foamposite… durable, molding capabilities and offers superior containment/ support. Sounds like I’m talking about Batman’s latest armor upgrade and not a sneaker. I love Foamposite and everything it can do for its wearer. If used properly, it can offer some of the best containment and support around. This is one shoe that proves that it was way ahead of its time. 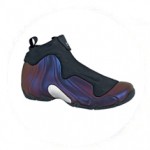 Fit – The fit is nothing like the Nike Air Foamposite or Foamposite Pro… thank goodness. These fit true to size and contain your foot better than most shoes on the market today, and they do so in a durable shell that we all know as Foam. You can zip up the shroud for perfect containment or you can leave it unzipped if your foot is claustrophobic. One of the strangest parts is that these aren’t restrictive at all. When I played in the LeBron 11, I felt the forefoot flex was lacking a bit and felt a bit restrictive due to Foam panel placement yet these didn’t suffer from the same issue despite the entire shoe being made of the same material. It was pretty interesting and again proved that these were way ahead of their time. 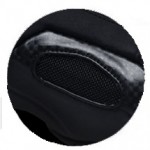 Ventilation – Ventilation sucks, its still a Foamposite after all. There are two vents on the medial side of the shoe but they don’t offer much in terms of ventilation. Not a bad thing since they contain the foot so well that you aren’t sliding around inside the shoe but for those that have feet that require a bit of air conditioning… these might not be the ideal choice. 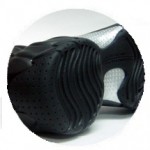 Support – Most of the support comes from the upper and fit, both do a great job and carry most of the load. There is a TPU shank that does a decent job with torsional support but its nothing to really write home about. I do feel that there could have been or should have been an outrigger in place just for some added stability, however, its not a deal breaker. 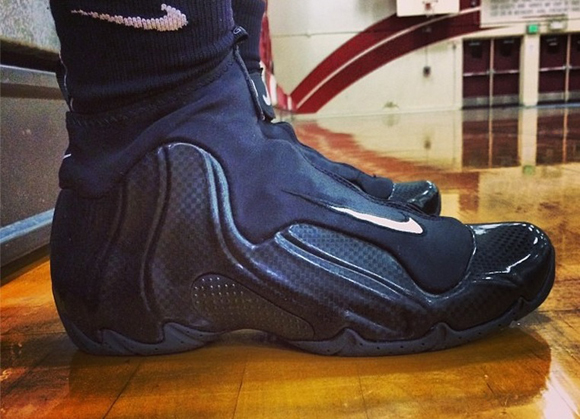 Overall – I have to say… I really liked these on-court. I always loved how they looked but they are actually functional. If they would have just left well enough alone and kept the original outsole then I think they would have done a little better in the traction department but again, it wasn’t detrimental to their overall performance… just something that shouldn’t have been removed. Something that should be noted about the Flightposite series is that they are like the Hyperdunk… they are for all players and positions on the floor. Hopefully next year they re-release these again but the way they were before, extra rubber and all, along with some OG colorway… OG colorways were beast on this sneaker. 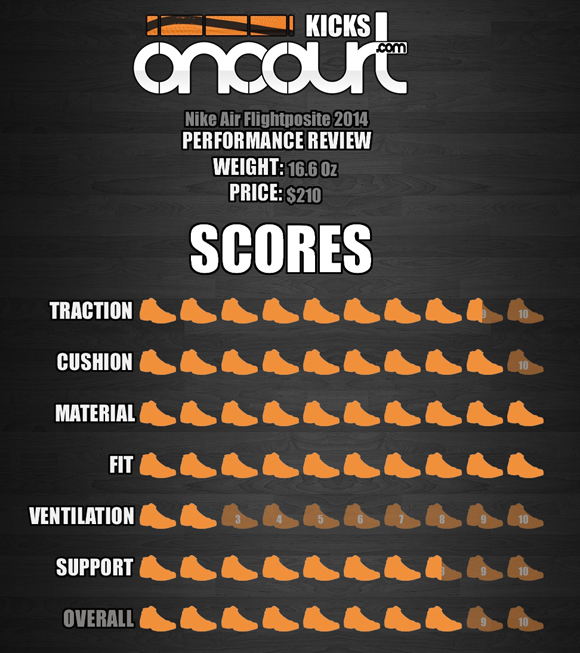