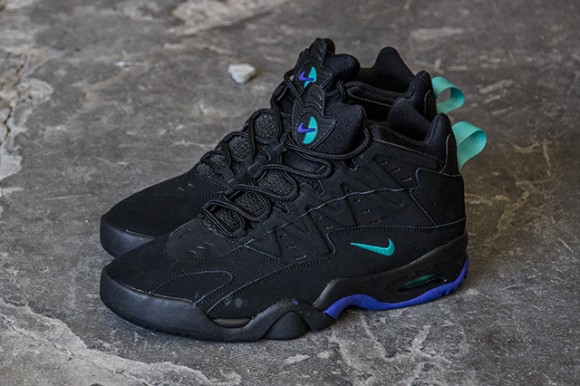 2014 was a strong year for Andre Agassi’s Nike lineup, as we saw both new colorways and original looks of some of his signature sneakers. While the Nike Air Flare was never an official Agassi model, he wore them frequently when they first debuted. Now, they are set to return in 2015.

Although this is a tennis shoe, aesthetically they are very reminiscent of Nike basketball offerings from the mid ’90s. With that visible Air unit, rugged Nubuck upper and tough looking outsole with Herringbone sections, I wouldn’t be surprised if some had actually chosen to hoop in these back in the day.

Many of the original colorways featured a contrasting look with either black or white making up the majority of the upper, and then a different color used for the tongue and laces. This particular pair gets away from that, going for an all black look through both the upper and tongue, with Retro Blue and Persian Violet used as accent colors throughout. Although we’re used to seeing the reversed Swoosh these days thanks to shoes such as the Nike LeBron 10 and the Nike Air Max 2015, the Air Flare applied this before it was common. That’s a cool little OG touch, and it’s nice to see it on the retro release.

There is no official word on any release date or prices, but we’ll be sure to let you know as more information becomes available. Let us know below if you’re excited to see the Air Flare make a return! 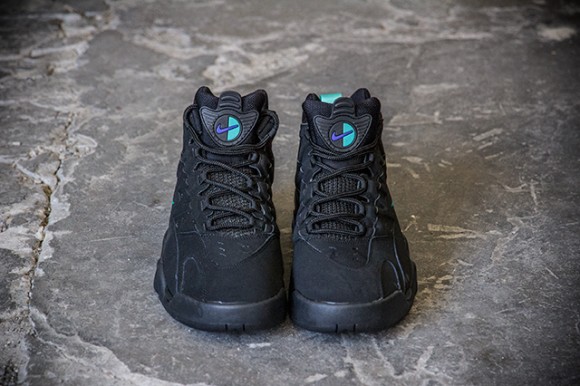 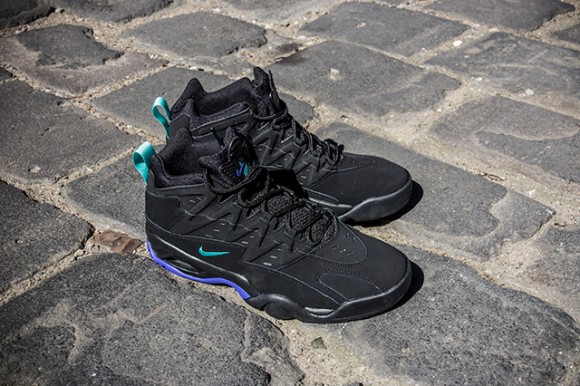 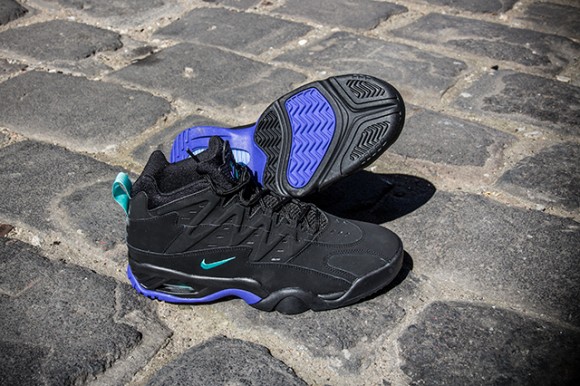 I'm a Computer Engineering major at the University of Nebraska-Lincoln (Go Big Red!) with a passion for all things sneaker related! You can find me on IG and Twitter @rkade93, and on YouTube as Rkade Kicks.