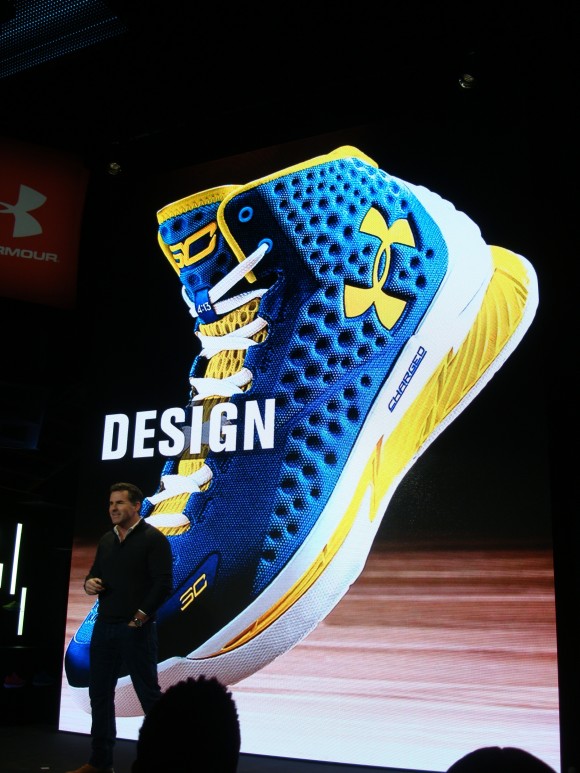 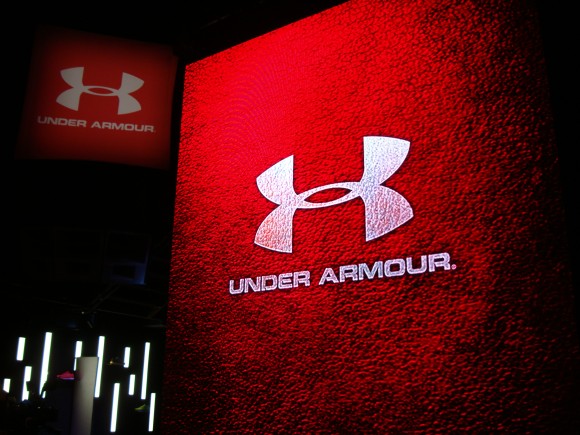 The new Under Armour Global Campaign event recap is here. WearTesters was covering the event live from the Marquee in NYC today so head over to our Twitter for that. The event featured Under Armour CEO Kevin Plank, special guest Jamie Foxx, the “creative director and author” of the Book of Will, and of course, Golden State Warriors star Stephen Curry. Additional guests included Olympians Natasha Hastings and Manteo Mitchell. The “Book of Will” is Under Armour’s latest global campaign to stay true to their roots and continue supporting the underdogs.

Stephen Curry, the “league’s most unguardable player” and one half of the Splash Brothers, holds the record for the most three pointers made in a regular season (272). The event debuted Curry’s signature shoe, the Curry One, which was front and center. Also debuting at the event were the latest Under Armour commercials; the first featuring Stephen Curry and Jamie Foxx, the second featuring Hastings and Manteo.

CEO Kevin Plank kicked off the event by highlighting Under Armour’s recent achievements; UA surpassed adidas as the largest sports apparel company in the U.S., second only to Nike. The brand has also grown incredibly as of late, reporting around 30% year-over-year revenue growth in the past four quarters. Revenue has also exploded for Under Armour; in 2005 the company reported $281.1 million. At the end of 2014, UA reported earnings of $3.08 billion in revenue, a truly whopping sum. Additionally, one in five Americans uses a mobile fitness app Under Armour owns and Plank said without hesitation, “we are a tech company.”

Afterwards, Plank brought out Jamie Foxx, a long time partner of the brand and the man responsible for Under Armour’s involvement in Oliver Stone’s film Any Given Sunday. The film propelled Under Armour and Jamie Foxx into the spotlight, showing the underdog really can win. Foxx, quite hilarious yet eloquent, told his underdog story as well. He was always told he would never be an actor until his big break in Stone’s film. After cracking up the entire audience with LeBron and Bosch impressions, Foxx brought out Curry to tell his story. Before debuting the brand new commercial, Foxx exclaimed, “every star athlete needs a classic commercial.”

Listening to Stephen Curry was truly inspiring. A regular kid with dreams of greatness, he started playing basketball at the age of seven. After many years of hard work and incredible perseverance, he came onto the scene by leading the Davidson Wildcats to greatness during his college years. He was sincere and bewildered on stage, as if still reeling from whatever force brought him to that moment. That force, explained Plank and Foxx, was his relentless training and drive. After hearing Curry speak, it really made me want to play ball again.

Check out the latest commercial and gallery of photos from the new Under Armour Global Campaign event below. Will 2015 be the year Under Armour surpasses Nike? Share your thoughts in the comments below. 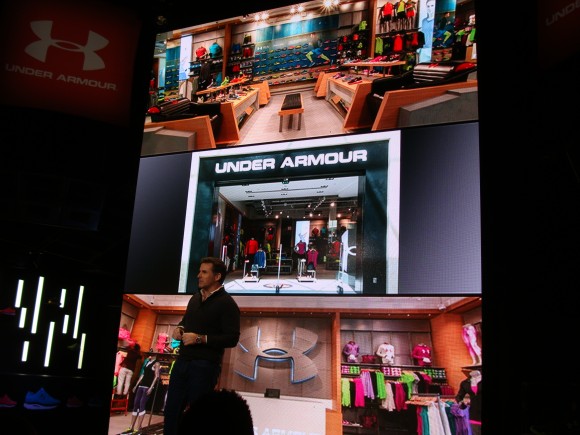 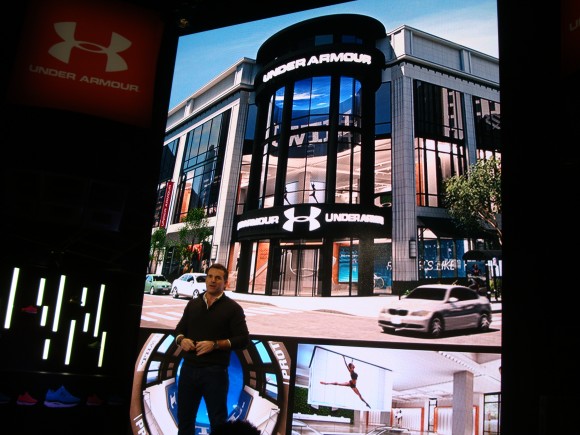 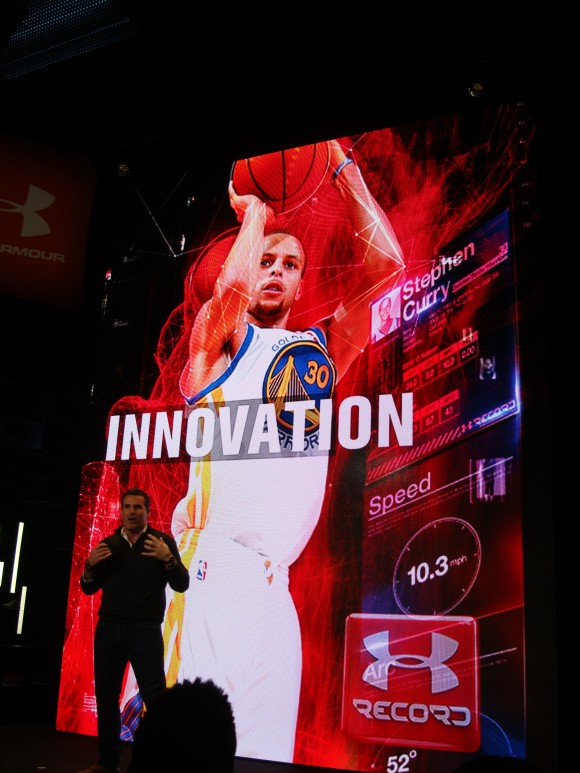 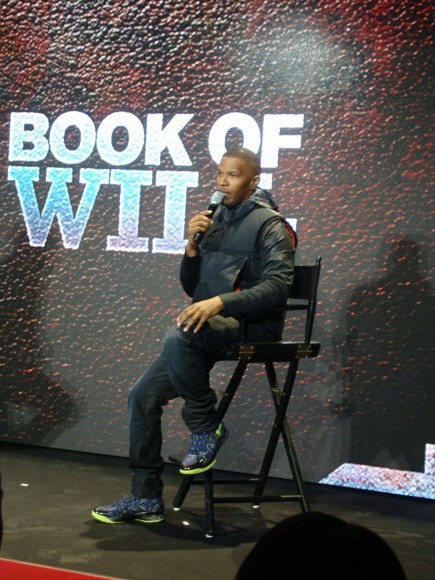 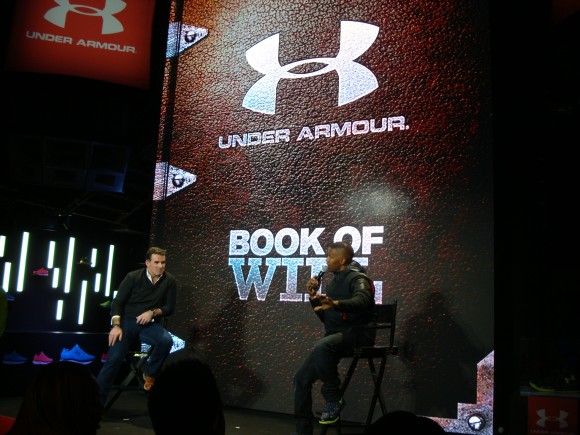 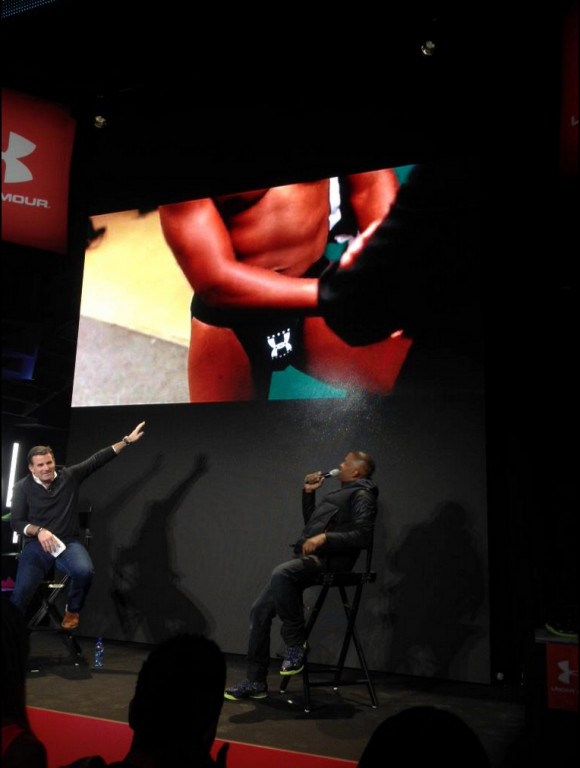 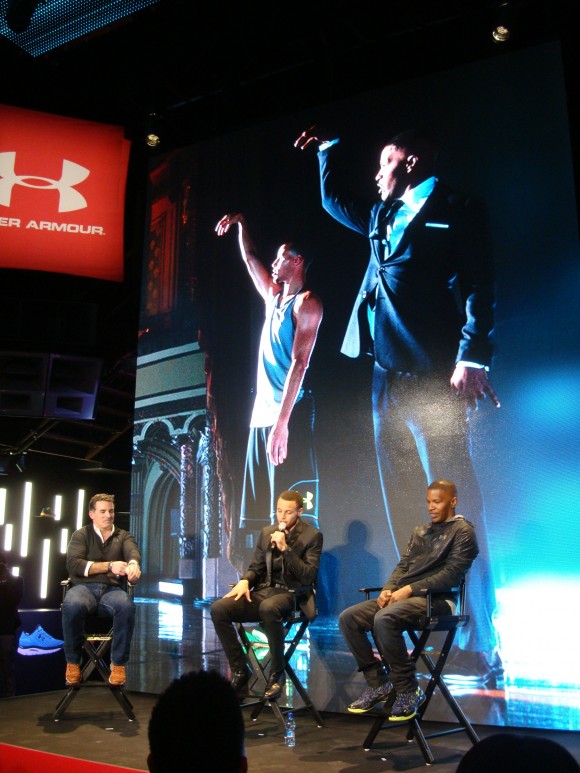 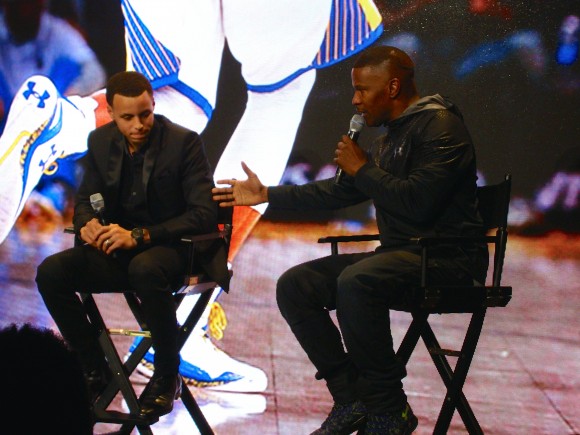 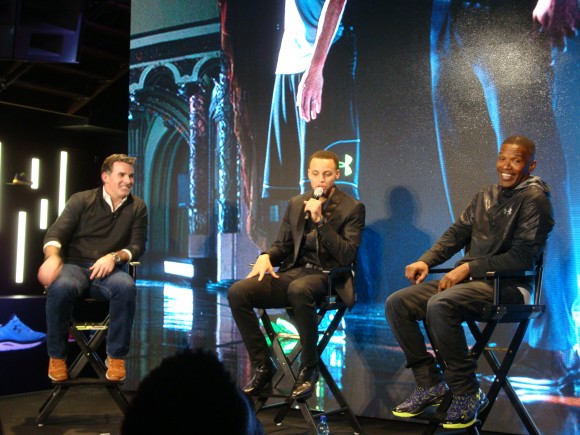 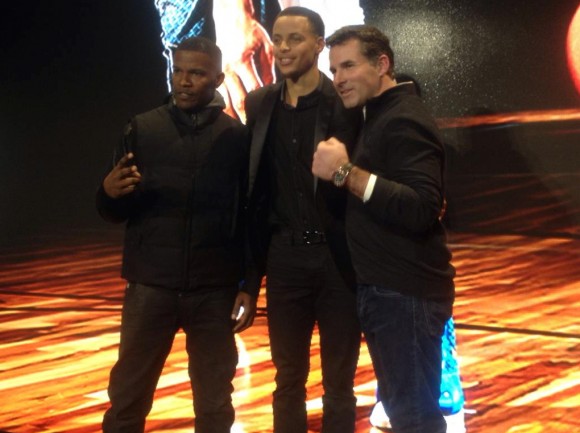 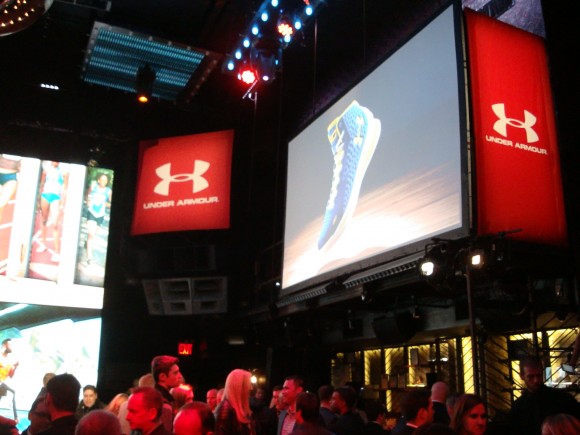