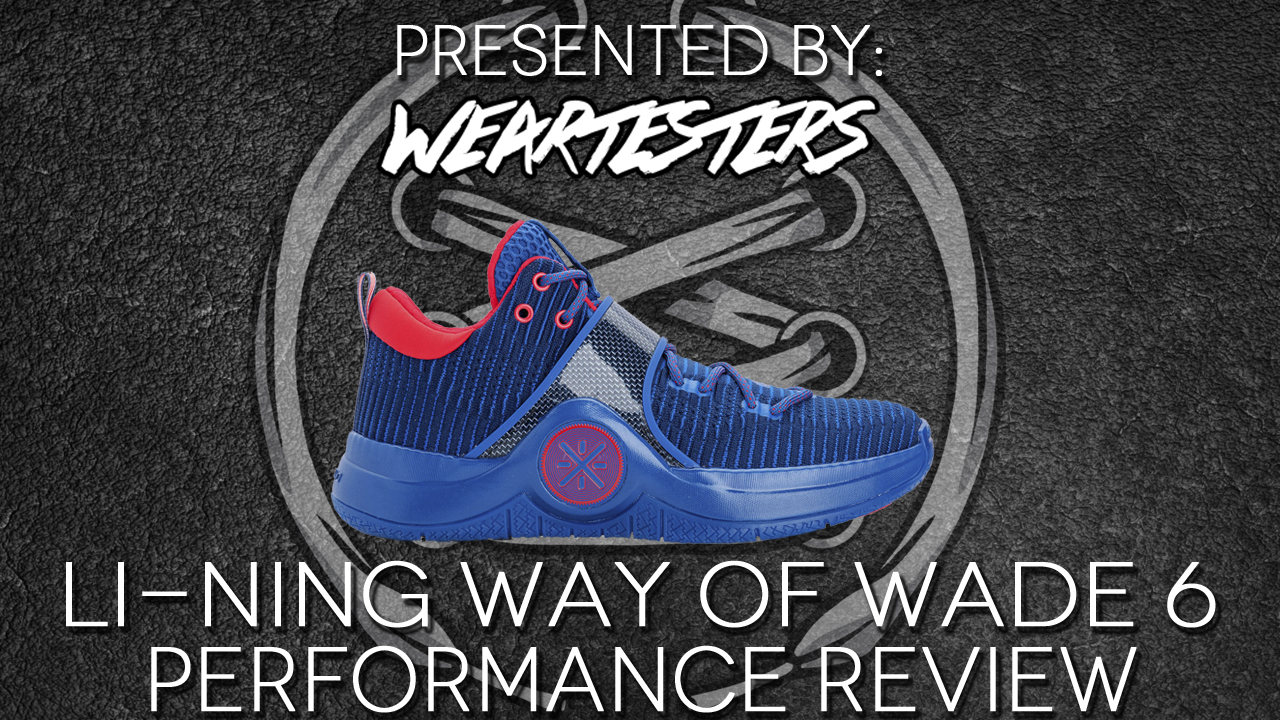 Traction – Good but not great. Traction on the Way of Wade 6 is the one drawback to the model. It isn’t bad by any means, but it could have been a little better. Dust is a sneaker’s arch nemesis and the pattern used on Way of Wade 6 didn’t do much to combat its greatest foe.

Luckily, a quick wipe is all you’ll need and you’ll be on your way, but it was the one area of the shoe that was a little lackluster compared to the rest. As it stands now, the Wade 6 is one of the best performers for 2017, but the traction could have made the shoe an elite level performer.

I hold traction as my top attribute for a shoe, and while the Wade 6 did not prove to be on the same level as something like the Curry 4, it’s still a shoe I’d put in my gym bag because I was able to maintain traction as long as I monitored dust accumulation.

CushioN is used in the heel and works well. However, CloudFoam is used for the rest of the midsole. CloudFoam was one of the worst foams I’ve tried in recent years other than Nike’s REACT, but this new version of CloudFoam is awesome. It’s light, slightly springy, durable, and absorbent.

While those two foams might have been solid on their own, a third cushion is used in the forefoot : Li-Ning’s new DriveFoam. DriveFoam is legit. It’s a PU blend and reminds me of a thicker version of those awesome PU insoles that used to be standard in most high-end basketball shoes.

DriveFoam is absorbent while still stable and close to the floor for court feel. There is no bounce back to the foam like Boost, but it’s absorbent as hell like Boost. DriveFoam alone is worth trying out, but pairing it with the rest of the shoe is something that has had me telling people to definitely give the Wade 6 a try.

A few of the greatest foam cushions I’ve ever tried include Boost, Bounce (adidas’ Bounce), Cushlon, and Jetlon. I’d place the DriveFoam right in between Boost and Bounce. It’s awesome stuff, and made by the same company responsible for Boost (BASF).

Materials – The Way of Wade 6 offers an entirely knit upper and like the cushion, it’s awesome. There is some glue in key areas to strengthen the material but it doesn’t feel like it’s been glued. Instead, you feel like you have a thick knit material with actual ventilation holes at the forefoot and side panel — and these ventilation areas actually work, which is a huge plus.

High wear areas and stress zones are thickened up while the area that would typically feature a traditional tongue is super stretchy. This upper is truly ready to go fresh out the box, no break-in required.

Fit – Wide footers should be good going true to size. However, I went 1/2 size down and the Way of Wade 6 fit perfectly one-to-one. I have another pair of the Wade 6 in my true size that I wear casually, and going true to size for casual use is just fine.

However, when I lace that pair up there is some slight bubbling in the toe that created volume in the area — something I don’t enjoy at all. If you plan on playing in the shoe then I highly recommend going down 1/2 size (unless you’re a wide footer).

Lockdown was very solid. (I want to say “incredible” but I don’t want to have anyone thinking incredible is any better than great, awesome, etc. — sometimes when I use words to describe my excitement for something they end up being misinterpreted as me overselling the attribute.) All I know is that I had no issues. I was locked into the shoe from the heel to the forefoot.

The midfoot strap worked well, but my favorite part about it was that it’s built into the midsole to ensure you’re staying on the footbed of the shoe at all times no matter the movement. Containment on the Wade 6 is very much on point.

Support – Everything that the Way of Wade 6 offers in terms of fit plays into its support. The shoe ensures that you remain on the footbed at all times with the midsole cradling you at the midfoot while the medial rear provide support that should be standard in shoes today.

An internal heel counter is in place along with a carbon fiber shank for torsional support. Some of the previous Wade models had a bit too much in terms of support but the Wade 6 is a perfect blend of what’s needed while allowing you mobility (you can learn more by checking out the Way of Wade 6 deconstructed).

Overall – The Way of Wade 6 is the best Wade model to date. Not only is it the best that the Wade line has to offer, but the shoe competes with most of the top-tier shoes offered from other brands that many U.S. consumers hold in high regard for no real reason other than really effective marketing.

If you’ve never tried a Wade shoe before then don’t worry because you haven’t really missed anything. However, if you decide not to try out the Way of Wade 6 then you’re missing something special. 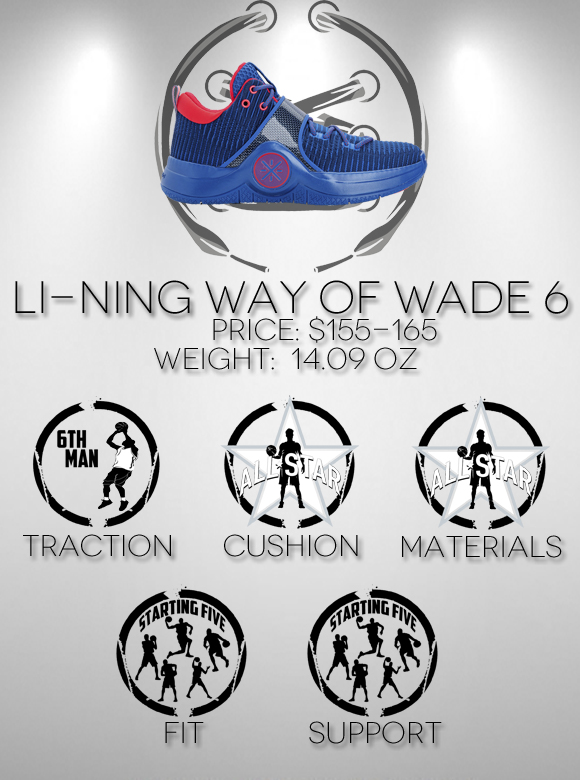