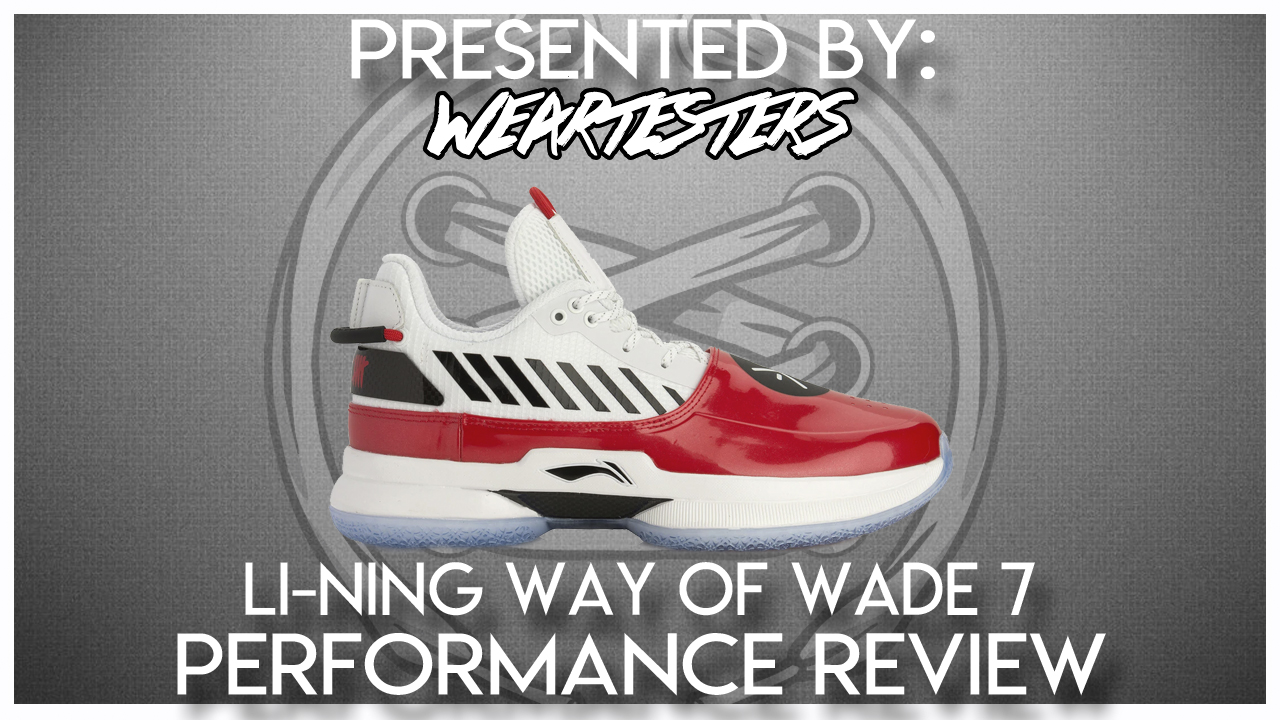 The Li-Ning Way of Wade 7 Performance Review is finally here.

The Wade models have always been a hit or miss in regards to traction, but the Way of Wade 7 was a major miss. I’m not sure why the Wade Brand is able to deliver quality traction on the takedown models but when it comes to the main signature, it’s always a guessing game as to whether or not you’ll get something good.

For the Wade 7, I slipped. Often. Actually, nearly every time I played in them. The only time I wasn’t slipping and sliding around the hardwood was when I wasn’t on the hardwood; I was on the blacktop. For whatever reason, the shoes end up gripping well outdoors but I had no luck with them indoors.

It could be the rubber compound, it could be the pattern or it could be a bit of both. All I know is that they were unwearable for me due to the traction alone. Even constant wiping couldn’t save them.

Supposedly, the cushion setup is nearly the same as the Wade 6, which I loved, but the Wade 7 doesn’t feel the same. They don’t feel bad or anything as the step-in comfort is amazing, but they feel pretty dead under-foot.

It’s unfortunate because I loved the way the Wade 6 felt so much that it really set the bar pretty high for the Wade 7. Much like the traction, I’m not sure what went wrong here.

If you like a lot of stability, then these aren’t bad but you can get stability from other shoes that don’t ride nearly as high off the floor as these do.

Casual wearers will be fine but if you wanted some plush or bouncy cushion, then you’ll want to stick with the Way of Wade 6.

Materials are nice overall. They’re actually different with each release as well with some feeling much more premium than others, but they all have one thing in common: they’re all built really well.

In terms of modern basketball shoes, these are one of the more well-built models on the market. They’re durable and show little signs of wear. For those that have those two items high on their priority list, then this might be a reason to consider the shoe.

I personally hold traction and fit much higher so while this area of the shoe is very good, it’s not quite enough to sway me to lace them up again.

Go down 1/2 size. Even for wide footers because the shoe just runs super long.

Once I received a pair in the length I prefer, I still had some volume around the toe area where the toe cap portion is. The laces only go so far down as well so I couldn’t really remedy that with tightening.

Lockdown is decent, but the laces (I assume) were causing some sort of foot fatigue. I don’t know if it’s because they’re thin or because the shoe overall is stiff/rigid, but they just weren’t ideal. I’d tighten to get the security I want and wound up with my feet feeling like they were going numb and when I’d loosen them a little, then they’d be too loose and flexed awkwardly.

Support is good, but the shoe is very stiff because of it. At least I think that’s why. The carbon fiber plate isn’t very large and looks to only reside at the arch. This makes torsional support very good but the forefoot just doesn’t flex well for me. However, the tooling is flat and wide with an extended base acting as an outrigger, so stability was on point. Materials and overlays helped with containment and making sure your foot doesn’t shift over the footbed. But, they just didn’t move well for me.

Overall, I like the Way of Wade 7… off-court. I definitely don’t want to play in them again. Traction was less than desirable while cushion wasn’t anywhere near as awesome as it was last year with the Wade 6. Materials and build quality are great, but the overall function… they’re just stiff. Maybe it’s just me. But this was my experience in the Way of Wade 7 so this is how they played for me.

I’m glad I kept a pair of Wade 6s in the stash because those I feel are the best they’ve done thus far.

If you’ve played in the Way of Wade 7, feel free to share your thoughts on them down below in the comment section. You can also check out AnotherPair’s performance review on the Wade 7 for a different perspective. 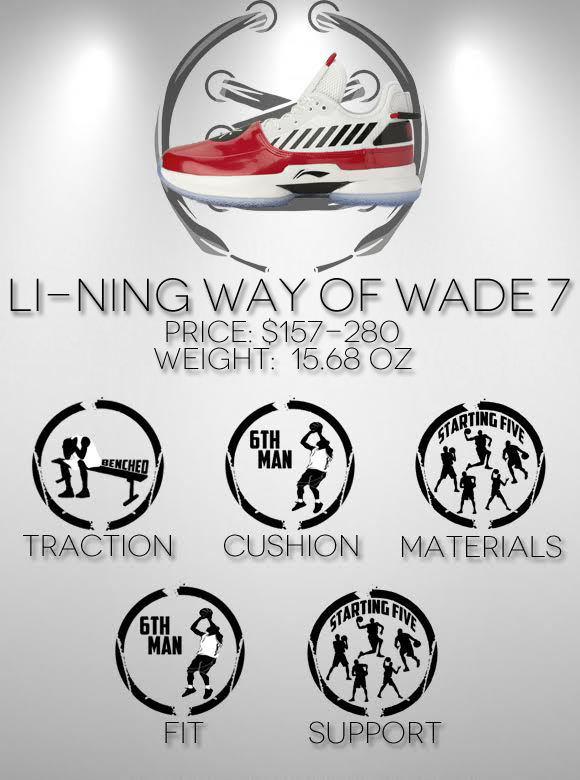