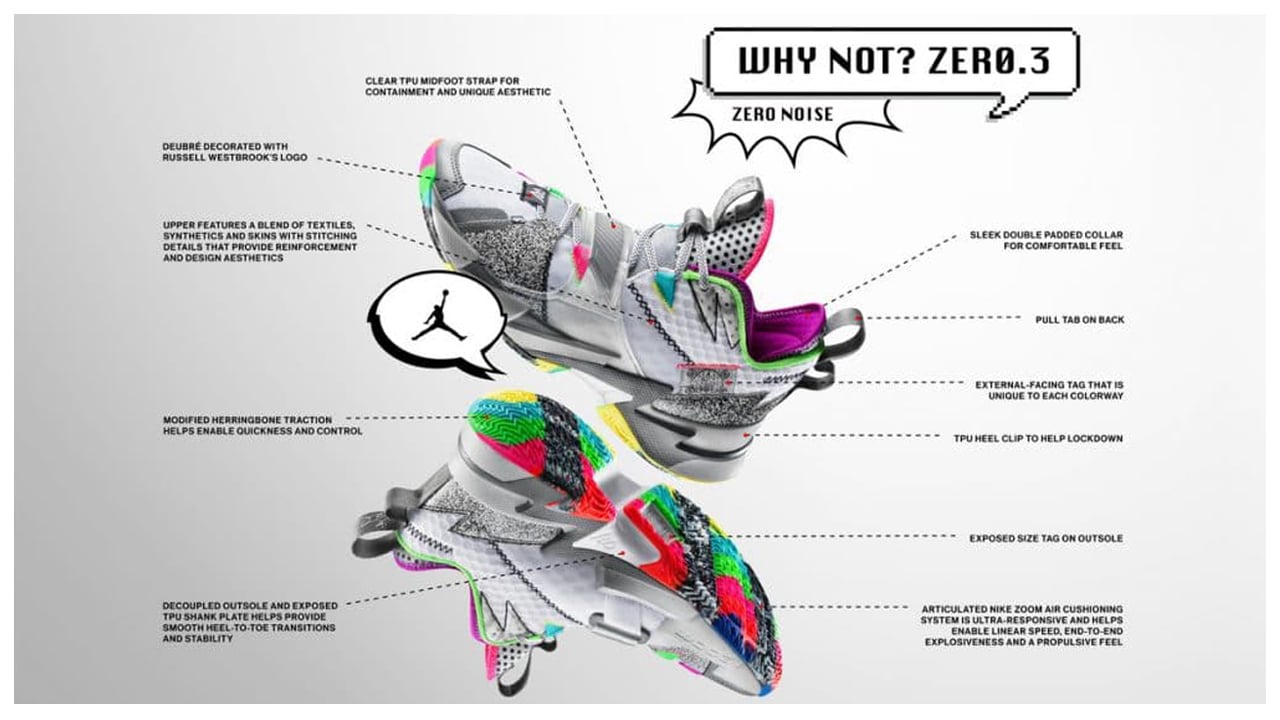 Buy the Why Not Zero.3

Exclusive to the Why Not Zero.3, an all-new articulated Nike Zoom Air cushioning system (similar to but not exactly like the articulated Zoom Air in Nike Kyrie 6) in the forefoot features horizontal flex grooves that help enable linear speed. The idea is to provide an end-to-end explosiveness and propulsive feel on the court.

The outsole has been updated with modified herringbone traction to better enable quickness and control on-court. The decoupled outsole separates the forefoot from the heel and is an evolution of one of Russ’s favorite shoes – the Jordan XX8 and XX9.

The materials are a blend of textiles, anesthetics, and skins with stitching providing reinforcement and design aesthetics. There’s also a sleek double padded collar for in foot comfort.

To finish off the look the shoe features a clear TPU midfoot strap for containment along with a visible, exposed TPU shank plate in between the decoupled outsole to help provide stability when moving from the heel to forefoot.

The launch colorway “Zer0 Noise” is set to release January 2, 2020. It represents Russ’ desire to inspire people to block out unnecessary noise and play the game their own way.

The “Family” colorway will release January 9, 2020. It represents Russell’s family.

The “Heartbeat” colorway will release February 27, 2020. It represents Russ and his wife Nina welcoming twin girls who are now the heartbeat of their life. The colorway is also inspired by his twin girls’ bedroom which reminds girls everywhere to own their power and follow their dreams.

An upcoming Why Not? Apparel collection will also release.

Buy the Why Not Zero.3