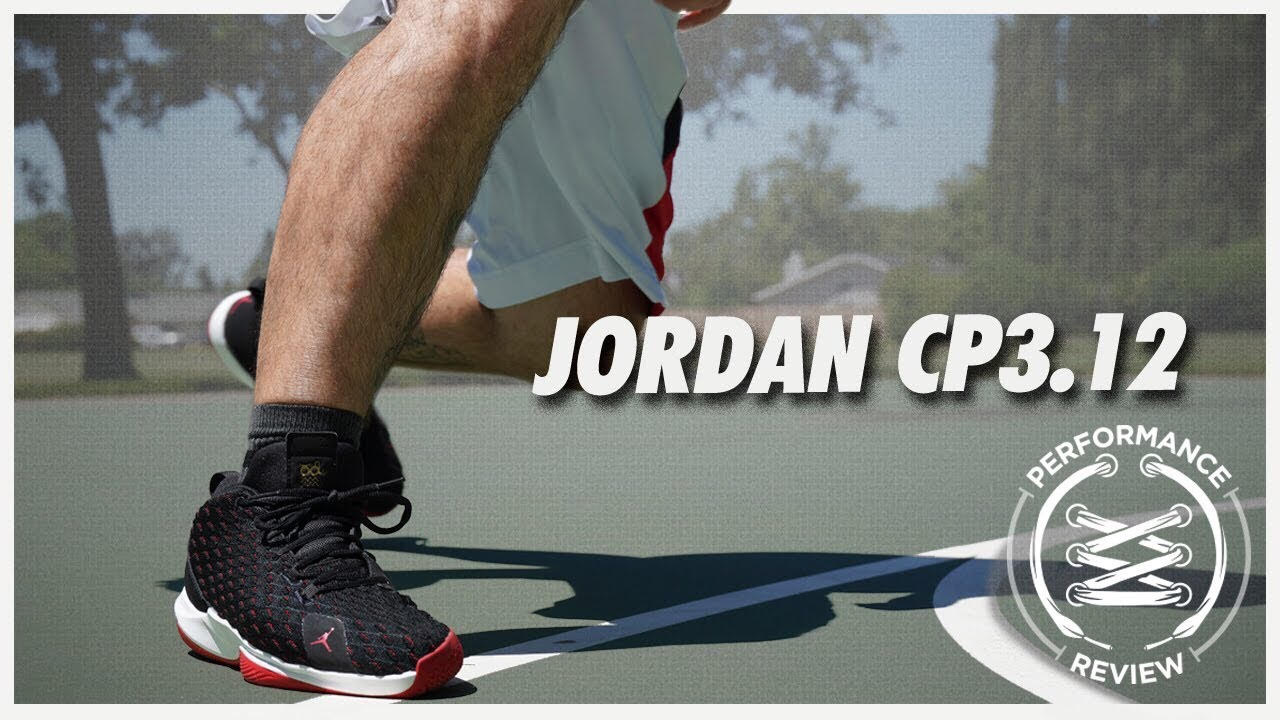 Chris Paul’s Jordan CP3.12 is a surprise hit. Click through for our full performance review.

Traction on the Jordan CP3.12 was really good. I mean, I was semi expecting the traction to be pretty good, as most CP3 models are, but holy crap these were really good.

They screech as if they’re about to rip the floorboards up and dust was rarely an issue. If dust became an issue it was towards the midfoot and heel where the pattern is tighter. But a quick wipe and I was good to go.

They even played nicely outdoors (cushion too) which I feel is a huge plus in today’s sneaker market. Most shoes are made to wear out rather quickly. Yet, the CP3.12 has been holding up really nicely both inside and out.

Forefoot Zoom Air (same size and shape as the Air Jordan 13) along with a lightweight Phylon midsole. Sounds similar to most basic Zoom Air-laced models like the PG1, the Jordan Zoom Zero Gravity and Jordan 2×3 etc. However, they feel more like an Air Jordan 13 without the clunky podded tooling.

I felt light and fast, but never felt I was unstable or as if the shoe lacked court feel. They weren’t over-cushioned or under. They felt just right. While I still miss Podulon… the cushion setup on the CP3.12 didn’t have me wishing it was anything other than what it is.

Flyknit is used, which I find to be very strange as the price point of the shoe is $100. Nike and Jordan Brand usually price its knits at a premium, this shoe did the opposite. I’m not complaining, I just think it sends mixed signals to consumers. Now I definitely know (even though I already did) that Flyknit isn’t premium and I won’t want to pay premium prices for it ever again after experiencing it at the $100 price. Not to mention when it hits outlets.

As for what it offers… it plays just like the Performance Woven featured on the Air Jordan 29. Yes, it’s that good. It broke-in within minutes and kept me secure. It’s not the most durable material out there, but if you want something ready to go out of the box then this setup will cater to that want or need.

The CP3.12 was very tight when I first tried them on, but as mentioned above, they break in very fast. True to size worked best for me, but if you have a wide foot I’d try them on in-store if possible. The forefoot area is on-piece until it opens up to the tongue so that might be a little tight for some foot shapes.

Lockdown was solid. No complaints. No issues. No cares in the world. Once I was laced up I just had fun and played. Each and every time. It’s exactly what you should get out of a performance shoe. Something that doesn’t bother you at all. It’s just there and out of the way while doing everything you require it to do.

Lateral support looks worse than it actually is if you’re basing it off of the image above. This folding over thing is very common and allows the foot a bit of give when in motion. This would have been bad had the midsole not cupped the foot a little bit — which is why you see the midsole with a fold in the middle.

The base is also decently wide. So, while they don’t have a pronounced outrigger, the lateral edge comes out far enough to stabilize you upon these types of movements.

The internal heel counter could’ve been a little stronger, but it got the job done so I can’t complain too much about it. It’s more of a nitpick, but if I was the brand making the shoe I’d have requested one just to be on the safe side.

Overall, I’m just surprised. I thought the CP3 line quietly died. Then the shoe was unveiled. Then it released out of nowhere without any push or promotion from the brand. It’s as if Jordan Brand doesn’t care about the shoe or care if they sell any of them. If they don’t care then why would any consumer in tune with the sneaker space care?

Despite the lack of build-up to the shoe, they played really well. They’re a no-nonsense type of shoe that offers a lot of performance for it’s $100 price point. Since these are CP3’s they’ll likely be hitting outlets soon and for under retail I’d feel like I just came up on a great deal. Hell, I paid $100 for these things and I feel like I got a good deal as it is.

If you were in the market for a solid pair of hoop shoes that requires little break-in time, great traction, solid cushion, fit and support then these might be what you’re looking for.