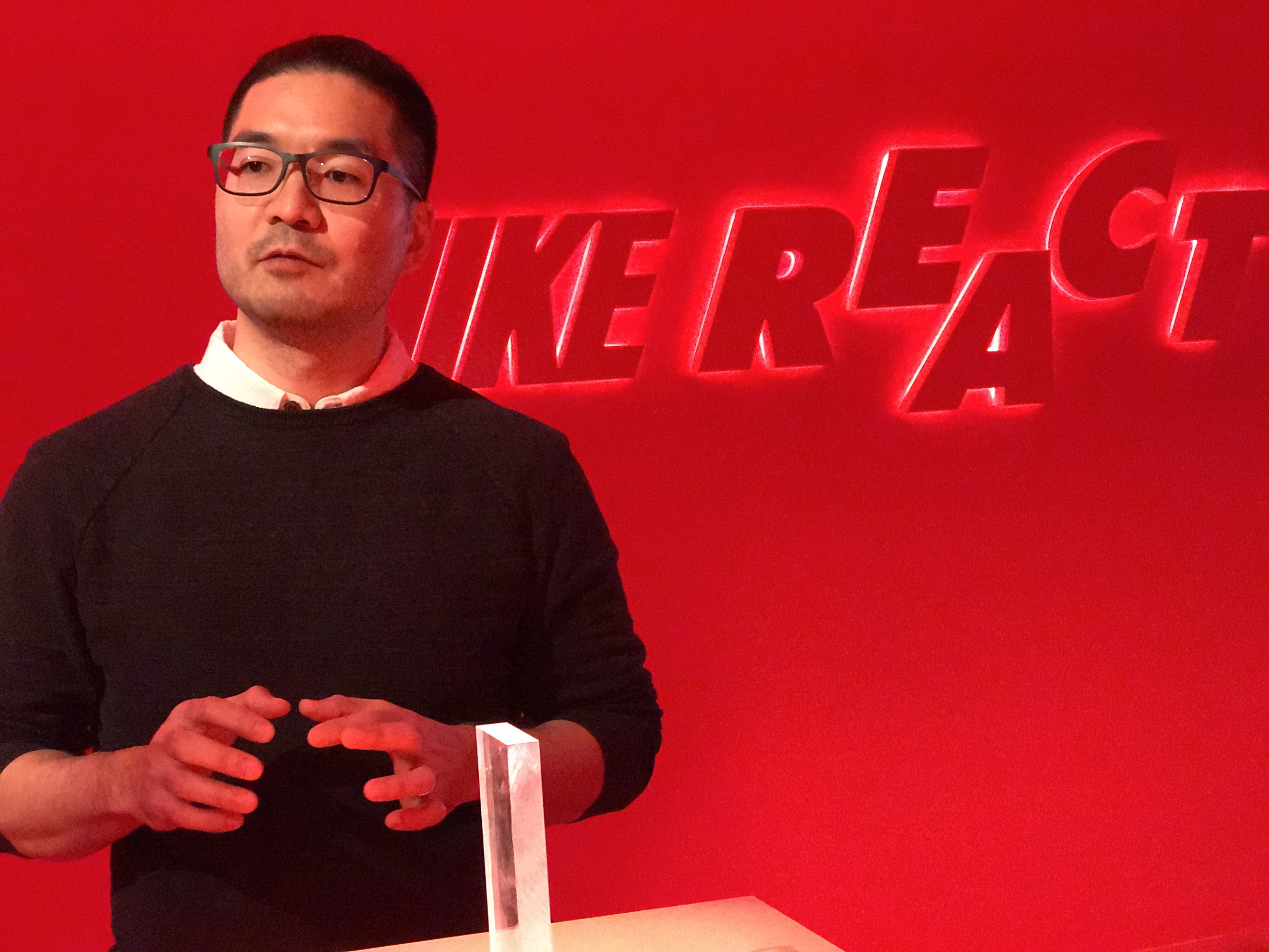 With Nike and Jordan Brand in New York to debut the brand new Nike React, I had the opportunity to speak to the one and only Ernest Kim, aka Professor K — the godfather of performance reviews and author of Kicksology.

Kim is now the Innovation Director at Nike. From reviewing sneakers for fun to being recruited by Nike, his ascent shows that passion, dedication, a wild imagination, a love of food, and priceless timepieces can make an individual one of the most multi-faceted assets over at Swoosh.

We discussed what Nike React is and how it will start to make waves. Enjoy. 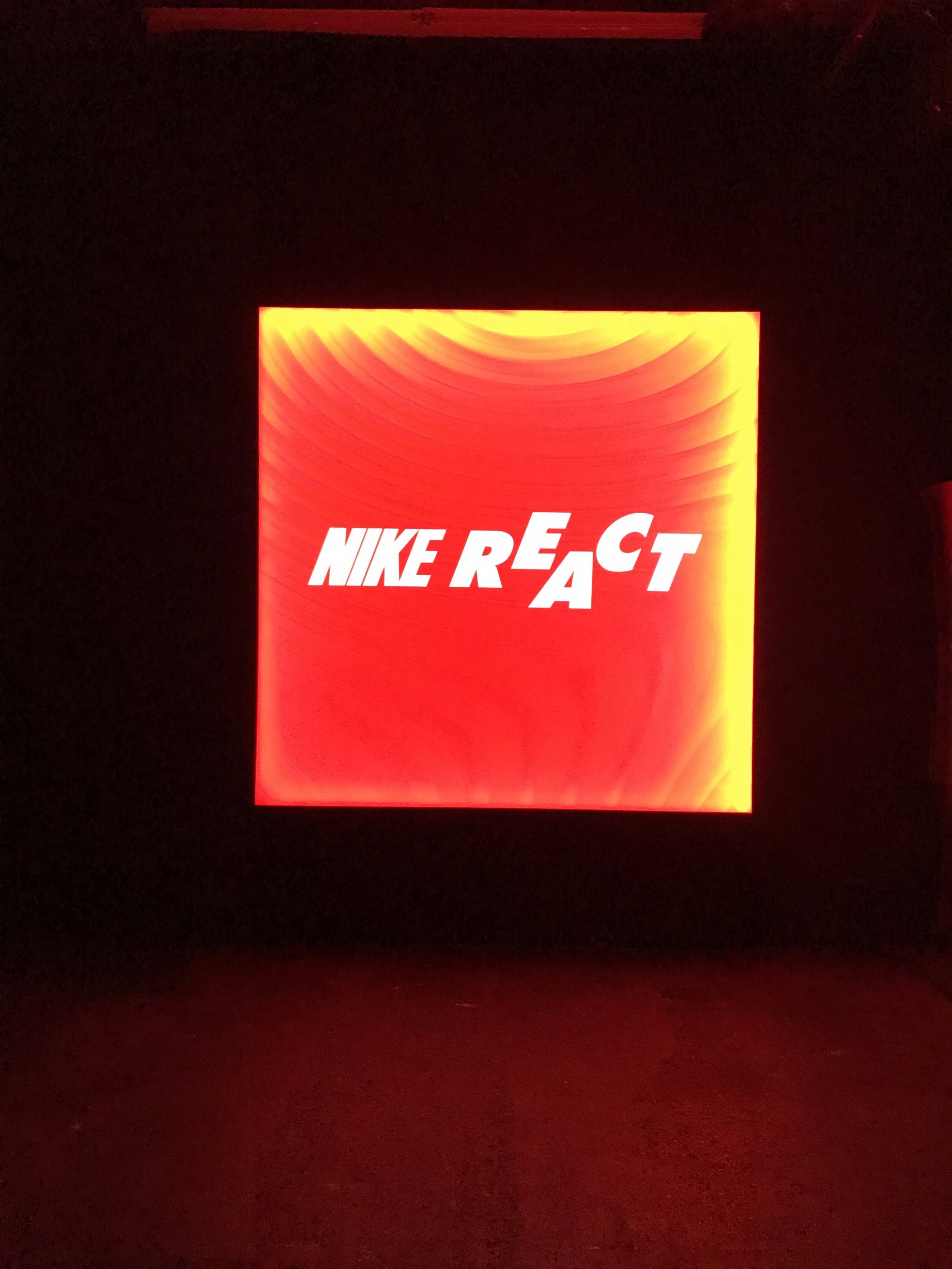 Stanley Tse: First and foremost, it’s a pleasure and honor to meet you Ernest.

Ernest Kim:  Great to meet you.

Stanley T: Can you let everyone know what you do or what your position at Nike is?

Ernest Kim: Sure, I’m the Footwear Innovation Director at Nike.

Stanley T: What most of you will remember is that Ernest is the one and only original Professor K of Kicksology. With that being said, we’re just going to dive right into it!

In terms of the new Hyperdunk, and the rest of the shoes, this is a classic design that is very understated. Is this to put the focus on the React tech? Or a sign of things to come since the Rev 17 and the Kobe AD took that similar route?

Ernest Kim: Well first off, reason why Stanley is breathing heavy, is because he was super excited to meet me. [I just went through a major basketball drills workout with the Nike team — and I mean, come on! Professor K!] Actually, to be honest, the core designers would be able to bring better light in regards to the design itself, but one thing I could say that definitely we are focused on delivering maximum performance with minimal weight. And trying to allow the athlete to be at their best without limiting their movement, so it’s part of what you’re seeing come to life. 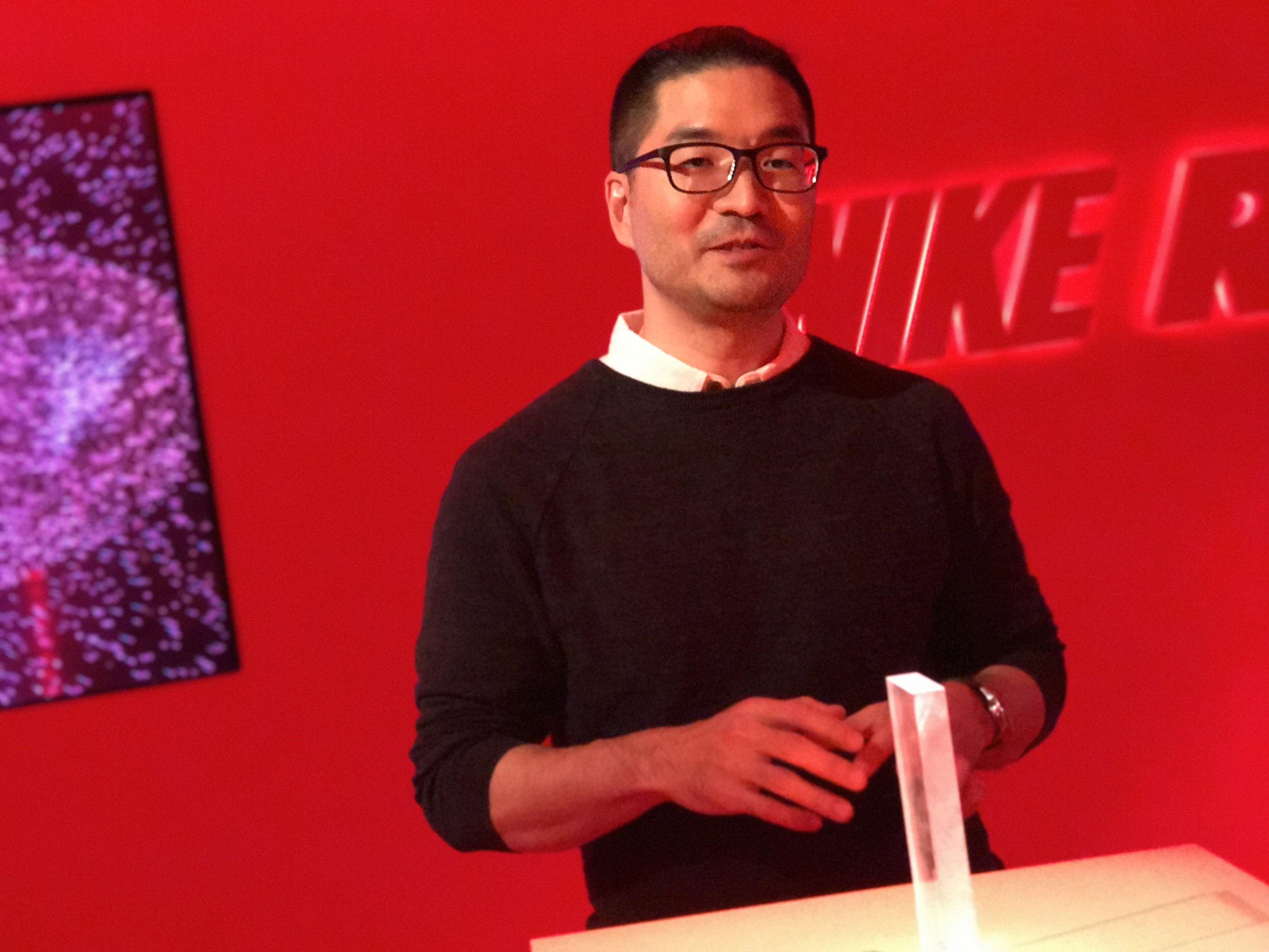 Stanley T: Awesome! The Zoom Air unit in the Hyperdunk 2016 was a delight to play in. Will that form of Zoom make another appearance in future footwear with the trampoline window, or is Zoom Air on the back burner for now?

Ernest Kim: I can’t speak too much of future development, which I’m sure you can understand. However, I can certainly say that we’ll perhaps, for example, launch a product like Lunarlon and evolve it and proliferate in different ways across the product line. I can say you can expect to see something similar with the Nike React technology as well as we’ll continue to push the envelope on how best to apply and enable athletes to get the best of the platform.

Stanley T: Will we be seeing Nike React on any future signature models in a LeBron, Kevin Durant, Kyrie, Paul George, or any future soon-to-be-signed or signature Nike Athlete?

Ernest Kim: Well, we are going to continue to push the boundaries and apply this in newer and better ways by obtaining feedback from athletes. So I’d say, we’re super excited for you — WearTesters Team — to say what you think about React and use that knowledge to continue to use that insight and evolve the technology. 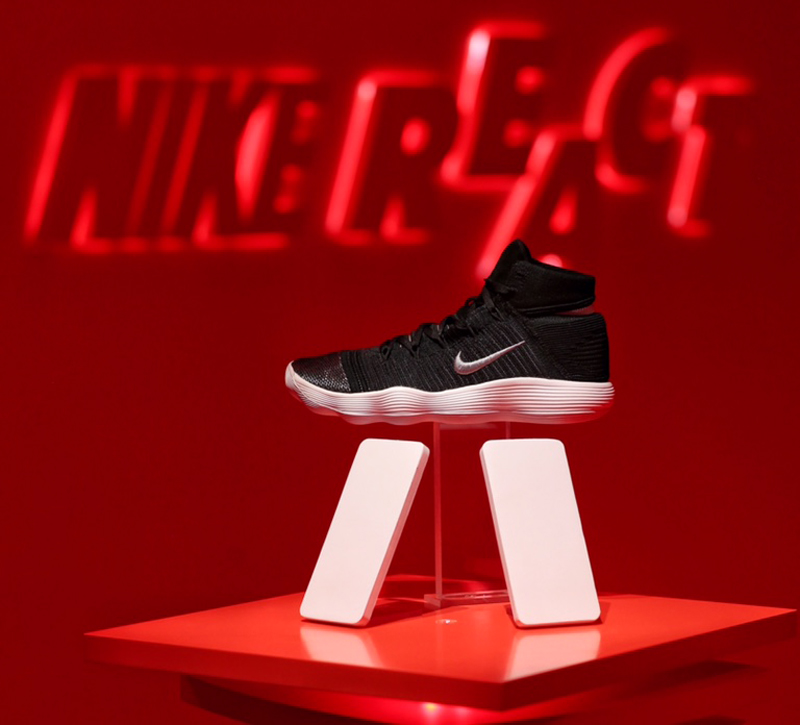 Stanley T: In terms of React, many people don’t realize that it required a [nearly] insurmountable testing phase to conceptualize, create, and put forth (with testing for many hours). With the amount of time and development, will we be seeing React in lifestyle wear and other performance wear?

Ernest Kim: Well, I will say there is a specific reason we directly launched it in basketball first, especially with the unique combo of amazing cushioning, great energy return, lightweight and durability — which athletes told us they wanted. So it just made perfect sense to launch it in basketball. Beyond that, we suggest you all stay tuned because we’re continuing to test the boundaries with deploying React in multitude of ways. 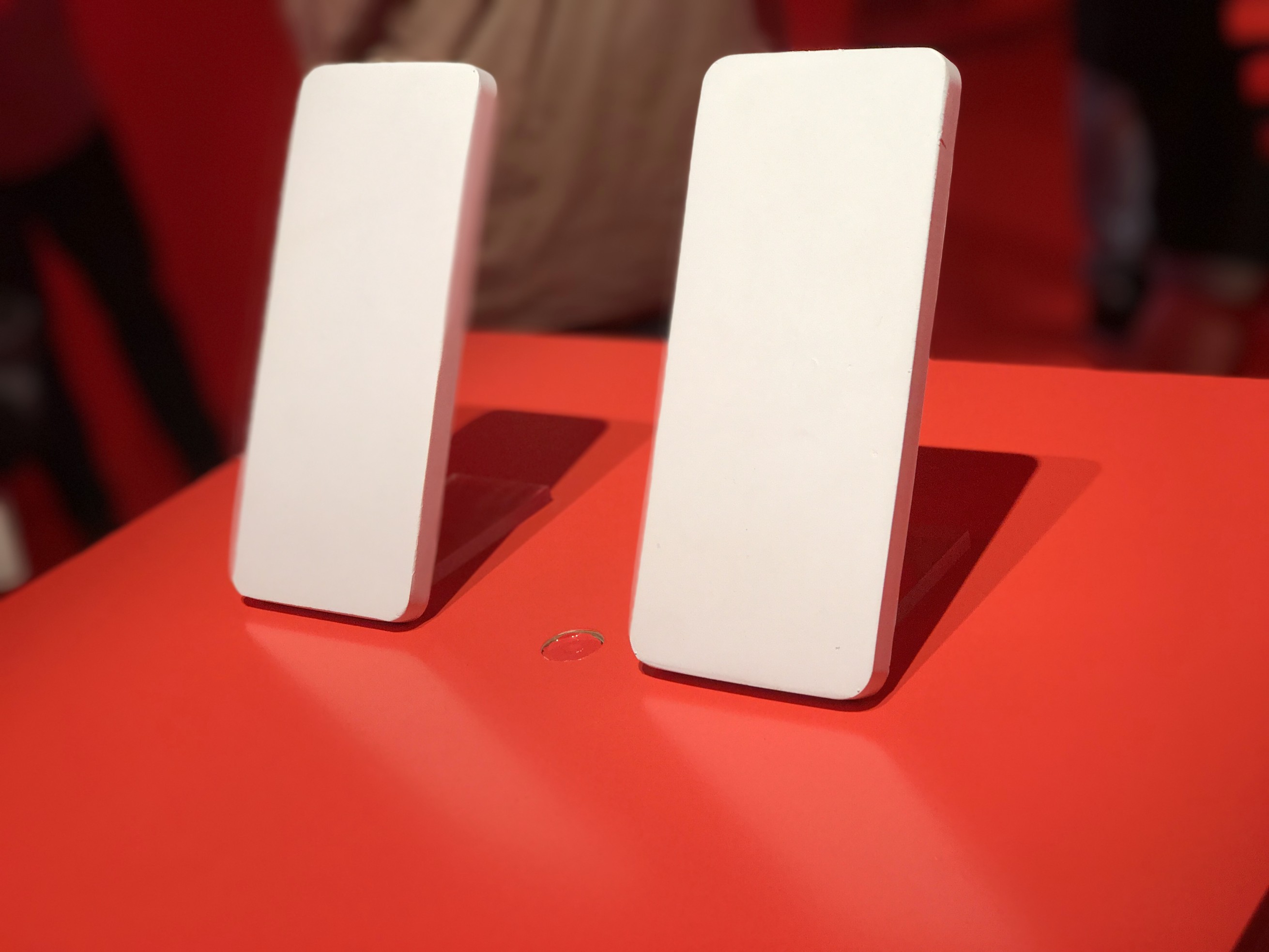 Ernest Kim: It really comes from listening to the voice of the athletes, as much as we talk about that, it’s pretty much the core of everything that we do — whether you talk about an in-line product or innovation based program. The athletes we asked expressed what they wanted from their cushioning and what was missing from their cushioning. The athletes pretty much stated we wanted it all and not compromise anything.

That’s where it all started, so our team took that on board and we just questioned on “How do we start this? How can we deliver this at a level, especially when we’ve done this before as an all-in-one?” We felt like we had an incredible advantage, especially our in-house team that are extremely smart — like our PHT people in chemistry and chemical engineering, who are able to determine levels of energy return and develop a material that’s going to that level of cushioning and energy responsiveness, so they are able to set these targets and work through chemistry required to actually work through this material. Nike React is an entirely new material and not a form of EVA.

Stanley T: How does Nike React work, specific to a basketball player like Draymond Green? He is a Swiss Army knife-like player who can bring up the ball, post up — a do-it-all. Does the React cushion lend itself to just guards, forwards, centers, or the all-access everyday player?

Ernest Kim: That’s a very interesting and unique question. One of the things we are seeing these days in the game of basketball is that there is so much more versatility now, so it’s pretty much not towards any position.

But we did want to specifically work with different uses and in that case of the Hyperdunk, the basketball team worked with Draymond Green. And like stated, the shoe is for the utility player, the do-it-all — and that’s what drove this specific fluid geometry that came from the Hyperdunk, which is for the all-around athlete.

The Super.Fly 2017 was Blake Griffin, who’s all about playing above the rim, a high-flyer, so that’s what drove the changes in the fluid geometry with the Super.Fly 2017. Inside, the Nike React foam is the same (Hyperdunk 2017 and Super.Fly 2017), but it’s the way it’s expressed externally in the outsole and the midsole it was different — and obviously the upper is different.

Stanley T: Is the external outsole a completely different material or is it all React?

Ernest Kim: The core is all React, however, the outer shell, or carrier, is a different foam — it provides lateral stability along with the solid rubber or translucent outsole. 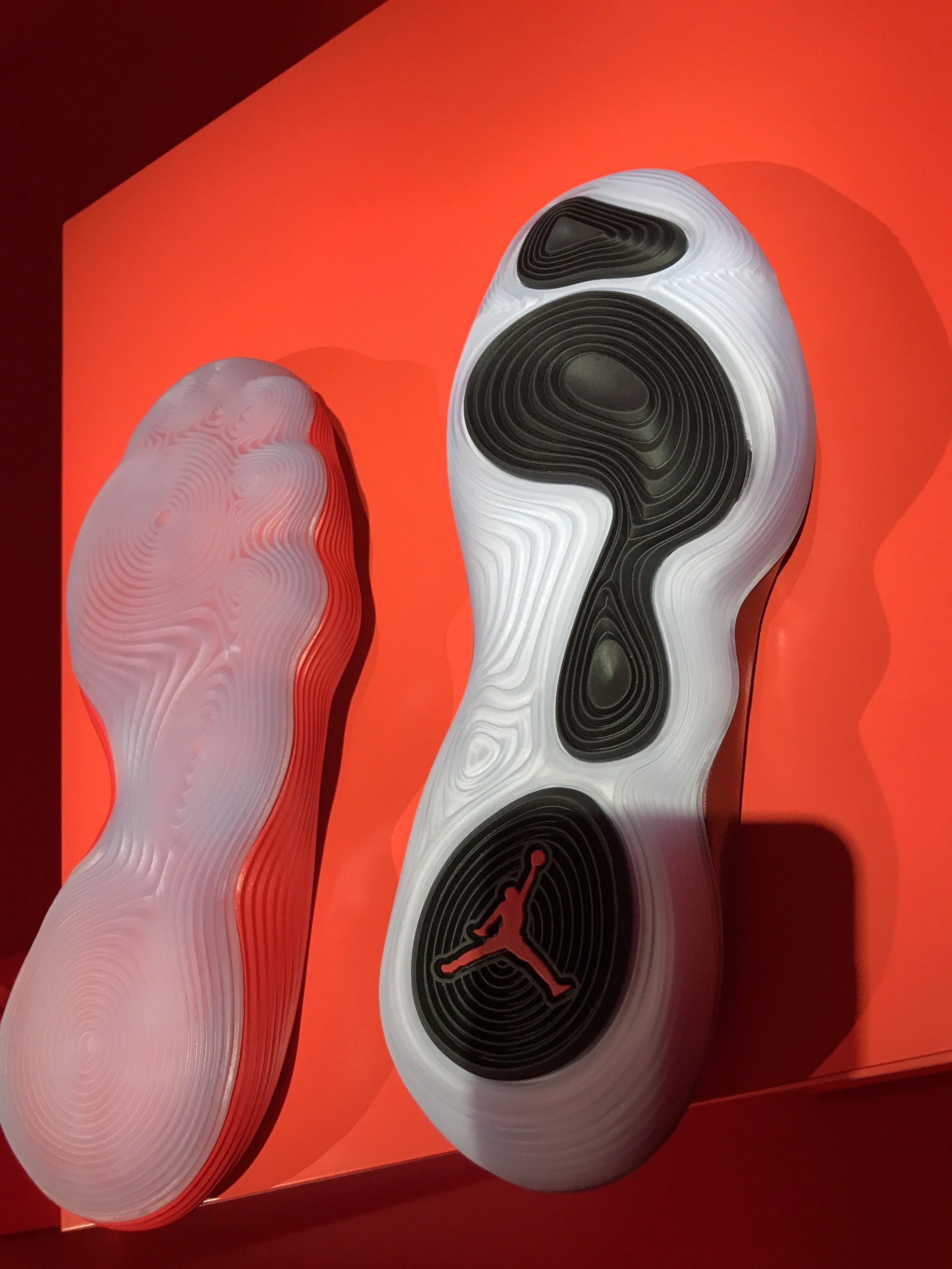 Ernest Kim: A great question, but really it’s all about preference, as Nike provides options for the multitude of athletes because each cushion works differently based on an individual. KD loves Unlocked Zoom in his shoes, along with LeBron with the Hex-Zoom. Different athletes have different preferences, and it’s not just at the elite level; it boils down to the recreational level as well. So, say you’re an athlete who likes more court feel but doesn’t want to compromise cushioning, durability, energy return — that’s where something like the Hyperdunk or Super.Fly is going to be really great for those athletes.

Stanley T: React cushioning is structured into the midsole shell for the Hyperdunk or Superfly. In addition to the pressure mapping, how do you accommodate specific athletes who want the React foam and a certain type of traction pattern (to manipulate the player’s on-court feel)?

Ernest Kim: Another great question, and it’s really about getting a bigger pool of sample of athletes — so when we looked at the underfoot pressure data we didn’t just look at one athlete, we looked at a few, especially our elite roster of basketball athletes. That’s where our design team was able to create this aggregate that represented the population or group as a whole. So we think it really does a good job in delivering on a broad range for the basketball player/athlete. 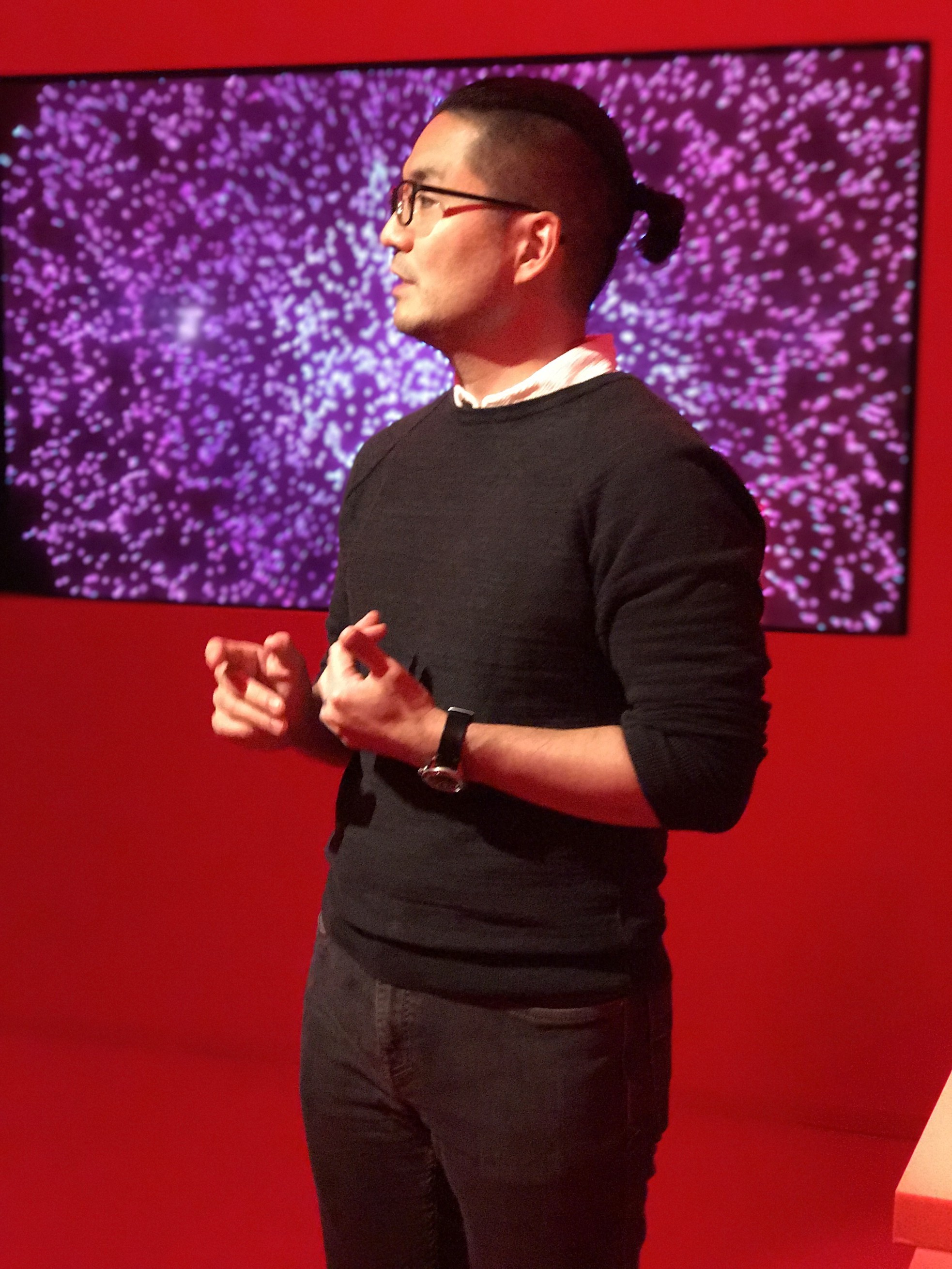 Stanley T: How long was the developmental process of React?

Ernest Kim: We can’t get into the specifics. However, with our innovative advancements, it has allowed us to accelerate the development process, giving a proprietary advantage, but we still have to keep in under wraps in terms of development — but you’ll see soon.

Stanley T: Where do you see React going towards, in terms of sports?

Ernest Kim: Well we can’t discuss specifics on how we are going to execute it, but I would say, two things I guess — we are always going to listen to to the voice of the athletes and get their feedback to continuously improve the foam, but also the surrounding platform. And second, it’s a really exciting time at Nike because Nike React is just part of the cushioning revolution with Nike VaporMax, Nike React, Zoom X, so we’re really accelerating base innovation, so we really have some exciting things to come, which unfortunately we can’t talk about just yet, but you’ll see soon.

Stanley T: Ernest, again, we wanted to thank you for your patience and time — and for answering the tough questions we threw at you to the best of your abilities. It was an honor to meet you and get a chance to chat with you.

Ernest Kim: You’re welcome and thank you very much Stanley. 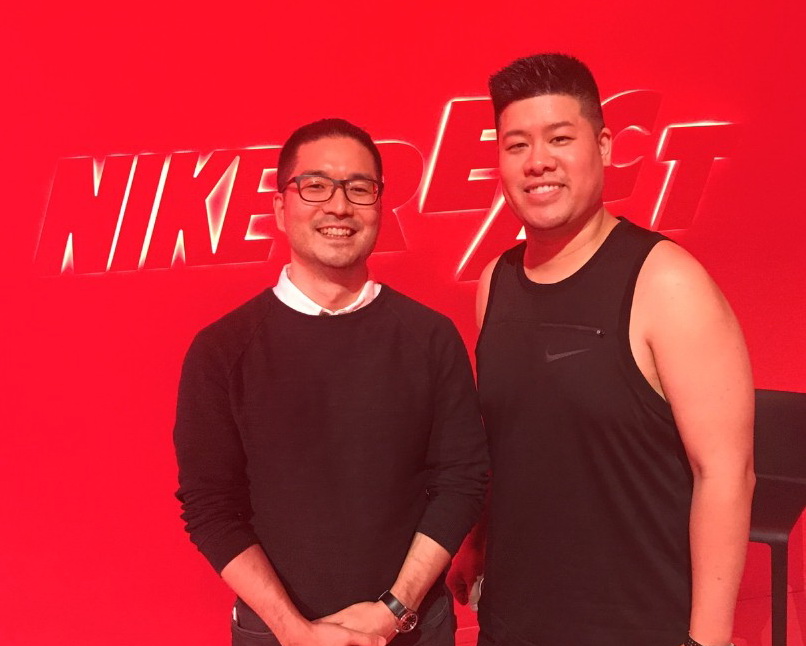 Special thanks to Nike and Jordan Brand.