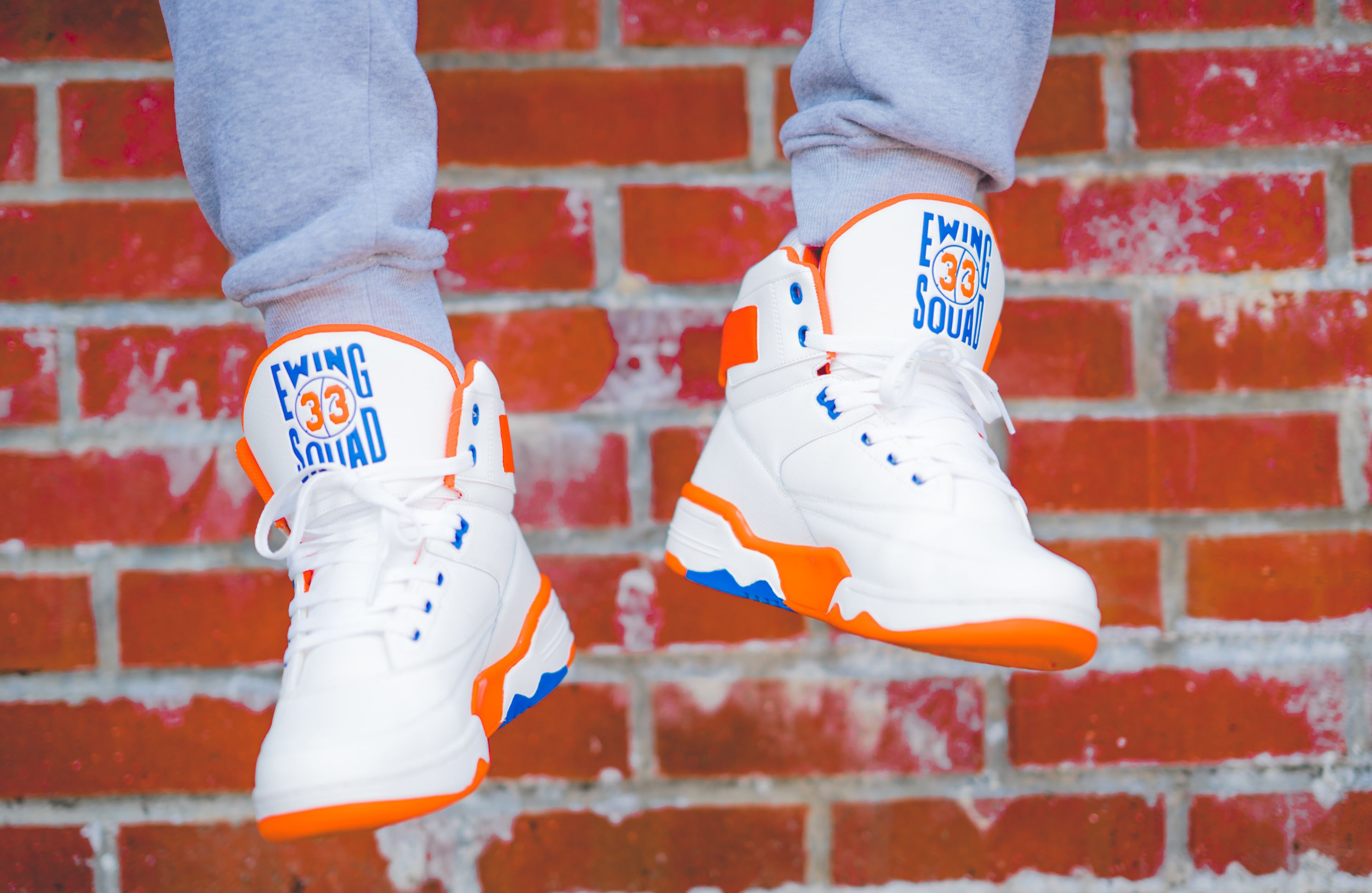 Nike and adidas fan clubs don’t get sneaker collabs, but Ewing Squad 33, a thriving community of Ewing Athletics enthusiasts, has a shoe coming out this month.

The collab was designed by Albert Lebron (@phatboisnackz), the founder of Ewing Squad 33. The fan club operates mainly on Facebook where the group is over 7,000 members strong. Dozens of fans post the Ewings they’re wearing, copping, trading, or selling daily, and it’s full of fun members that want nothing more than to connect with people that love Ewing sneakers as much as they do.

“The brand gave me the freedom of working on any model it had on the active lineup,” Lebron told WearTesters. “They didn’t say no to any of my ideas, and they showed so much love for the Ewing Squad 33 movement.” 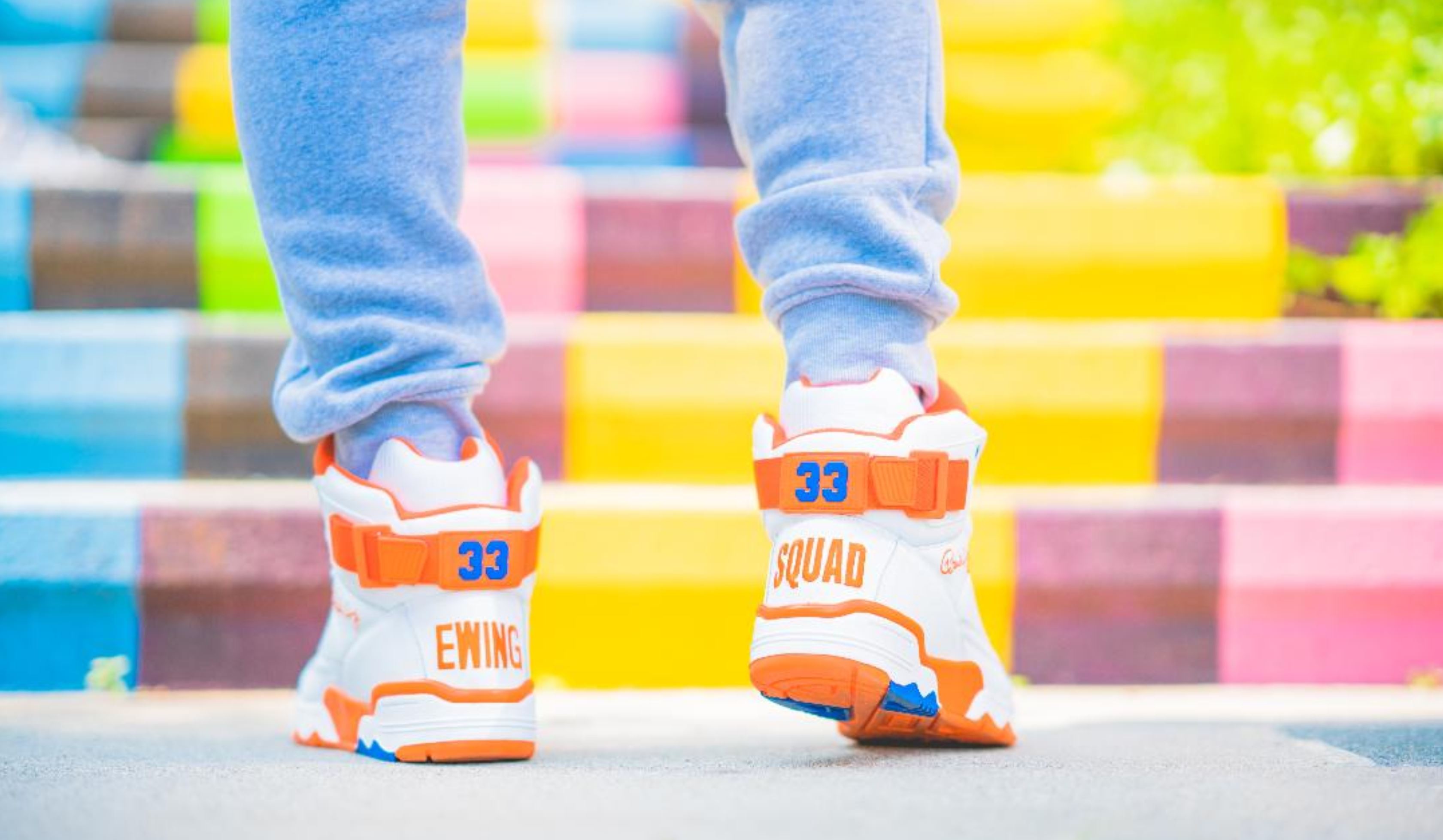 The Ewing Squad 33 x Ewing 33 Hi is a classic affair, and designed to be something Ewing would have worn on-court back in the day. “I went with this colorway because I wanted to take it back to the OG Knicks days — wanted [the shoes] to have an OG feel to them,” continued Lebron. The shoes flaunt white leather uppers, bold orange hits, and blue accents. Even the box is custom for this collaboration, and the heels flaunt big “Ewing Squad” embroidery.

“They gave a kid from Hartford, CT — with a passion for Ewings — a chance to have a collab. I’m not a sneaker influencer, artist, athlete, or boutique, just a guy that loves Ewings,” Lebron told WearTesters. “I want to thank David and the Ewing Athletics family for this amazing opportunity, it’s unreal and a dream come to life…It’s crazy to have a collab next to Big Pun, Rick Ross, 2 Chainz, Staple freaking Pigeon — my favorite designer!”

Check out the teaser for the shoe below, which features Albert Lebron, and expect it release in late-September. We’ll update you when the release date and pricing is official. 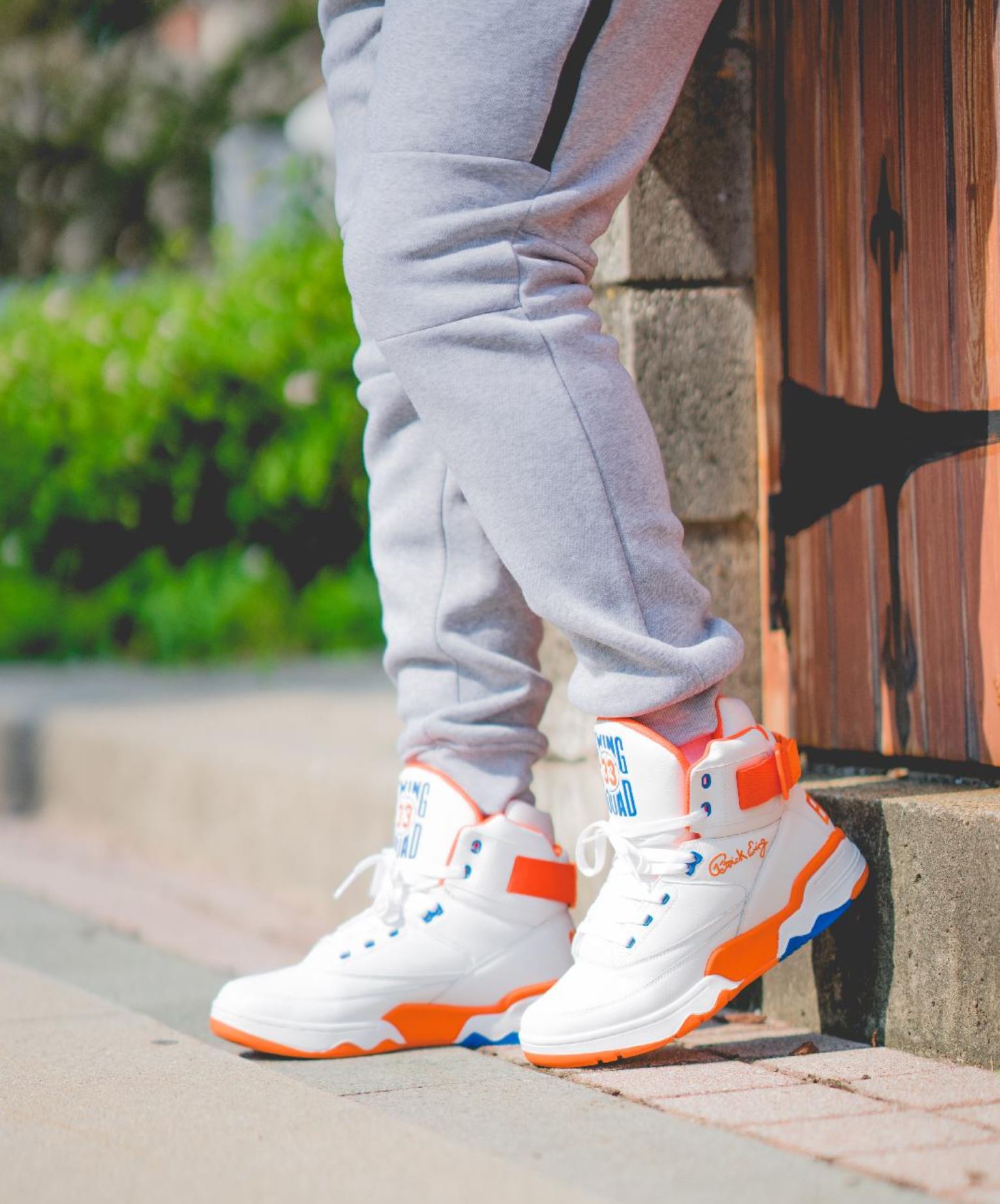 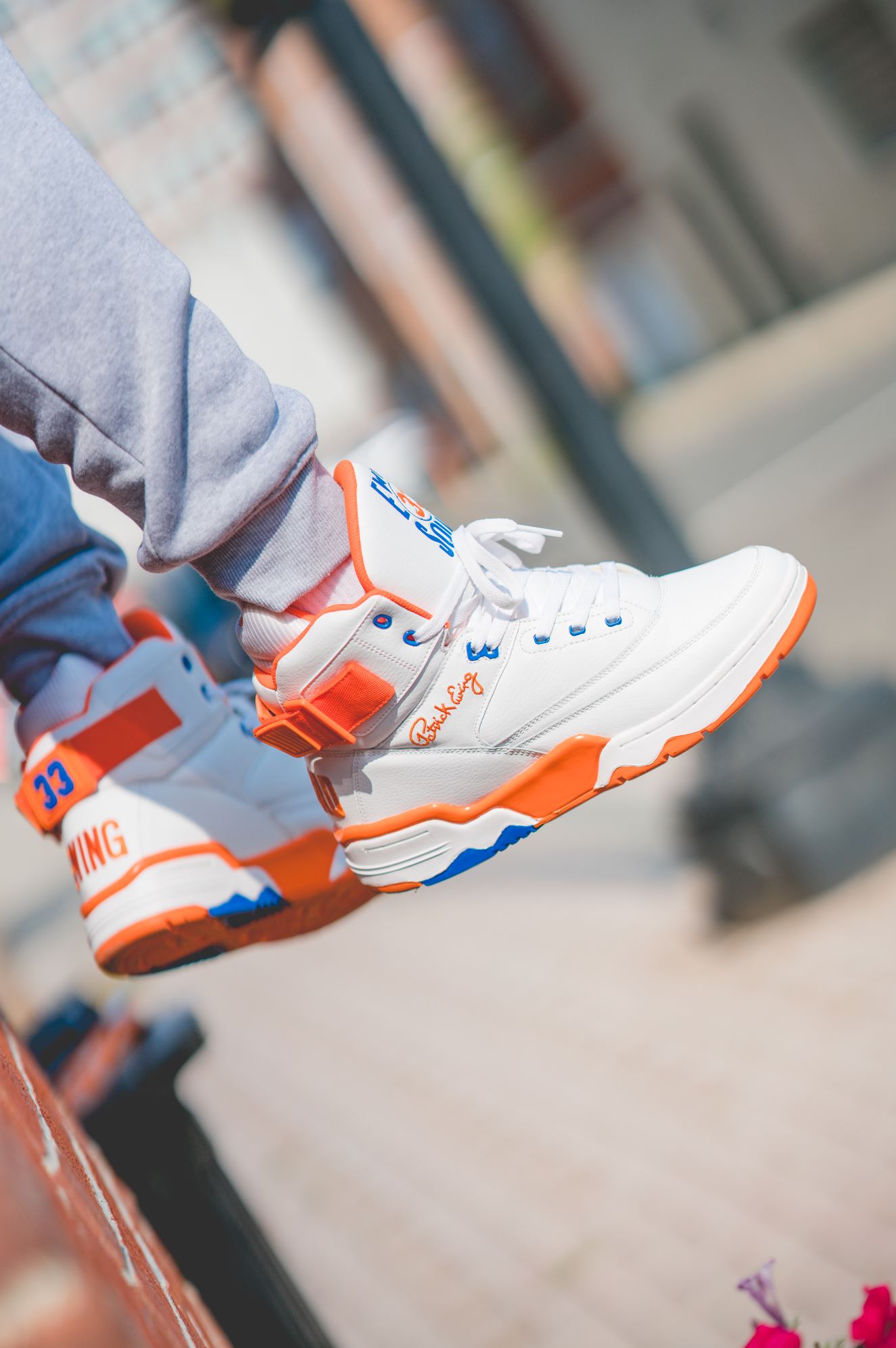