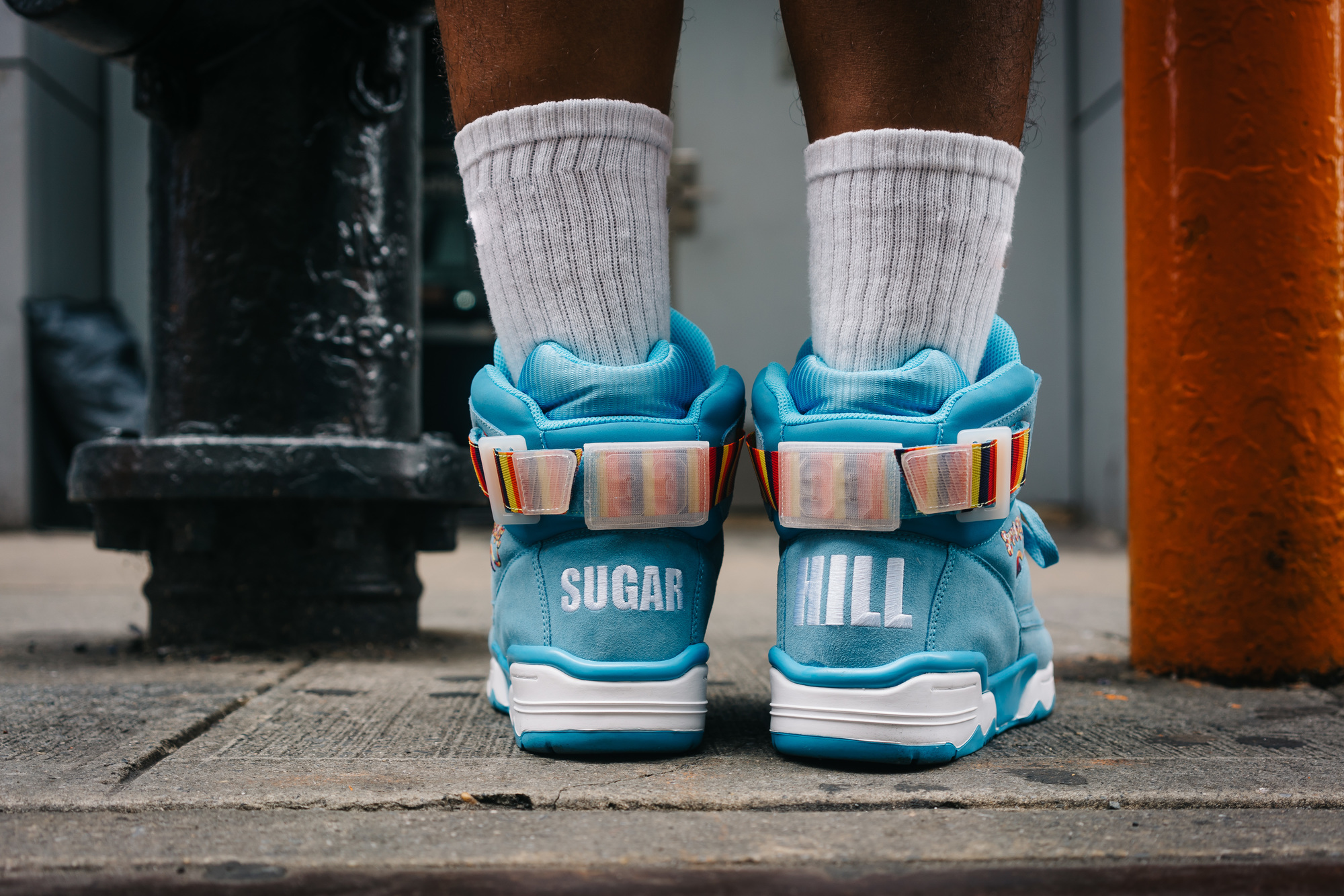 Sugar Hill Records was founded in 1979 as the very first hop-hop record label. Now, after collaborations with artists like Big Pun, Cormega, The Outlawz, Rick Ross, and EPMD, Ewing Athletics has gone back to the beginning for this latest project.

Founded by husband and wife Joe and Sylvia Robinson, Sugar Hill Records’ first record was the historic 1979 hip-hop track “Rapper’s Delight” by the Sugarhill Gang. The track was the first Top 40 hip-hop single, and shortly thereafter acts like The Sequence, Grandmaster Flash and The Furious Five, Funk Four Plus One, and the Crash Crew joined Sugar Hill.

While the label only lasted until 1986, the company’s Sugar Hill Studios — where tracks like “Rapper’s Delight” and “The Message” were recorded — was based in Englewood, New Jersey, the very same place Ewing Athletics is now headquartered. 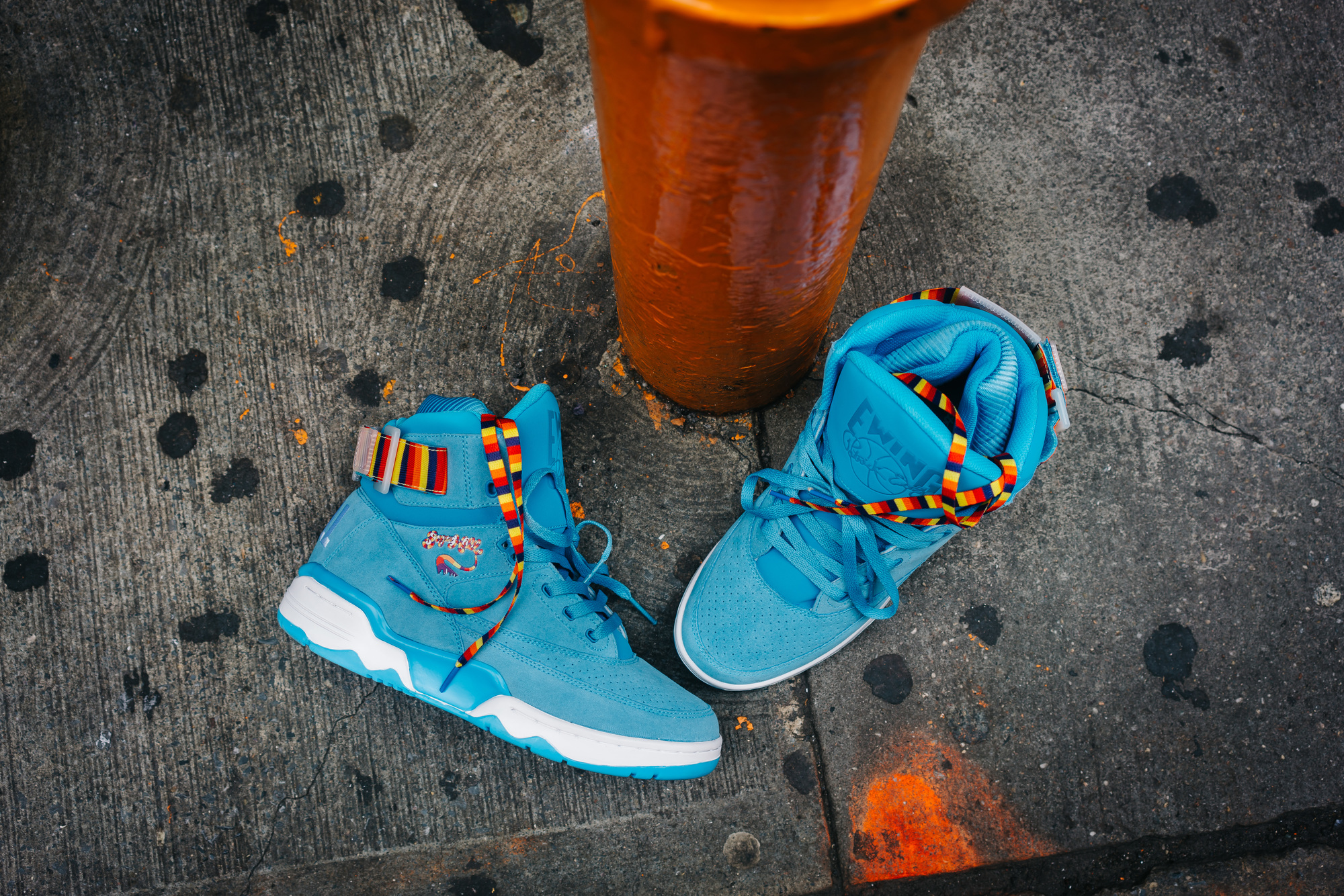 In an homage to Sugar Hill Records’ classic logo and the vibrant colors used on the company’s 12-inch vinyl records, Ewing Athletics has dressed the 33 Hi (Patrick Ewing’s fan-favorite sneaker) in a premium Powder Blue suede upper. A rainbow heel strap is accented by the rainbow logos at the side panels. For even more flair, a second set of rainbow laces come in the special box, which is modeled after the vinyl cover.

The Sugar Hill Records x Ewing 33 Hi is available now at EwingAthletics.com for $140 in sizes 5-16.

Let us know what you think about Ewing’s latest collaboration for the culture in the comments below. What do you think Ewing will do next? 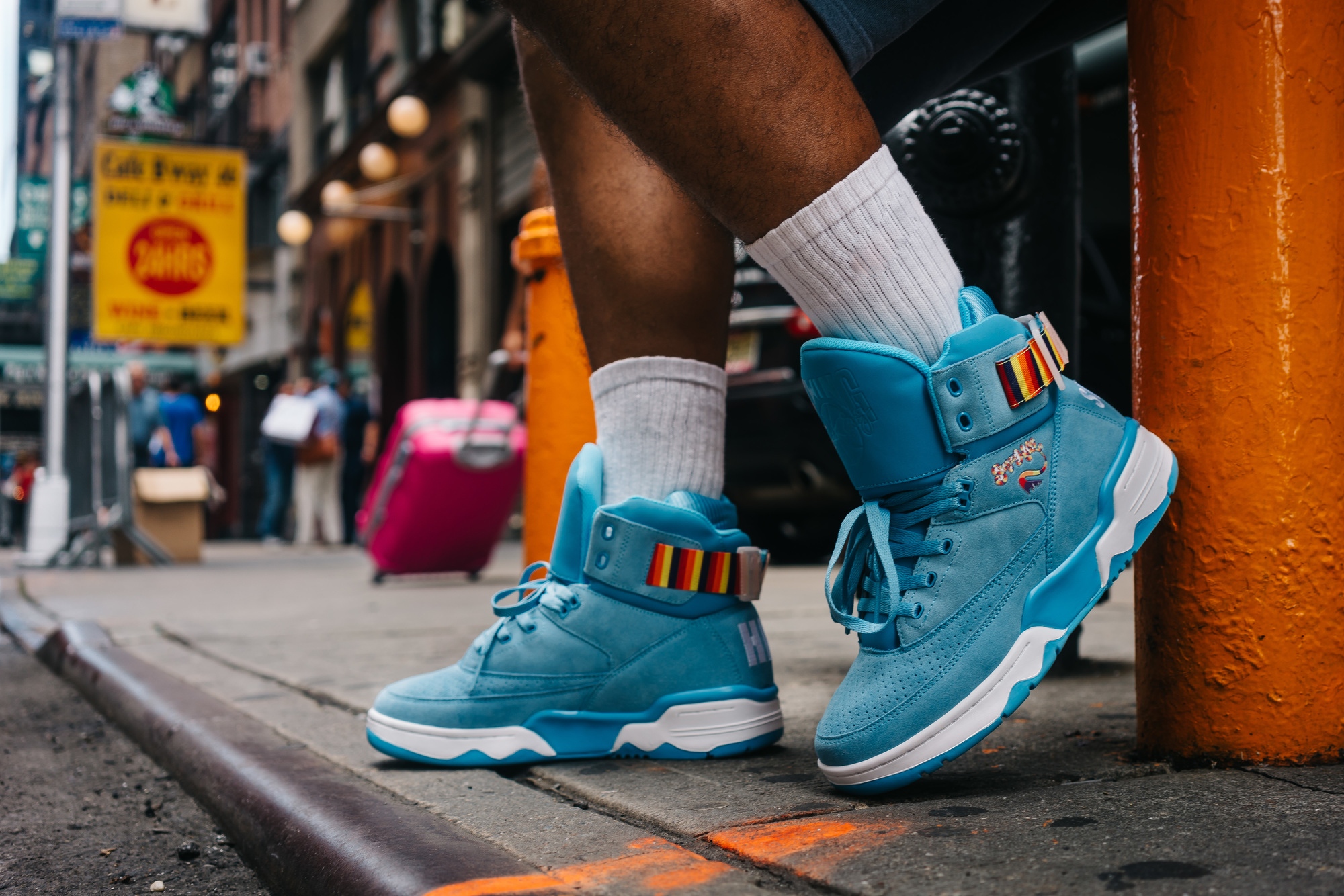 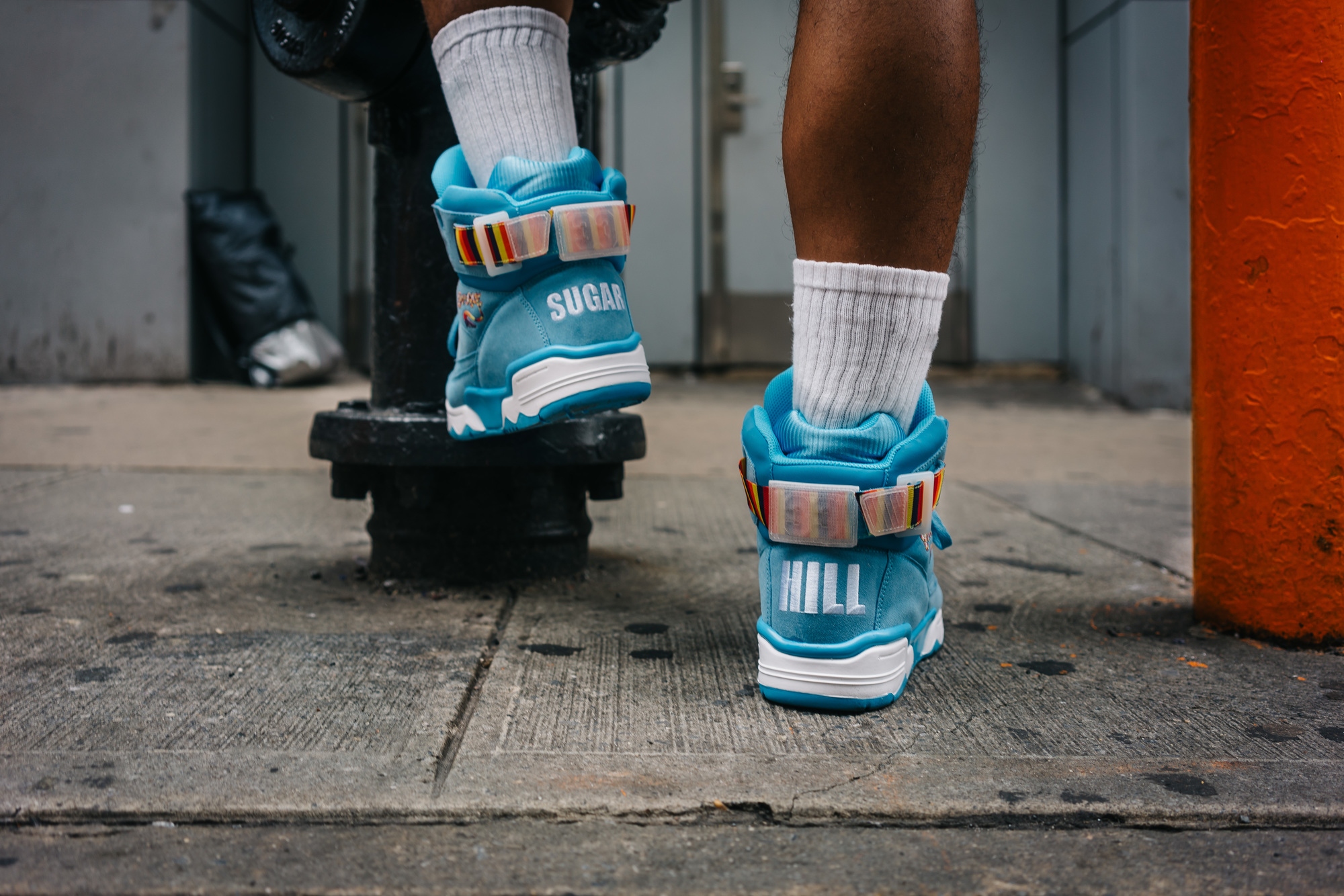 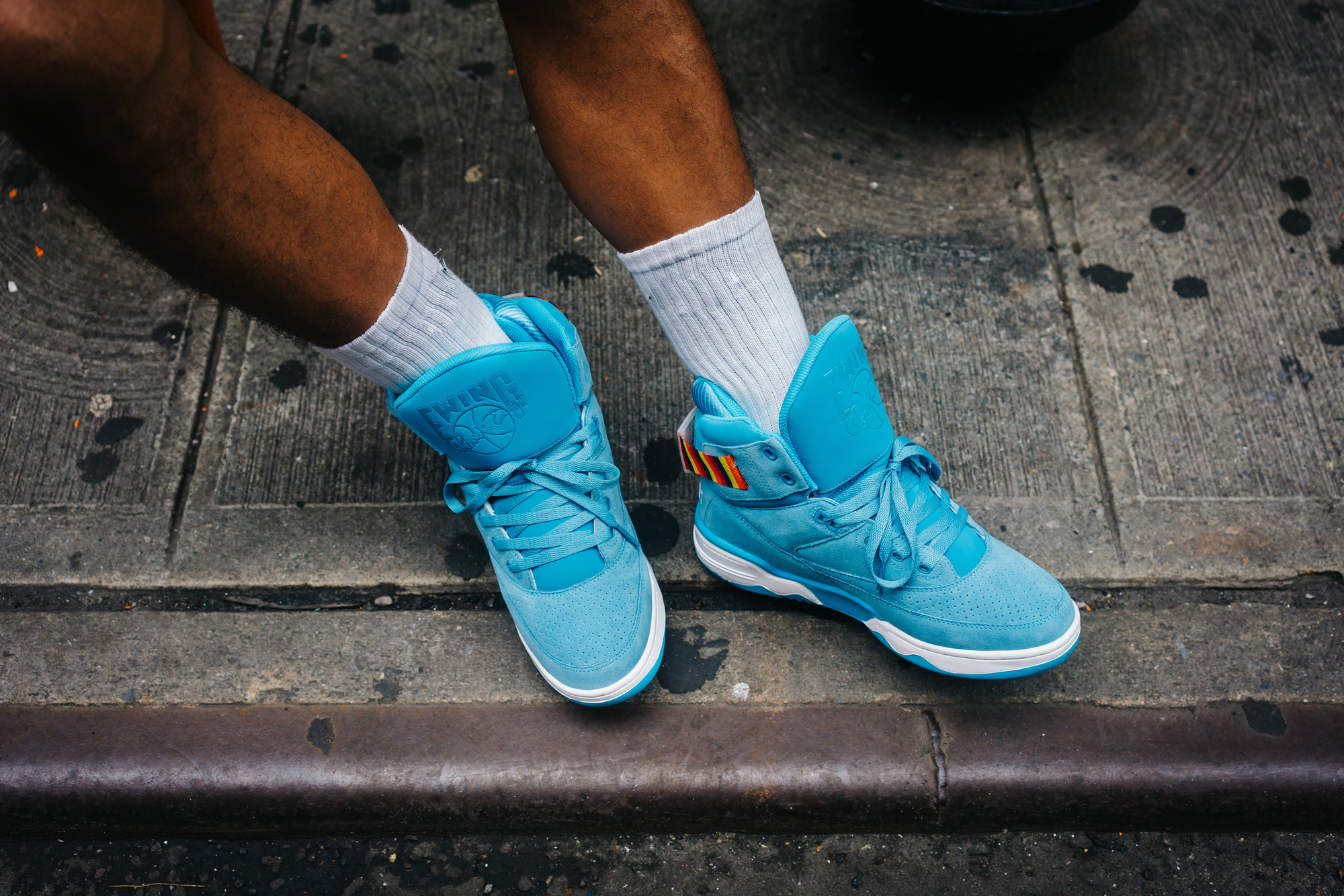 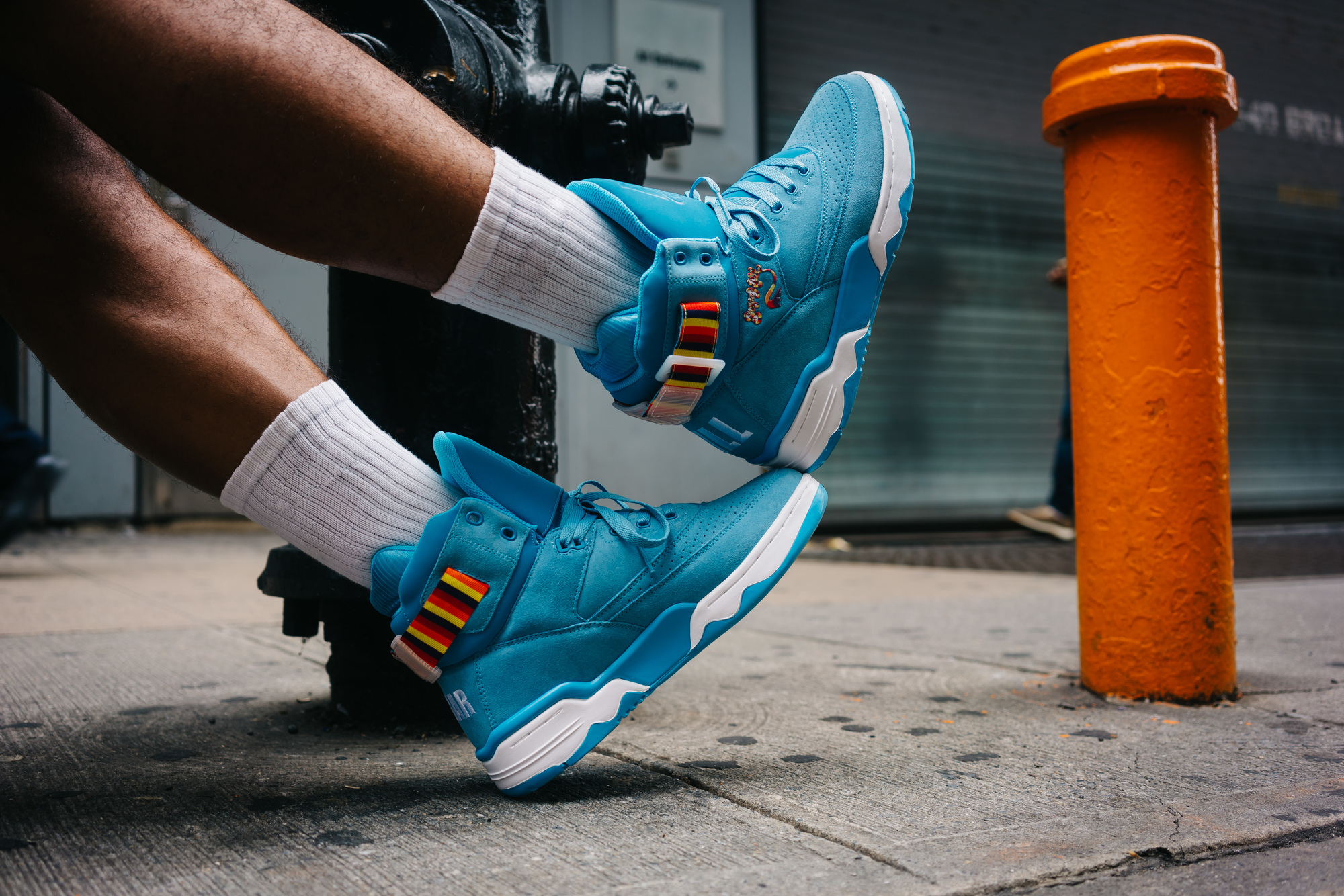