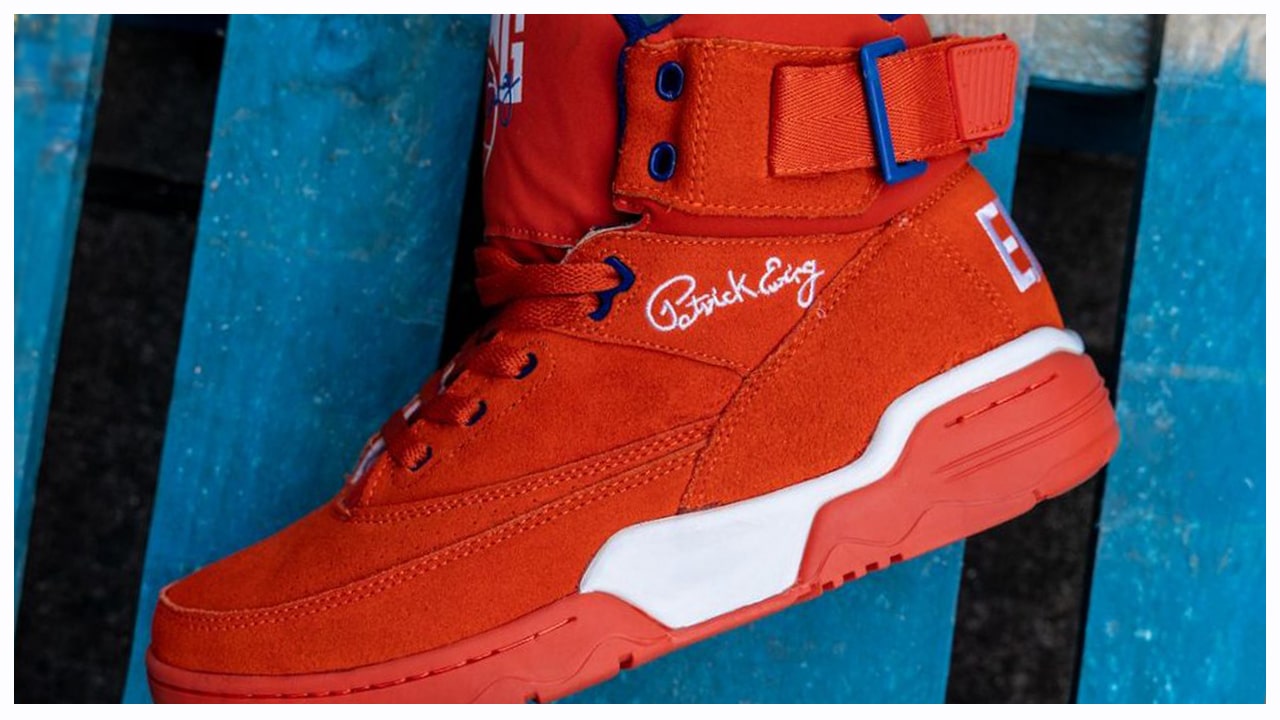 Back in 1989, there was a scowling, braced-up, travelling-across-the-lane center in NYC named Ewing. This man had a “signature” shoe with Nike in college (yes, the Terminator was meant for him) and wore adidas his first few years in the league, Then, he got smart and released his own brand, and his own shoe, in 1989 – the Ewing Hi. 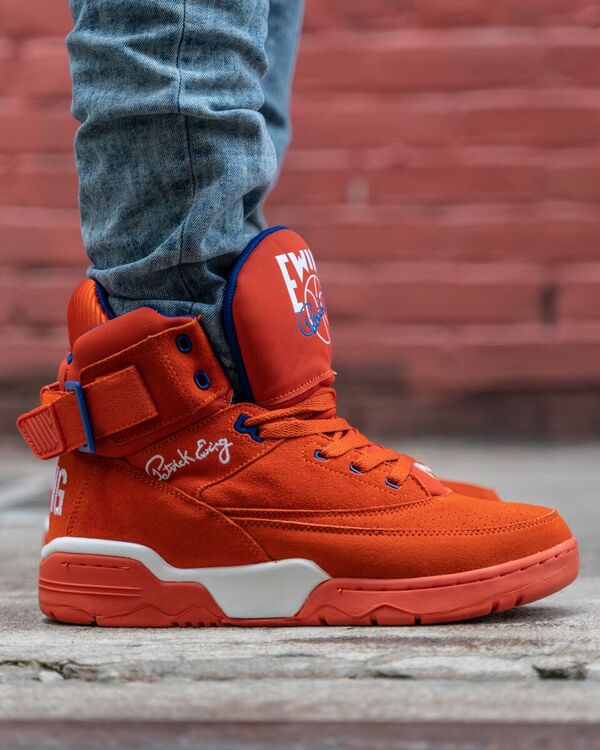 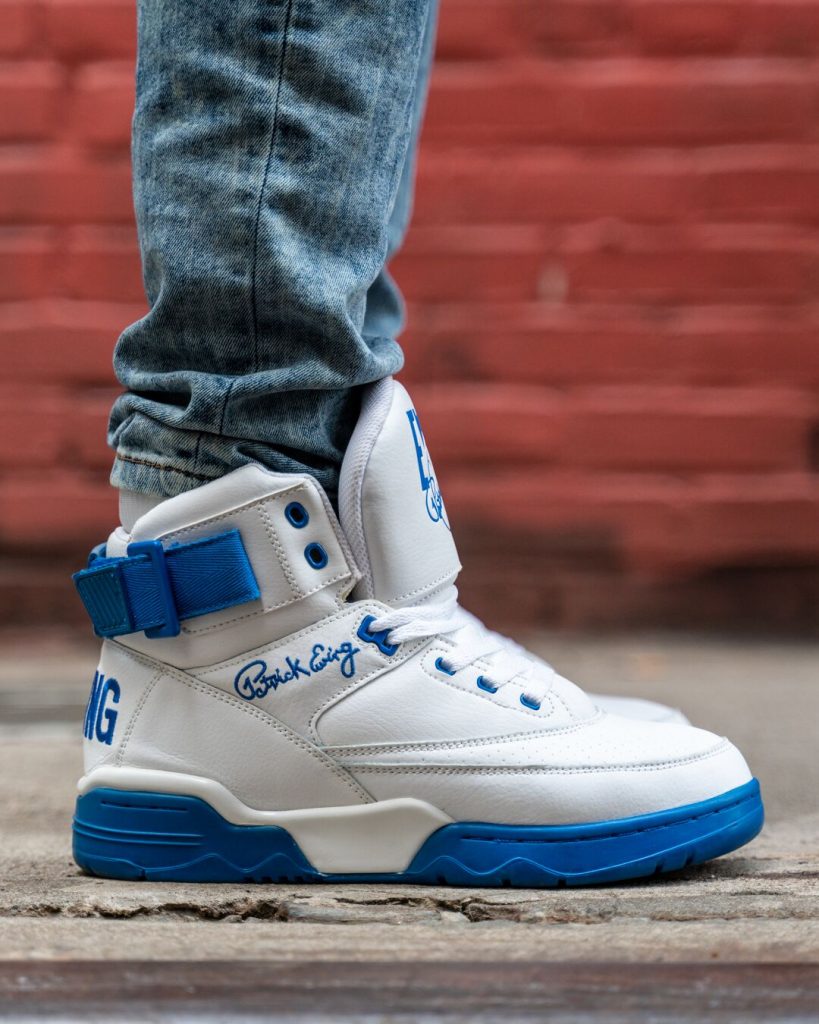 Looking like a basketball boot, the Ewing was a thickly padded, thickly cushioned shoe meant for the post, where men played and boys cried. These are battle shoes, meant for blood and sweat, and no one sweated more than big Pat.

The shoes sold great and even had a line in an Ice Cube song (there goes the neighborhood!), but the mid-90’s were not kind to the brand and eventually Pat went back to Nike to end his career. But like the rest of the 1980’s, the brand made a return in 2012. Some said the bulky style would never sell, but here we are in 2019 and they are still dropping models – the latest being the Ewing 33 Hi, the same model Pat in 1989. Also dropping is an orange suede version paying homage to the Knicks colors and looking good doing it.

Both colors are available now at Ewingathletics.com for $120 each in sizes 5-16. Let us know below – does the Ewing fit the new/old bulky sneaker trend? I’m personally digging the white/royal, so those will find my feet asap. 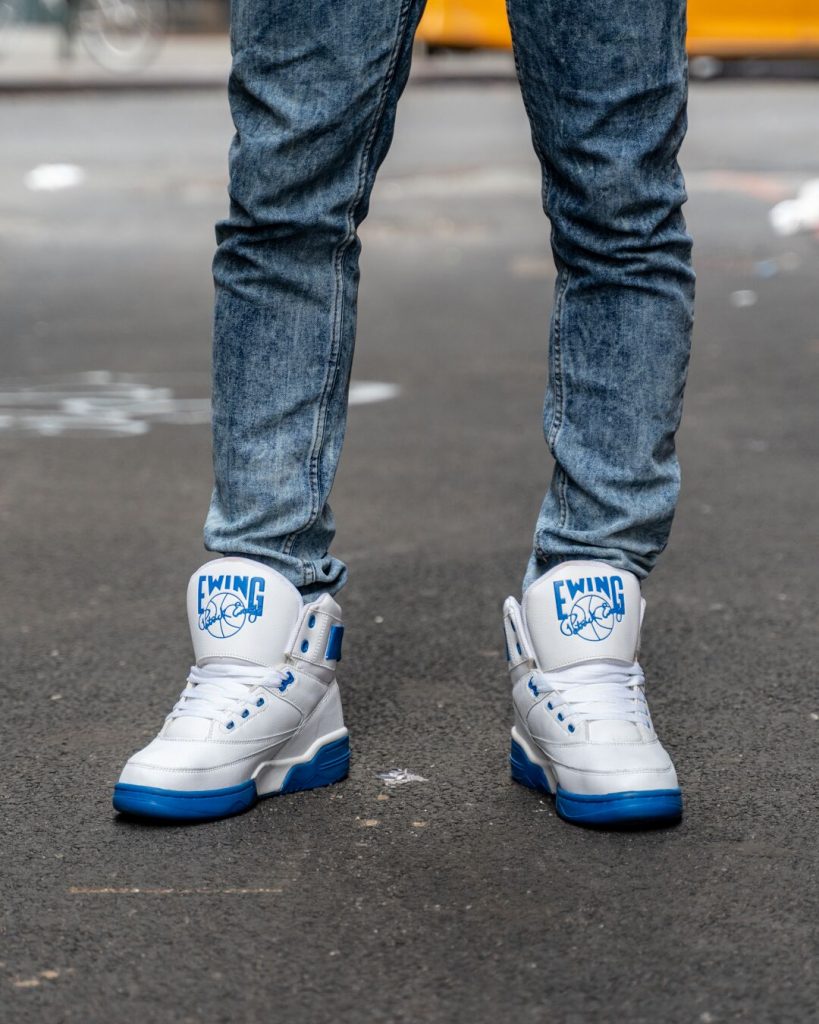 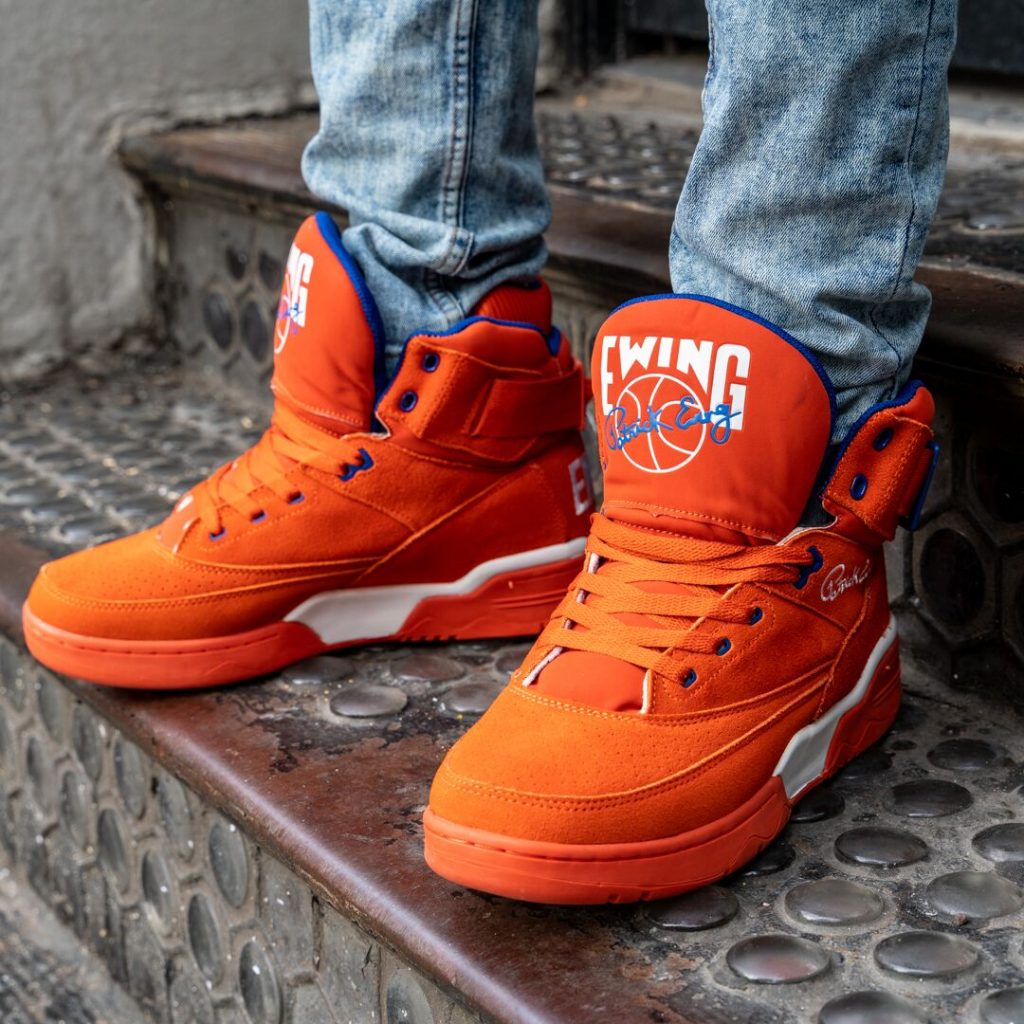 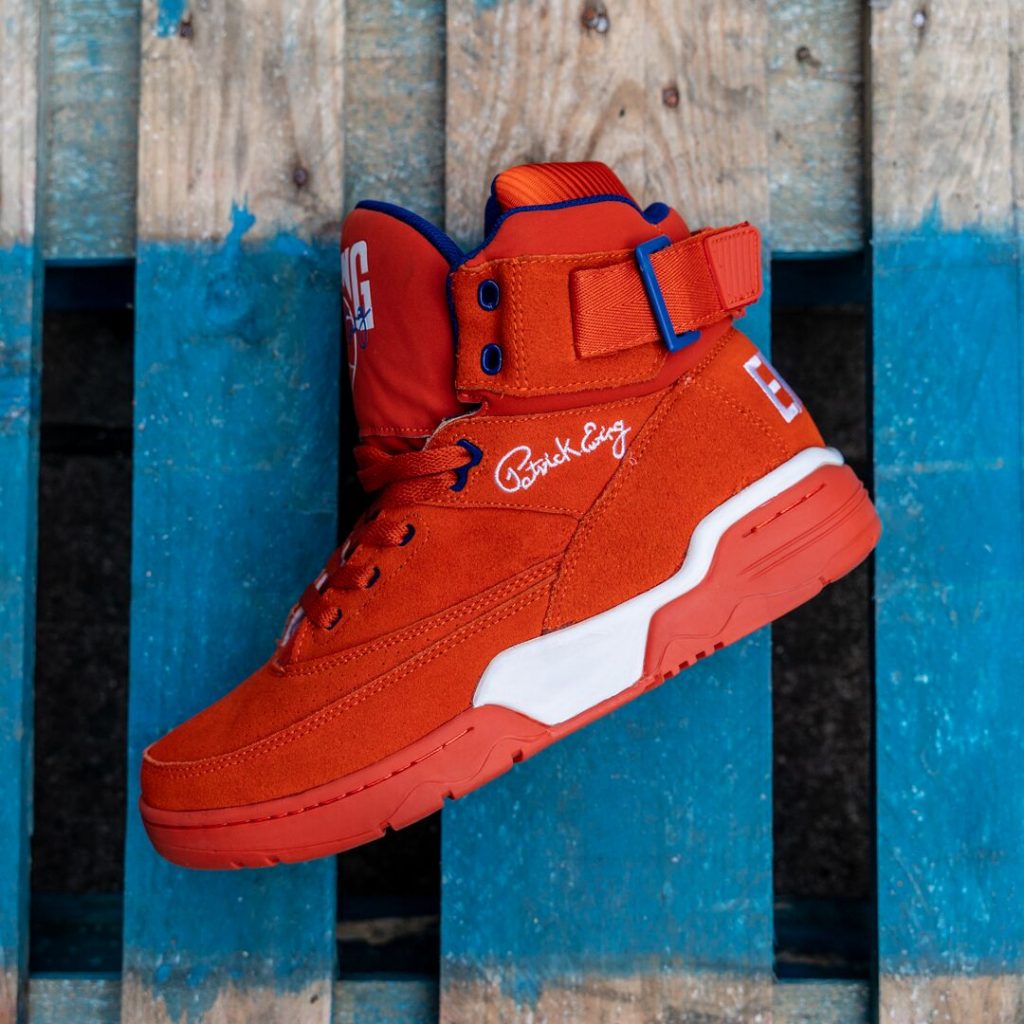