3rd time is a charm… 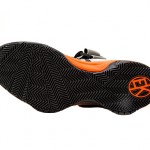 Traction – Ektio hasn’t strayed far from where they started as they still utilize full length herringbone along the outsole. No frills or thrills, just traction that works. The only real changed are the addition of some extra flex grooves and multidirectional coverage. Worked fantastic on any and all courts, including outdoors. Telling stories is nice and all… but when we’re talking performance… proven in best and thats what this is. 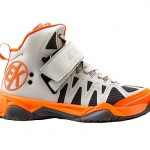 Cushion – The cushion was a slight downgrade from last year. They added an ortholite insole for some step-in comfort, but the foam used is pretty dense in comparison to the Breakaway. It wasn’t a deal breaker during most on-court time, but there were certain movements where my old a** really could’ve used some extra cushion. You young guns will likely be fine for now, but an insole is recommended. 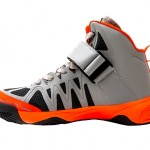 Materials – Fuse is used once again, but this years version is better quality. You’ll get a longer life out of this new model than some had in the Breakaway, yet you’ll still receive a nice fitting shoe that required little to no break-in time. There is enough mesh to allow air-flow and heat to escape but not so much that you lose support or structure. Great combination of materials used and in a much more streamlined manner. 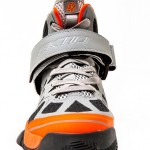 Fit – They fit true to size, but when I first tried them on they felt almost as if they were a little short. I think that was due to the secure fit, the last seems to have been slimmed down for a greater one to one fit. I didn’t have any issues after I started playing in them and they feel/ fit better with every wear. Wide footers may want to consider going up 1/2 size, the ankle straps will keep you secure so even if you have to go up in size… lockdown shouldn’t be affected in a negative way. 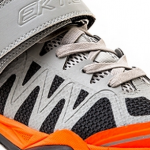 Ventilation – It’s above average. Nothing to complain about at all and I’ve been playing in some horribly ventilated shoes as of late so these were like a breath of fresh air… pun intended. 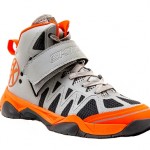 Support – I feel like I say this every time I review an Ektio model, but it’s true. Best support you can get from a shoe currently on the market… hands down. The dual ankle straps keep you locked in tightly and secure, however, no pain or loss of range of motion will occur. Then you have the snug and secure fit only furthering the support you receive. Take in to consideration the heel and forefoot bumpers – which have been streamlined since we last saw them – to help prevent complete rollovers and you have one hell of a hoop shoe built to prevent ankle injuries. 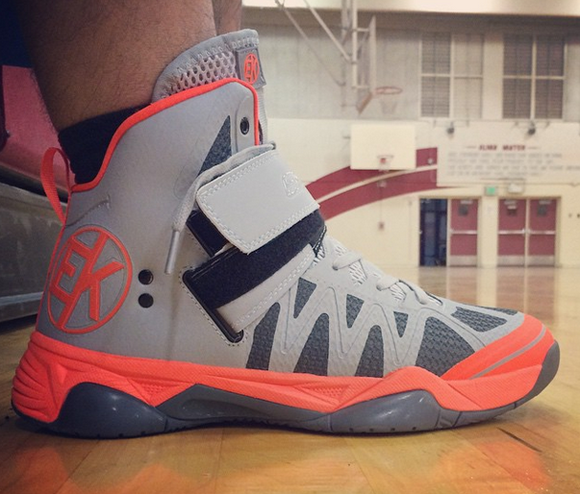 Overall – They still aren’t great to look at, but the Ektio Alexio is a beast on-court. The cushion could’ve been better, but an insole will fix that right up. I’d rather place an insole in a shoe like this than buy a shoe featuring a cushioning system I usually like only to not feel the cushion at all which leads me to replace the insole anyway… *cough* rectangle Zoom *cough*. These are tools that perform, they’re not intended to look great with your jeans or even with your uniform. It’s a simple concept, prevent ankle injuries while still performing at a high level. If you ever have the chance to try out a pair, I’d recommend it… you’ll thank me later. And yes, I’ve ran into a handful of people at random gyms while they wore the Ektio Breakaway and literally thanked me because they love the shoe… hopefully they like these just as much.

If you’re interested in trying out a pair, the only place you can get them (that I know of) at the moment is Ektio.com. 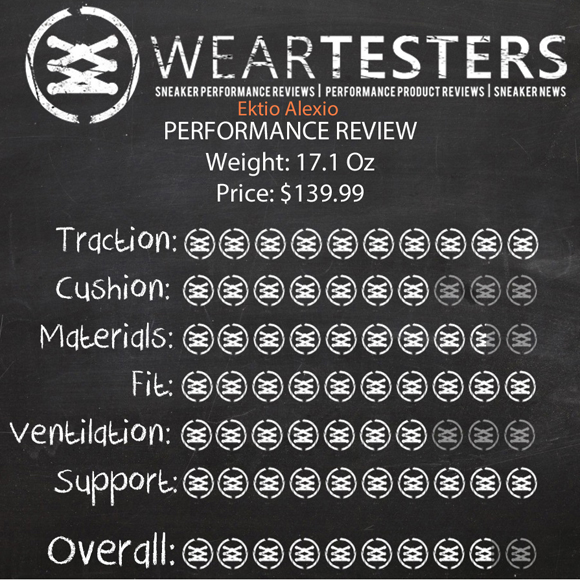