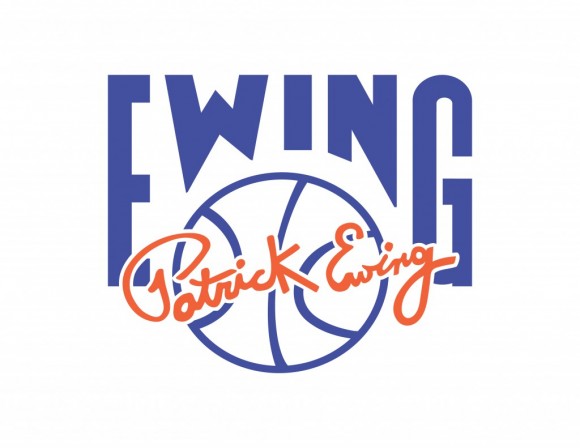 There are many stories that go around the Internet about how Ewing Athletics came back, who’s involved, and whether it’s genuine or not. SLAM just did a piece on the Ewing story, a feature about David Goldberg, the man that successfully brought Ewing Athletics back. Here it is.

Over the past few years, Ewing Athletics—the sneaker company of a certain legendary Knicks big man—has returned with a bang.

David Goldberg still remembers all the eyes staring at him, wondering what in the hell he was doing with a duffel bag full of shoes. Not the kind of thing you see very often during dinnertime in the lobby restaurant of the midtown Manhattan Four Seasons Hotel, but exactly the kind of token Goldberg thought was necessary to accomplish what he was there to do.

After all, for years Patrick Ewing had been resisting overtures to re-launch Ewing Athletics. The brand that he created in the early ’90s (becoming the first athlete to do so; Air Jordans were still a part of Nike back then), and which at one point was netting around $100 million a year in gross revenue before it was shut down in 1996, had morphed into a sort of dream project for myriad sneaker executives around the country. Everyone wanted a shot at the gold mine.

But Ewing and his agent, David Falk, kept saying no. The two were unhappy with how things went down the first time around. Ewing uses the word “shady” when talking about it. He and Falk were timid about giving the brand a second go.

“We were approached by about four or five different groups over the years,” says Falk. “I only wanted to move ahead if I felt we could do it well, and how we wanted. We weren’t going to go forward just so we could help a young entrepreneur.”

Goldberg knew all this, but also knew that he was different. For one, he had grown up on Long Island rooting for the Ewing and the Knicks. He was a die-hard. His dad had season tickets. He had been collecting sneakers since he was 8 years old. Ewing was his favorite player. He knew everything about him and had been amassing Ewing memorabilia for years.

Goldberg didn’t seek out the opportunity to re-launch Ewing Athletics. It found him.

A friend of his, a fellow sneakerhead, got wind that Mike Packer, a veteran of the shoe industry and owner of Packer Shoes, was interested in bringing Ewing Athletics back. At the time, Goldberg was helping run the Newark, NJ-based hotels his family owned. “You’re the perfect guy for this,” the friend told him. “You should see if you could get involved.”

Packer had a business plan ready. He had a pitch, too. What he needed was some more money, but also, and perhaps more importantly, a person to run the day-to-day business. Goldberg, with his New York background and knowledge of Ewing and sneakers, was the perfect fit.

“I wasn’t in the sneaker business, but the first time we met he could tell that I was a sneaker guy,” Goldberg says. “To this day Mike will call me to pick my brain, to ask me a question like, What year did a guy wear a shoe?”

It took some pressing, but soon after that Goldberg and Packer were sitting in the Four Seasons Hotel pitching Ewing and Falk. That duffel bag was full of Goldberg’s Ewing sneakers collection. Some fell apart as he took them out. Nerves caused him to fumble a few shoes around. Falk did most of the talking. Ewing barely looked up from his phone. He kept a straight face the entire time. After a few drinks the meeting was over.

As Goldberg exited the hotel and walked into the New York night, duffel bag full of Ewing shoes in hand, he felt his shoulder drop, his head fall. His shot at the dream job had come and gone, in just one breath.

But then one day Goldberg’s phone rang. It turned out Ewing had just been using a poker face. That cold shoulder was a tool, one that he brought out during business meetings to feel out the men sitting across from him.

Patrick, David was told, loved what he had heard. The Ewing Athletics re-launch was a go.

“I was just looking for someone I could trust,” Ewing says. “David was sincere and I liked all the ideas he had and how he wanted to build the brand slow.”

The Ewing Athletics headquarters is impossible to spot without being told where to go. It’s just another office tucked away on an industrial patch full of them in Englewood, NJ, an affluent city just a few miles from the Hudson River. The street is quiet and nondescript. The office building is gray and Ewing Athletics’ windows are tinted. There are parked trucks everywhere.

Inside, though—well, Patrick’s own house might not have this much Ewing gear lying around. White shelves full of seemingly every Ewing sneaker ever made line the walls. Many of them are Knicks blue and orange or solid white. There’s also a red, white and blue sneaker in honor of the Dream Team and a green and yellow one, the color of Ewing’s native Jamaican flag. One pair pays homage to the 1985 NBA Draft, when the Knicks selected Ewing with the first overall pick. Hanging near the shoes are framed Ewing posters. In the closet you can find a bunch of PE jerseys from all his different basketball stops. A life-size Fathead of the Hall-of-Fame center greets entrants as they walk in.

Goldberg is sitting at his desk and answering questions about himself and his brand. The 34-year-old is built like someone who lifts weights and has a shaved head and perfectly trimmed dark beard. He’s wearing a red Ewing Athletics t-shirt. Tattoo ink is peaking out from under his sleeves. A pair of baby-sized Ewing sneakers sits on his desk.

Both he and Ewing Athletics have come a long way since August 2012, when the rebooted version of the brand put out its first shoe, the Georgetown-blue-and-white 33 Hi Retro. It was sold in just six New York area stores. Ewing and Goldberg visited all of them. At each location they were greeted by a line of fans snaking around the corner, waiting to get inside. A month later, Ewing Athletics went national. Then, eventually, international. Today Golbderg says the brand is selling shoes in about 12 different countries. And yet, what’s made Ewing Athletics successful is its insistence on building slowly and staying true to its roots.

“One of the reasons they failed in the ’90s was because they started making running shoes, hiking boots, stuff like that,” Goldberg says. “We realized that our product is retro basketball shoes. That’s what we are. We’re not trying to be anything else. We make our retro shoes exactly as they were back in the day. We’re not trying to modernize anything or make them high tech. If you don’t like it, then you don’t like Ewing Athletics.”

Every Ewing Athletics reboot starts with an original shoe. If neither he nor Ewing own the version they want to make, Goldberg will scour the Internet in search of one. Once he paid $1,000 on eBay for a game-worn pair (“Sometimes I’m like, Damn, he can find anything,” Ewing says). The shoe is then shipped to a factory in China, where it is unstitched and put back together. Only then is a blueprint made up.

What’s surprised Goldberg, though, and everyone else involved, is how popular the shoes have been outside of his hometown. “I thought New York would be our biggest market, by far,” he says. “I thought all our fans would be guys who grew up watching Ewing and the Knicks play.”

Most of the shoes Ewing Athletics put out following the re-launch came in Knicks colors. The plan was to target that fan base. Then the brand began to notice a change: Those shoes were selling as well as the non-Knicks versions.

“[Ewing Athletics] kind of transcended things a bit,” Goldberg says. “Places like Atlanta and DC and other cities along the East Coast became huge markets for us. Stores started telling us that most of the people buying the shoes were kids ages 16-22, people who never saw Patrick play.”

“We’ve never done a focus group or anything like that on it,” says Falk, “but I think a major reason for that is Patrick’s credibility. Patrick has this unique appeal worldwide and the brand was able to capture that.”

It’s not just kids who are swarming stores in order to snag a pair. Ewing, now 52 and an assistant coach for the Charlotte Hornets, says opposing players are constantly coming up to him to ask for a pair, many of them men he barely knows. Goldberg says it’s not uncommon for him to receive a text message from Ewing about 30 minutes before tip-off of a Hornets game containing the name of a player and a mailing address.

As for the players on his own team, Ewing says they can often be found in Ewing Athletics gear, too, but only when a certain former player-turned-owner isn’t around. “I’m not trying to get anyone in trouble,” he says with a laugh.

For his part, Ewing is thrilled with his signature brand. He’s also very involved. During the offseason he shows up at the office about once a week. Goldberg takes him through what’s being worked on and the two share ideas—that is, when they aren’t talking basketball and Goldberg isn’t pestering Ewing with questions or pleading with him to share stories from the past.

“He thinks I’m a little crazy sometimes,” Goldberg says. “I’m always asking him about those ’90s Knicks teams or telling him about what shoes he wore when. He doesn’t remember any of that stuff.”

There is, however, one thing that Ewing does remember.