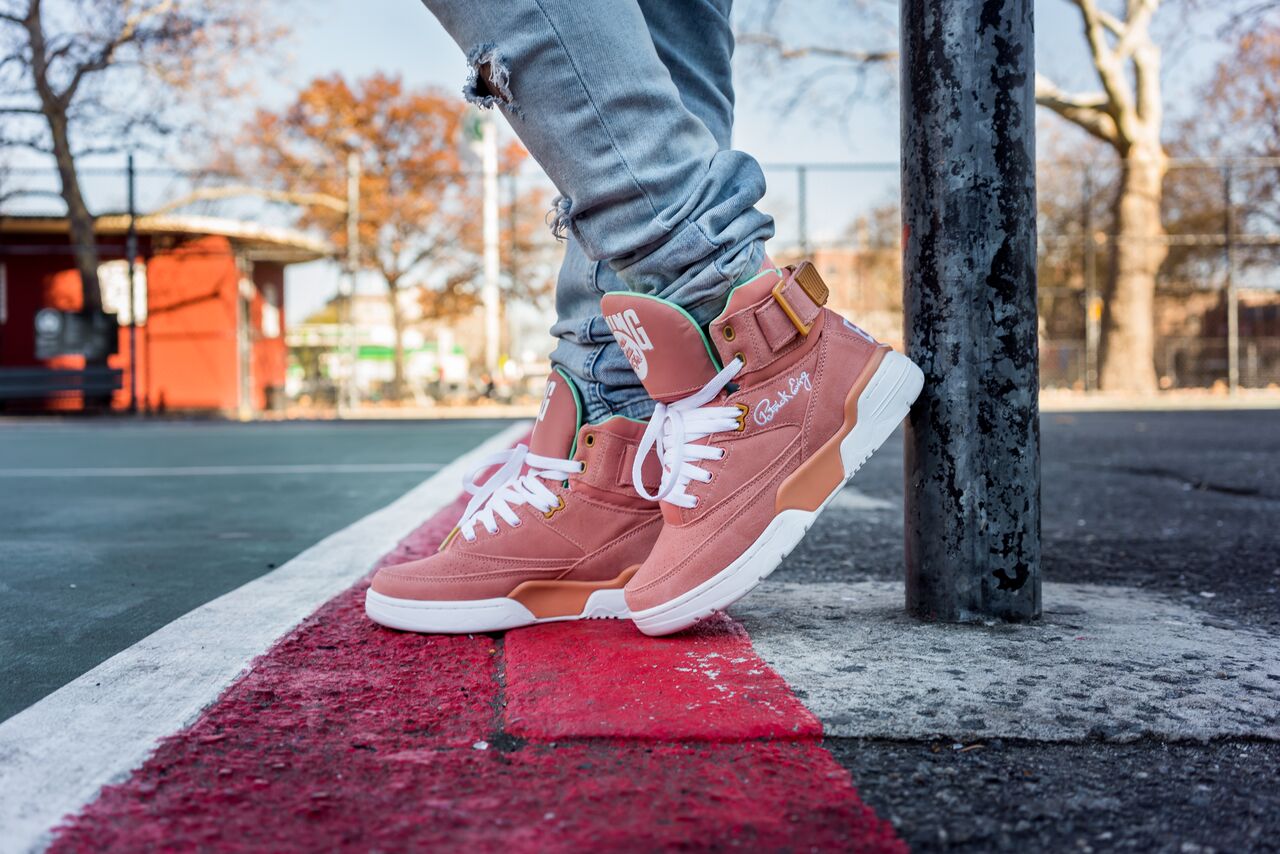 This morning, Ewing Athletics unveiled its newest collaboration: a 33 Hi created by Premium Pete and Bun B for their joint venture YouGottaEatThis.

For years, legendary rapper Bun B and podcast host Premium Pete have been fostering an online community of food enthusiasts with YouGottaEatThis. Their page (and hashtag) is home to some of the best food on the ‘net — incredible burgers, 32 oz. Wagyu bone-in ribeye, pizza from every city, Philly cheese steaks, Grillos Pickles, cinnamon roll pancakes, and all manner of luxurious seafood.

Inspired by their love of sushi, the duo has unveiled the YouGottaEatThis sneaker ahead of the Htown Sneaker Summit in Houston, Texas, where their collab will see a limited release prior to its official launch at the top of 2018. If you’ll be at the summit on Sunday, find Pete and Bun — the sneaker is $140.

I caught up with Premium Pete to learn about what went into making this sneaker, how he and Bun B arrived at its design, and what’s going down in Houston this weekend. Enjoy. 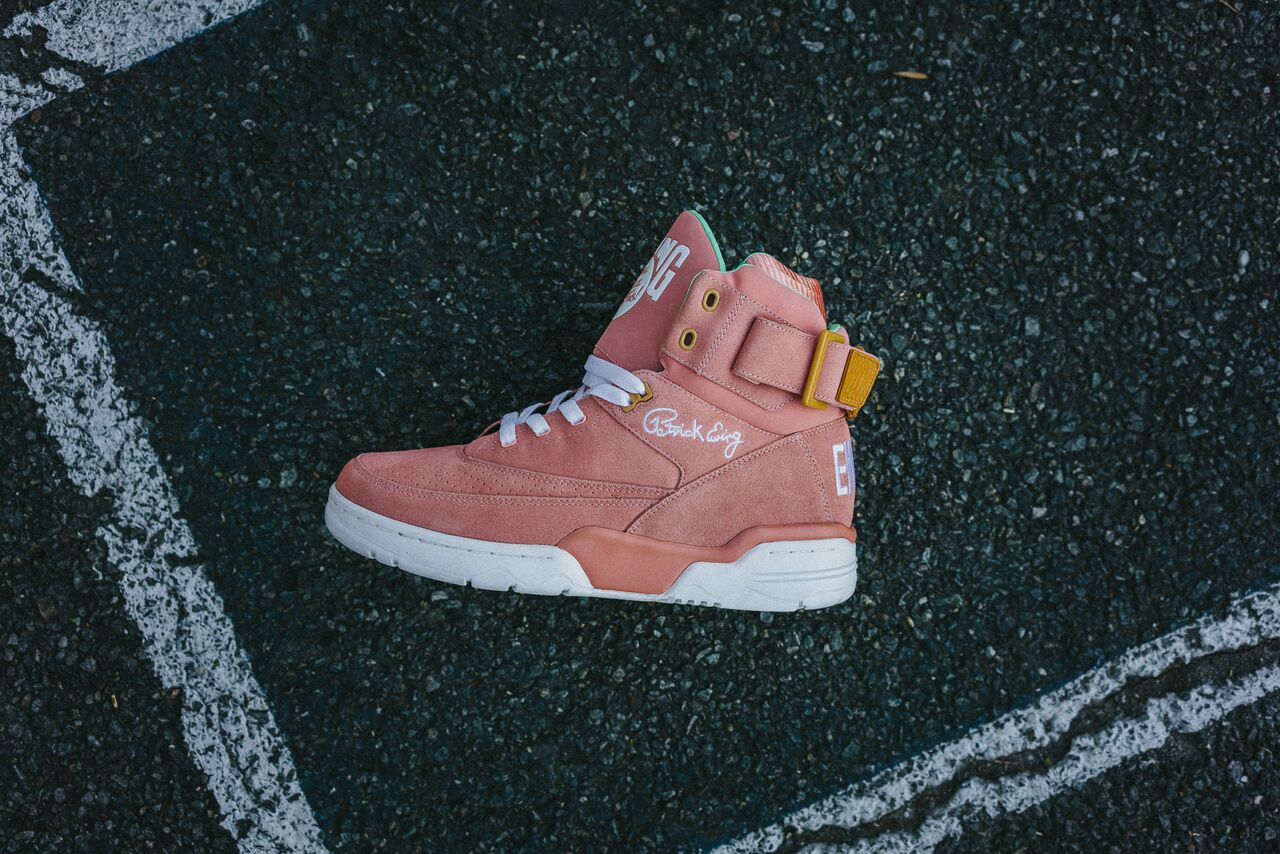 Yes, that’s on December 2, before the Summit. I’m bringing out Bun, some heavy hitters, movers and shakers. Every city I stop in I try and bring multiple people out, whether that be a chef, an artist, an athlete, an entrepreneur — I’ve been able to do that in a lot of places. In New York I brought out Prodigy, rest in peace, Just Blaze, Sean Price’s wife, April Walker, Chris Morrow.

How’d y’all decide on the sushi theme for the shoe?

I’ve been somewhat of a consultant for Ewing, like a freelancer — I try and work different projects. Ewing is a classic shoe, and [the brand] is able to things with Jeff Staple, with Rick Ross, with Mikey Likes It Ice Cream.

I didn’t want to do a Premium Pete shoe, or a Bun B shoe, I wanted to do something that had storytelling, had a theme. We’re calling it the ‘Sushi’ ’cause it has a salmon/tuna pop to it. You’ve got the wasabi accents with the sockliner, the strap is influenced by chopsticks, and the white outsole is for the rice. 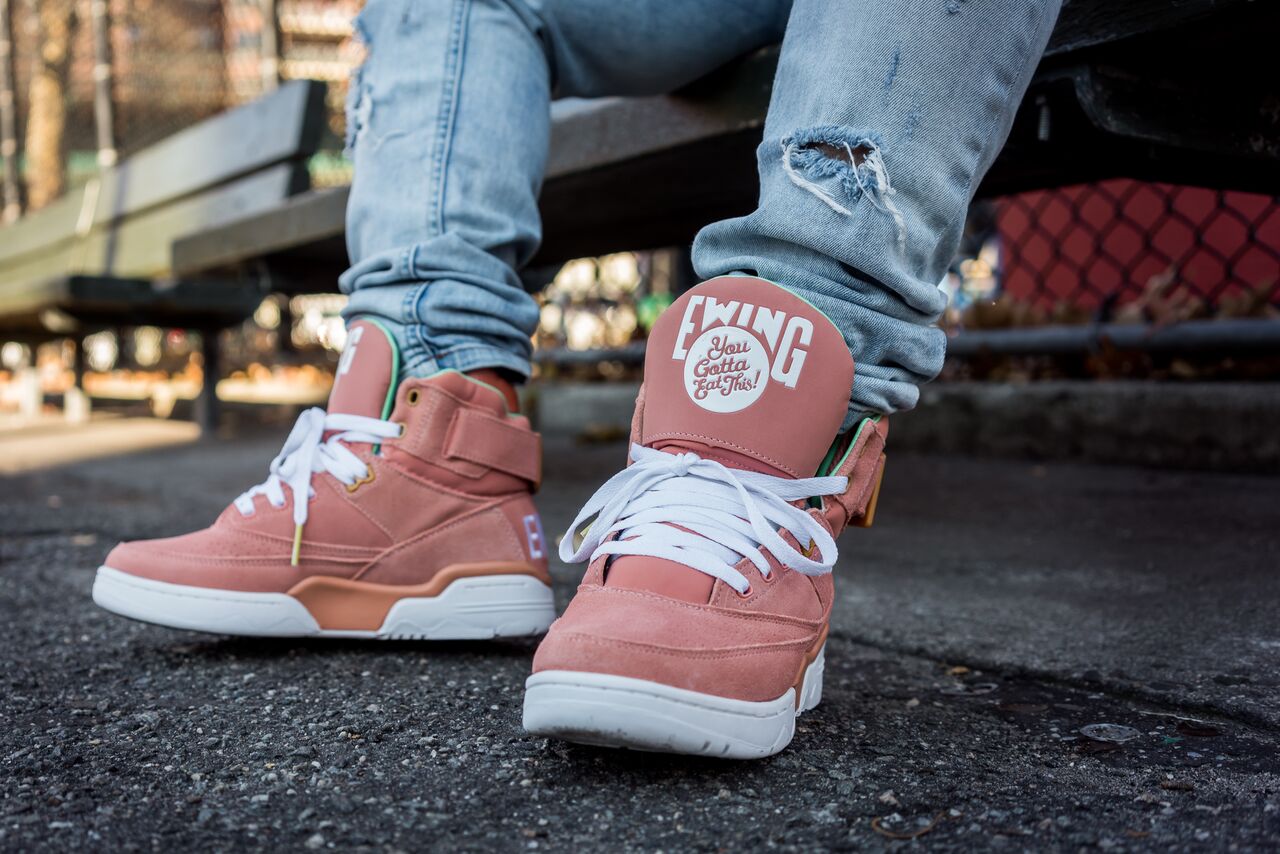 I wanted to do something different, and push a different type of thing — push the envelope. Like The Premium Pete Show, first of it’s kind, opened the doors for people to do things with WeWork. I’m on tour with WeWork — nobody’s done that before! I don’t think people understand the value of it until it opens doors for other people to do it. It isn’t just about me.

Same thing with the shoe. Me and Bun love sushi so we wanted to do a shoe that resembled our love for it.

How much input did you have in how the shoe was created? Did you and Bun sit down to cook?

There’s this kid named Will (@madebyill), he’s a designer. He’s the one that handled the graphics. So me, him, Bun, and David [the president of Ewing Athletics] went back and forth with Pantones — at first the shoe was all leather and I was like, “Nah I don’t want this.”

We were so into it that David was mailing samples of the suede out! We would be like, “Nah too dark” or whatever — he really helped out. Me and Bun were heavily involved and finally got it done. It’s something I’m really excited about.

Thank you for speaking with me Pete. Congratulations on the sneaker! 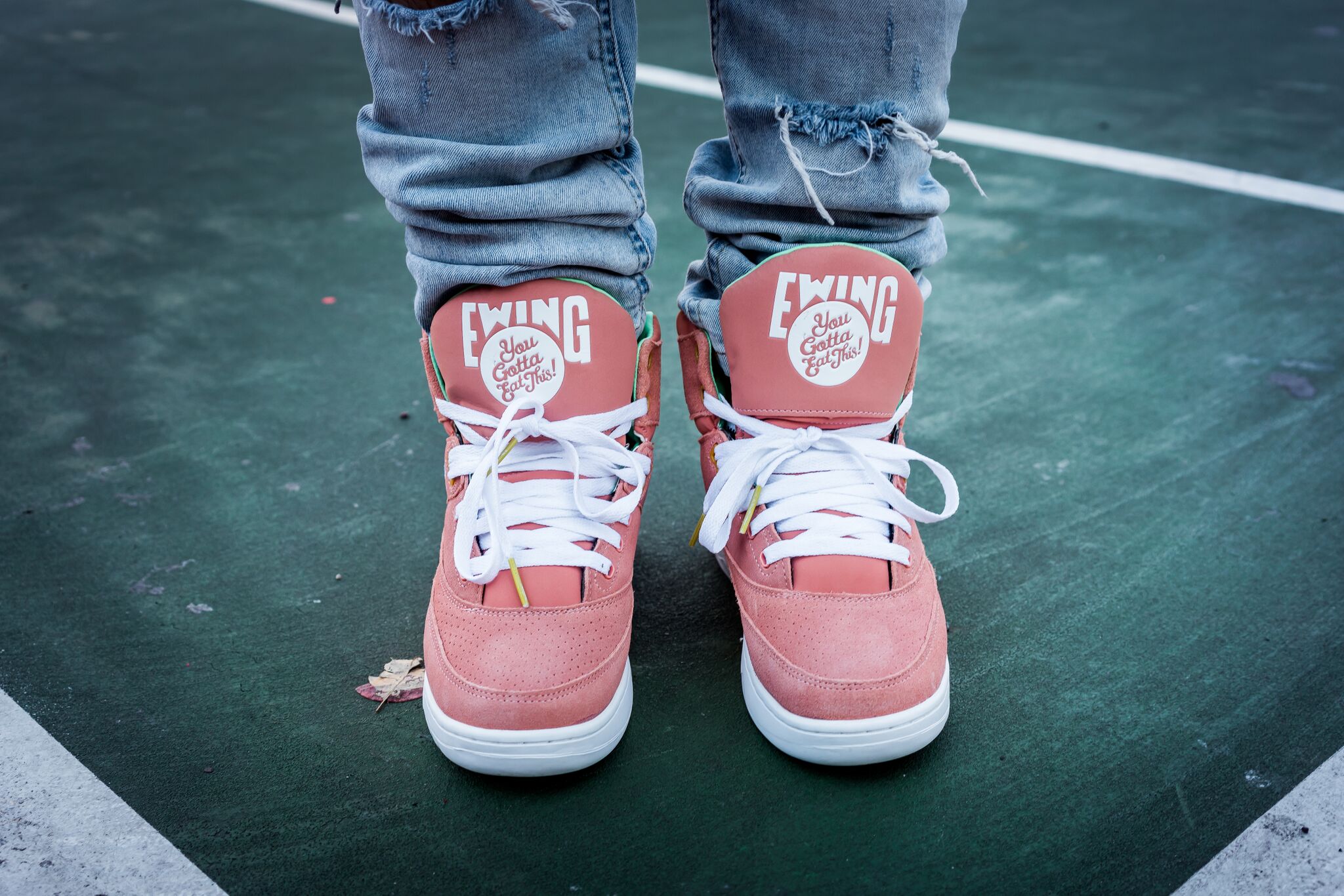 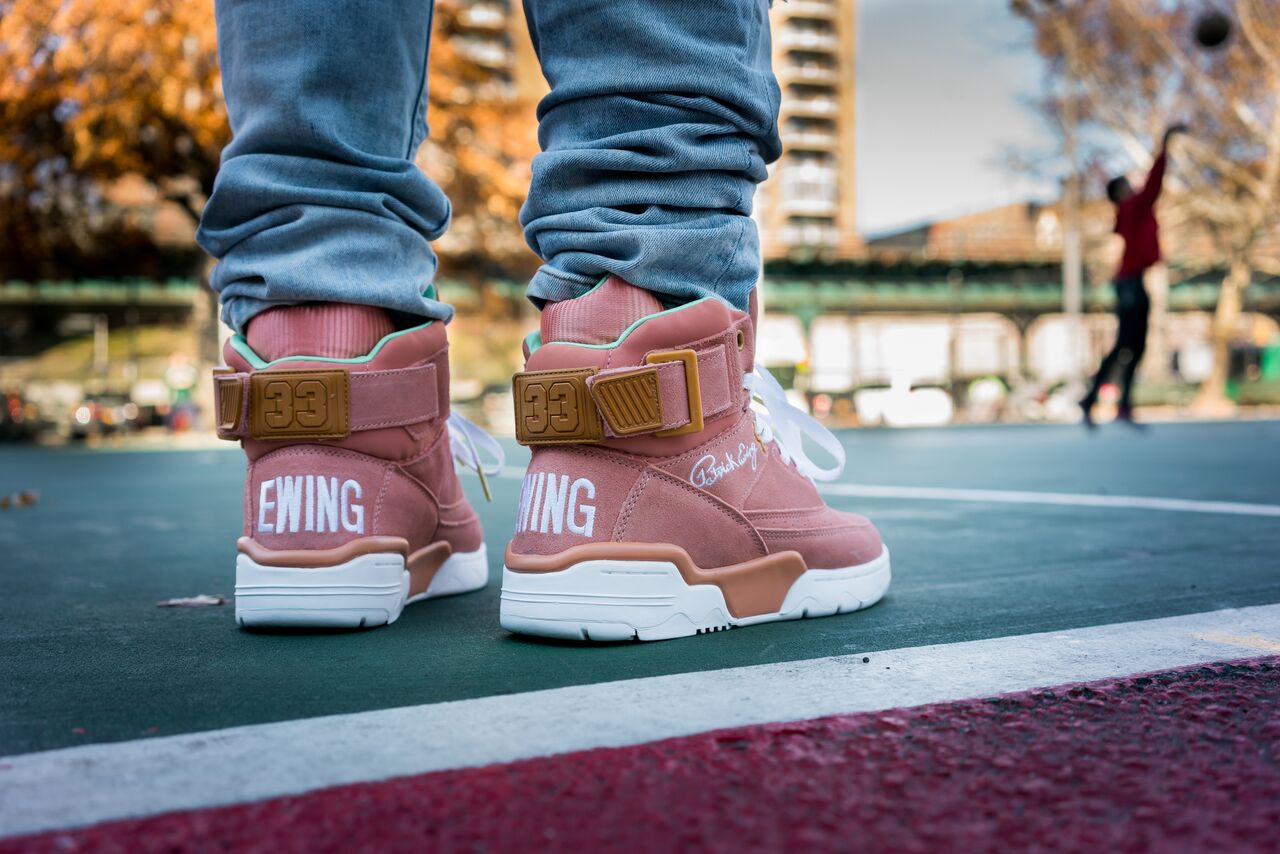