My current favorite hoop shoe of all time… 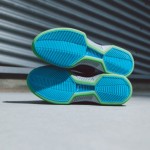 Traction – I thoroughly enjoyed the traction on the J Crossover II. The initial pairs I had tested would begin to fray after I played in them, but it seems as if they’ve completely fixed that issue as the retail pair I’ve been playing in hasn’t worn down along the outsole at all. Outdoor hoopers might not want to play in these, even thought the rubber is stronger, just because it didn’t grip as nicely as it had indoors. If dust was ever an issue, a simple wipe was all that was needed to get back on track. I’d actually wipe the soles across the woven upper, since it’s cloth, and that would clean the soles without me needing to touch them… which I found to be pretty convenient. 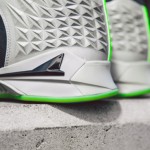 Cushion – Jetlon is back, and it’s better than what was used in the JC1. They’ve increased the amount of rubber used which not only provides you with more cushion, but it also delivers a bouncy responsiveness to them while in motion. It literally felt like I had full length Zoom units under my feet… or some Micro G… either way, I’m not complaining. Transition was super smooth and they even provide a cushioned sock liner/ insole that will mold to your foot nicely. With the additional rubber to the foam mix, you could potentially run into instability issues, but they’ve place support wings along the medial and lateral sides of the midsole to prevent that from happening. If you’re hesitant to try a foam for cushion… then you might want to reconsider. 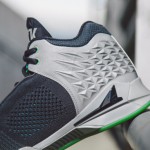 Materials – The heel portion utilizes a nice synthetic leather, much like the JC1 used along its entire upper. Then the entire shoe from midfoot to forefoot is completely woven. There were some issues with the woven material during wear testing the product prior to its current, and final, retail version, but adding some small amounts of glue tightens things up to the point where the Kobe 9 Elite should have been… somewhere between woven and rigid. I initially thought the Kobe 9 Elite used Fuse to back the knitted upper, but it was actually a ton of glue. The amount of glue used here is just enough, not too much… so you still feel as if you’re wearing something perfectly broken in without sacrificing any support. Being woven, long term durability may become an issue for some, but I haven’t experienced any issues at the moment. 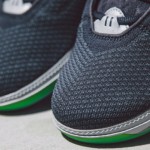 Fit – They fit true to size, and like other woven uppers, they’ll accommodate any foot shape/ width. Those with really narrow feet might want to try going 1/2 size down, but wide footers should be perfectly fine going true to size.

Lockdown was impressive as the midfoot enveloped your foot perfectly, and held it onto the footbed. The entire forefoot is free to move where you desire. Basically, you get great lockdown right where you need it, and complete mobility everywhere else… it’s a Guards dream. The heel, being the one part of the shoe constructed traditionally, locked your heel into place just as it should have and there were no issues present. Something that I enjoyed most was the fact that I could wear any sock with these without experiencing chaffing or hot spots. 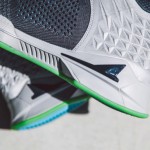 Support – The support is average. Not that average is bad… they have everything you need, and nothing you don’t. There is the traditional TPU heel counter, your lacing system works perfectly, a TPU shank for torsional support, and there is a small outrigger coupled with the slightly exaggerated midsole for increased stability. Everything put in place is there for a purpose, and will not hinder your movements at all. In my opinion, the biggest surprise was the woven upper… and I played in these long before I played in the XX9. It showed me what a woven upper was capable of, and I fell in love with it ever since.

Overall – There are multiple reasons why the BrandBlack J Crossover 2 is my new favorite shoe of all time… but they wouldn’t be held in such regard if they didn’t perform well. BrandBlack is a brand that wants to provide the best possible product to their consumers. It was evident the day they asked if I’d be interested in wear testing their products and providing input during the design/ manufacturing stage. Anything I had an issue with, they took note of and resolved. I know these are Jamal Crawford’s signature shoe, but I like to think of them as my signature shoe. They provided me with everything I want/ need… great traction, awesome cushion, materials are some of my favorite to play in, they fit me perfectly, and they have just enough support. These things are awesome, and I really hope that people try them out when they release.

Keep in mind, this is based on my personal experience, and I’m trying not to come off biased… even though I’m fully aware that I’m coming off that way. Just remember that there is no shoe meant for everyone… except the Hyperdunk. These will likely be less supportive for larger players than what a true big man might need, but smaller guys will likely enjoy the hell out of these. Expect these to release by February 2015, retail stays at $140, and they’ll be available at BrandBlack.com and Finish Line will carry BrandBlack in 2015 as well. 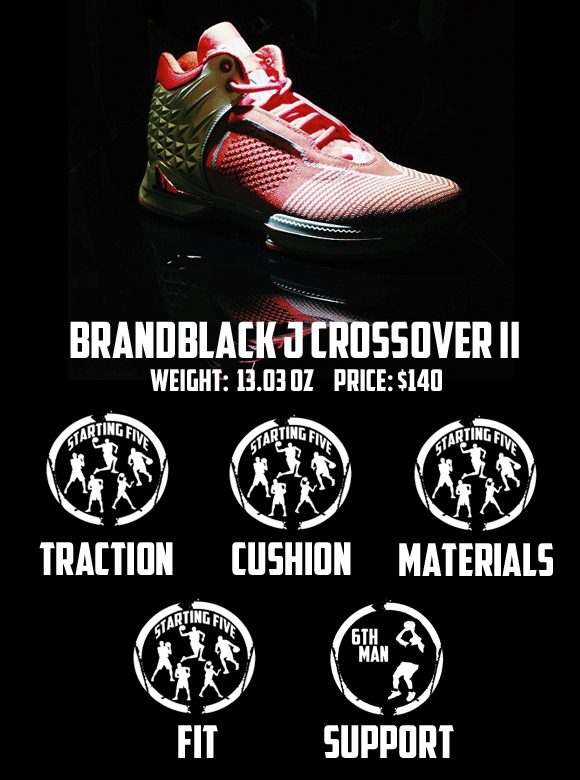