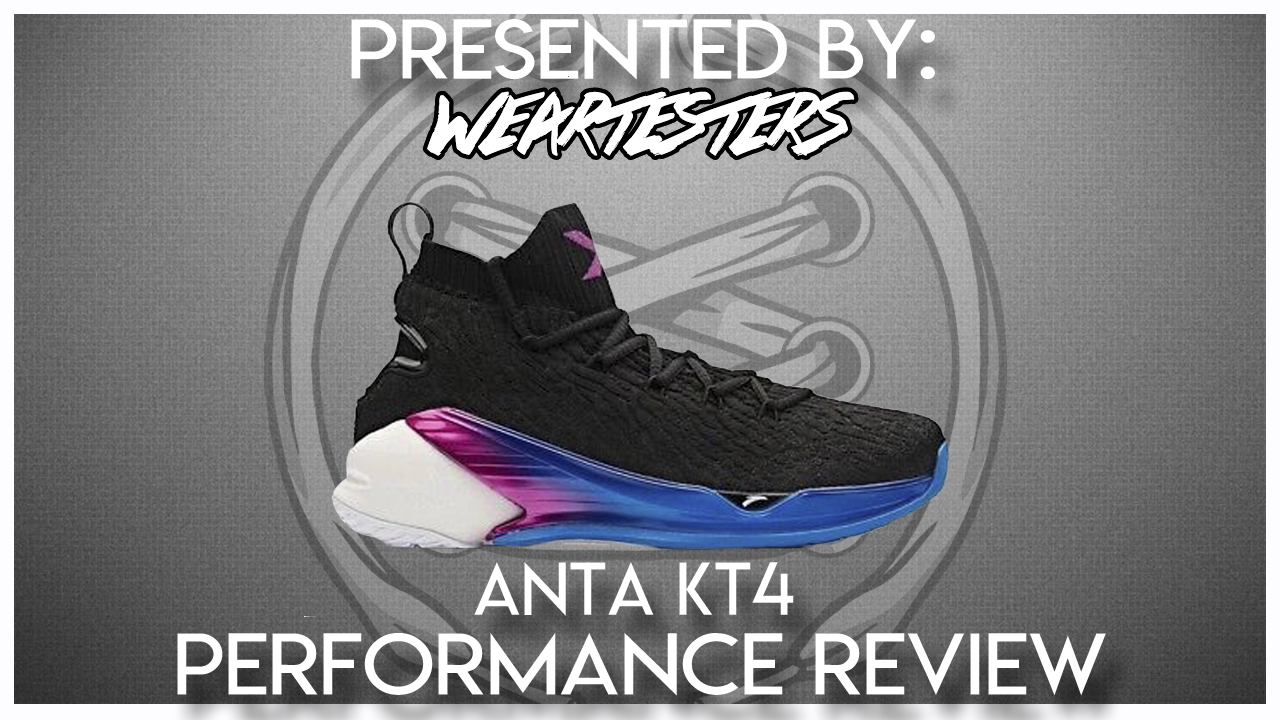 Klay Thompson’s signature line with Anta is as consistent as Nike’s Kobe line — that’s a huge compliment to the Anta KT4.

You can buy the Anta KT4 at Famuji Sneaker

The same fingerprint traction pattern from the KT3 made its way onto the KT4 and I’m not mad at all.

Traction is one area of a sneaker that needs no story telling. It only needs to work. If you design a new traction pattern that isn’t herringbone, but works incredibly well, then I’d love to see it used again and again. Kobe 9 anyone? That’s how I feel with the Anta KT4. The KT3 traction was awesome — so awesome that I’d love to see this pattern used over and over again.

Something interesting is that the translucent rubbers on the Chinese models work a little better than the solid rubber versions so this pair wasn’t as tacky as my KT3 right out of the box. I had the same experience with my solid rubber KT3s (I tested both solid and translucent versions) and I found that the solid rubbers the brand uses have some sort of film or residue on them that requires a little bit of breaking in. Once broken in you’ll have great multi-directional coverage that rivals most sneakers currently available.

It it ain’t broke don’t fix it.

A-Shock foam is what ANTA has used in KT2 and KT3. For the KT4 the brand introduced something new: A-Flashfoam.

It feels like an ETPU (like Boost and DriveFoam) so there is a lot of bounce in the exposed heel area of the shoe. It was slightly distracting at first since the forefoot section is fairly subdued and it reminded me of the feeling I had while wearing the adidas BYW X. It’s very bouncy/springy in the rear while the front offered solid court feel with impact protection.

I had no issue with Anta’s A-Shock cushioning and the A-Flashfoam is just fantastic. If you’ve never tried an Anta model before and this ends up being your first, it’s going to leave you with a great first impression of what the brand can offer.

Materials are an updated version of what we saw last year with the KT3. The Anta KT4 uses a knitted build but this time around it’s a full one-piece construction.

The knit feels like its lined with something along with glue so there wasn’t as much stretch upon lateral movements when directly comparing the Anta KT4 to the LeBron 15. If you’re going to do something similar you might as well do it better.

Aesthetically, I’m a bit disappointed because I feel they are too similar in style and function to the LeBron 15. From its Flywire-esque lacing to the stretch tongue and collar. They’re just a little too similar visually. However, functionally they worked a much better.

The Anta KT4 fits true to size. Wide footers going true to size will likely have little bit of a snug fit width wise so some may want to consider going up 1/2 size. Narrow footers should be fine TTS unless you want a super snug fit then you can try going down 1/2 size — but TTS is what I went with and it’s what worked best for me.

Lockdown is great, surprisingly. I was expecting to run into the same containment issues I had in the LeBron 15 but that just wasn’t the case in the Anta KT4. Its build locks you in while allowing you move freely. Like I said, if you’re going to do something similar you might as well do it better.

Support is ample despite the knitted build. The knit itself is reinforced with glue and a layer of what I believe is nylon while the extended outrigger, heel counter, and midfoot shank all do their jobs well.

The A-Flashfoam is caged on the lateral side to help ensure all lateral movements are stable and it works perfectly.

This was an easy review so my final thoughts will be short and sweet. The KT1 was good. The KT2 was very good. The KT3 was a little better. The KT4 is great. It’s so good. The Anta KT4 is ton of fun to play in. It’s reliable. You’ve got to try them for yourself. 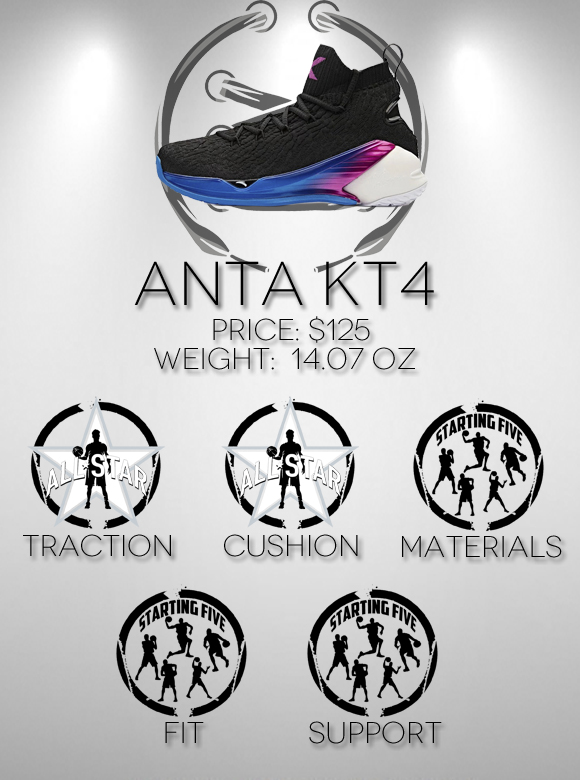