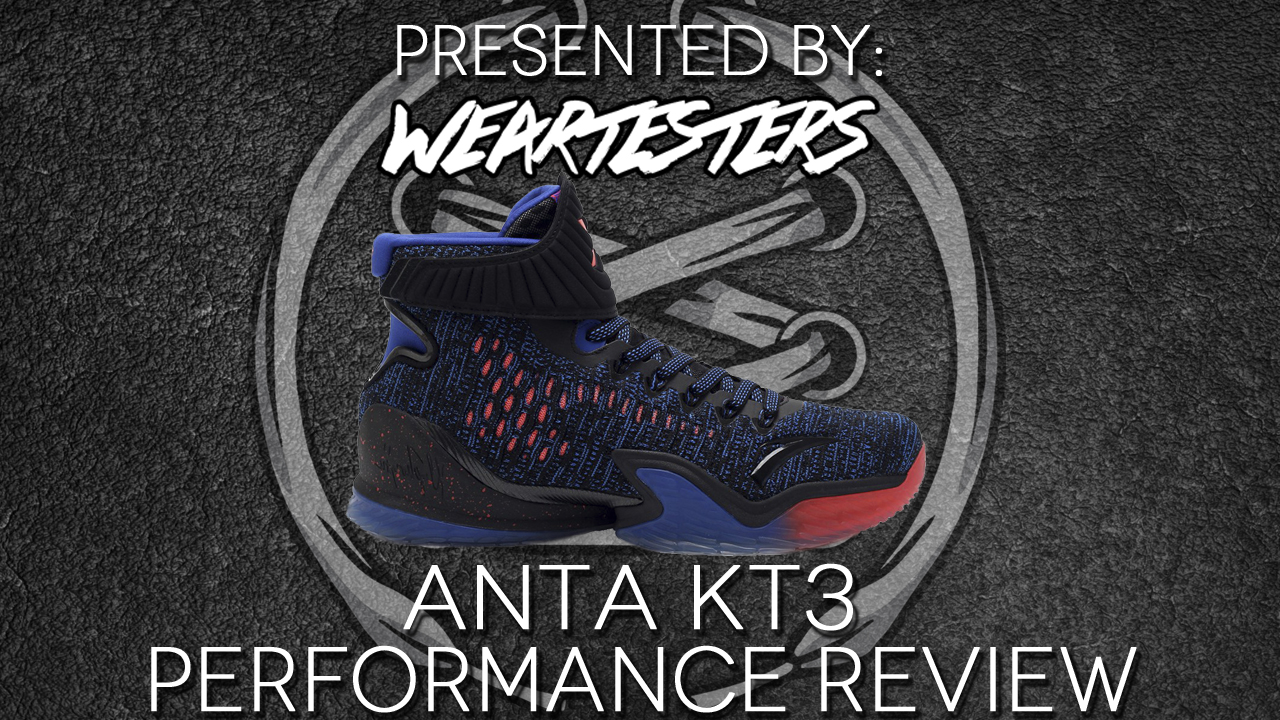 Up next, the Anta KT3 performance review.

You can find the ANTA KT3 now at Famuji Sneakers. Use code WearTesters for a small discount.

Traction on the ANTA KT3 looks like a finger print, à la the Air Jordan XX3, and like other circular patterns, it works wonderfully. When patterns use circles you end up with multi-directional coverage that covers almost any move the wearer can throw at it.

Widely spaced grooves made wiping the outsoles during games a rare phenomen. In fact, it was even rarer on the translucent rubber version even though that outsole attracted the most amount of dust. Not sure why, but I had a slightly better experience in the clear rubbered pair. Not to take anything away from the solid rubber version, which was very good, but this is one of the few times when I can say that the clear-soled version performed a bit better. Same courts and conditions, slightly different results.

Oh, and the new score badge. Basketball players likely already know what All-Star level means in comparison to Starting 5 and Hall of Fame, but just in cased you’re new and are unaware of the ranking system — it means it’s great.

The benched badge is obvious. Sixth Man = Solid. Starting 5 = Good. All-Star = Great. Hall of Fame = Amazing. I will be making a new page with detailed explanations on the badges soon — I’ve been really busy lately so I haven’t had the time just yet. I can’t remember the person’s screen name, but he gave a suggestion and I thought it over. I agreed that something in between Starting 5 and Hall of Fame was now needed so here it is. All-Star baby!

Cushion in the KT3 is very similar to what was used in the KT2. Anta was calling it ANTA-EVE but I’m not sure if that name is still floating around. Implementation is still pretty much the same; Anta uses an EVA midsole with two different density foam pads in the heel and forefoot. The only real difference here is that the heel is double stacked this time around.

In terms of feel, these aren’t as plush or bouncy as the KT2. This time around it feels like the forefoot area heavily focuses on court feel while the heel focuses on impact protection. I don’t use my heel that often but if it ever hits the ground it’d be covered.

There is a noticeable heel to toe drop in the KT3. Most shoes have one but I rarely ever notice it when it comes to basketball shoes. Runners are pretty noticeable but hoop shoes not so much. This didn’t negatively affect things as far as performance or transition, but it was just a little weird at first because it isn’t what I’ve come to expect over the years. You will get used to the feeling pretty quickly, but it was something I feel should be noted.

Materials have been very basic for the KT line up until now. While we’ve seen Anta use knitted materials on the KT1 and KT2, the materials were only used on the post season model of the shoe. This time around we get knitted uppers right from the jump — and I love it.

The materials have been durable and comfortable fresh out of the box all while being supportive. The knit is not free of glue and there is nylon backing it, but if you’ve played in the Nike Kobe 10 Flyknit and enjoyed the materials there then you’ll love the materials here because they aren’t as stiff as the Kobes.

The KT3 fits true to size and I would recommend going true to size no matter what type of foot shape you have. Extra volume in the toe is present, and while it wasn’t a deal breaker, it’s my one gripe with the shoe. I prefer my shoes to be a little more on the snug side.

While the last used here offers a bit more volume in the toe than what I would have liked, I was still comfortable playing in the shoe. Never did I feel like the fit was sloppy because of it. However, I would have loved it if Anta had used the same last that was used in the KT2 on the KT3.

Yes, the KT2 felt a little suffocating at first but as you broke in the shoe it felt awesome. With the knitted upper I feel the fit would have really benefited the wearer over time as the knit would have stretched around the wearer’s foot to offer a custom-like feel once broken in. Again, this isn’t a deal breaker because the shoe’s overall lockdown is very good, but it’s something that I feel would have made a great shoe even better.

But wait. What about the strap? Well, that part of the shoe is pretty useless. It tightens the ankle collar up ever so slightly but it doesn’t do anything to draw the heel into the back of the shoe and keep it contained — the lacing system does a wonderful job with that all on its own. The strap is pretty much an aesthetic piece but not a functional piece. Maybe not exactly what Anta was going for when it added it to the shoe but it is what it is. In the video I show where I feel the Velcro panels should have been placed to achieve the lockdown I think the brand was going for.

I have nothing to really complain about with the support in the KT3. Everything you need is there and it all works well. If it wasn’t for the lateral midsole being extended up to contain the forefoot I think the volume in the toe would have become an issue, but luckily it’s there and keeps things under control. Klay Thompson is a shooter, but he’s also much more than that. He’s a lockdown defender and needs to remain mobile while still being supported. This shoe covers all the bases. Whether you’re a mobile player or a spot up shooter, the Anta KT3 will be able to handle whatever you throw at it.

The Anta KT3 is a great shoe. My only gripe is that I would have preferred that it fit like the KT2 did with this new material setup, but it isn’t something that will keep me from playing in them again.

Between the Dame 4, Curry 4 and KT3 I have one hell of a lineup to choose from on any given night. Well, that is if I was allowed to wear whatever I wanted instead of moving onto the next shoe to test. First world problems. 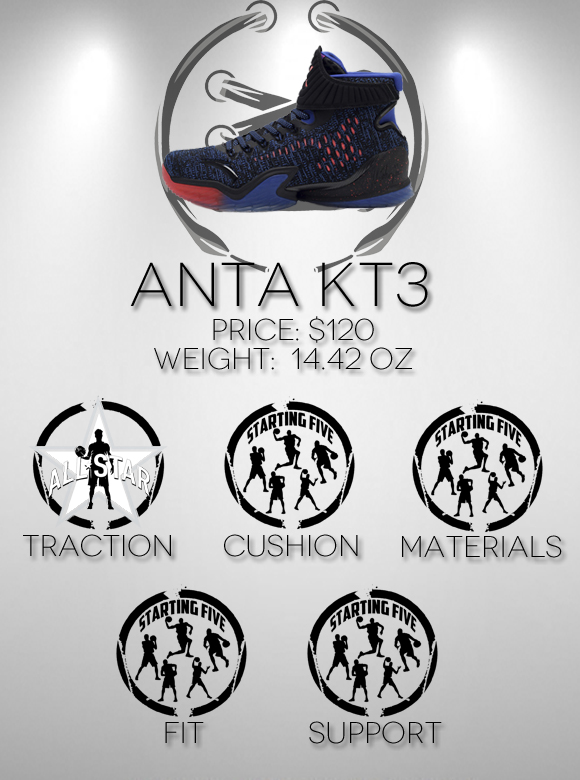