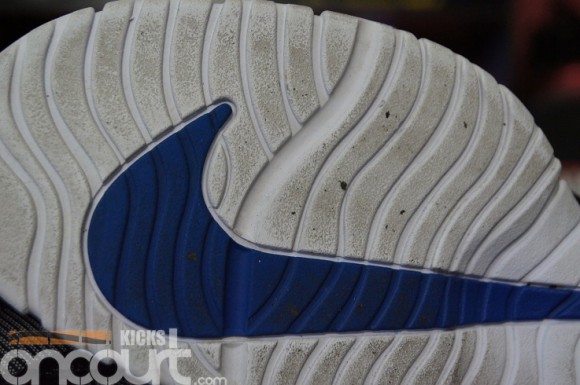 Traction – While the surface available doesn’t look appealing, it’s actually pretty useful for the most part. Not the best ‘flat surfaced’ traction pattern available but still adequate enough to do the job on clean floors while dusty courts you will want to keep up with periodic wipes. Front to back movements were perfectly fine, allowing you to stop just as quickly as any sneaker. Medial and lateral movements were fine as well as you were held to the court without any slipping issues. The Air Penny I’s outsole is thick so outdoor use would be great if you wanted mid 90’s styling in a performance shoe. There is only one thing that could potentially hold you back and that’s the overall inability to flex. Quicker lightweight Guards may want something a bit more flexible in order to perform quick movements without delay. Other than that the traction was good enough, even today. 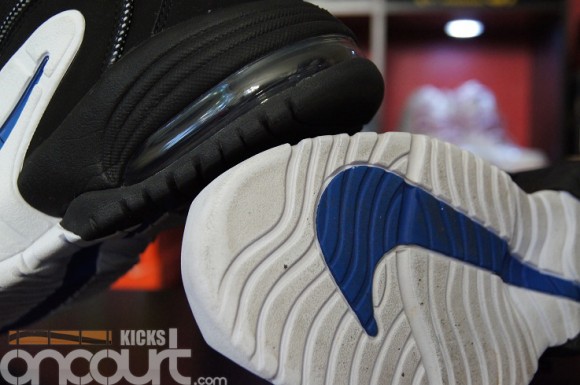 Cushion – Forefoot Zoom Air and heel Air makes for a comfortable ride. The Phylon midsole will take some time to break-in but once that’s over with you have a responsive forefoot with heel impact protection. With the thinner Air unit in the heel you won’t feel unstable at any point in time like you could in the newer style 180 Air Max units which is something that I personally prefer. Overall cushion is not quite the same as the Original version but it’s good enough to take care of you from heel to toe. 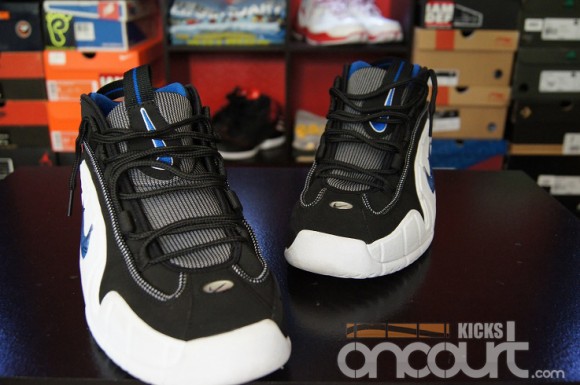 Materials – The materials vary depending on the colorway, usually you have nubuck or leather based versions. This Retro doesn’t feel as nice as actual nubuck… could be synthetic nubuck or really cheap nubuck but either way it was decent at best. Having a nubuck upper will reduce break-in time along the upper and with all the support these offer that’s pretty much perfect as having a leather upper would add additional stiffness prolonging break-in time.

Fit – The fit is a hit or miss. I went down ½ size than my usual size to ensure a snug fit and while that worked there was very little wiggle room. Forefoot and midfoot lockdown was nearly perfect. Phylon wraps up the foot and works in tandem with the lacing structure ensuring a secure fit in those areas. Unfortunately the heel lacks lockdown. It wasn’t lacking to the point to where they aren’t safe to play in but it’s noticeable while moving so securing the heel would have had a less slapping feeling at times. Their overall fit is very similar to the Reebok Question so if you prefer to have a slightly loosened up fit then these would work out fine for you. 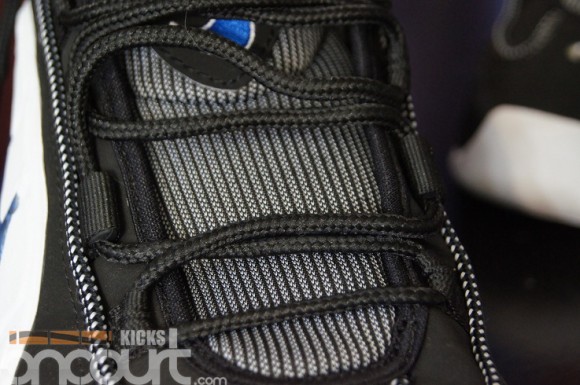 Ventilation – Simply put… there isn’t much of any. The tongue is the only area that will allow heat to escape but it’s very minimal. 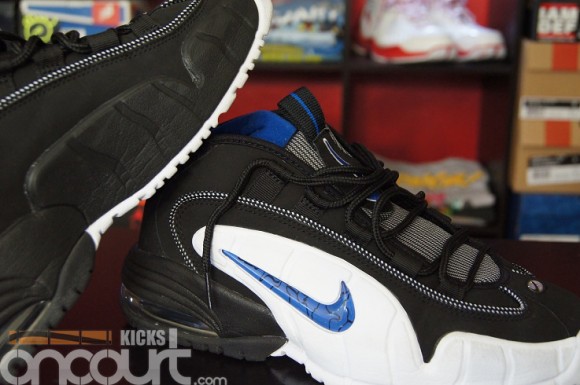 Support – This was the Air Penny I’s best attribute overall. The wing located on the lateral midfoot really kept the foot in place and worked well with the lacing structure while the medial side offered a lowered Phylon section that allowed for some additional range of motion but kept the foot from moving side to side. If the heel would have had better stability then these may have received a near perfect score in the support department. 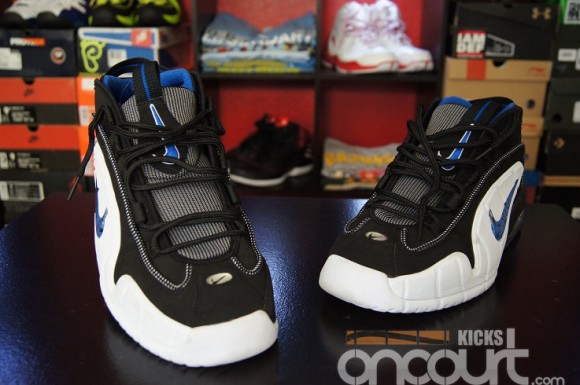 Overall – Not a bad shoe at all. It takes time to adjust if you are used to having more flex in the forefoot but after a long break-in period then everything is pretty smooth. Stability and support are the Penny I’s key features while cushion isn’t far behind once things start to soften up. I would recommend this shoe for larger Guards and power players… us lightweight may want something a bit less ‘thick’ so to speak. 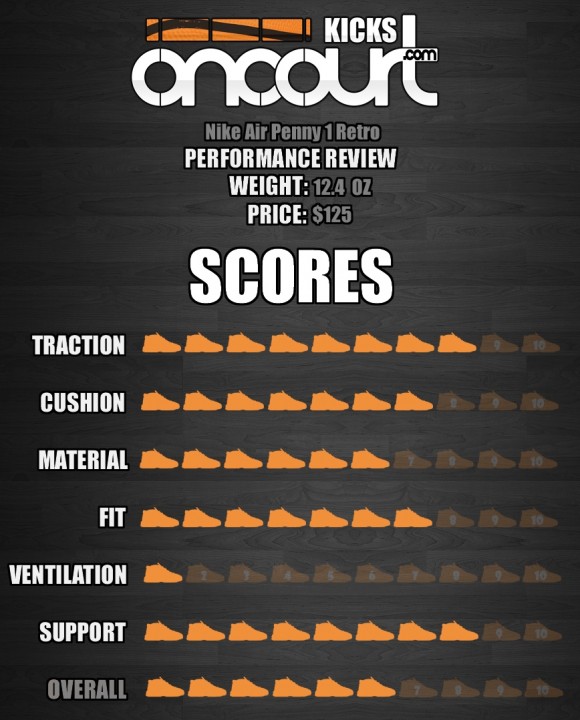