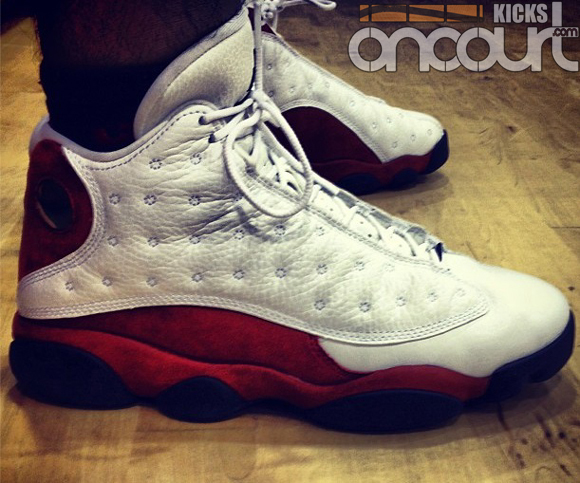 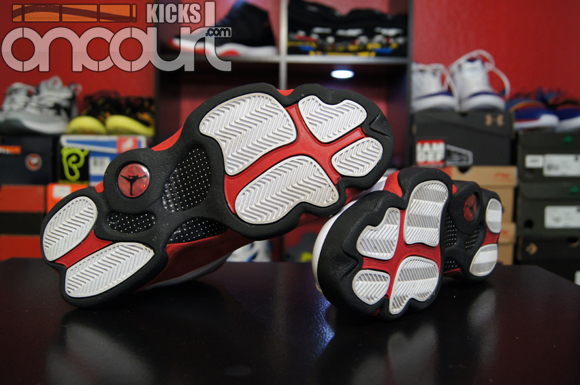 Traction – I’ll admit I was disappointed with the traction at first. It just wasn’t as awesome as I remembered it being with the Original and first round Retro releases. However, if you stick with it… the traction will break-in and give you plenty of coverage on the court. Lateral movements and front to back coverage are plentiful yet offer little restriction with movements – thanks to the much lower profile as opposed to the Air Jordan XII.

After nearly a week’s worth of playing, the traction was just as I remembered it being back in the day. 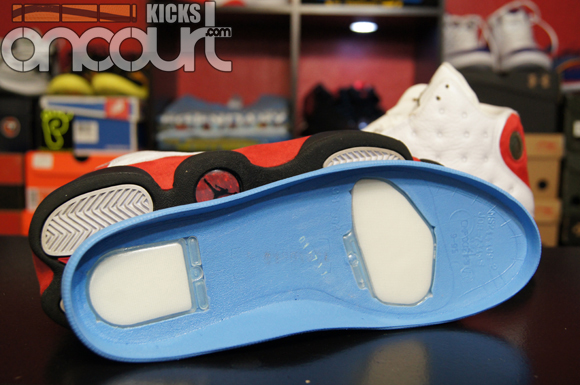 Cushion – Heel and forefoot Zoom Air cushion. It’s responsive, resilient and comfortable. No, it’s not quite as springy as the Air Jordan XII but as I mentioned above, you have much better court feel with the lower profile so you can pretty much have whatever ride you see fit – between the AJ XII and XIII.

On a personal level, I liked the feeling of the XII more but the lower profile ride of the XIII… I can’t have everything. 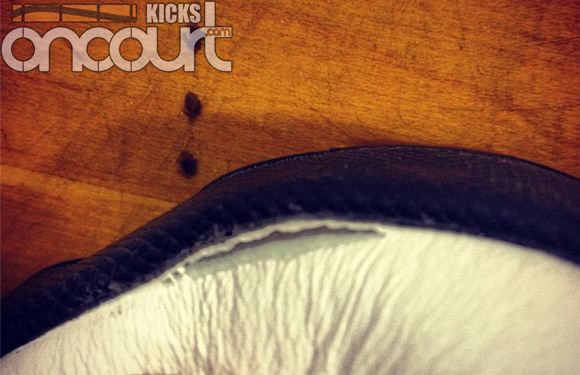 Material – The materials aren’t too great but they could be worse. At least the PU coated leather breaks in nicely – more than I can say for other models like the recent White/ Cement AJ4. My main gripe with PU coated leather is that the coat can be unpredictable. At times its durable as hell while other times it peels away from the leather as its bond to the glue is much stronger than the bond to the split grain leather.

The overall durability is still there it’s just that you will have sections that look like sole separation – which this isn’t… trust me, I know the difference. You can play in these like this just fine as I have been but it’s disappointing to see more than anything. If you choose to play in the most recent releases then this shouldn’t happen as those have slightly better quality.

Fit – These fit true to size while the most recent feel like they have a lot of dead space in the toe. Anything released from 2012 to the present time I would go ½ size down for a snug fit. If you wish to remain with your regular size and you feel that there is too much space, just put an additional insole in the shoe and you should be fine.

Lockdown is awesome, plain and simple. After a short break-in period the leather will soften up a bit. Once you readjust your laces then your foot won’t be going anywhere. 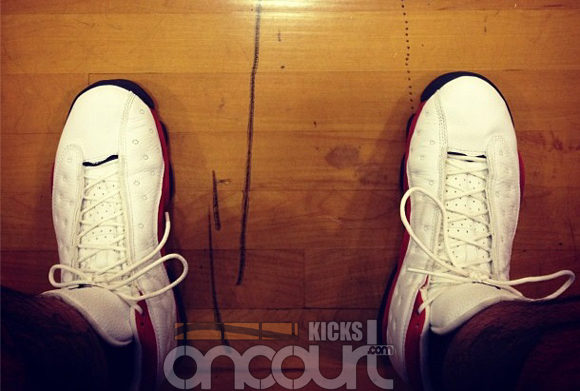 Ventilation – There isn’t any… I actually had sweat bleeding through to the red suede some nights. Doesn’t bother me at all but those who require well ventilated shoes… you won’t find it here. 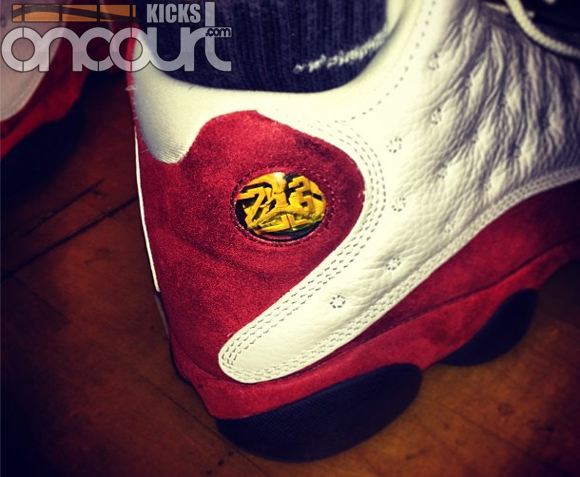 Support – Overall support is great. The Carbon Fiber adds torsional support and minor arch support – those with high arches usually will require the use of orthotic inserts.

The fit its great and provides plenty of support and the base is nice and wide which does take some getting used to but once you adjust, you’ll be busting moves with more confidence than before. 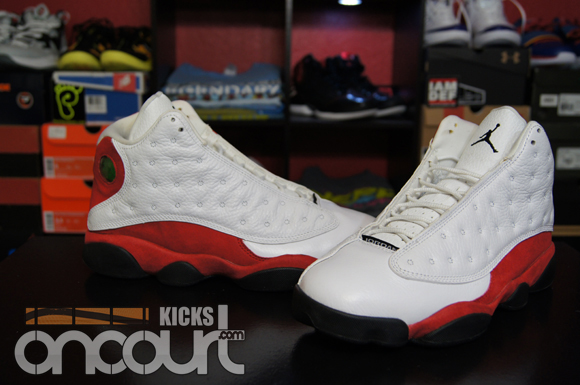 Overall – 15 years later and these are just as fierce on the court as they were before. The Air Jordan XII and XIII are forces to be reckoned with on-court. There are some minor setbacks in terms of material quality but for the most part I think these still performed just as good as some of today’s sneakers.

The Way of Wade played pretty similar when I think about it… and I really liked those. 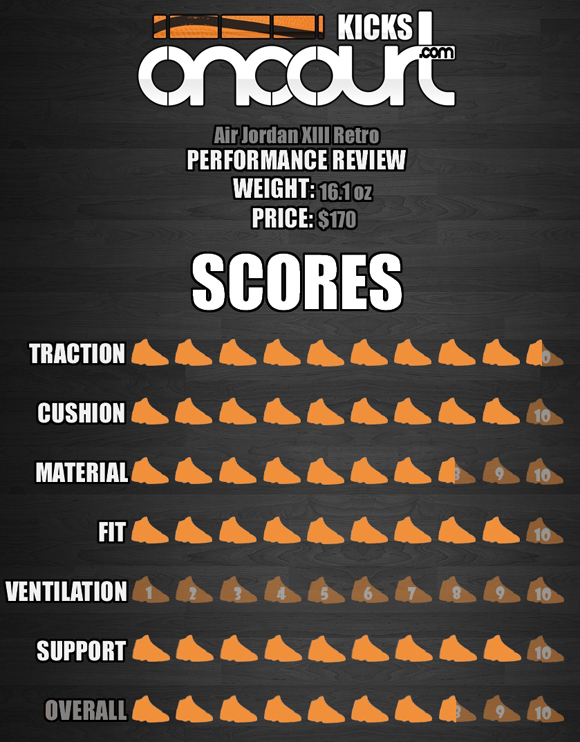