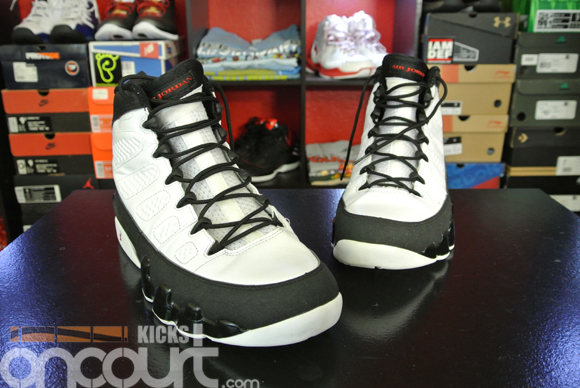 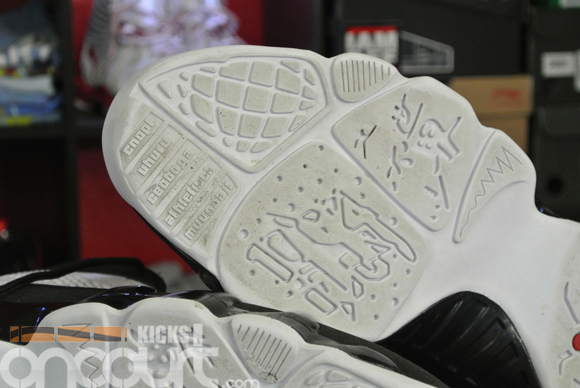 Traction – Just like the previous Air Jordan models that feature a flat traction surface, there were no issues. The flex grooves and natural shape helped movement and flex which also allowed the foot’s strike zones to be on the ground at all times. Now that I think about it, the outsole is probably the shoes most notable feature… both design and performance wise. 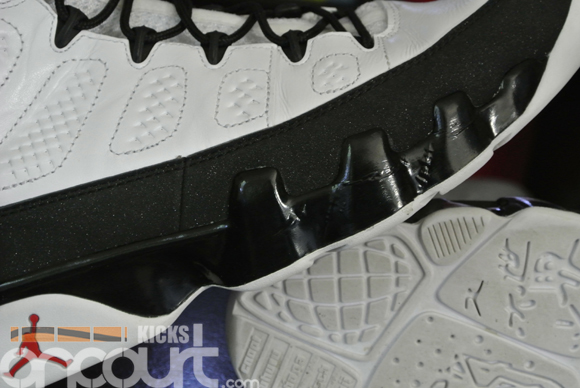 Cushion – Two Air units are found – one at the heel and one at the forefoot – which are housed inside of a Polyurethane midsole. At first, cushion starts out a bit rough but once you get going things become easier. You can begin to feel a slight bounce within the heel – a nice feeling to have – upon strikes while the forefoot remains minimal to allow for greater court feel. Probably not the ‘best’ cushion you could have on-court but it’s definitely not the worst. I will say that the PU midsole is much more forgiving than what’s used on the AJ3… either that or the Air units are larger… it could be both – I’m not taking these J’s apart to find out. 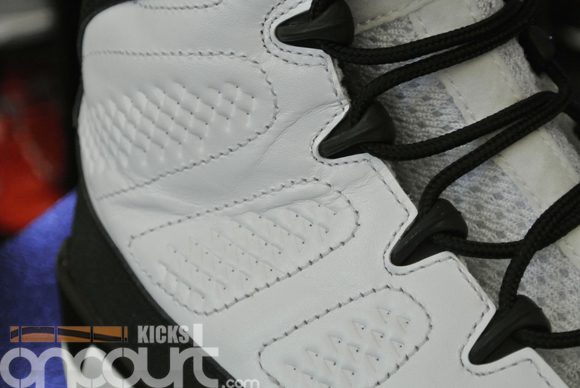 Material – The material and fit were the AJ9’s worst attribute. When you have cheap split grain leather with overlays of additional split grains along with the PU coating, you get a pretty solid fitting shoe with enough support throughout. Unfortunately these only have one piece of the thinner split grain which is then attached to another thin layer of nubuck – or whatever the heck that sparkly black material is.

Every piece of a performance shoe is supposed to work in tandem with each other and in this case it doesn’t. This is the first time where I felt as if the materials weren’t going to be able to hold up… and I’m not even a big guy so I would hate to see what happens if a larger player were to rock these on-court.

Fit – They fit true to size but they pinch a bit at the sides. I’d suggest going up ½ sz… if you don’t you could end up like THIS…

The fit wasn’t too great either. Usually inner sleeves work well inside a sneaker but the inner sleeve felt as if it was staying with my foot while the rest of the leather upper wanted to go in a completely different direction. Playing in a shoe like this you begin to understand the advantages of ‘newer’ tech… mainly synthetics like TPU/ plastic – like what is used for Fuse material. 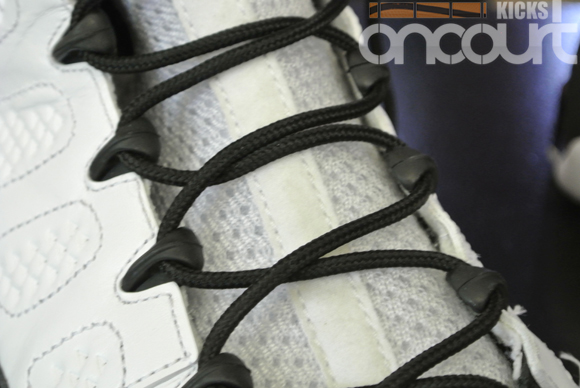 Ventilation – This was average. The sleeve allows for heat & moisture to escape but the leather isn’t breathable so a lot of moisture stays locked inside the shoe. Any ventilation issues could have easily been the culprit behind the sloppy fit. 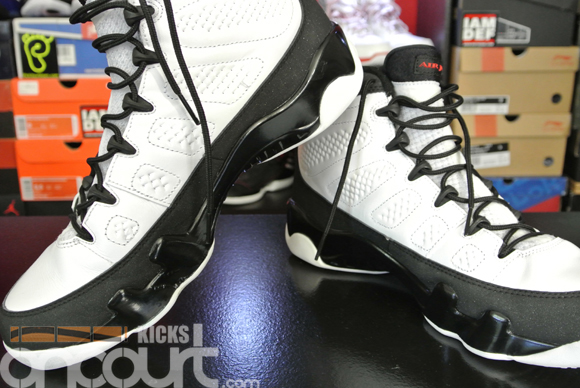 Support – The support is pretty basic because of the material and fit inability to properly function. There is a molded arch so they get some points but for the most part… you can get more support by going barefoot. 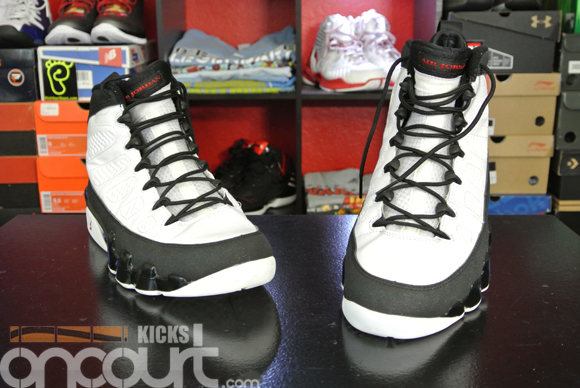 Overall – They were fun to play in but you could easily roll an ankle in the Air Jordan IX. It’s a shame too because they offer great traction and adequate cushioning & they don’t look half bad either. If I were going to pick an early model Air Jordan to play in it would be between the AJ7 or 8… if I wanted to go way back into the vault I’d go with the AJ3 & 4… maybe even the 1 too.

I am happy that I’ve gotten this far without injury. In my eyes the hard part is over and now it’s on to the more ‘updated’ models. Not only am I going to find out which Air Jordan from 10-23 plays best but I’ll also figure out which Retro models were cheaply made… to a point in which in effects their performance. 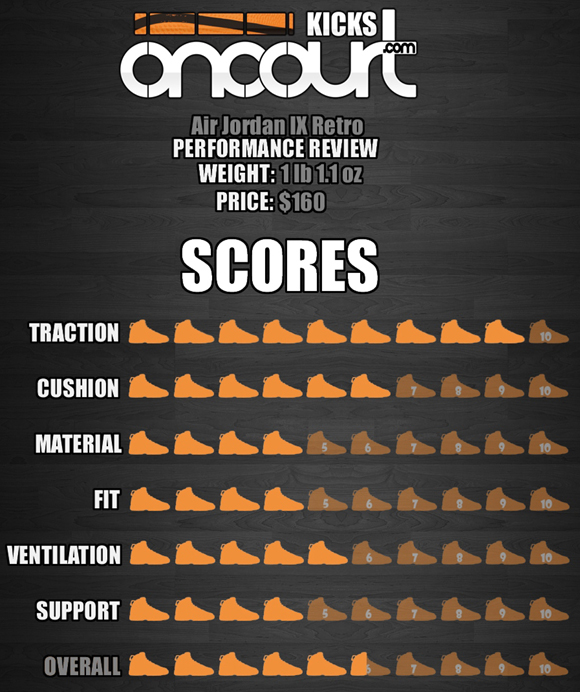